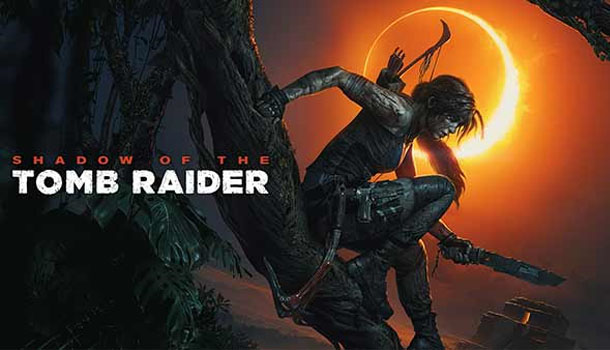 Square Enix®, Eidos-Montréal™, and Crystal Dynamics® announced today that Shadow of the Tomb Raider is being developed on the NVIDIA RTX platform and will be among the first games to feature real-time ray tracing as a rendering technique. The stunning results can be seen in the worldwide premiere of a Shadow of the Tomb Raider technology trailer released for Gamescom 2018.

“We had an excellent partnership with NVIDIA on Rise of the Tomb Raider,” said Rich Briggs, Senior Brand Director at Crystal Dynamics. “Now, thanks to NVIDIA RTX technology, we are pleased to announce that Shadow of the Tomb Raider will, quite fittingly, feature real-time shadows.”

“An iconic pop culture figure like Lara Croft deserves the cinematic treatment that ray tracing can deliver,” said Tony Tamasi, senior vice president of content and technology at NVIDIA. “As soon as we first experienced NVIDIA RTX in our lab, it was clear that Square Enix, Eidos-Montréal, and Crystal Dynamics would be ideal partners to debut it with.”

Real-time ray tracing is an innovative rendering technique in the PC version of Shadow of the Tomb Raider, available on the Steam marketplace. Long considered the definitive solution for realistic and lifelike lighting, reflections, and shadows, ray tracing offers a level of realism far beyond what is possible using traditional rendering techniques. Ray tracing has been used for years to pre-render life-like worlds in movies. Until now, it has been too demanding to be practical for real-time, interactive gaming, which requires fast frame rates and low latency.

In Shadow of the Tomb Raider, Lara must master a deadly jungle, overcome terrifying tombs, and persevere through her darkest hour. As she races to save the world from a Maya apocalypse, Lara will ultimately be forged into the Tomb Raider® she is destined to be.

Created by a team of veteran TOMB RAIDER developers at Eidos-Montréal, in collaboration with Crystal Dynamics and Nixxes, the game will be available on September 14, 2018 for the Xbox One family of devices including Xbox One X, PlayStation®4 computer entertainment system, and Windows PC/Steam®.