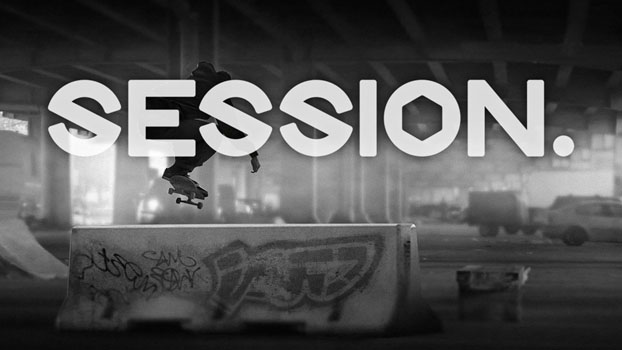 Skateboarding hasn’t really been an activity that I’ve participated in, and most of my videogaming experience with a skateboard has been via the Tony Hawk series. This means that most of my familiarity comes from nailing highscores, hammering controller buttons to execute tricks, and a general lack of understanding of just how complicated riding a board and performing the most basic of tricks can be. Playing Session, which comes from Montreal-based Crea-ture Studios has been an eye-opening experience, and although the game is currently only available in Game Preview on Xbox One, there’s enough on offer to give skateboarding fans hope for a great new title in the genre.

The most interesting aspect of Session is the distinct lack of flashiness that the experience provides. Game Preview titles can often have a minimalist feel as their pre-release focus is on gameplay, but in the case of Session, this feels like a definite choice on the part of the developer, and I wouldn’t be surprised if the final product looks somewhat similar. This isn’t the kind of game where you can skate as Spider-Man, or where you’ll be smashing through windows and rocketing around Area 51. Session’s mechanics mean that you have to be paying attention to even pull off an ollie or grind for a short distance. 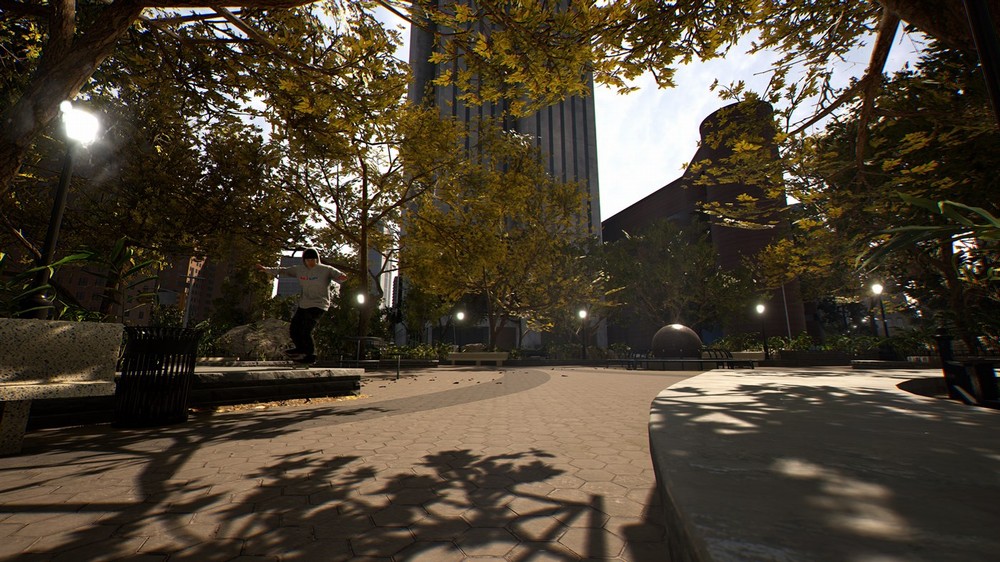 Controlling your board in Session requires a fair amount of dexterity, as you’re required to use both triggers and analogue sticks in unison to move successfully. The triggers control the board, with turning being controlled by pressing the respective side on the controller, while the analogue sticks control the placement of the rider’s feet and can be used to execute jumps and perform tricks. These controls allow for a greater sense of responsiveness than I’ve experienced before, and while they’re intuitive and easy to understand, they come with a definite learning curve that allows for an excellent sense of achievement once you manage to pull off an especially complex maneuver. You’ll also be spending a lot of time watching your rider ragdoll over the various obstacles in whichever environment you’re in, and while some of these falls had me laughing out loud, they made me realize that you need to come to Session with a good deal of patience and the desire to practice a trick over and over until you get it down.

The visual design of Session helps with the ability to practice your tricks, as the close-in camera focuses on the board instead of the rider, meaning that you can get a good view of where you’re going wrong and work on those incremental gains to get better. It feels like you’re being followed by another skater holding the camera, and this makes the experience seem like all of your tricks are being filmed for one of the skateboarding montages that seem to find their way onto late-night TV. This feeling fits perfectly with the vibe that Session is going for, and the fact that the game includes a video-editing function means that you can create your own series of tricks and share them with your friends, almost as if you’ve produced your own VHS tape and shared physical copies. 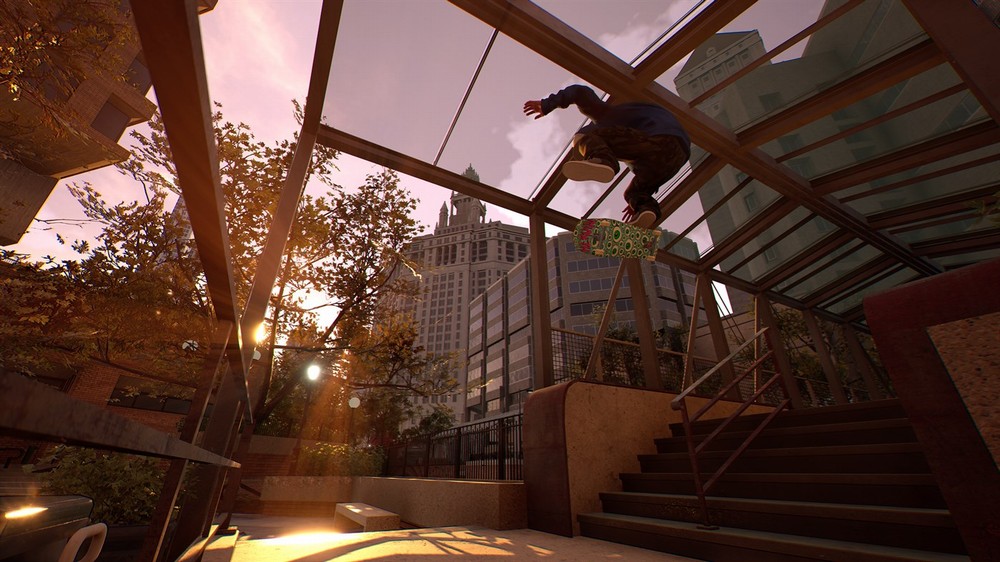 One area that I did find the current build of Session to be lacking in was the fact that there doesn’t seem to be a sense of purpose or progression in the game, aside from learning and executing new tricks. As part of the Game Preview program, Session has a number of experimental features including daily and weekly challenges, but I found that when I was struggling with the game, these weren’t enough to give me the necessary drive to persevere and break through the barrier that I was having trouble with. There are a number of other experimental features included, such as the ability to play S.K.A.T.E., and while these are all interesting and hold promise for the full release, I found that there often wasn’t enough within the current package to encourage me to keep returning.

In terms of environments, Session currently presents the option to skate in five different locations, including city streets, underground parking lots and skate parks, and though these areas are reasonably small, there’s enough within them to be able to build a good line through each, and each area feels deep enough to be able to make a run feel like your own. Unlike some of the more casual skateboarding games that I’ve played previously, Session requires you to think about what you’re doing and plan your movements before trying to pull them off, and even small drops or ridges can cause you to come off of your board. This isn’t the kind of game that you can succeed in by flying at the edge of your pants, and it’s the better for it: you need to be aware of what you’re doing and why, and the sense of satisfaction at the end is much greater because of this. 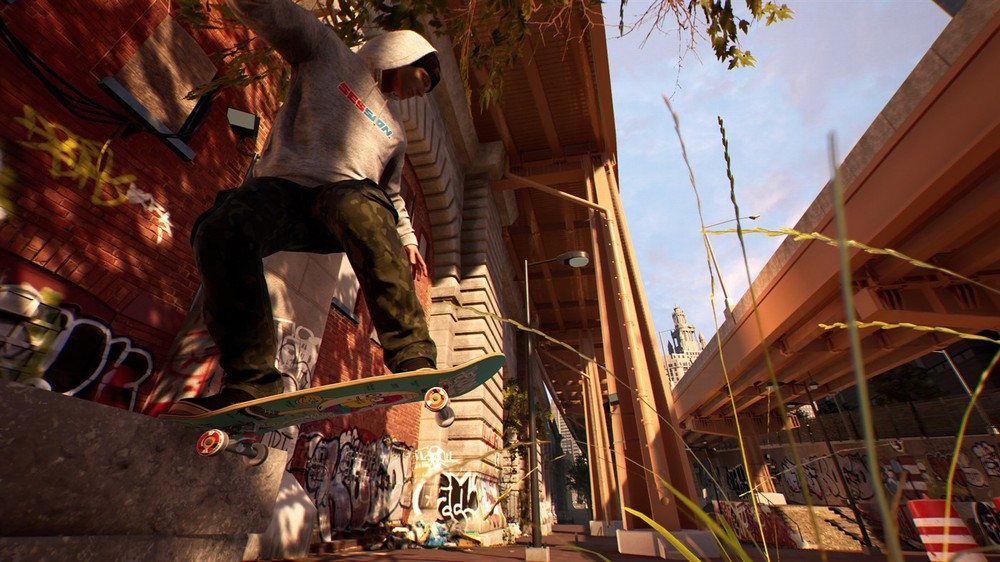 In its current form, Session is an interesting game to try and recommend, as it definitely feels more like a proof of concept than a full experience. What can be said about it, though, is that the skateboarding mechanics feel great, and although it doesn’t hold your hand at all, the controls are intuitive enough that you can feel yourself learning and getting better each time you play. Personally, I would be looking for a little more structure to the experience, with a little more push from the game to tell you what you should be doing next, but I feel like that might be going against the essence of skateboarding culture and probably highlights my lack of imagination more than any fault of the game. If you’re looking for a well-executed and intriguing skateboarding game then Session is well worth checking out, and I’m definitely going to be keeping a close eye on it in the run up to a full release.