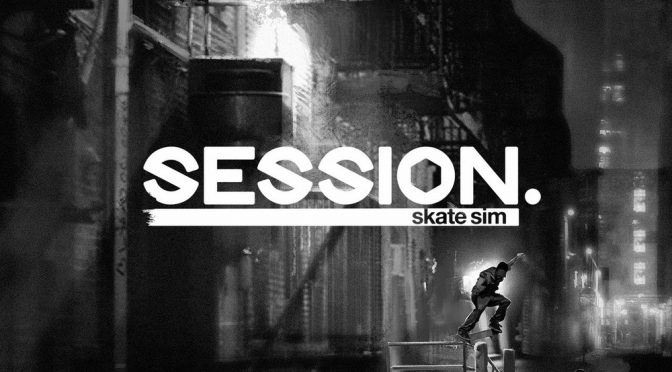 I can’t skate. It was never for a lack of trying, but I always suspected that my boards throughout the years conspired with gravity to get me to quit. They were successful. Pushing into my thirties, I am officially retired from ever being “in the scene”, but now Session: Skate Sim, from Crea-ture Studios Inc, is looking to give everyone the full skating experience, minus the scraped elbows and broken bones. Currently in preview, Session has its issues, and learning its mechanics can be just as frustrating as learning to skate in real life. Those willing to stick it out though and dig a little deeper will find a rewarding experience that rivals a real skate session. 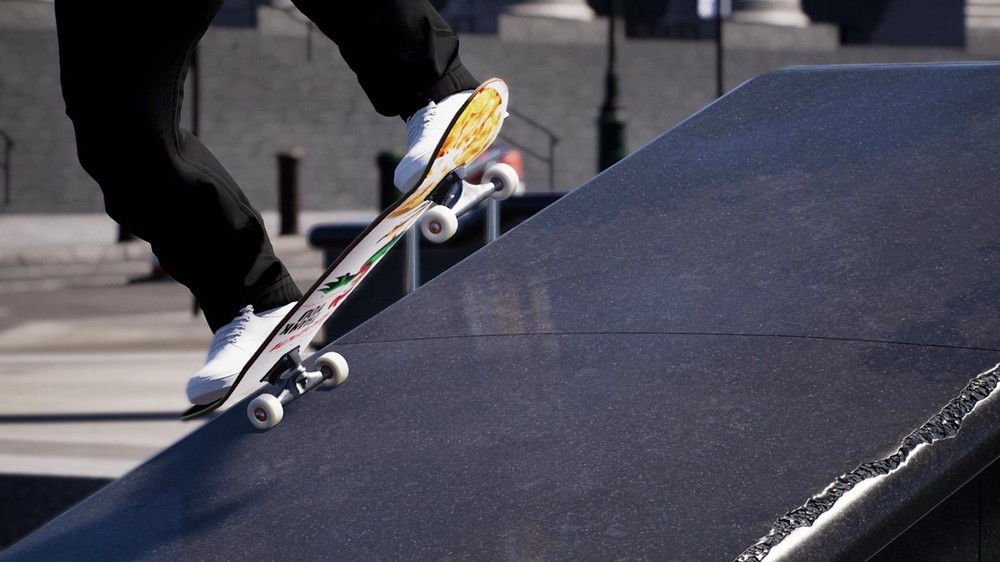 When Skate landed on consoles in 2007, players flocked to it, embracing the sim-like mechanics never before seen in the genre. Session takes things further with each foot being controlled by a separate thumbstick (sorry folks, no mouse and keyboard support). To pull off an Ollie, you’d hold down the right stick, and flick the left stick up. A kickflip – right stick back, left stick right. If you’re goofy-footed, take everything I just said and flip it.

Kicking, stopping, and getting off the board are all tied to face buttons while turning is tied to the left and right triggers. This can all be a bit much just getting started. Thankfully Crea-ture has included an assist mode for new players to help get them acclimated to the mechanics. It still takes some time to learn, but assisted mode will keep you from spending a majority of the time on your ass. Players new to skating will still spend early hours fumbling tricks and missing rails, but the payoff eventually comes when you start landing tricks. Nothing is more satisfying then hitting that kickflip or landing a nosegrind on a long rail. 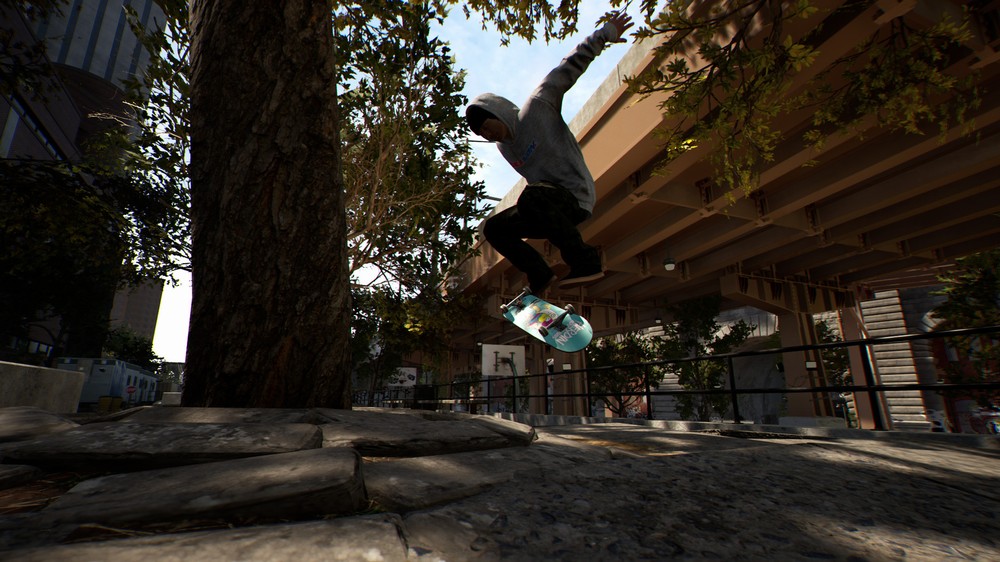 Story missions have also been added with the latest patch. Light on an actual story, these missions introduce players to the different tricks in their tool belt and how to pull them off. It’s a bit irritating that learning certain tricks and completing its accompanying mission are tied to certain locations. One mission had me landing manuals on a small platform. This was fine at first, until the manuals eventually got more complicated (I, for the life of me, could still not tell you what defines a switch manual). My time was better spent skating around, ignoring missions, and just discovering things for myself. 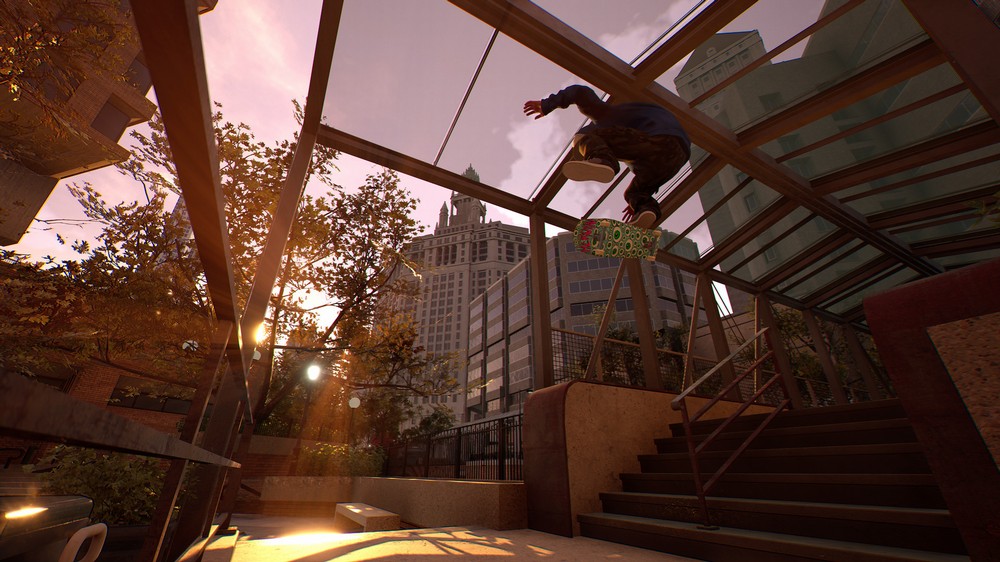 Therein lies one of the highlights of Session. Just skating around looking for spots to pull of tricks. At the time of this review there are nine maps spread across New York and Philadelphia. Players can easily access each map in the menu or travel there via a bus stop menu or your board. Maps vary from parking garages to parks and bridges. Crea-ture highlights some maps as legendary skate spots (such as Black Hubbas and FDR park), but to the untrained skater eye, these can come off as just another set of stairs to ollie and rails to grind. Don’t get me wrong, the maps are great and offer enough variety across them, but at the end of the day I just wanted a set of stairs I could pull off flip tricks on for my camera. 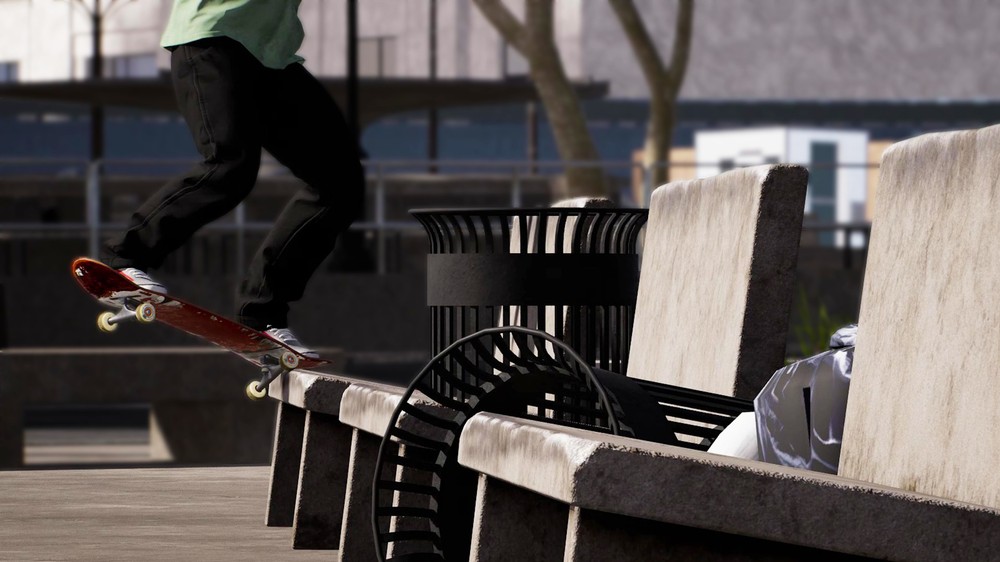 Session fully embraces the clip aspect of skating. If you’ve ever wanted to create a skate clip, but can’t skate to save your life, Session is your best bet at skateboard clip fame. Players can open film mode from anywhere in the game instantly. The level of customization here will leave you feeling like you a real film crew. One standout is the fisheye lens that gives you an instant nostalgia kick if you’ve ever watched old skater videos.

On the skater side, there is some customization to be had. Players can change their apparel and customize their board with different decks, trucks and wheels. Some familiar brands are present like Fallen and Grind King (among others), but you can definitely tell there’s room to grow here as the game barrels toward 1.0. 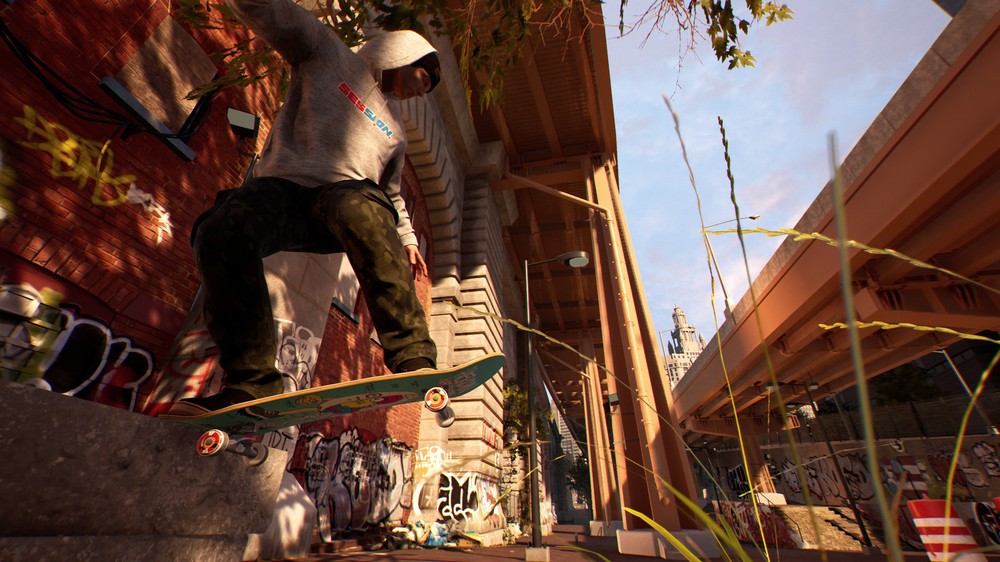 Players looking for more of a challenge also won’t be disappointed. The game comes with 4 difficulty settings and mechanics can be tweaked as players see fit, with some settings including wheel grip, truck tightness, and even adding pedestrians to get in the way of landing tricks. I was still fairly new to the mechanics when switching into the harder difficulties, but I could instantly tell there was a difference in my skating. I wasn’t landing every flip trick, and actively needed to push down on both thumbsticks to make sure my skater was landing his tricks.

Session: Skate Sim is a great option for anyone tired of the long wait for the mythical Skate 4. With a focus on realism and a detachment for scoring systems, Session feels like a love letter to skate culture and everything skating. With more time to cook before its 1.0 release this fall, Session is looking like it could set the standard for skate sims to come.