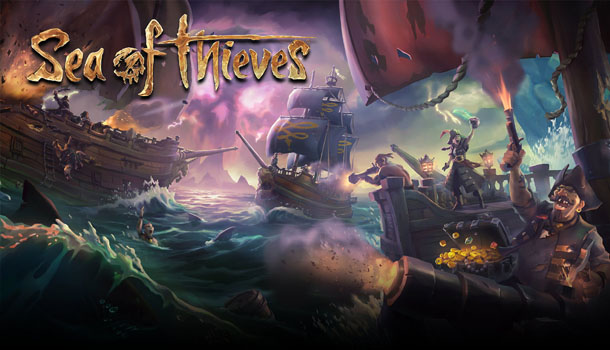 Sea Of Thieves is a great multiplayer experience… if you can play it under VERY strict and VERY specific conditions. Outside of that, well- that’s when things get hairy.

The game sets you up with a base character that’s randomly generated- you can re-roll your appearance, but the opportunity to further customize your character isn’t offered. From there you select between two different-sized ships, and set up your crew. While you can play the game as a single-player experience, I really, REALLY wouldn’t suggest doing so. It’s technically possible to do so, but is just about the furthest thing from an enjoyable experience you could imagine. 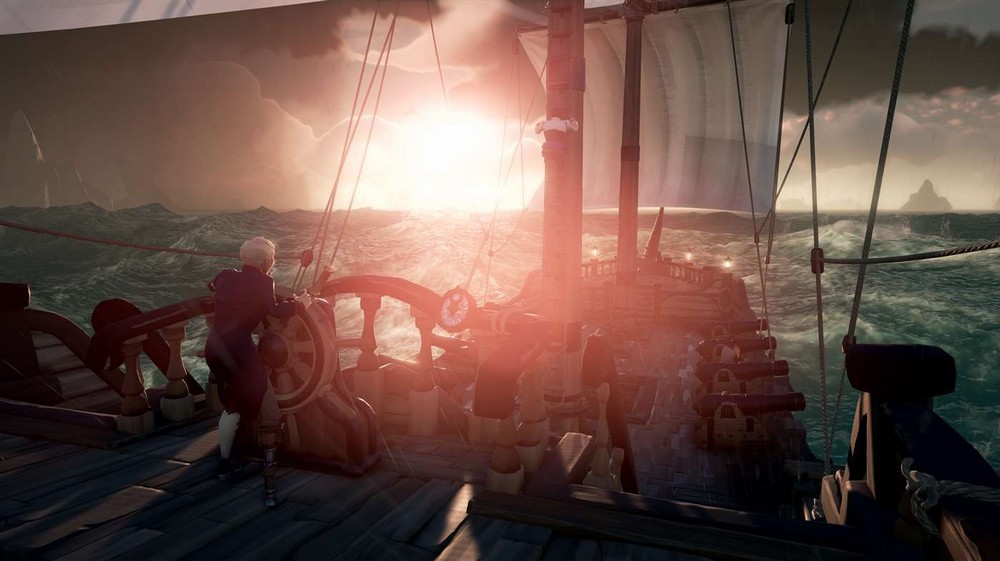 The game almost demands another 2-3 players join you as managing your ship requires several different tasks all being done at the exact same time. Raise the anchor, plot a course, set sail, manage the wheel. I tried my best to play several hours doing these things on my own, and it just wasn’t worth it. Add to that getting into random fights, and then you’re talking about managing the cannons and repairing your flooding ship on top of all that.

You also have the option of playing the game with random players as your crew. This also isn’t suggested. More often than not, you’ll get dropped into a game with one player who isn’t really there, two kids, and a jerk that immediately steals the ship and sails away. And only the kids have mics. 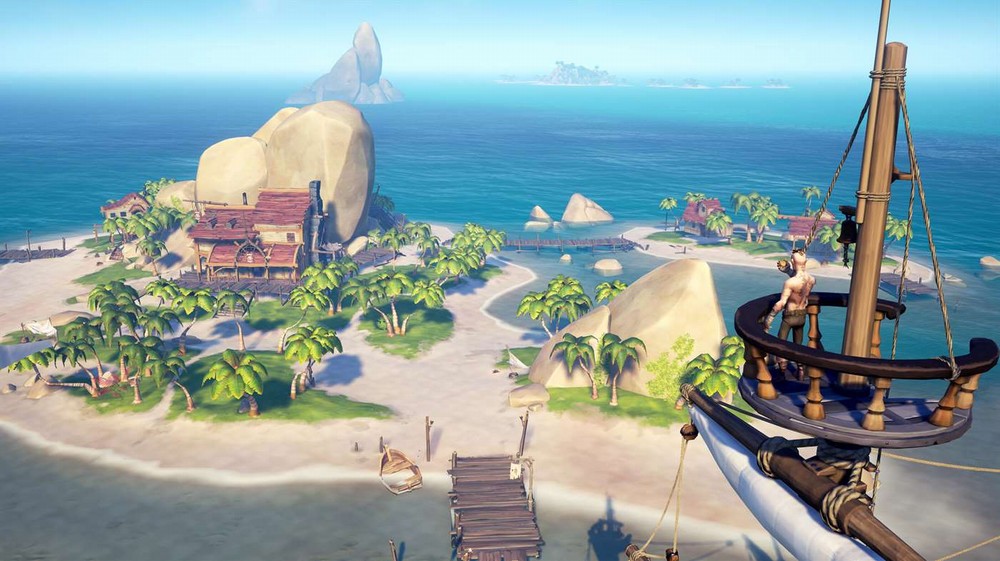 This too becomes an exercise in futility and frustration. Load out of the game, and load back in with the hopes of finding a better random group? Sure, but I can almost guarantee they’ll all drop out half-way through the mission you select. More often than not, you’ll quickly be killed off all on your own, and just quit out to the main menu out of anger. When you see popular sites like Giant Bomb or popular YouTubers laughing and having a great time with 3-4 people as they tear across the sea and fight skeletons, realize that unless you can mimic those exact same conditions, you will not have a similar experience.

Now let’s talk about the game itself. If ever there was a game in need of an opening introduction segment, it’s this one. So little is explained to you that I’ve run into friends and other players who were more experienced than me who still weren’t exactly sure how some of the mechanics worked. Once you do get a handle on them, you’ll find that they are fairly sound and enjoyable, but wasted on missions which grow repetitive and boring within just a few hours. Put simply, there just isn’t much content to be found. 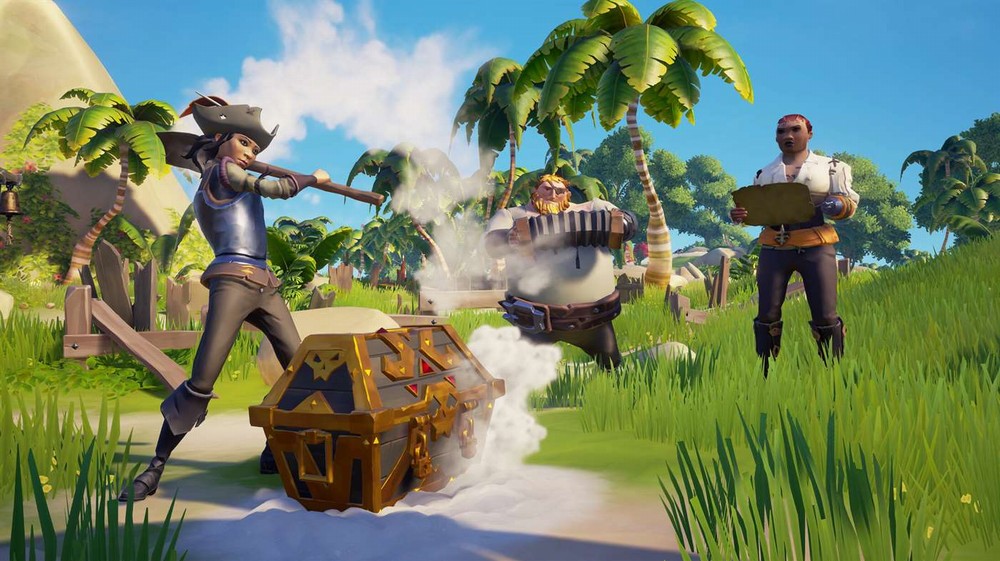 As is the case with most multiplayer-focused games, I’m interested to see what Sea Of Thieves looks like in six months to a year. There seems to be a dedicated community slowly growing around it, and I’m sure Rare will put in the work to ensure this is a title with staying power.

When you look at how far titles like Warframe have come over the years, it’s not hard to imagine Sea Of Thieves looking and playing like an almost entirely-different game in the very near future. As it currently stands, however, there just isn’t much there that demands it be experienced RIGHT NOW. Check back in down the road, and hopefully that will change. 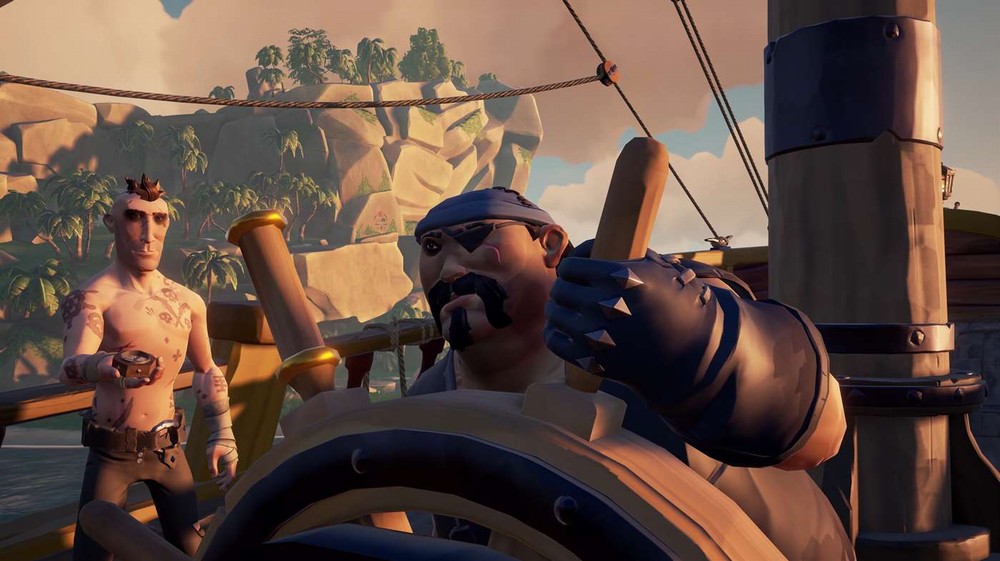 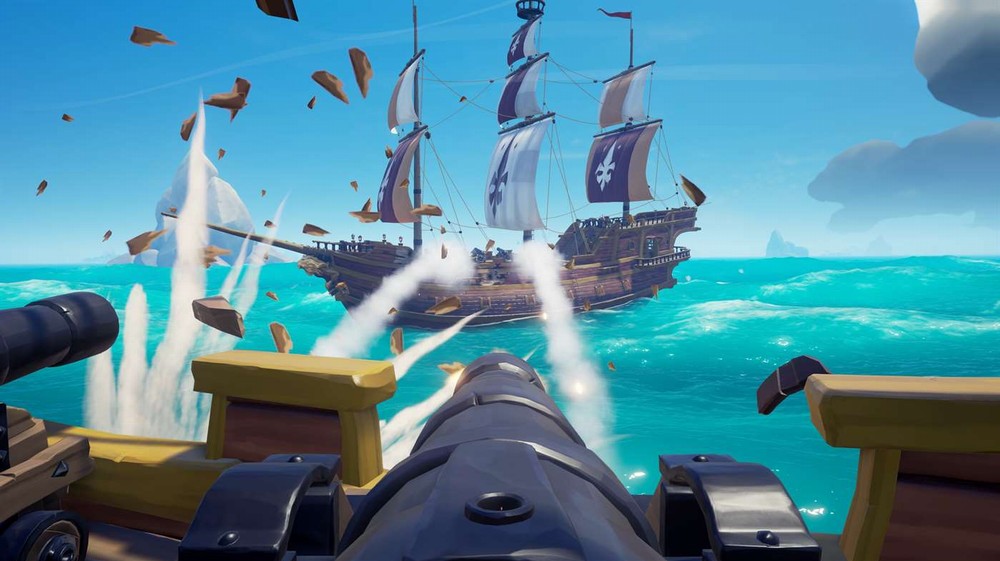