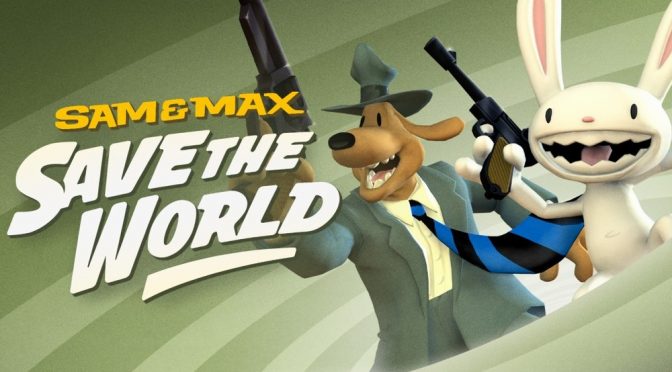 I’ve been a lifelong fan of Sam & Max for over fifteen years now, so I was extremely happy when I learned that their Save the World adventure series was getting a fresh remaster.  Previously released on PC and Switch last year, my favorite animated buddy cops make their way to the Xbox with the same enhanced visuals and audio for a whole new generation of console adventure game lovers. This 6-episode series has received the royal treatment when it comes to graphics, audio, and even gameplay; definitely a step up since the last time the game was on the Xbox 360 in 2009. 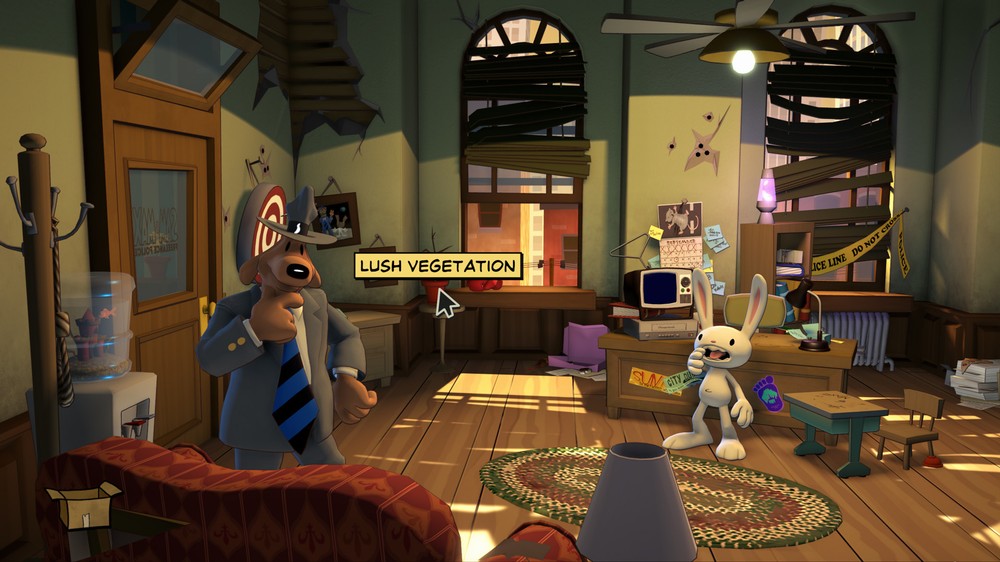 The most obvious update is transforming the original 4:3 screen to a 16:9 while updating the 1024×768 resolution to include 4K/HDR with all-new dynamic lighting and improved animations and lip-sync.  Character models have been updated to more closely reflect the look of Steve Purcell’s comics, and there is a new interface and opening credits sequence that help blend all six episodes into a singular experience.  This truly looks like a game created for this generation, and thanks to enhancements for things like shooting and driving the game even plays better.

The audio has also received a huge update.  Back in 2006 episodic games were harder to download so the audio was greatly compressed to keep files small, but now the developers have gone back to the original source recordings and remastered all the amazing dialogue and Sam & Max have never sounded this great.  You’ll also get to enjoy five new jazz tracks written by composer Jared Emerson-Johnson and performed by some of the original musicians.  Observant players will also find all sorts of newly added Easter Eggs and fun references scattered throughout the episodes. 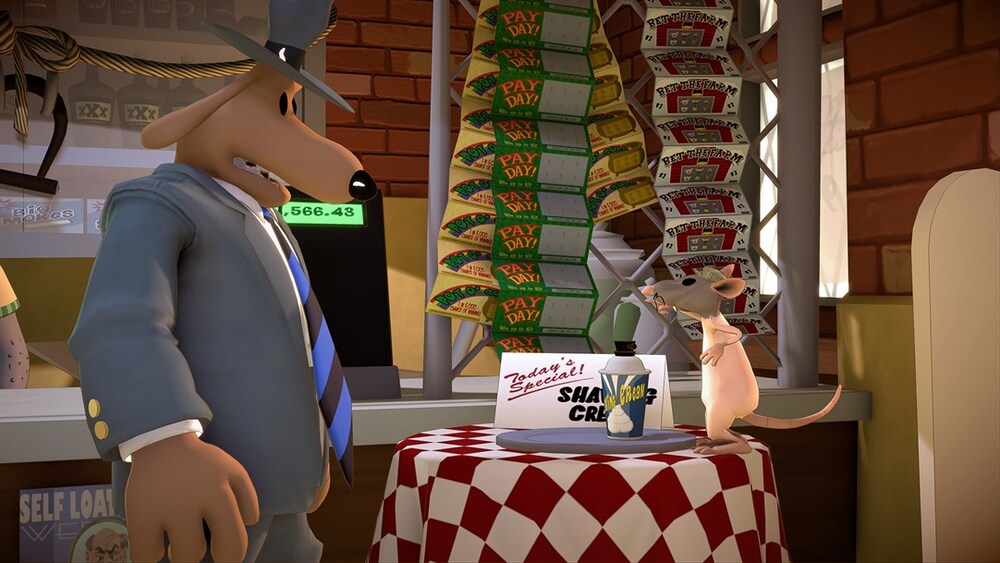 So I’ve basically just told you everything that’s new about Sam & Max Save the World Remastered but perhaps you are unfamiliar with this crime-fighting duo.  Sam is a six-foot, fedora-wearing adorable dog ripped right from the pages of Dragnet with more crazy expletives than a Batman sidekick…I’m looking at you, Robin.  His partner, Max, is a hyperactive, potentially psychotic, wisecracking rabbit whose major contribution to the team is comedic relief.  Together, these two detectives solve crimes and today they are going to save the world.

Sam & Max is a classic point-n-click adventure and this remaster doesn’t stray from that formula, which can date the gameplay at times.  A lot has happened with adventure game design over the past fifteen years, both in UI and interaction.  I have to admit I was surprised when I found there was only one action per click.  In a world where you can now look/take/use items with a simple mouse-over this seems so basic, yet charmingly refreshing and simple to only have to click on something for a singular result.  On the PC you had easy access to the environments with a mouse but now, on the Xbox you only have a gamepad and are forced into a more cumbersome interface since you are replacing the mouse with an analog stick, and sensitivity and precise cursor placement is an issue.  Thankfully you can use the right stick to cycle through all the various hotspots in each scene if you don’t feel like walking around.  Once you click on an item or person Sam will automatically walk there. 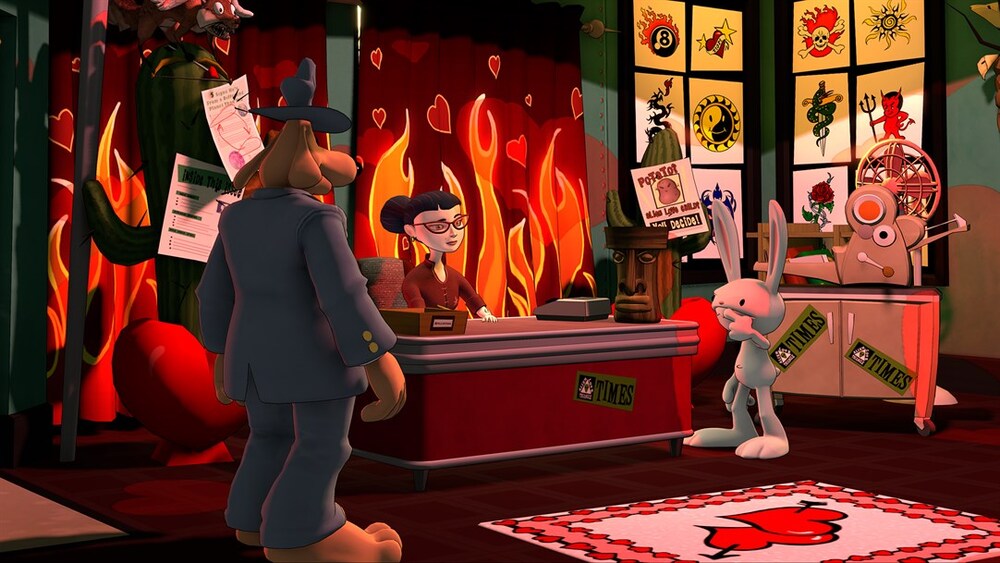 Being a traditional adventure game you can expect plenty of dialogue trees, and you will want to explore every last branch so you don’t miss a word of this hilarious script.  It’s also one of those situations that when you find out new information you need to revisit characters for newly sprouted branches with entertaining results.  Buried in all the conversations are useful clues that will help you solve the numerous puzzles scattered about the game, most of which involve inventory that you keep in a box for future use.  Puzzles are fairly localized so you won’t need to go far to find clues and items to solve them.  There is even a button you can press to reveal all the interactive hotspots in any given scene, so it is impossible to miss anything unless you feel that this is cheating.  I dislike pixel-hunts so this was a lifesaver for me.

Sam & Max Save the World Remastered contains all six episodes, each taking around two hours to beat, but having the entire series available from the onset reveals some issues that may have gone overlooked in 2006.  While each episode has unique story elements and a few original locations much of the cast and scenery is recycled giving the game a slightly repetitive feel to it.  Originally, you had to wait between episodes so it probably wasn’t an issue, but if you sit down and binge the game in one or two sittings expect some déjà vu.  It also doesn’t help that some of the episodes fall flatter than others, and the game can get tedious in parts that require excessive backtracking. 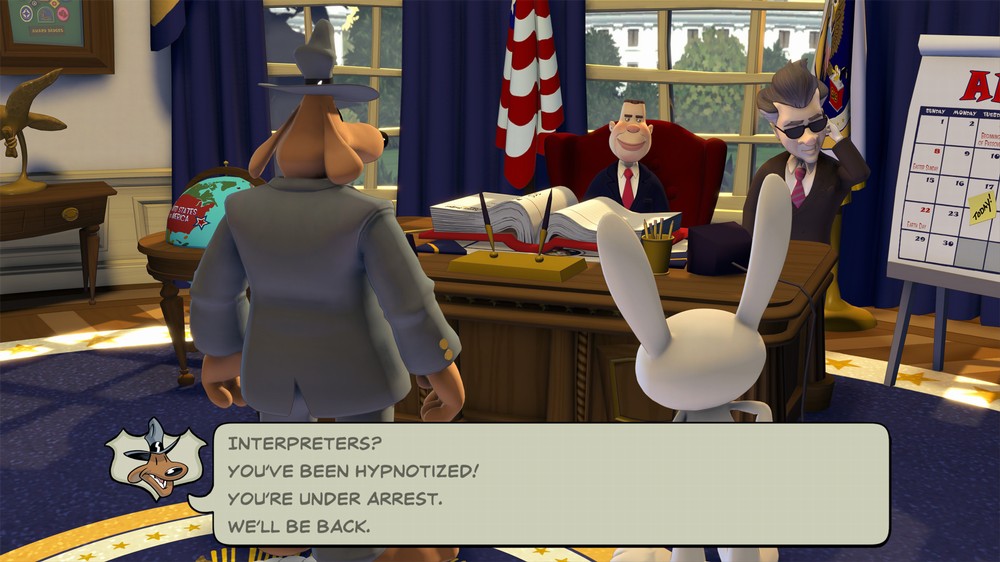 Still, the remaster is an impressive effort with everything that could be improved doing so.  I found the audio portion of the remaster especially effective considering how much dialogue and humor factor into the overall experience.  Actual gameplay and puzzle design continuously evolve over the years, so Sam & Max Save the World Remastered might not be as sophisticated as other recently developed titles, but their charm and wit is timeless.  For only $20 you can now enjoy this blast from the past, better than ever on the Xbox One or S|X.