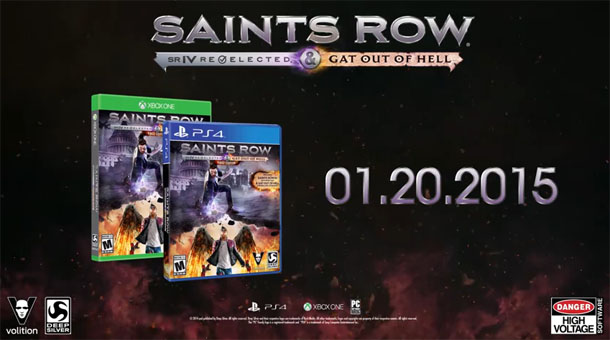 Feast your eyes on Saints Row IV: Re-Elected and Gat out of Hell’s launch trailer – for all your dick-kicking pleasure!

Launching in North America on Tuesday, January 20th, the trailer is a four minute long Infomercial of Awesomeness™ featuring the enemies Kinzie and Johnny Gat will meet as they are sucked into the depths of Hell, the incredible weapons you will use fighting Satan and a laundry list of issues you may encounter performing takedowns (BLOODY EYES, YA’LL!)