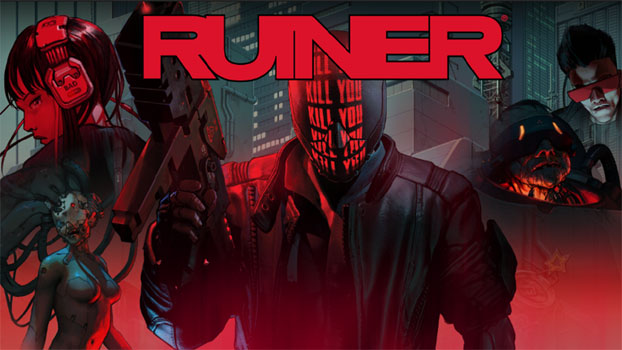 Ruiner released for the Nintendo Switch a few days ago. While the game has been available on other systems for quite some time, it is a welcome addition to the list of mature titles available for Switch owners.  For those unfamiliar with the game, Ruiner is a twin-stick beat-em-up/shooter style of game, much in the same vein as Hotline: Miami or Helldivers.

Very fast-paced and challenging, the game is broken into encounters, so that if you fail a room, you will immediately be able to try again from the last checkpoint, allowing you to attempt various strategies or to use different combinations of the tools and weapons and abilities provided to you to get through to the next area. 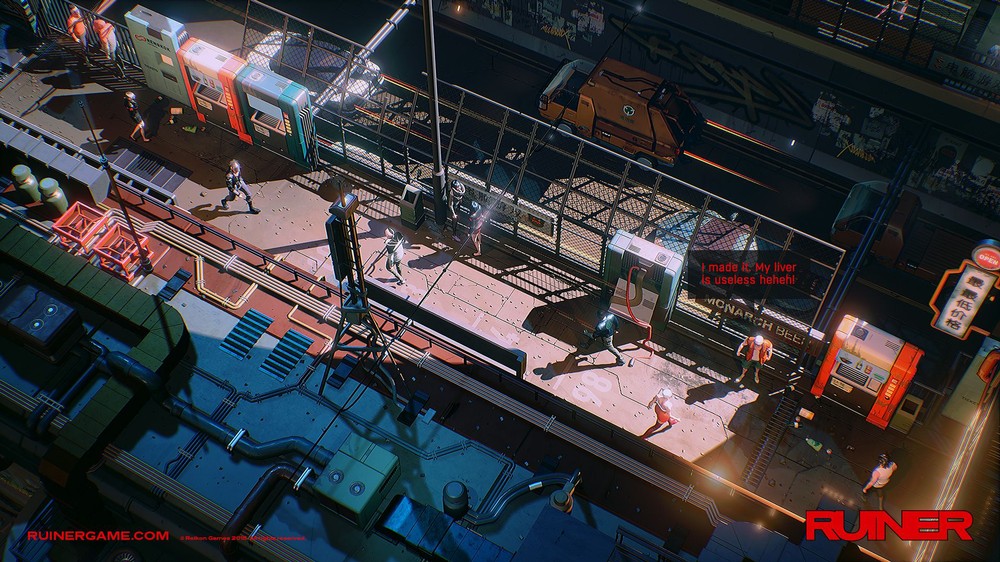 And speaking of weapons and abilities, you will be given access to a wide assortment of each in order to fight your way through the waves of enemies. There are thirteen different abilities in all, with various upgradable levels that you can unlock through the game with skill points that you spend on them.

Things like kinetic shields, a dash move, the ability to slow your perception of time, giving you the chance to lay waste to your enemies before they even have a chance to react, are all among the various things that you are able to take advantage of in order to complete your mission.

And what is the mission? Kill Boss, of course. But why? Well, if I told you then that would ruin the many twists and turns that the game’s storyline takes, wouldn’t it? Suffice it to say, that the game follows one of the many cyberpunk tropes of identity and the hackable nature of self. All while beating countless enemies down into bloody pulps, or shooting them full of holes. 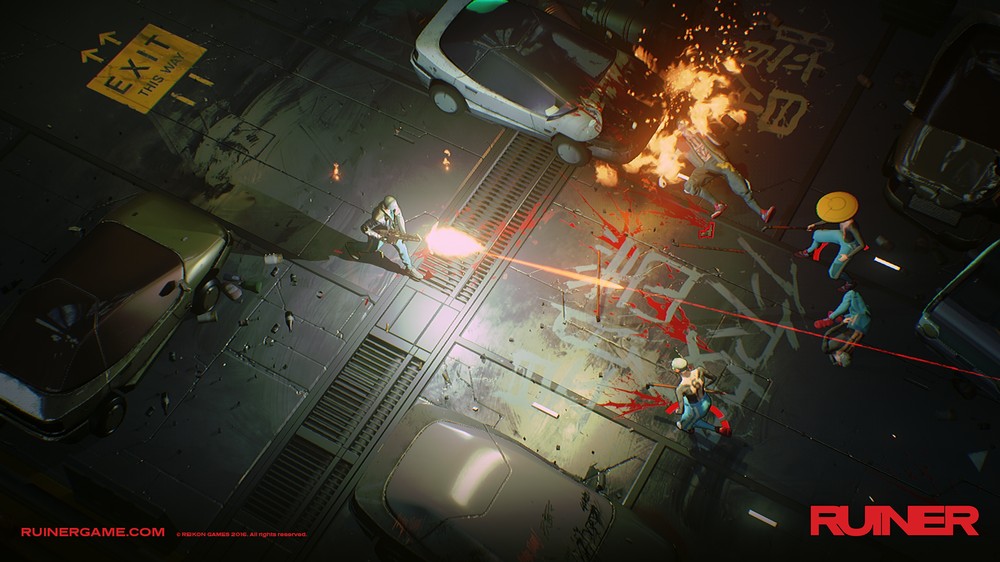 The action is intense and brutal and unforgiving in this game. It requires you to be fully tapped into the many controls and acutely aware of everything happening around you all at once. Sometimes, I found that this was exceedingly difficult given the assortment of tools provided to you, and I often bludgeoned my way through an area without heed for the various skills that I had just plainly due to the fact that I couldn’t make my brain work fast enough to take advantage of them all at once.

Still, someone with the sharpness of brain and deftness of finger control required could surely shred some ungodly damage upon your enemies. For those of you like me who find that the twitchiness of the game is somewhat of a challenge, there are luckily difficulty options that allow you the courtesy of having the game take it a little easier on you.

Overall, I thought the three-dimensional isometric perspective of the game was well-executed, but sometimes a bit constraining on what you could see on the screen at any one time. Given that so much of the game requires you to be situationally aware of your surroundings, I felt that this lack of camera control was sometimes a bit frustrating. This, however, is only a slight ding on an otherwise highly polished and extremely artistic approach to a violence-laden cyberpunk game with a really cool story. 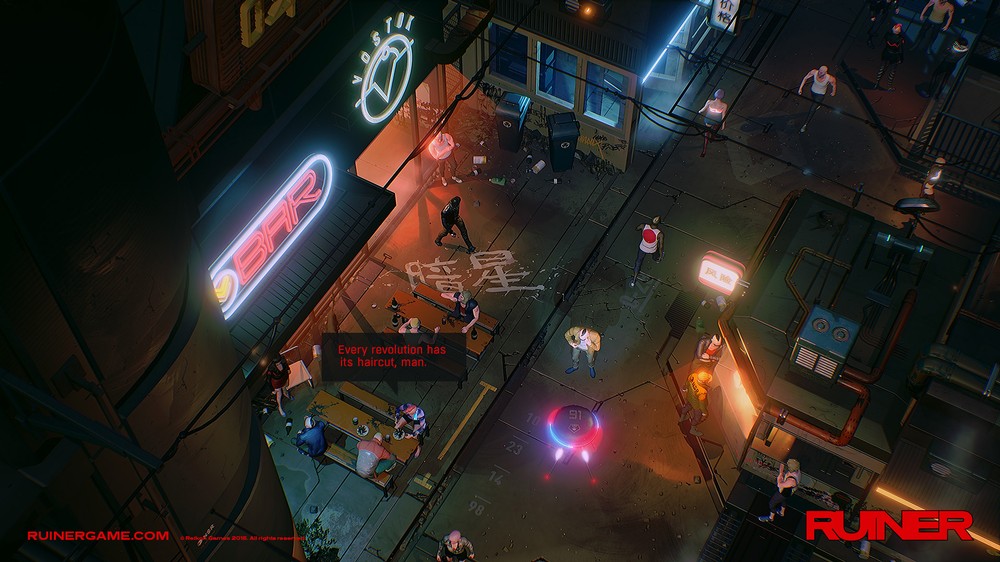 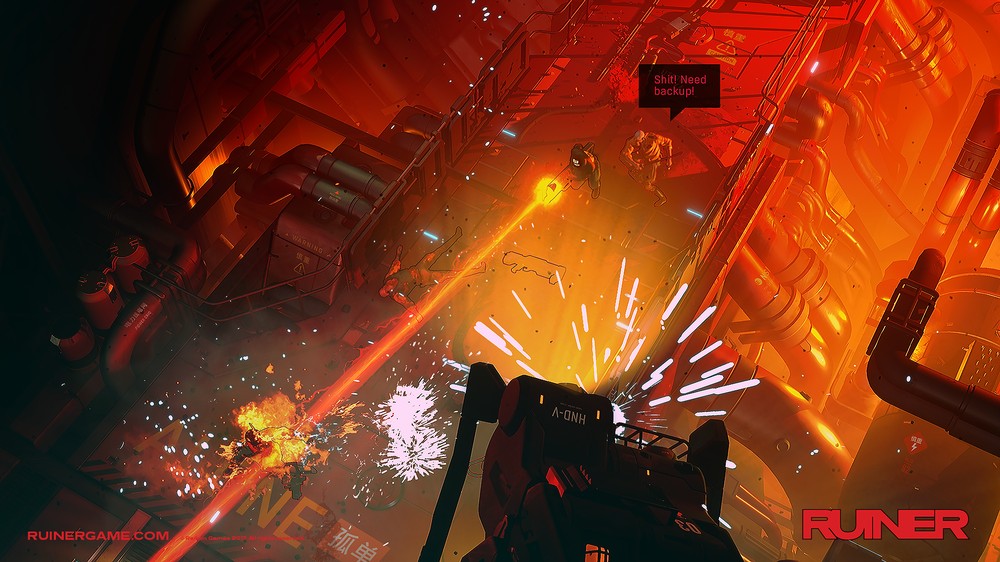 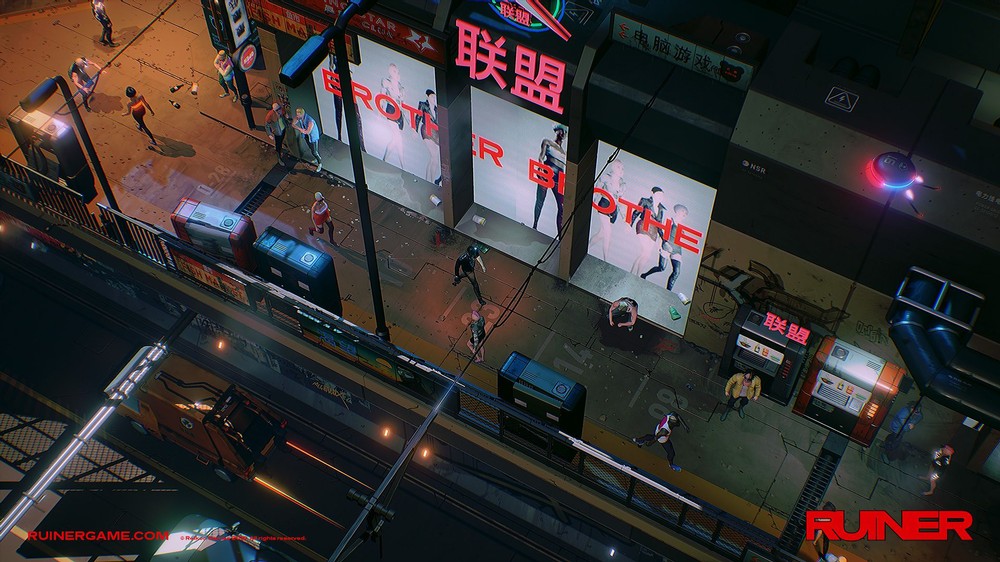 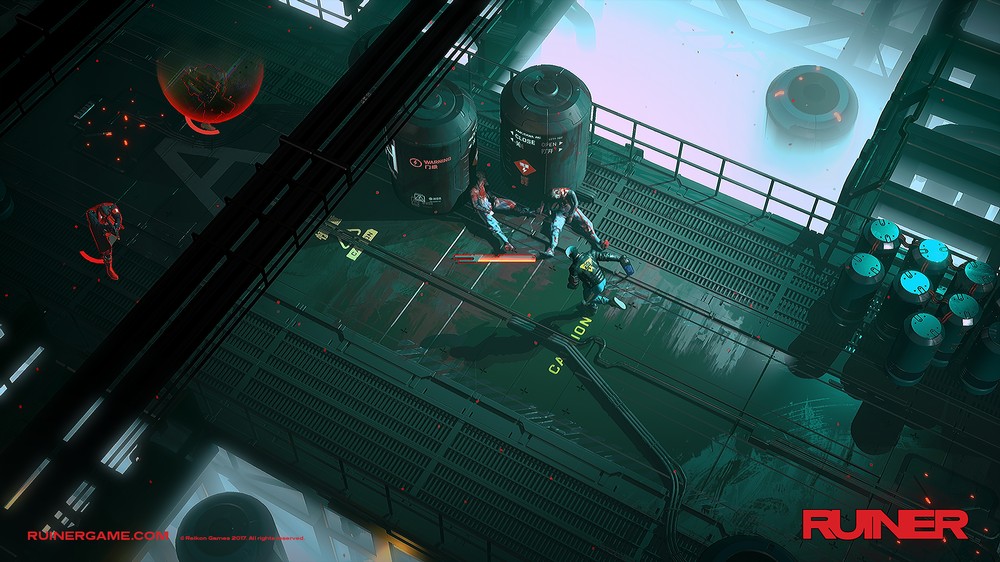