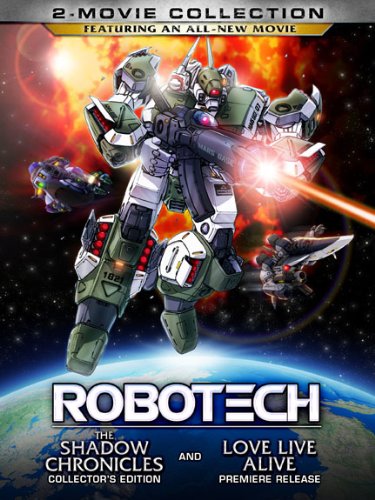 Years ago I was shown a TV series called Robotech and thought it was the absolute best thing I had ever witnessed. It had fighter planes that transformed into giant robots, giant space fortresses and best of all, a guy called Rick Hunter. Robotech grew over the years and the show progressed from just an all-out war to a story about love, freedom and the bonds that all living beings can achieve, whether alien or human.

Robotech: The Shadow Chronicles is the direct continuation from the final episode of the Robotech TV series. It shows the final episodes from a different point of view and goes into more of the story of what exactly the shadow technology that was used in the final battle against the Invid, the last antagonists in the TV show and extends the fight to the new enemies the mechanized “Haydonites”. Included in this movie collection is the premiere release of “Love Live Alive” which takes place during, and also after, the events of the “New Generation” series from Robotech.

The Shadow Chronicles story begins with the fleet of the REF (Robotech Expeditionary Force) about to lunch its assault on the Invid which took place during the last episodes from the New Generation saga, though as previously stated now told through characters in space fleet and not the ground forces; kind of a nice change of pace in my book. While this battle is taking place a ship called the Icarus takes off into deep space to rescue the SDF-3, a ship that is captained by the fan favorite and bad ass ace pilot, Rick Hunter, now an admiral who warns the ship that came to save him not to use a weapon recently developed called a Neutron-S Missile as it creates black holes when fired, because that’s not absurd or anything. 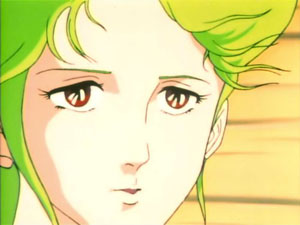 During the rescue mission Rick Hunter’s ship is attacked and the last scene we see is it headed towards the newly created black hole as the Rescue ship warps off to warn the fleet not to use the missiles against the Invid as it will destroy the planet along with them. Turns out that all this new technology that the REF is using comes from yet another alien race called the Haydonites, which unsurprisingly are after Protoculture, a form of energy that is used to power every single mecha, weapon and ship being used in the show. This has been a recurring theme since the original Robotech show and it’s a staple of the series.

The Haydonites attack the REF Fleet after the victory over the Invid race and cripple 89% of the forces by causing anything with Shadow technology to malfunction. Our heroes still manage to defeat them using one of the S missiles against them and take off into the stars to save our precious Rick Hunter. I would also like to add that during all this we are introduced to yet another of Max Sterling’s kids who inherited her parent’s incredible piloting skills and was given command of the Skull Squadron, the most famous of Robotech squadrons.

Since this is a two movie collection we’ll look at the first Shadow Chronicles film and I must say that I absolutely love the animation used. When we see the characters it is crisp and clean, a huge improvement from the original showing, which is to be expected with today’s technology. As great as it is to see a new look for such an amazing show it’s almost heartbreaking at the same time to think that this is something that so far hasn’t been picked up for a new series. I know I’m not the only one that would love to see Robotech come back to TV. The battles on the other hand are mostly all CGI, which for me are kind of bland as some explosions look like an orange and fuzzy blob and the units just kind of disappear with little or no debris left over at all, I would have rather had it animated in the same style as the non-fighting character scenes. 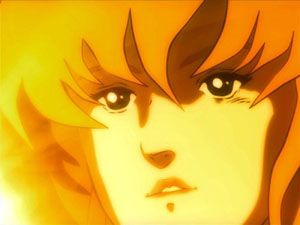 The Second Film named “Love Live Alive” takes place during the events before the Shadow Chronicles and even after. The movie chronicles the events after the MOSPEADA series finished and features Lance Belmont, an SDF soldier posing as a female singer by the name of Yellow Dancer to hide from the alien Invid and also as a way of shielding himself from his past. The original OVA was shot during a concert where, while the song plays, we see flashbacks from past events, some that were never seen before. This new release gives us the full story in the form of an interview where Lance tells his story of how he first started to hide as a female singer, his running away from the woman who loved him to keep her safe and the final battle where he takes up arms again alongside the New Generation cast which leads into the shadow chronicles.

I absolutely love the animation of Love Live Alive, as it is the same used in the original series as well as some of the best music ever heard on TV. If you have never heard Minmei’s” We Will Win” song, look it up on YouTube and prepare to win. The film concludes with the Lance/Yellow singing “We Will Win” followed by his reuniting with his friends who want him to rejoin and go off into space to find peace. All the original cast members from the “New Generations” series came back to do the voice work for this film and each and every one is spot on and they really haven’t changed at all, even after all these years.

It’s interesting to point out that the voice actor for Marlene; the Invid princess who helps the heroes, did not take up the role in Shadow Chronicles though no reason is stated why. The movie ends with Lance going off in the middle of the night, getting on his bike and headed to a cabin in the woods where you see his Invid love interest that was said to have perished and you find out that they are expecting a child. Truly an amazing movie. 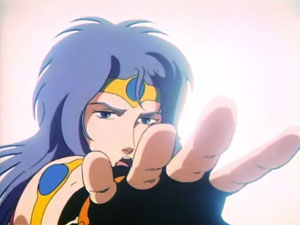 The special features give us a real treat with the “Birth of a Sequel featurette, plenty of deleted scenes with commentary, outtakes and of course all sorts of image galleries with Personal dossiers, Ship registries, Mecha database and even Prelude to Shadow Chronicles. Along with this we have “Pon Anime” podcast coverage and trailers. One of my favorite pieces is the “Robotech 3000” first episode, a full CGI take on Robotech and an absolute disaster in apparently everyone’s opinion since that was as far as it before being cancelled, trust me you didn’t want that coming out under the Robotech name.

The Robotech: 2-Movie collection is a must buy for any fans of the show or even new fans who want to see events that were never shown on TV and want to have a complete viewing of the series and tie everything together. One day I sincerely hope we have a remake of this amazing series that was once touted as “The grandfather of anime”. I can only hold onto the thought that we will one day win.