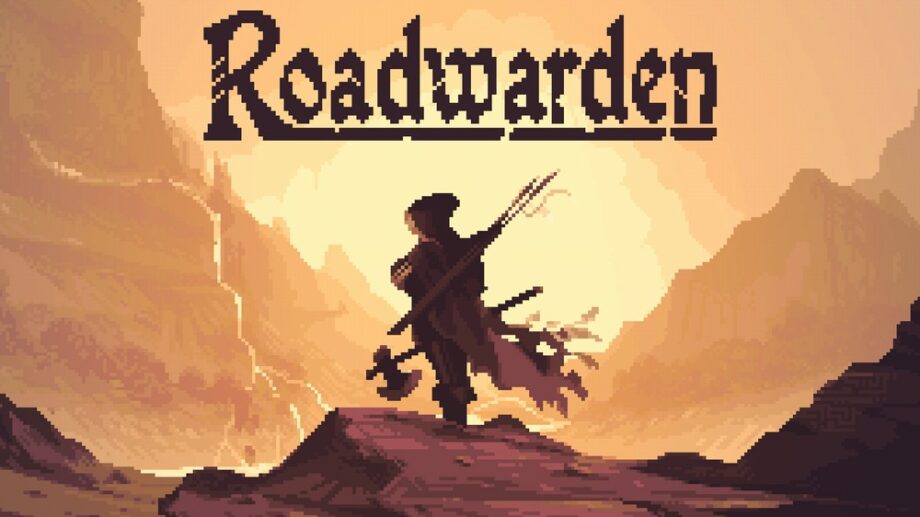 You are an intrepid video game consumer on the hunt for a change of pace as you work your way through the forest of delays and game desert of 2022. You come across Roadwarden with previews and intriguing artwork. Your character has been hurt before and your stamina is at 50% for a lengthy text-based adventure game. With only two gold left, will you cast your die with the alluring promise of a warm and cozy read with the Roadwarden, or will you move on and try your luck at another town?

Roadwarden was developed by Moral Anxiety Studios, but the game was helmed by Polish writer Aureus. It’s important to note that quite deliberately the writing is the underpinning with which the gameplay, art design, and mechanics take place. Aureus specializes in writing everyday tragedies and projects outside the norm. The dialogue is nuanced, and the worldbuilding is thorough and even daunting at times. The game could easily be adapted into a fiction novel series and it’s important to note that this is a storyteller in a videogame medium. Personally, that is right up my alley and I commend the team for standing behind this vision. 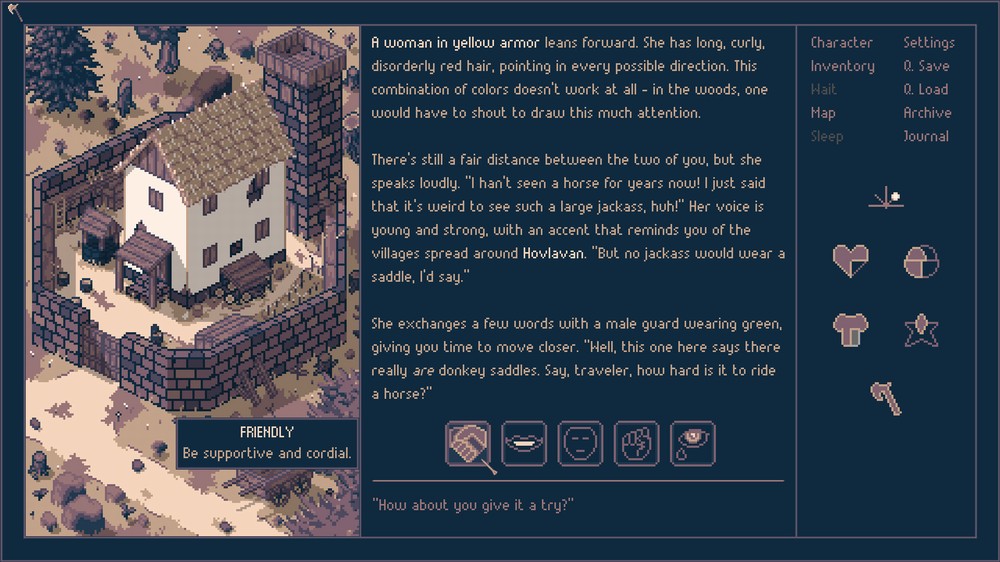 As is the namesake, you play as the new Roadwarden. This is a cross between a deputy and hired hand. While this occupation includes patrolling the roads and protecting the towns, you’ve also been sent with a specific purpose. That is to scout the wild peninsula for its potential to open trade routes with the larger merchants’ guilds. While the quest is straightforward, you can choose your character’s motivation background. I chose to be someone running from their past and refused to answer any questions about my previous life. I appreciated the way the game makes room for you to form a specific character and to play through both within the game, but also in your mind. This is especially important as all you’re doing is reading text. It goes a long way to put some color in an otherwise text-based experience when you’re able to role-play this way.

Roadwarden’s screen layout is cut up into illustrations, written text, and an information panel. The Illustration panel shows you a visual representation of the area you are occupying and reading about. This serves as adequate context but is a little more descriptive than an illustration in a D&D book. Don’t expect to see your character’s actions animated. The text panel is the primary way you interact with the game. A paragraph of description or dialogue will lead to multiple choice responses that you choose. Based on your choice the narrative continues on a path. 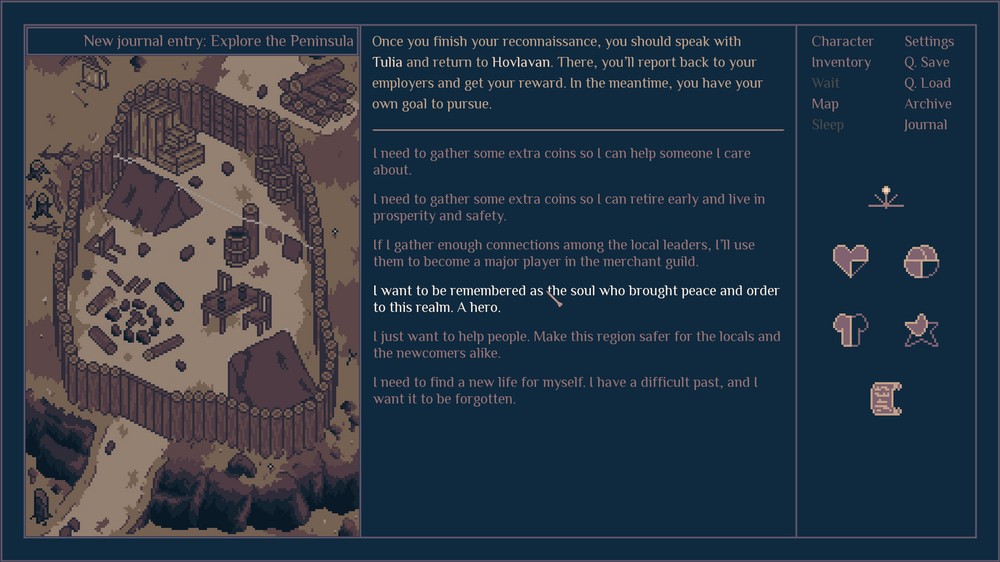 For example, the text may tell you that you are approaching a pack of wolves that haven’t noticed you yet. You could elect to attack, observe, or flee. Based on the character class you chose at the beginning this could be a more lethal or more calculated risk. The information panel has some navigation options like inventory, journal, or settings, but also shows your health, food level, time of day, etc. Most of the time you will read your context, choose an outcome, and see how it impacted your character vitality and health levels. As you travel or take various actions like resting, time will progress, and you’ll need to determine whether to press on with an empty stomach or rest in the town for a night. The untamed and wild world begs you to push yourself and your horse just a little bit further, just to see where the next road takes you.

The writing quality certainly outpaces the other elements of the game, however, the design and interface never felt like they got in the way. It’s also what leaves you reflecting on the choices you didn’t take. While you’re the main quest of scouting the area and reporting back to your client gets you into the world, your quests are largely yours to judge. Sometimes, it’s curing a plague, uncovering a mysterious tree, or just getting food for a hungry person. The game gives you as much as you put into it. Roadwarden is not for those who want an action-packed experience or for anyone who falls asleep when reading fiction at the end of the day. I found that I couldn’t play the game for too long a time without feeling like I needed to stand up and walk around. 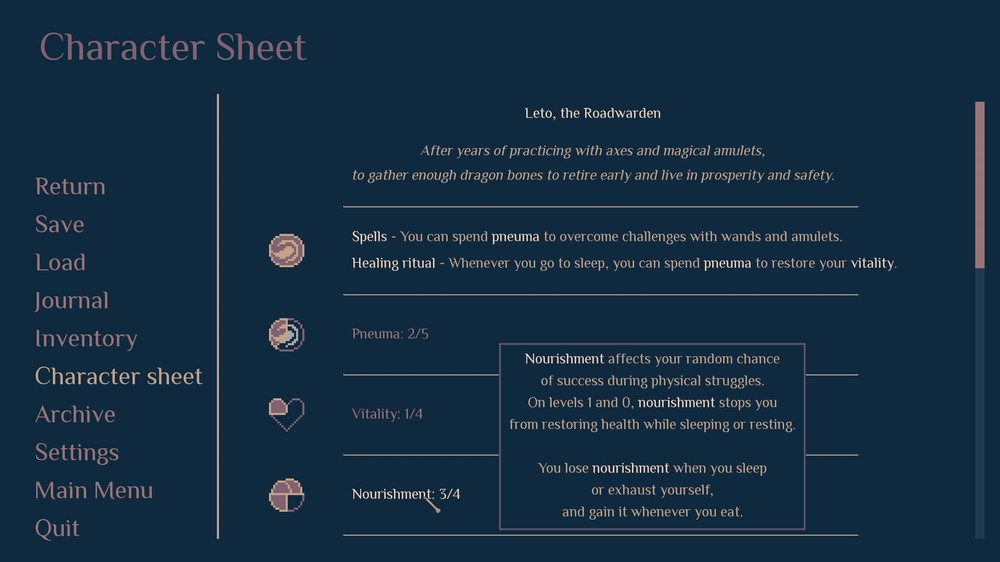 Roadwarden is a much colder medium than most other interactive entertainment I’ve played. For that reason, it can be a bit unapproachable at times. However, it’s probably the best game I’ve ever read. I hope it finds an audience as it feels like someone’s passion project. From the somber soundtrack, excellent writing, and superb worldbuilding, Roadwarden left me exhausted in a good way and constantly wondering what would happen if I took a different path.

While less than 24 hours before launch, the publisher and developer decided to push the game out four more days. While I did experience one hard crash and lost some save data, the game largely ran smoothly, and I assume whatever was fixed won’t affect many people. I’ll also note that the lions-share of hours that I played on this was on a steam deck and had to use some workarounds to get the interface working. I also wasn’t able to get my play clock to sync with my steam account after bringing it back online and ended up starting a new save on my desktop. So, if you’re looking for something bulletproof for the Steam Deck, I’d say wait for that day one patch. That being said, Roadwarden is a slow burn, and the engrossing world is one of my favorites of the year. I would recommend it to anyone who wants a modern take on text-based RPG games. 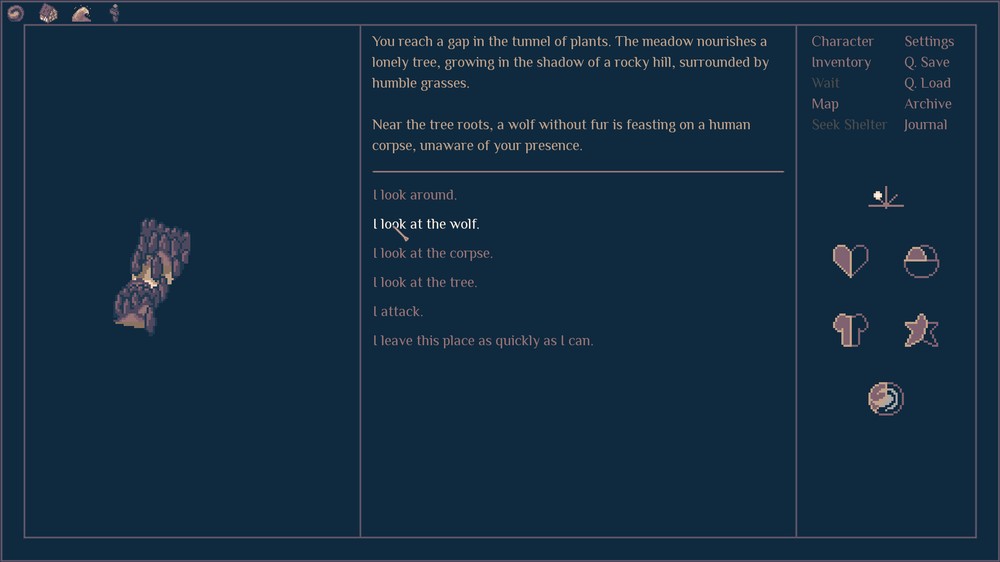 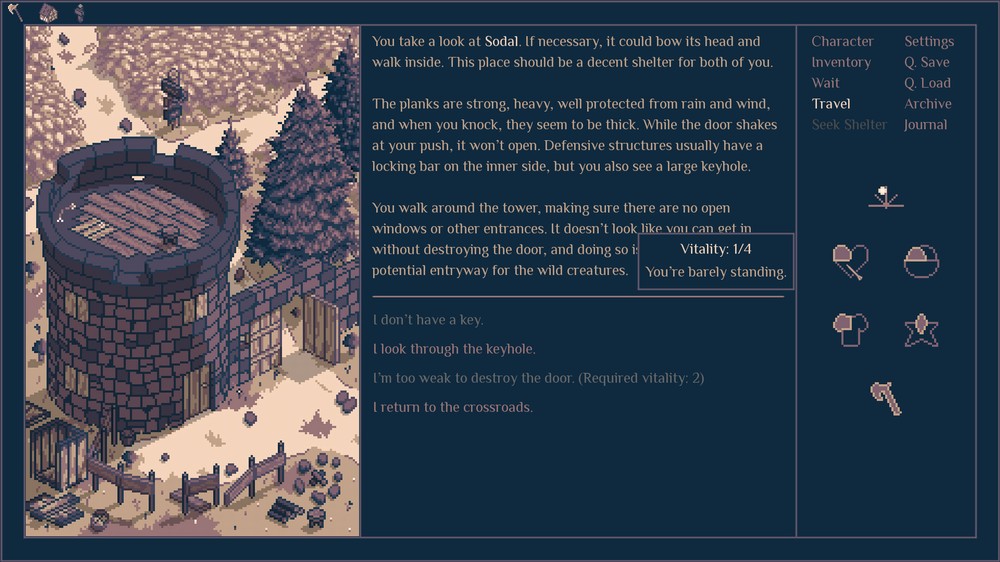 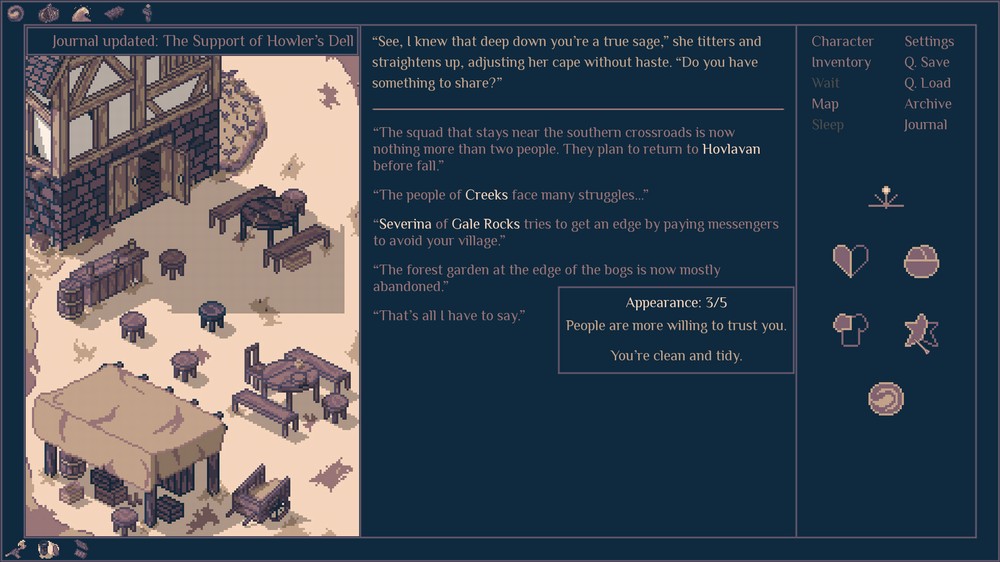