When I first reviewed Rift here at GCM, I was treated with an extraordinaire experience that brought about some much needed genre defining changes. I still stand by my words that Rift is still better than the long running MMO giant WOW. Those words have become even truer with the release of Rift’s first expansion, Storm Legion, which released just over a month ago. I’ve spent the last month exploring Telara’s largely expanded world and story in this still subscription based MMO.

The fact that Rift hasn’t gone the way of free-to-play is a testament to just how good this MMO really is. I will admit that I played Rift for a while after my review but finally moved on to try several other promising titles in the genre. What I found when I returned to the world of Telara is that it was still flourishing with plenty of people playing and with this new expansion I don’t see it faltering any time soon.

Storm Legion offers up plenty of new content and challenges for the level 50 players out there, but will do little for newcomers as you will get thoroughly trounced by Crucia’s forces if you do attempt any of the new content. If you are seeking to dive into Rift in general then picking up a retail copy or downloading the digital version of Rift: Storm Legion will grant you both the expansion AND a full copy of the core game and all the accompanying updates. 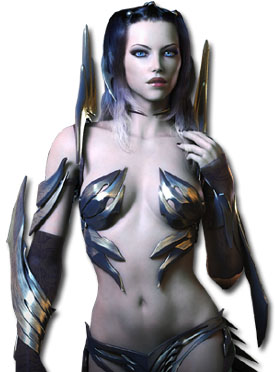 Storm Legion follows the story of Crucia, the Dragon of Air and Queen of Storms, who is one of the two remaining elemental Dragon Gods still alive after the Ascended have taken all of the others down one by one. Crucia is no fool as she has been carefully been bidding her time building and hiding her Legion’s destructive power until just the right time. As the wards protecting the world of Telara and its bountiful sourcestones, Crucia has laid siege to the lands and two new continents have called upon the aid of the Ascended to free them of her wicked rule.

Dusken and Brevane are the two huge new continents that you explore and complete quests as you make your way to the newly raised level cap of 60. What’s really impressive is that both the death-torn landscape of Dusken and the once prosperous now lush ruined continent of Brevane are each the size of the original continent. These continents are richly detailed but I’m a huge fan of the dark, nightmarish terrain that seems Lovecraftian in nature. It’s a definite change of pace from the lush forests or ice covered peaks of the core game content.

The audio heard throughout Storm Legion are just as amazing as the visuals themselves. As I mentioned, I love the dark styling of Dusken and the audio accentuates the continent with broody atmospheric thunder and ominous yet seemingly kind vocals given by Crucia from nearly every area of the continent. While this area was the highlight of my experience, the other locales feature some amazing audio performances and world music as well and everything is blended together beautifully to fit with the core world.

No matter which of the two continents that I found myself on, the amount of content that I encountered was just as staggering as the core experience. I always felt like I was bumping into quests nearly as often as the rate in which enemies spawn. It’s almost like the developers want you to never set foot in a new area. They’ve even managed to give players 7 new dungeons, a Chronicle, 3 raids as well as a Colossus fight that made me want to go back and play Shadow of the Colossus shortly after.

While the two warring faction of Telara may not have agreed on the right means to stop Regulos in the core game, it seems that they have put some of their differences aside this time around. Nothing shows this more than the new heavily fantasy themed capital city of Tempest Bay. This new stronghold is where I found most of the higher level players that have moved on from the main portion of the game and started focusing on raids and dungeon runs. Players also have another reason to visit Tempest Bay in Storm Legion when they start working on their Grandmaster rank in their chosen professions. 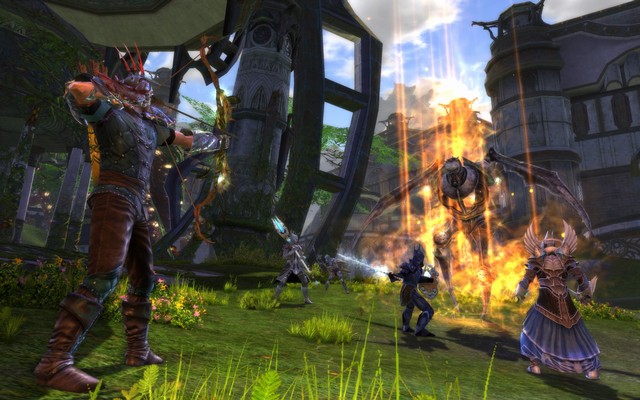 One of my favorite things about Rift was the complete freedom of to create your own hero however you want with the Ascended Class System. In my previous run with Rift, I choose the Rogue path thanks to my penchant for archers and sticking to the shadows. This time around Trion gives us a new Soul to choose from each of the 4 paths. Rogues get the Tactician soul which adds elemental damage and group healing abilities much that of the D3 I always played on a once prominent MMO. Clerics gain the Defiler soul giving them long range attacks and more importantly the ability to heal and prevent damage through delivering damage to its foes. I’ve always been a ranged combat kind of guy and it’s apparent even the people at Trion are too as even the Warrior class gets the Tempest soul gaining some ranged versatility outside of the melee norm. On the opposite side of that fighting front is the newly added Harbinger soul for Mages. This once devastatingly ranged class now gains melee and survivability capabilities via summoned weaponry and special skills.

One of the things that I’ve found in my years of playing MMOs is that when you devote a substantial amount of time to a virtual world, you feel like that you move through the world without really living in it. Trion has changed all that with the additions of Dimensions to the world of Telara. With this new addition you can now own a small slice of some of Telara’s most popular locales. Here you can build your own homes and let others visit them to only their friends list or the gaming public. I have to say that I really enjoyed this addition and by some of the other player’s dimensions that I visited during my review others are too. Now I’ve played around with Skyrim’s Hearthfire, but there was a cookie-cutter design to that with only my decisions on what I wanted to use as my end design. Rift’s Dimension feature allows you to build your own designs with the materials that are provided at a cost to a much greater detail. It’s a truly amazing option for players in an MMO. 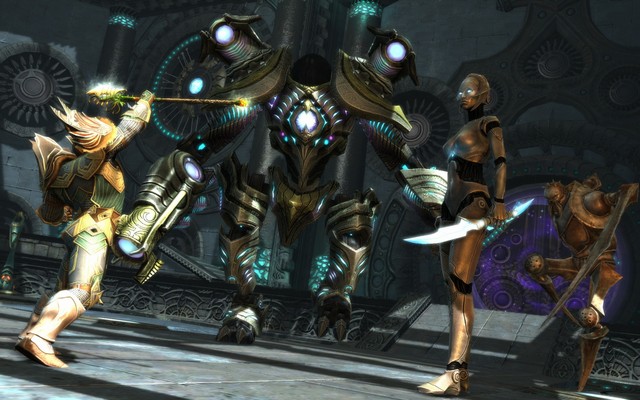 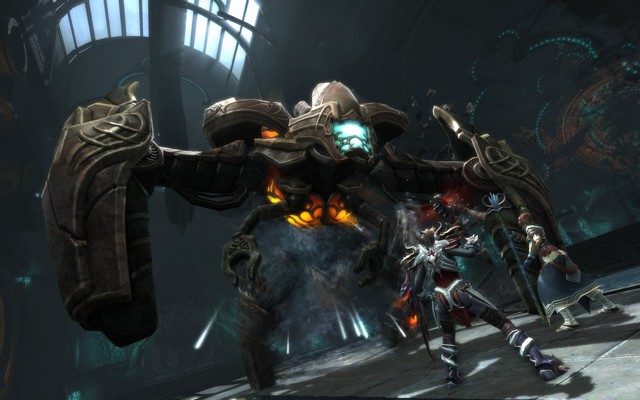 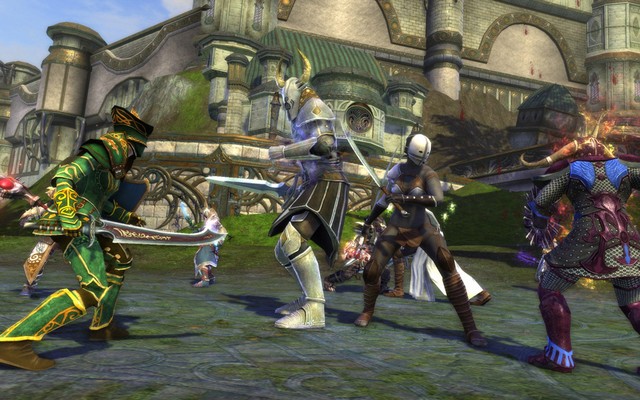 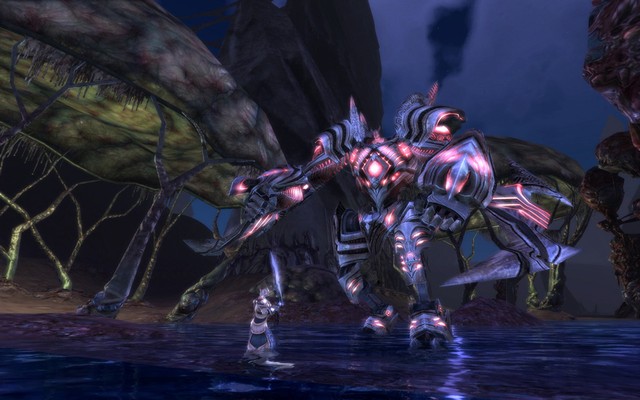 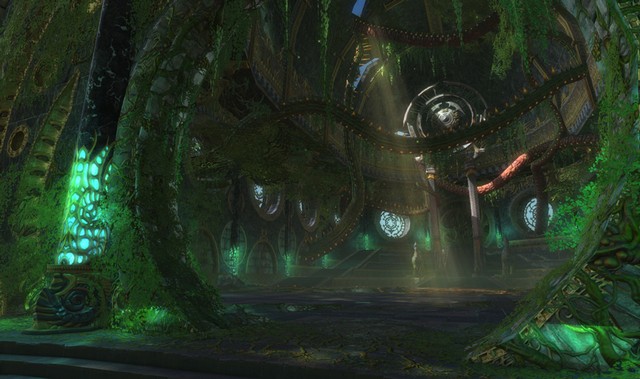