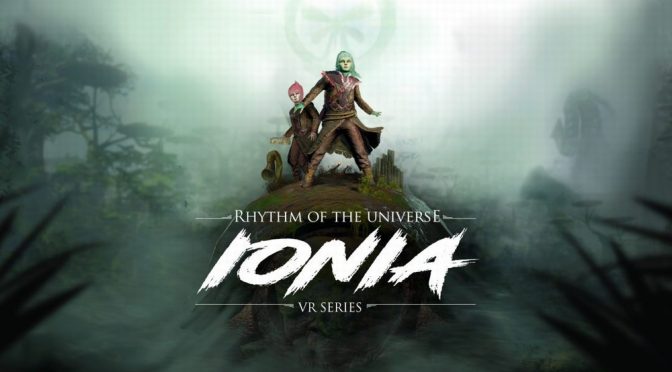 ROTU Entertainment releases the long-awaited adventure puzzle VR game about preserving the environment through the power of music theory, Rhythm of the Universe: IONIA, today on Oculus Quest and SteamVR for compatible PC VR headsets. IONIA will arrive on PlayStation VR in the coming days.

Explore Ionia, a verdant land of music and magic on your quest to save the Harpa, a mythical being whose habitat is on the brink of destruction. Solve puzzles as you traverse ancient ruins, luminescent caves, breathtaking ravines, and lush forest canopies. Utilizing VR controllers, go hands-on with Ionia’s music-inspired flora and fauna.

IONIA shines a light on a truly immersive, gorgeous world unlike anything in VR gaming. At the intersection of visuals and musical flourish lies an important message about saving our natural world before it’s too late. IONIA’s achievements in art, sound, and design won multiple nominations at the Raindance Film Festival, several Indigo Design Awards, an Epic MegaGrant, and an official selection at 2020’s Cannes XR Development Showcase, part of the prestigious Cannes Film Festival.

While Ionia is a virtual world, ROTU Entertainment’s team of filmmakers, musicians, and visual artists looks to inspire positive change in the real world. Five percent of all proceeds from Rhythm of the Universe: IONIA will benefit the environmental non-profit Wildlife Warriors Worldwide, founded in 2002 by Steve and Terri Irwin. Robert Irwin, wildlife activist and photographer, appears in the launch trailer to celebrate the conservation efforts players will undertake in IONIA.

“Saving the Harpa and the Ionian forest mirrors our dreams for our own, precious world,” said Jason Parks, ROTU CEO. “We hope to inspire players to think critically about what they can do for the planet we share, through hands-on exploration only VR gaming can make possible.”

Save the Harpa today at the Oculus Store for Oculus Quest and Steam VR for Valve Index, Oculus Rift S, HTC Vive, Vive Pro, and HP Reverb G2. The PlayStation VR version will release in the coming days. Rhythm of the Universe: IONIA supports English, Spanish, French, Simplified Chinese, and German languages and is rated E for Everyone and equivalent in regions around the world.