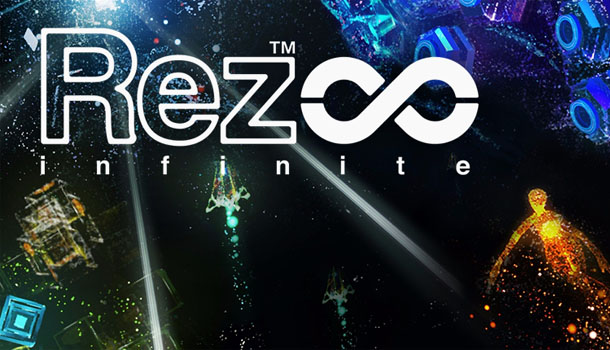 Rez Infinite was originally released for VR in 2016 on PC and Google Daydream. Originally, Rez was a game created for PlayStation 2 and Sega Dreamcast and released in 2001. Now, it is being released as a launch title for the Oculus Quest 2. I don’t recall ever playing the original Rez back in the day, but playing it on the Oculus I can say that this version has stayed faithful to the original version of the game. Now, it has been long enough since this game was originally created for the style to now be seen as truly “retro”. 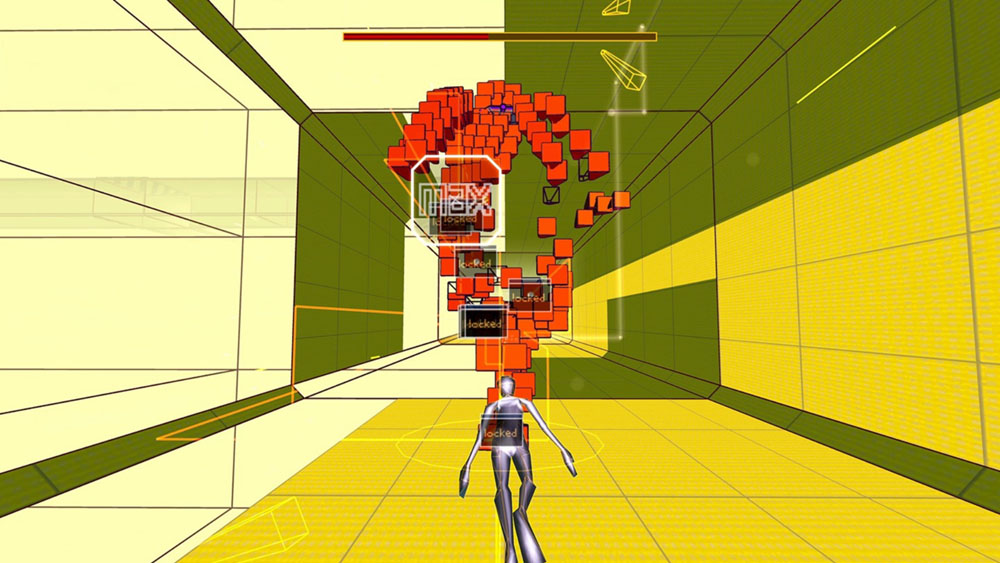 The wireframe and simple geometric graphics immediately reminded me of the old arcade classics like the original Star Wars arcade and the gameplay was reminiscent of other rail shooters like Starfox 64. Now, take that gameplay and put it into a VR environment, with the world sliding past you all around and enemies coming at you from every direction. That’s what playing Rez Infinite on the Oculus is like.

One of the things that stands the experience of playing Rez Infinite apart from other rail-shooters is that destroying the enemies happens with the musical rhythm of the games incredibly cool techno soundtrack. So, as you skim along through vastly different and breathtaking 3d environments, you’ll be bopping your head along to the beat of the music as you blow up everything that comes at you, with every explosion and action adding to the depth and layers of the music. 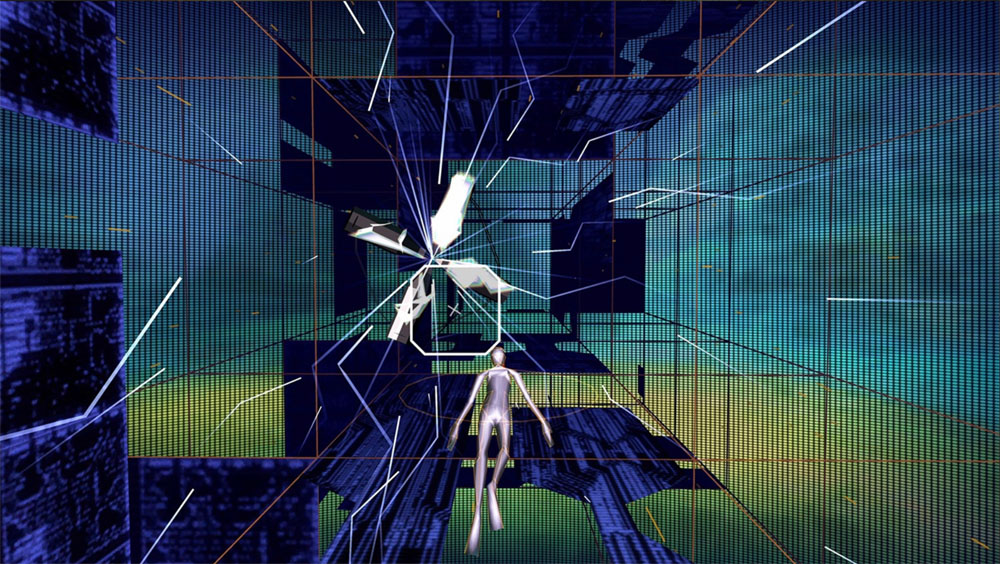 The basic story of the game is that you are a hacker that is trying to blast your way through varying levels of cybersecurity in order to awaken an AI that is being overwhelmed by viruses. It’s pretty simple and minimalistic, and in the end, it doesn’t really matter all that much to the experience.

I enjoyed the visuals and music of the game, but where it fell flat for me was the shooting. Instead of aiming and shooting at enemies, you basically hold the shoot button down and paint your reticle across the enemies on screen. You can simultaneously lock on to up to 8 targets at once. Releasing the shoot button will then fire at all the targets you currently have locked on. Some targets require multiple hits in different areas, but it ends up kind of feeling like you’re just waggling your controller around with the button held down until you lock onto all the things you can. 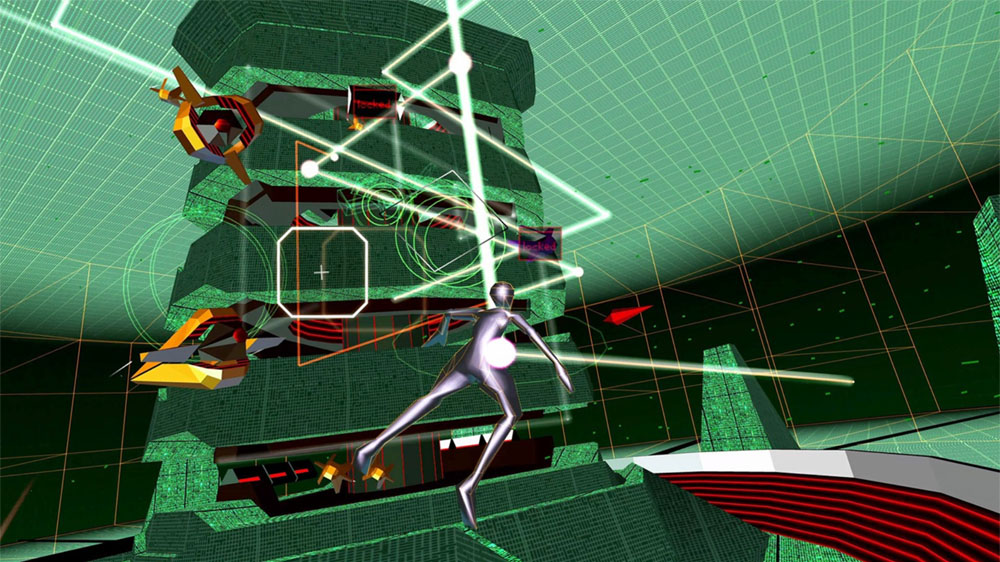 My gut feeling is that the original gameplay, designed for interaction with a standard controller, was much more challenging than it is with the freedom of moving your hand around as quickly as you want, and that decreased sense of difficulty took something out of the enjoyment of the game for me. It felt like the shooting was lightweight and oversimplified and served as almost more of a distraction than anything from the visuals and audio sensory explosion of the game.

In the end, I can see why a game like this was a breakthrough when it originally released, almost 20 years ago. I can also see why it was an amazing experience for VR when it first released four years ago. However, I think that now, while it is still a solid experience and a fun homage to an earlier style of games imported into a VR environment, I think that it is beginning to feel a bit dated, moving from “breakthrough” to “retro classic” categories. I realize that it has won countless awards in the past, but so did Pac-Man and Pac-Man VR might be fun for some, but it just isn’t what I’m looking for in a VR game. 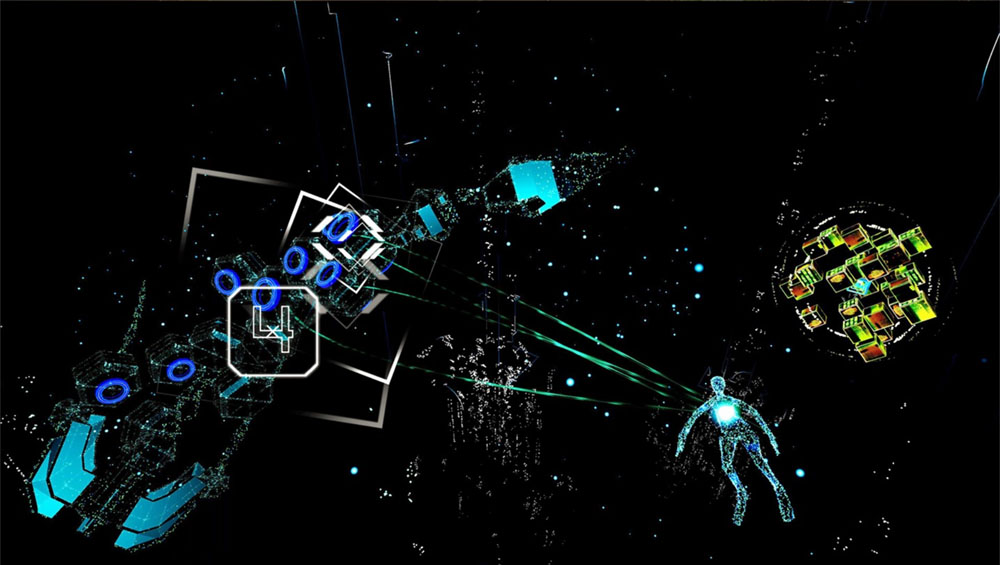