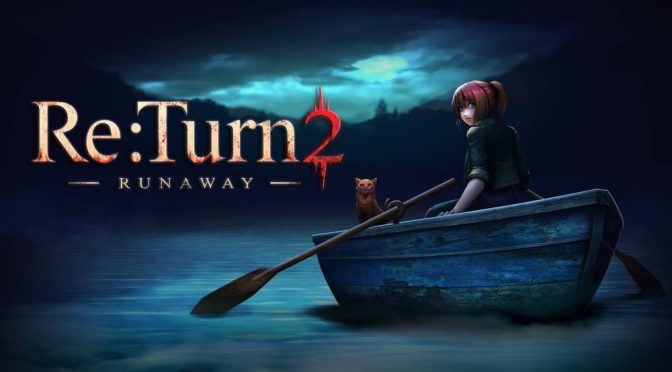 Trust me, I speak from experience. 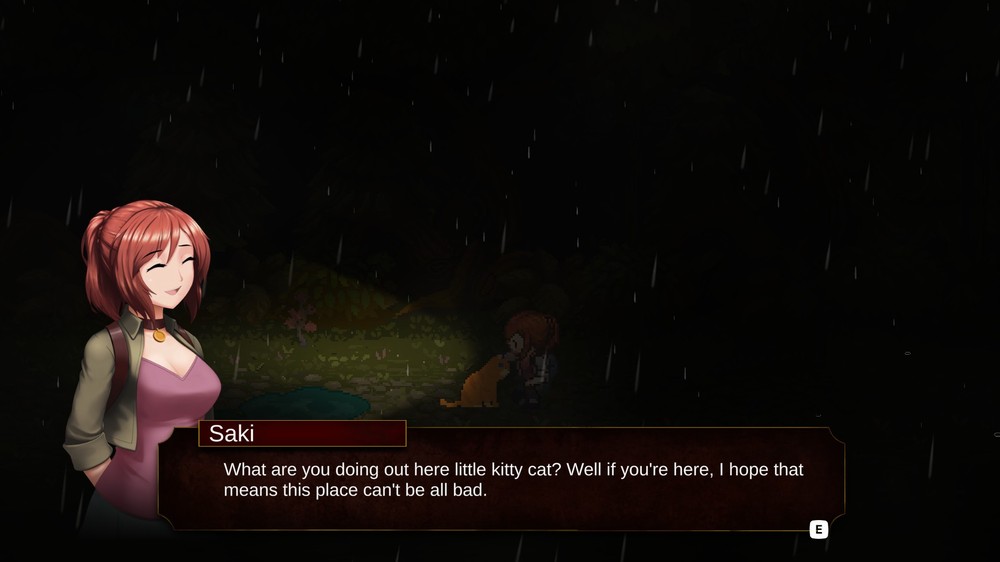 The game does its best to fill you in, but it’s obvious there’s some stuff you’ll be missing if you go in blind. This review is coming from the perspective of someone who has done that. Keep that in mind going forward!

Now, that being said, let’s get into it.

Re:Turn 2 – Runaway is the story of a woman called Saki and her husband-to-be, Sen. In the previous game, they made the fatal mistake of going camping in a horror game with a bunch of their friends and are now being harassed by a spooky ghost girl in an evil haunted train. All of Saki’s friends are dead but Sen is still alive, but there’s the caveat that he is pretty thoroughly “whammied”, a term I use to mean “driven mad, possessed, or otherwise mentally acting out of sorts due to external supernatural influence”.  At least I assume he’s been whammied. Otherwise, he just seems like a terrible choice for a S.O. 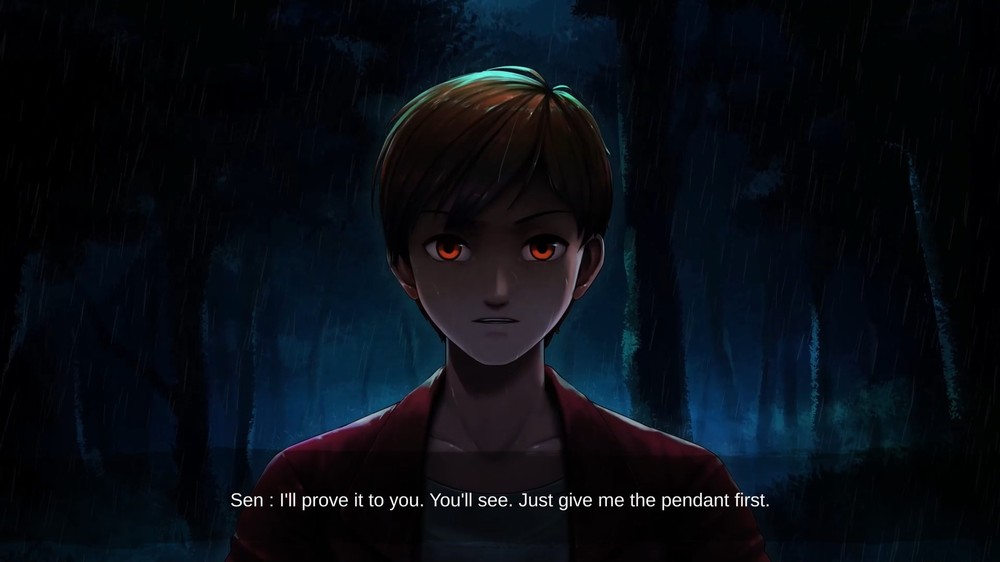 So, your fiancé’s gone bonkers, your friends are dead, and you’re the only one who wants to get off the train due to the aforementioned whammied boyfriend. There’s also a spooky shadow monster patrolling the halls of the train that wants to murder you in the gut.  The gameplay is pretty straightforward. 2D, run back and forth, find items, use them on things to learn more about why you’re stuck here, solve puzzles, don’t die. A single hit from a monster will kill you, but luckily you can run and hide and do a dodge roll to avoid attacks.

The inventory has vague Resident Evil vibes but is more puzzle than management. You can pick up and combine items, but there’s no resources or finite space to manage. Death comes pretty fast sometimes but save points are pretty liberally placed so that’s not a huge problem if you save frequently. 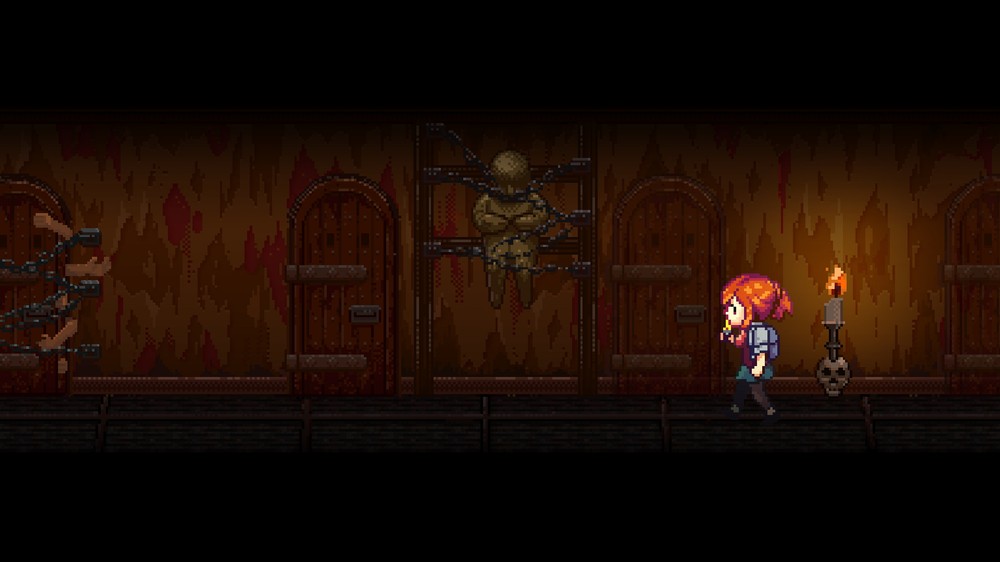 The story intrigued me, honestly! There are a few chapters where you flashback to an earlier time and get a better idea of what made the whole place go all evil and you gt to see the train in all of its glory, which were really some pretty good sections, and gives some good opportunities to show off the fancy pixel art.

That’s something else I should mention though. This game looks and sounds pretty darn good. Cutscenes are animated and look great, every line in the game is fully voice acted, there’s even this effect where if you turn off your flashlight your character’s eyes adjust to what light is in the area you’re in, so you can kind of see stuff around you instead of seeing whatever’s directly in front of you with great detail.  There’s a lot of care put into this game. 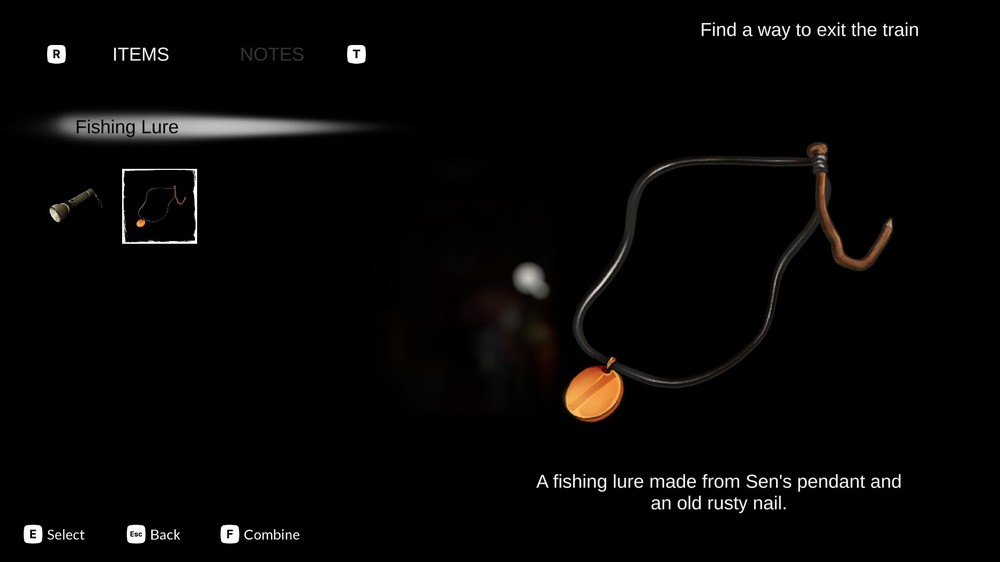 That being said, there’s a few weird issues that stuck out to me.   The most noticeable ones were the fact that the mouse doesn’t disappear when you play the game. You can always just hide it offscreen, but the cursor doesn’t seem to be programmed to do anything, not even navigate through menus. Additionally, when doing things like scrolling through the inventory, only the left arrow key seems to do anything. WASD works fine, but the arrow keys do not. I thought this was an issue that could be fixed with keyboard rebinding but there’s no key rebinding available.

Additionally, it’s worth noting that the achievements do spoil a couple major plot events. I suppose these could also double as content warnings if you want to take a look, so I will leave those up to you at your discretion. 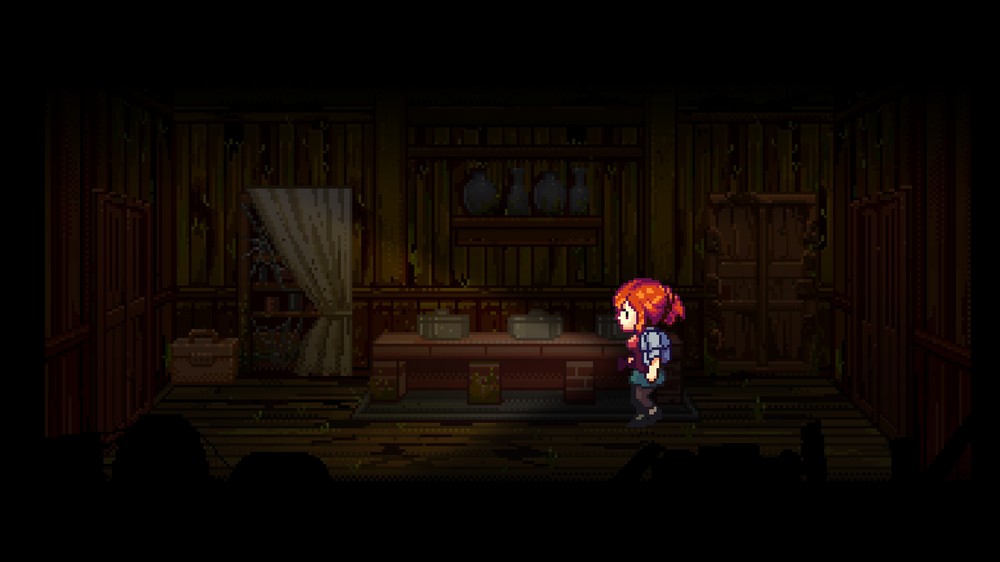 The game also has some slightly obtuse puzzles and interactions. It’s not a huge issue to try and use everything on every other available thing just to see if there’s an interaction you missed, but it can be a little frustrating when you, for example, use a rock hammer on a bit of flavor description of a tree and this somehow produces a diary page. I will say this is only the most memorable instance, others are less bad.

There’s also the fact that, for some reason, your sprint meter is only 75% as useful as it shows. When you get down to 25% sprint, your speed will actually decrease if you try sprinting past that point. It’s not a huge issue to work around it, it’s just kind of extremely puzzling of a choice in my opinion. 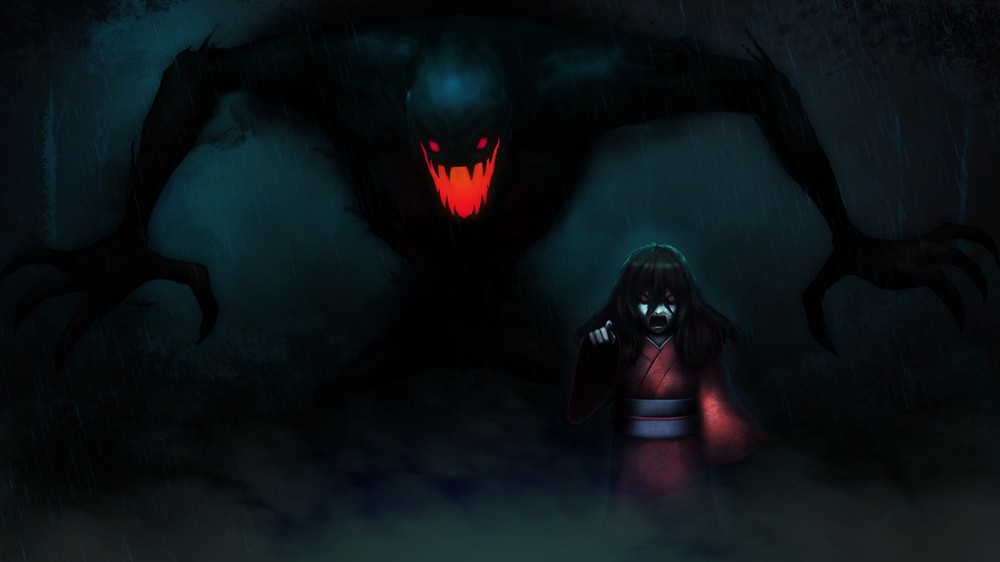 Despite these quirks, I found the game enjoyable. Good visuals, interesting plot, lots of care put into things like voice acting. And also, most importantly, you can pet the cat.