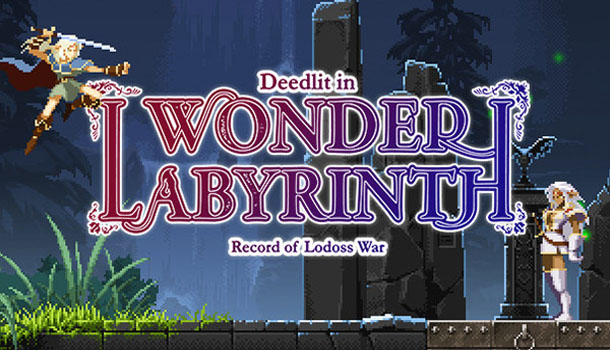 As someone who prefers cutting edge visuals and dislikes backtracking and repetition in video games the fact that this pixel-art, Metroidvania has captured and held my interest is impressive, but Record of Lodoss War-Deedlit in Wonder Labyrinth has done just that. The pixel-art is actually quite stunning with all sorts of crazy special effects, lots of details in environments and characters, and some intense animations that all complement the non-stop action gameplay. Playing as Deedlit, a fierce female warrior, you’ll awaken in a strange world and must fight for answers to where you are and why.

As you explore the world one screen at a time you’ll engage in endless combat using a combination of sword and bow attacks as well as a few other weapons once you find them. Your bow can even be used to solve numerous environmental puzzles that require some precision shooting. Along the way you will encounter Elemental Spirits that will enhance your combat abilities by providing defensive buffs based on matching elemental attacks. These spirits can be leveled up to provide greater protection as you dive deeper into the game. Additionally, you’ll be able to shop for new items and sell off old gear you no longer want to carry around. 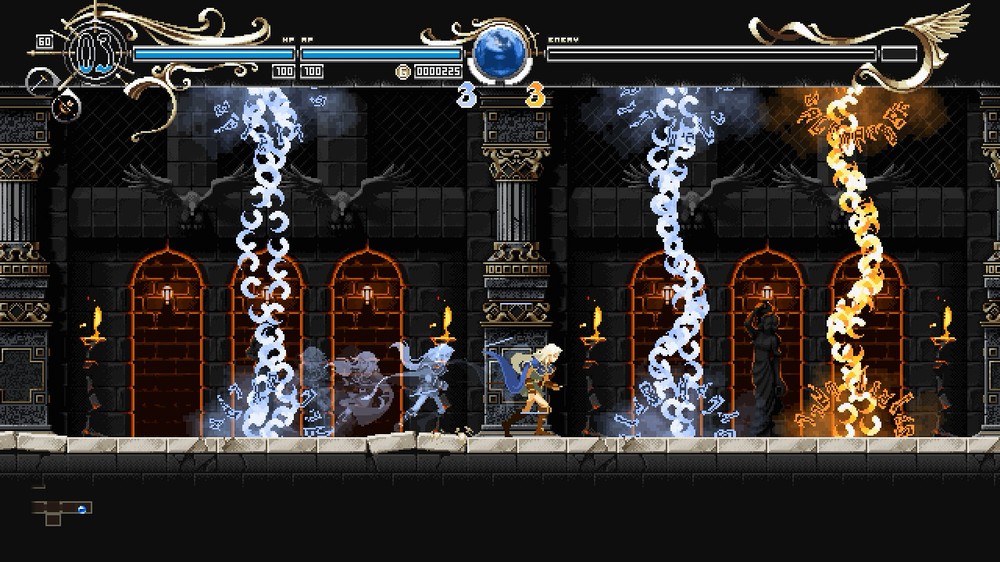 The world of Record of Lodoss War-Deedlit in Wonder Labyrinth is mapped out in this massive grid of individual screens that you explore both vertically and horizontally. Thankfully, a helpful mini-map keeps you from getting lost. Expect plenty of backtracking as you play but it never gets boring because enemies spawn every time you return – if you leave a screen for 10+ seconds and immediately return any enemies you just killed will all be back ready for a fresh fight. There are several enemy types for now, and the creatures you do get to kill are pretty impressive including two significant boss fights. There is a nice mix of combat with melee/sword and ranged/bow attacks, and the elemental aspect is a refreshing twist.

There is no mistaking the deep fan service to Symphony of the Night, both in presentation and gameplay; Castlevania fans will find much to like here. This Early Access version offers up about two hours of gameplay as well as two bosses and several weapons. It’s a fantastic first-look at what should be an incredible game once finished. The challenging combat and engaging battle mechanics as well as the light puzzle-solving combined with some impressive pixel-art graphics and a great soundtrack will keep you engaged from start to finish and leave you wanting more.

You’ll probably know instantly if this game is for you simply by watching a gameplay video or even checking out the screenshots. The promotional material accurately represents what you’ll experience when you start playing Record of Lodoss War-Deedlit in Wonder Labyrinth, and even though this is a small taste of what’s to come I can confidently recommend you check out this Early Access version and help support the developers in finishing up this game as soon as possible. 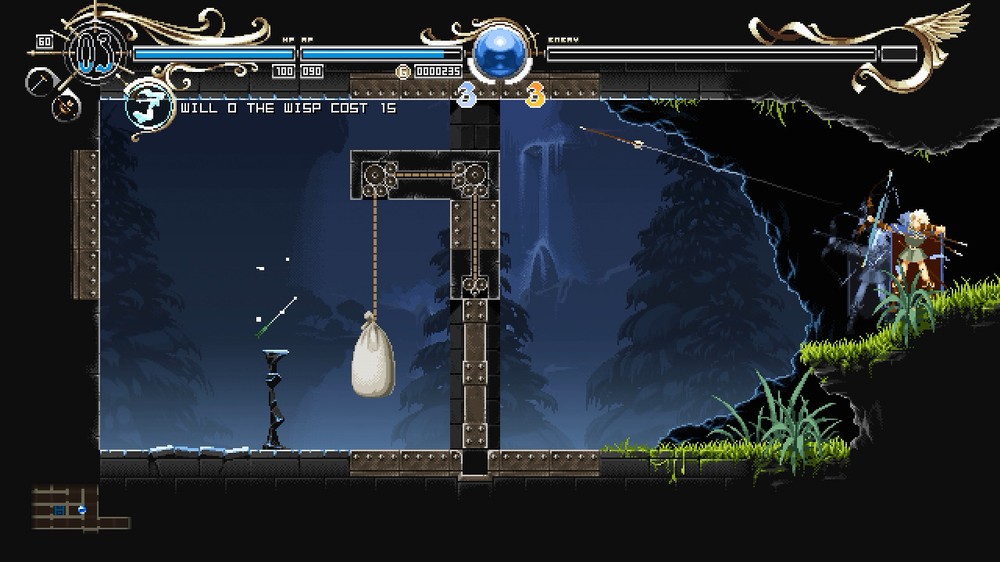 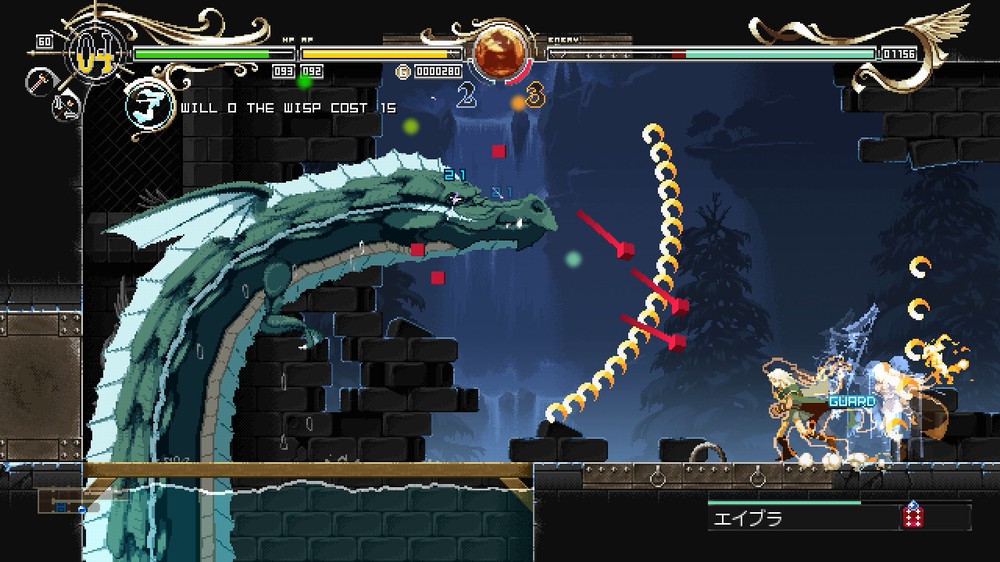 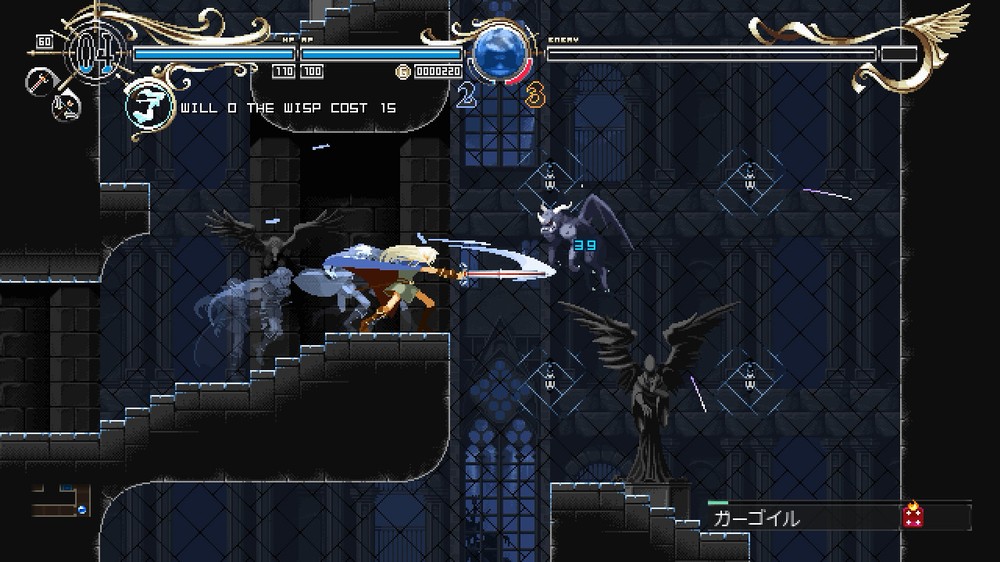