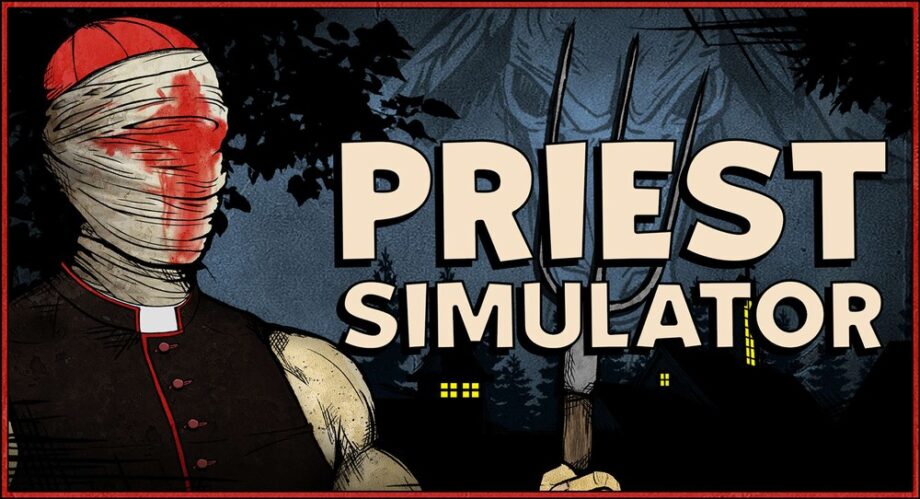 Priest Simulator feels like an inside joke that fell into a video game. It’s not a particularly clever game, and the one-note joke of a vampire impersonating a priest overstays its welcome. It would be buoyed up if it were fun to play, but unfortunately, the gameplay is as simplistic as its humor. Don’t get me wrong, I chuckled here and there, but only because of how ridiculous it is that someone actually made a game out of this concept. To put it another way, this is absolutely the kind of game you will find in Early Access on Steam.

Developed by a small Polish team called Asmodev. I can’t confirm this, because I was unable to find any information on the location of this company inside or outside of their Steam page. The game is published by Ultimate Games S.A., which is no stranger to farcical simulators. Priest Simulator is the entry point into a universe defined by sacrilege and heretical jokes. It’s a funny elevator pitch that got out over its skis and quickly runs into the ground. 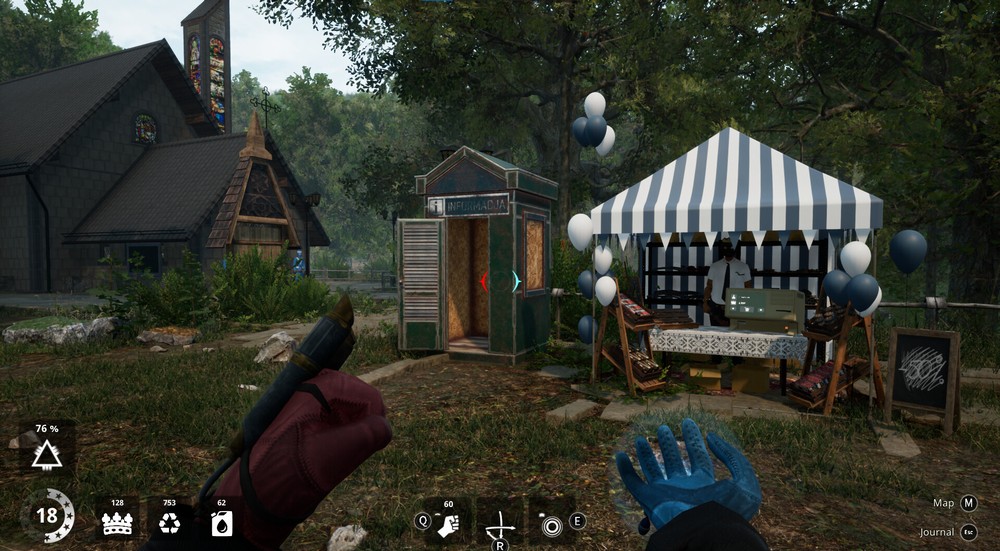 You play as a vampire who lost his beloved curse, gets banished out of hell into a town called San de Ville, and is trying to get back into Hell in order to gain fame on social media. To do so, you must pretend to be a priest and play out “Christianism” antics to thwart the evil-loving “Shatanists.”

You’ll start by setting up shop in a church, and the joke of a demonic vampire parading in priests clothing ratchets up from there. The quests each take about 90 seconds to accomplish, so you can really barrel through the game. The combat is pretty identical to Skyrim except each hand deals different damage, one is blue Christianese and the other is red for Shatanists. You’ll craft and upgrade weapons like a holy cross and telekinetic glove. Likewise, you can wield a melee weapon like a baseball bat or hammer. The combat is mostly superfluous as most of the time, you can just run past enemies and open the door to the location you were fetching an item from. Shortly after realizing that I didn’t have to fight, I would regularly skip the combat, so I didn’t have to listen to the same four or five voiceover lines from the enemy again and again. 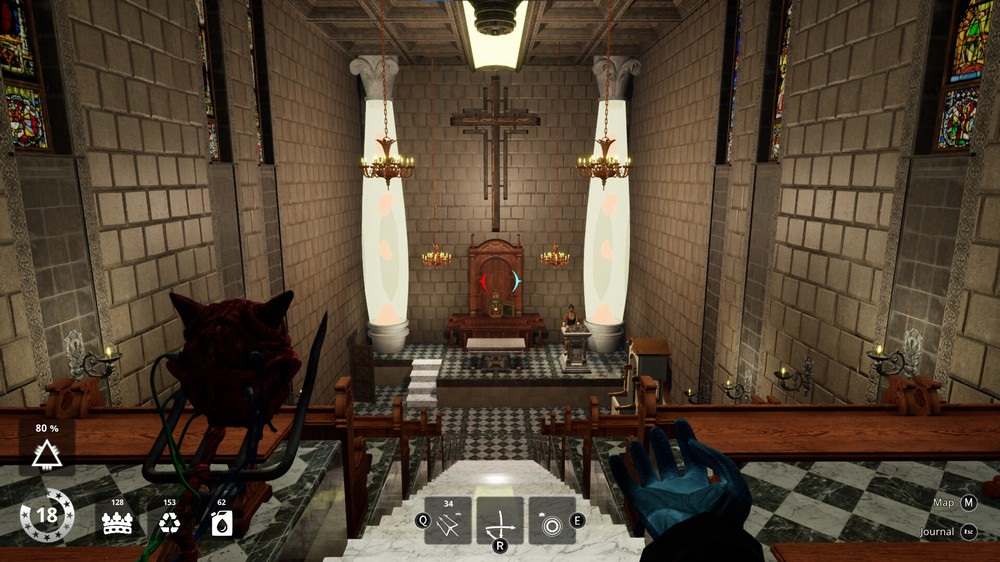 I performed exorcisms, rebuilt a church, took confessions, and mind-controlled zealous Christians to fight for me, but none of it was particularly fun. Due to the small play area, you will quickly learn typography and just sprint to various locations repeatedly to talk to an NPC or drop a washing machine in a pentagram. Your efforts are rewarded with a currency called Splendor and recycled materials. You’ll need the latter to upgrade your church.

The game looks very simplistic; character models, buildings, and foliage are all very boilerplate. I will say the soundtrack had some high points. It’s always fun to hear different countries take on metal or other genres of music. There’s just not that much to write home about in the art department. 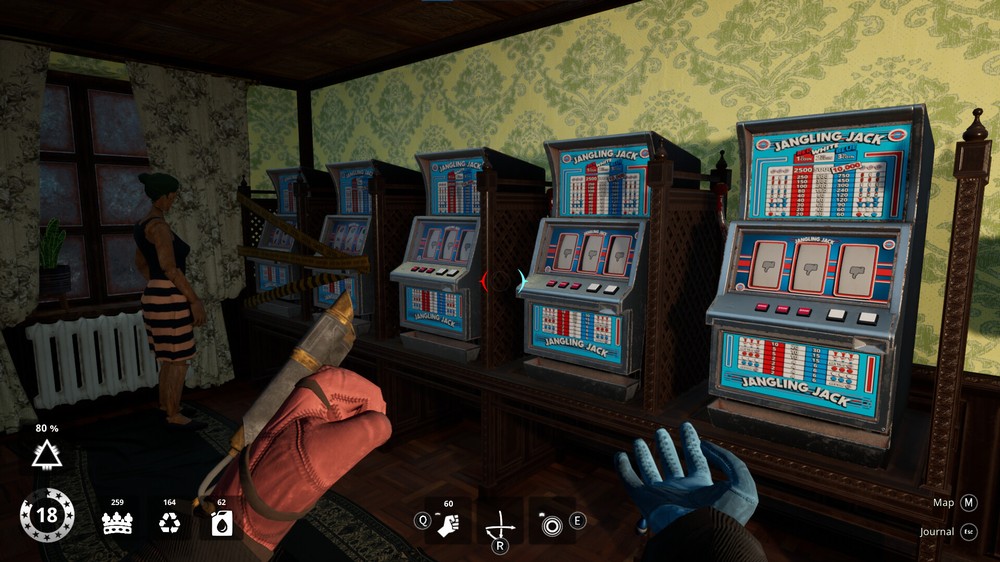 The game is fully dubbed in English, and I have listened to sections in Polish as well. I suspect the total voice-actor count is less than 10 people, but I suppose it all contributes to the overall joke. At least in English, the voice-over doesn’t always match the subtitles. This can be troublesome because the voices are so goofy and accentuated to sound ghoulish that it’s hard to understand what they’re saying. Luckily the quest system is so explicit that you don’t need to keep track of much.

The game’s cinematics takes place in a mockumentary format of the characters talking to the camera. Again, it was funny in the beginning and in a trailer but overstayed its welcome as a motif. The 5th time you see your character tell you that he wants his powers back, it gets old. 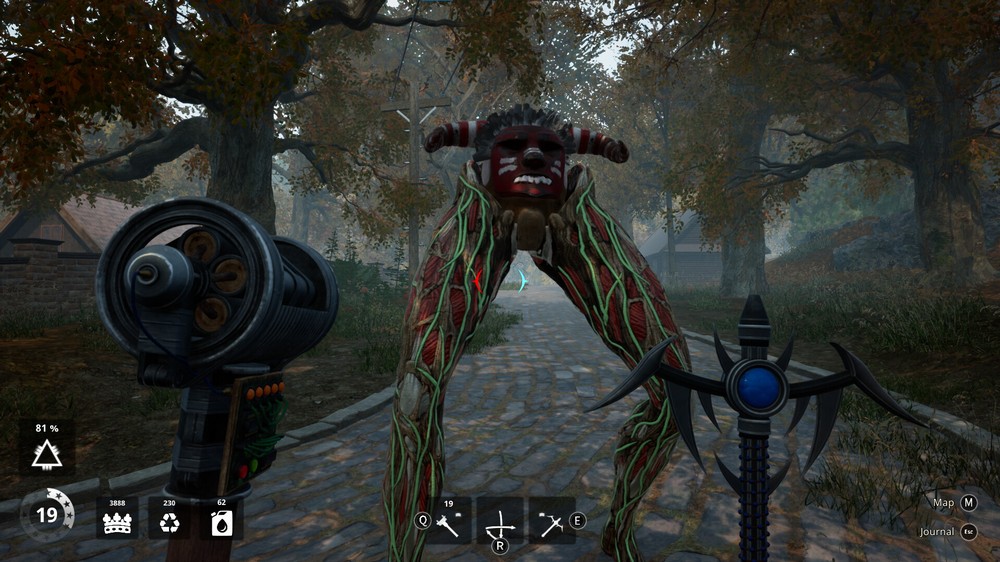 I didn’t have any glitches or crashes while playing, and the game ran well. It’s not a graphical powerhouse but at least it’s a finished product. The game already has some DLC, and a few press releases imply that this is the beginning of an interconnected universe, which could cross-over with some of the other games by the developer. So, I’d expect that if the game sells well, you’ll get more heretical humor. Furthermore, while in early access on PC, the team intends to bring it to all modern consoles.

I never want to be overly negative, and I will say that it appears that Asmodev accomplished what they set out to do. The quest system and the worldbuilding is all feature-complete, it’s just about a foot wide and an inch deep. You can get most of the benefits of the joke from watching the trailer. The game isn’t quite funny enough to make it worth paying $30.00 and suffering through the fetch quests and cringy combat. It is like a white-elephant gift you would play if you were stoned with some friends, but sober and solo, there are much better uses for $30.00.