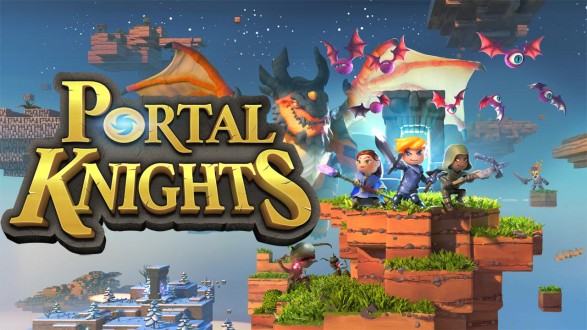 Gamers looking to get a jump on the May 23 console launch of Portal Knights will be able to begin their adventure on April 20 as award-winning publisher 505 Games and developer Keen Games announced the launch of a pre-release trial for the 3D action-packed sandbox role-playing game (RPG) Portal Knights. The trial will be available to download for free in the PlayStation Store or Xbox Games Market, and allows players to create characters and begin exploring the world, with the ability to transfer save data to the full retail version at launch.

505 Games and Keen Games also confirmed the launch date for digital and retail editions of the PS4 and Xbox One versions of Portal Knights – now set to launch in North America on May 23 and in Europe, the Middle East and Africa on May 19.

The free trial version of Portal Knights will provide newcomers and hardcore fans an early taste of the game’s immersive world with the ability to craft, battle and build an entirely unique adventure in Portal Knights’ randomly generated worlds. Magic, monsters and mystery awaits in dungeons and castles across more than 40 unique islands as players encounter epic boss battles and enjoy both single and two-player cooperative multiplayer gameplay.

Players who pre-order Portal Knights will receive exclusive bonus content for the PS4 and Xbox One version if purchased through participating retailers. Players can check with their local retailer for specific pre-order offering. For more information, please visit www.portalknights.com.

The features available in the free trial of Portal Knights will include: