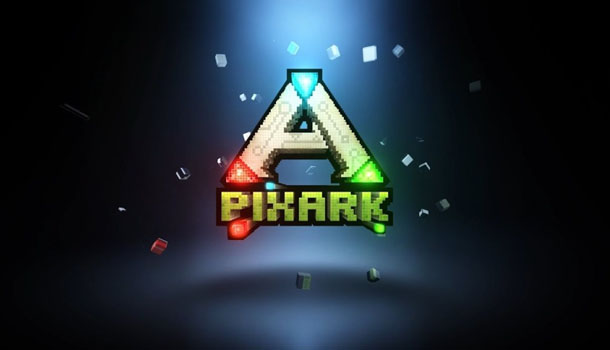 It feels as though a lot of games that go into Xbox’s Game Preview program, which is essentially an Early Access testing ground, are of the crafting variety, where you’re placed in a large, open world, and given the chance to scrounge for various materials and build structures, weapons and armor. Most follow the same formula, where you collect basic materials to become stronger, and use this increased strength to venture into a new area, where the resources are of slightly better quality. You’re then able to improve your equipment and move into a new area, and so on and so forth.

PixArk is no different, though, with a blend of Minecraft style visuals and the addition of dinosaurs, it’s clearly designed to appeal to the young, and the young-at-heart who have never really overcome that dinosaur obsession that hits most children, especially young boys. However, as I was spending time with PixArk, I couldn’t help but feel as though this crafting-genre train had already left the station, and that the new big thing is Battle Royale. PixArk will have to do a lot to draw in fans that have already left this genre behind, and from the evidence on offer here, I don’t think that it does enough to draw people in. 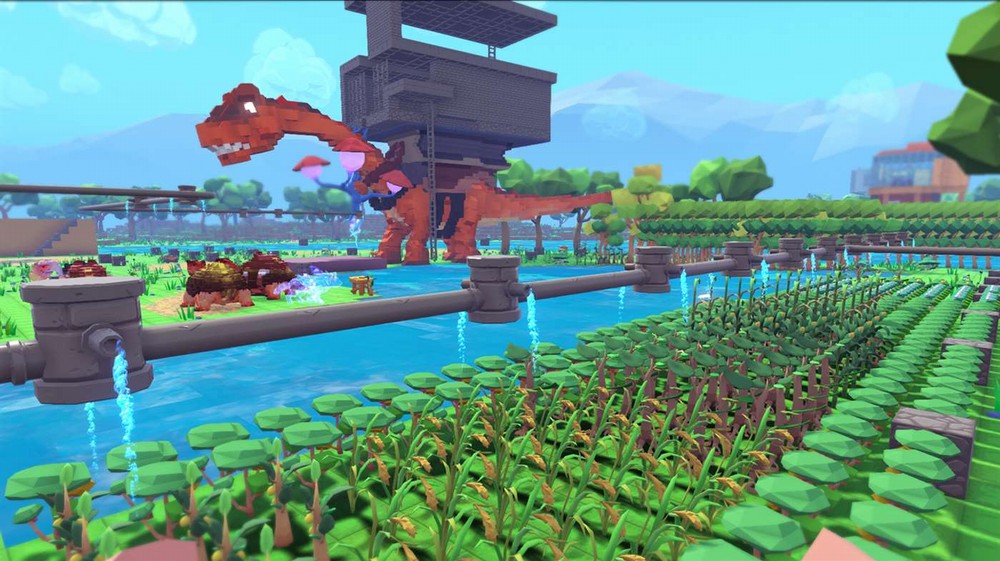 One of my general pet peeves with playing crafting games on console is that they’re so often designed primarily for PC, and a keyboard and mouse input combination, and it’s often evident by fiddly menus that controller input options have been either put on the backburner or overlooked entirely. PixArk is one of the worst culprits for this, and considering how much time you’re required to spend within its menu systems, I would be surprised if most players didn’t have to put their controllers down in frustration every now and then. The button assignments seem  strange, and while I definitely noticed with time that I was getting more used to them, I still found that I would often select the wrong item, or I would have to navigate round various different objects to get to the point that I wanted to be at.

When you’re trying to build a house, or craft armor, you want the experience to be fluid and quick, and you don’t want to be wrestling with basics such a selecting a wall or a floor as opposed to a roof or a window. The best crafting games allow you to be creative on the fly, and PixArk’s menu systems currently feel as if they’re preventing you from doing what you want with any feeling of fluidity. 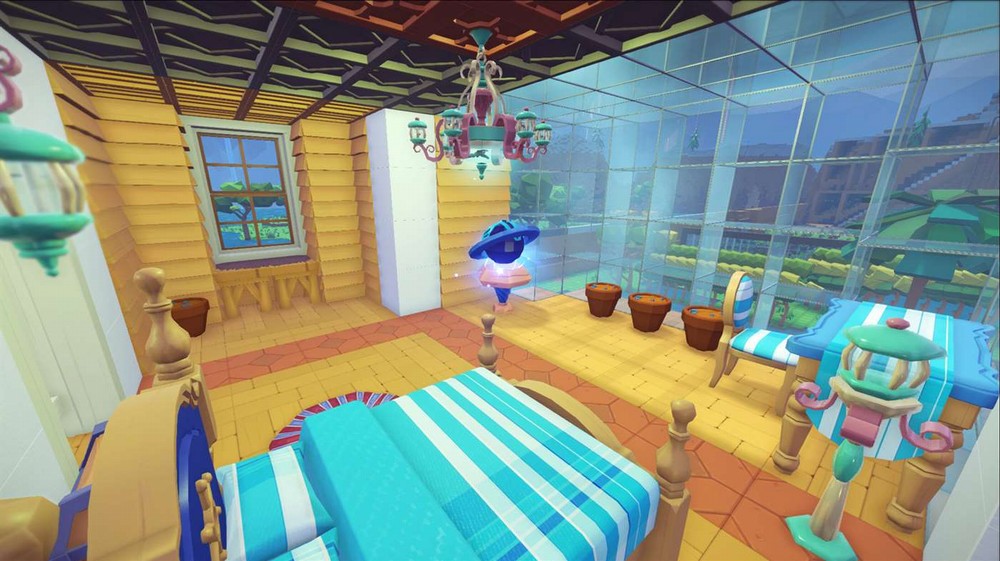 Perhaps the best way that I can explain my general feeling when playing PixArk is to compare it to the experience of building with a knock-off LEGO product, with Minecraft taking the place of authentic LEGO in this analogy. PixArk feels like a close approximation of the real thing, but it feels off somehow, and it’s almost like the pieces don’t quite fit together as cleanly as they should do. Everything is fine, but it feels cheaper, and it feels as if it’s trying to do something that has already been done well, and it can’t help but fall short. The addition of dinosaurs and a dinosaur hunting aesthetic is a neat idea, but it doesn’t add anything to the gameplay, and feels more like an attempt to appeal to fans of dinosaurs than to genuinely bring anything productive to the table in terms of mechanics or game experience.

In its current state, I’d find it difficult to recommend PixArk to any gamers. It doesn’t offer anything different from experiences already available, and the games that it attempts to emulate are of a much higher quality. There needs to be a lot of work done on PixArk, both to make it friendlier to console gamers and to make it stand out from the pack, otherwise it will quickly disappear into mediocrity and irrelevance. For a concept that initially sounds pretty intriguing, it’s surprising how anonymous the execution has ended up being. 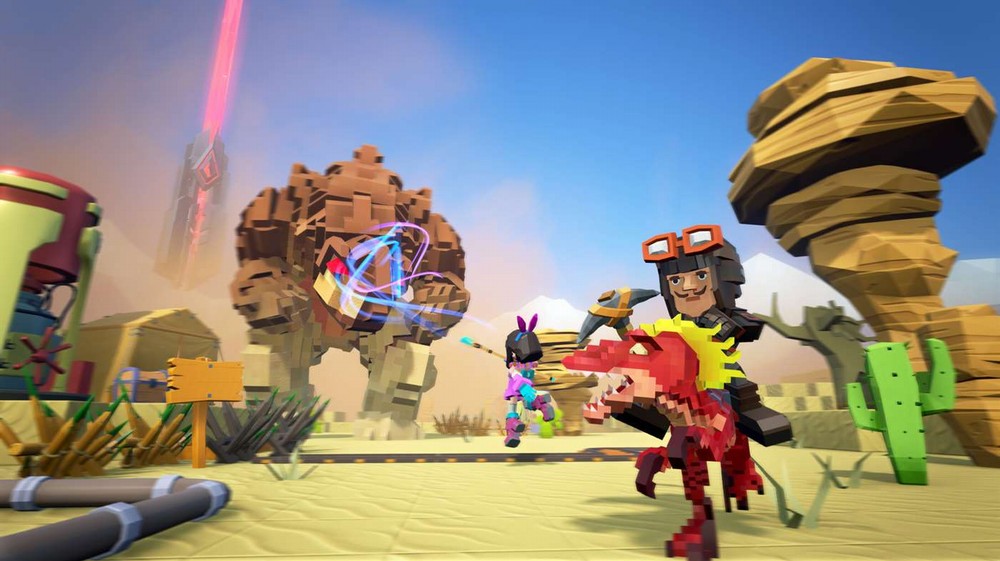 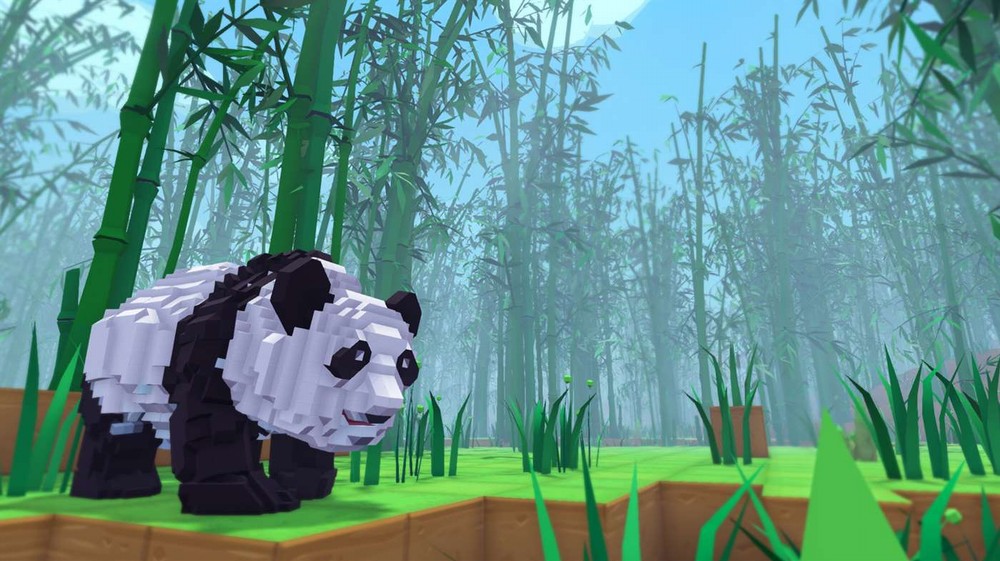 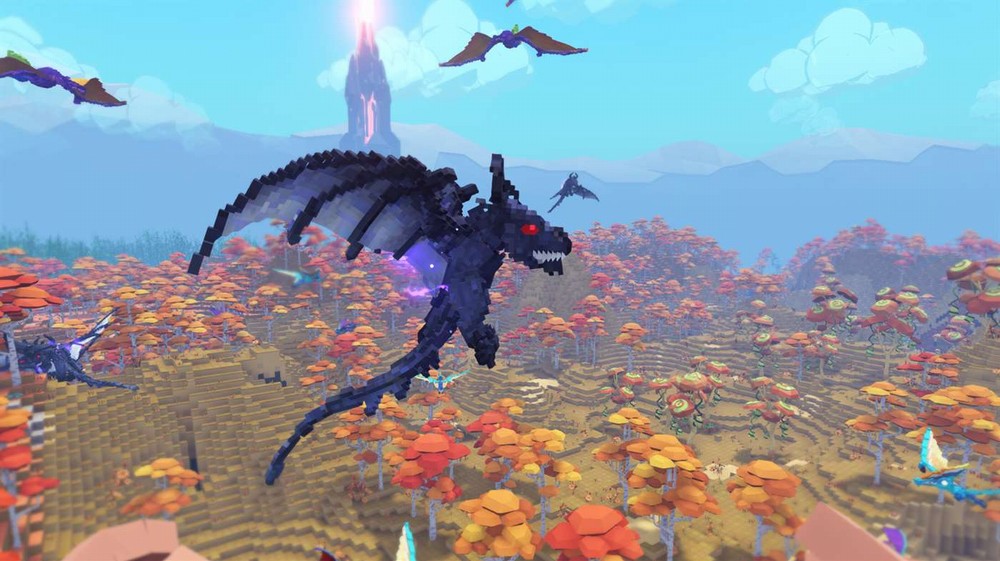