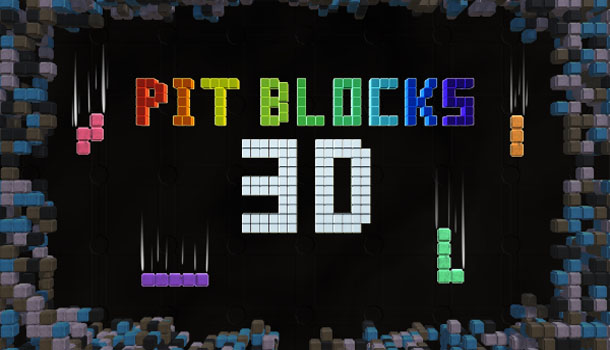 Let’s be honest; Pit Blocks 3D is basically 3D Tetris dodging a copyright lawsuit, and thankfully you can’t trademark a concept because Pit Blocks 3D is by far one of the most engaging Tetris-style puzzle games I’ve ever played.  Despite its singular core gameplay of stacking various shaped interlocking blocks, the game offers a surprising amount of varied content including five multi-stage environments, each with its own captivating look and story; yes I said story.  I won’t go into too much detail on the specifics of each story – you can read all that on the Steam page – but I found it highly ambitious to even bother trying to fit in a narrative to a game such as this.

Each of the five chapters in Pit Blocks 3D offers its own clever twist on the standard block-drop puzzle concept, which is driven home with stunning backgrounds, boss fights, and even environments that fight back to stop you from solving these puzzles.  There are amusing stories behind each chapter, and while I found them unnecessary they did provide some contextual background for why I was doing what I was doing.  Things slowly build up in difficulty culminating in the Volcano level where you’ll encounter the ultimate challenge. 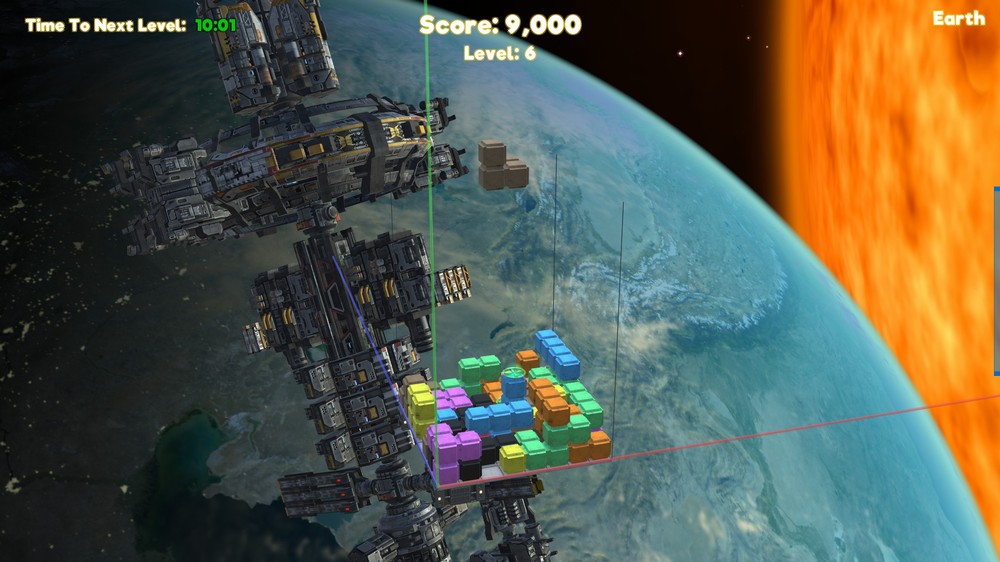 Pit Blocks 3D offers three difficulty modes which directly affects the size of the blocks, and you can also set the size of the pit or let the game randomly choose these pre-game variables.  With this level of freedom in the setup along with the gorgeous environments and a soundtrack that covers multiple musical genres there is something here for gamers of all ages and skill levels.

The game requires excellent spatial awareness on the part of the person playing.  Things start off easily enough as the various shaped blocks slowly fall to the bottom of the pit, and Pit Blocks 3D plays much like any other Tetris clone until that first multi-dimensional block appears.  Despite the game being in 3D most blocks are of the 2D variety in that they only occupy one layer of the Z-axis, but there are some pieces that won’t simply lie flat, usually with a single square segment protruding up or down.  Its pieces like these that really make you think, since one mistake can ruin an entire layer of blocks.  Unlike traditional Tetris you really want to eliminate an entire layer as it fills rather than going for some crazy combo since winning a level is all about staying alive until the timer runs out. 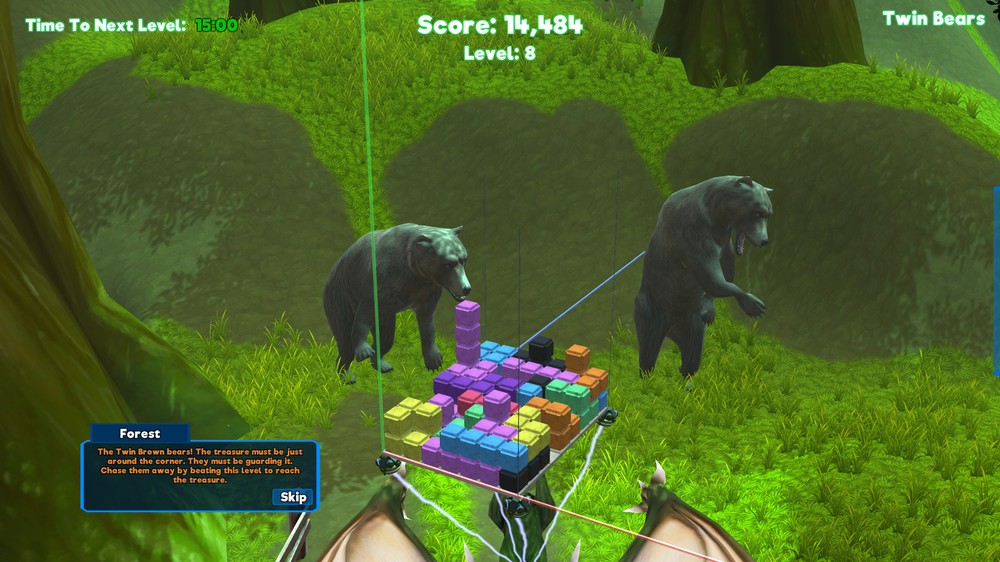 Controls are a bit problematic; at least until it all becomes second nature.  You can spin the 3D wireframe pit and even zoom in and out, and you will need to do all of that to see the full shapes of blocks as well as find any obscure open spaces in your stack.  You can rotate the falling pieces around any of the X,Y,Z axis by using the X,Y,B buttons while the A button drops the block immediately.  The landing zone is always highlighted.  My only issue was that even after several games I was still having trouble remembering which button rotated which axis, which can be a problem in later parts of a stage when your stack is near the top and you don’t have time to correct mistaken spins.  I eventually got the hang of it, as the 3D nature of the game and the controls became instinctual about 60 minutes in.

I had a blast with Pit Blocks 3D, and for only $20 you are going to find countless hours of engaging and addicting fun trying to make your way through all the chapters then going back and trying to set those high scores on the leaderboards.  This is definitely a game that is easy to learn and nearly impossible to stop playing.   The stunning visuals and soothing music make it all that much better, and I could only imagine how much more interesting this game would be in VR.  It’s definitely worth your time and money now, and especially if you can find it on sale. 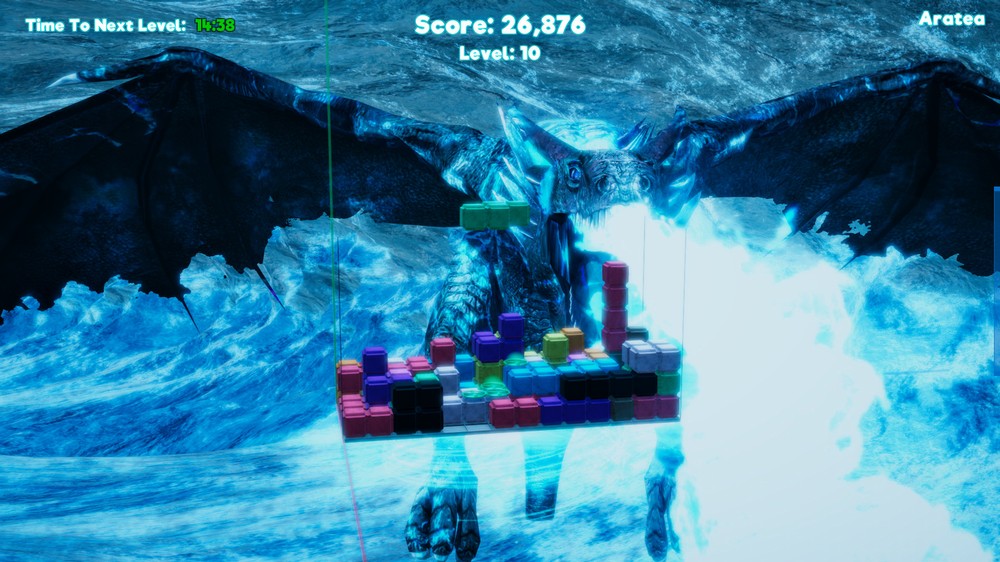 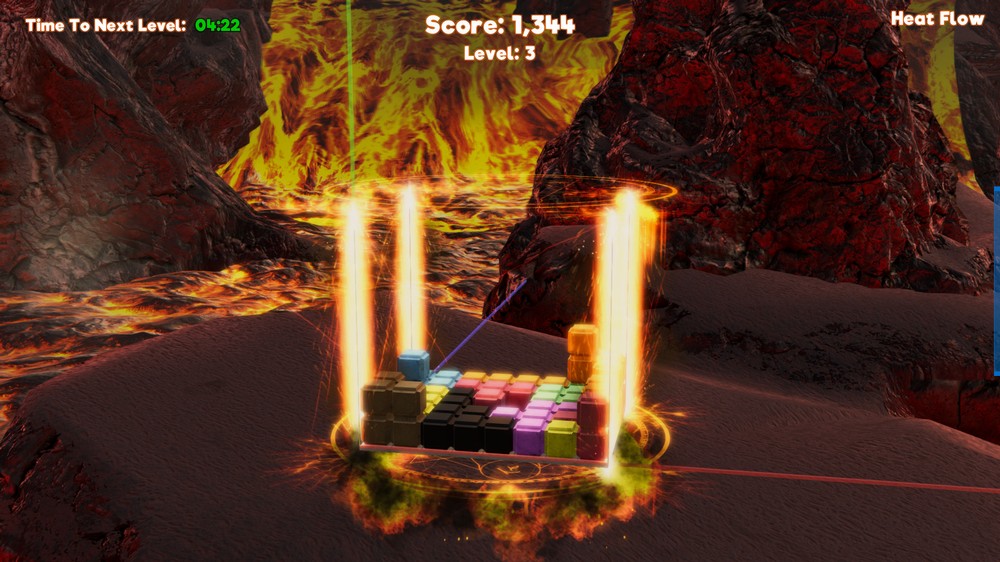