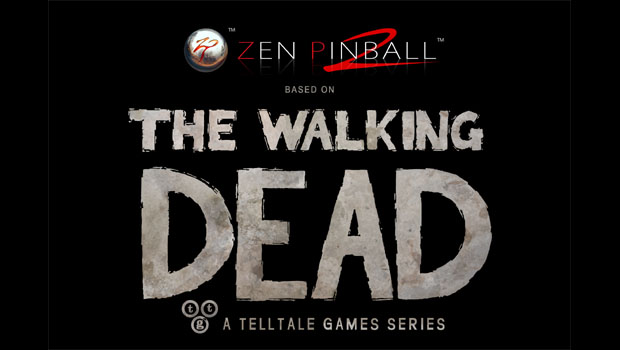 Zen Studios continues to bring us exciting new downloadable tables for their Pinball FX2 and Zen Pinball 2 games on PC, console and mobile platforms, and today sees the release of perhaps one of the most anticipated new boards, The Walking Dead.  Before fans of the AMC series rush to their digital store to buy a copy it is worth noting that this table is not based on the TV series but rather season one of the Telltale adventure game – you know, that little adventure game that won hundreds of Game of the Year awards.   I applaud this decision, as I find the characters and locations from the videogame more memorable than those of the TV show, so when you see iconic set pieces such as the abandoned train, the motel, the drugstore in Macon, or Clementine’s backyard treehouse it all resonates that much more.

Zen Studios has worked closely with Telltale to create a table that not only looks and sounds like the adventure game but also incorporates some of the story and decision-making elements into the pinball table.  From time to time you will be able to select one of the five chapters from the season one series and make key choices that mirror the adventure, which in turn trigger new pinball challenges.  These branching gameplay moments are often accompanied by exciting close-up action of detailed 3D rendered characters, chilling shifts in the soundtrack, and new story dialogue.  You might see Lee kicking the soccer ball around with Clem one minute only to be defending her from a walker attack the next, and when the lights go out and the table gets dark gameplay gets downright sinister.

There are clever little integrated elements like launching the ball with an axe and numerous walkers poking their heads out of the table or waving their arms around reaching out to grab your ball.  There is one particularly angry walker trapped below your flippers that always seems to startle me.  While it is not required that you have played the adventure game to enjoy this new pinball table it will certainly help, as this is truly  designed as fan service for those familiar with the adventures of Lee and Clem.  It’s been over a year since I played season one and this table was strongly urging me to replay those chapters again.

But even if you are just looking for a great pinball table, The Walking Dead is quickly proving to be one of my top three tables in my entire 50+ table library.  The structure of the table and the sheer variety of challenges and mini-games, plus the integrated chapter choice and decision branches really pull you into the theme unlike any other table design.  And for every choice you do make there is always that “road not taken” question lurking in the back of your mind that will have you replaying this table multiple times exploring all the possible paths.

The overall presentation of The Walking Dead table is gorgeous, loaded with subtle details that will continuously reveal themselves the longer you play.  Even after hours I am still spotting new little touches here and there.  The table art is stunning, recreating the look of the adventure game, and the entire board has this muted color pallet rich in earth tones that really make the silver ball pop off the table.  The soundtrack ranges from chilling and ominous to dangerous and exciting depending on the action and the library of voice clips is large and diverse and much of the dialogue is story driven, so you seldom hear any repetitious sound bites.

Whether you are a fan of The Walking Dead TV show, adventure game, or just looking for a fantastic new pinball table to add to your Zen Studios library, it doesn’t get any better than this – the must-own and can’t-stop-playing The Walking Dead Pinball table, available now (or coming soon) to any device that plays the core game. 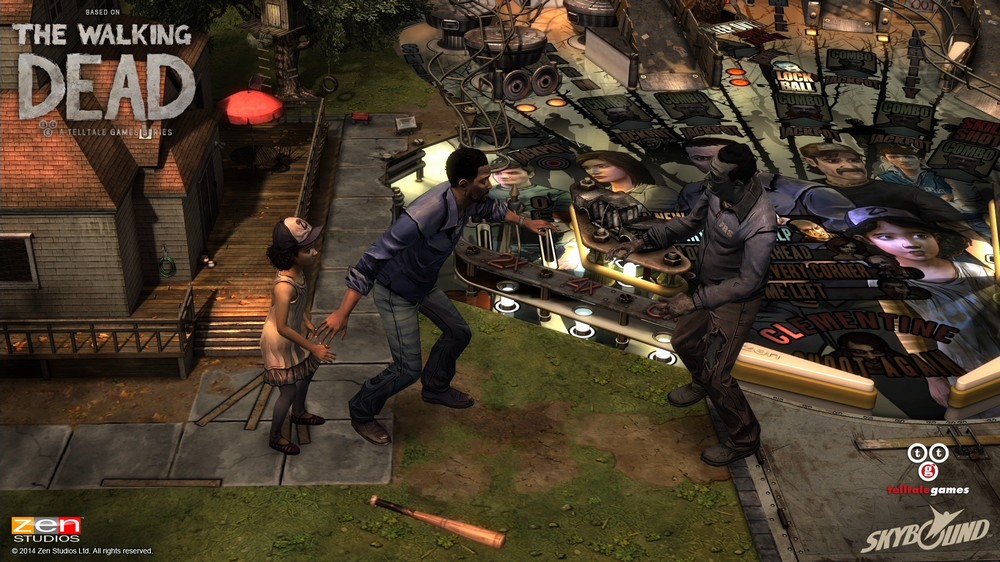 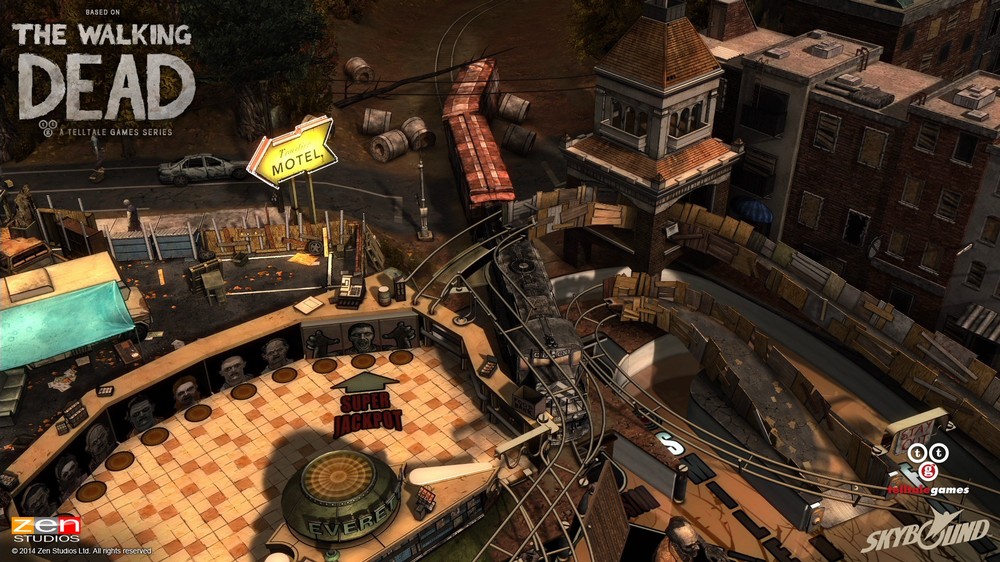 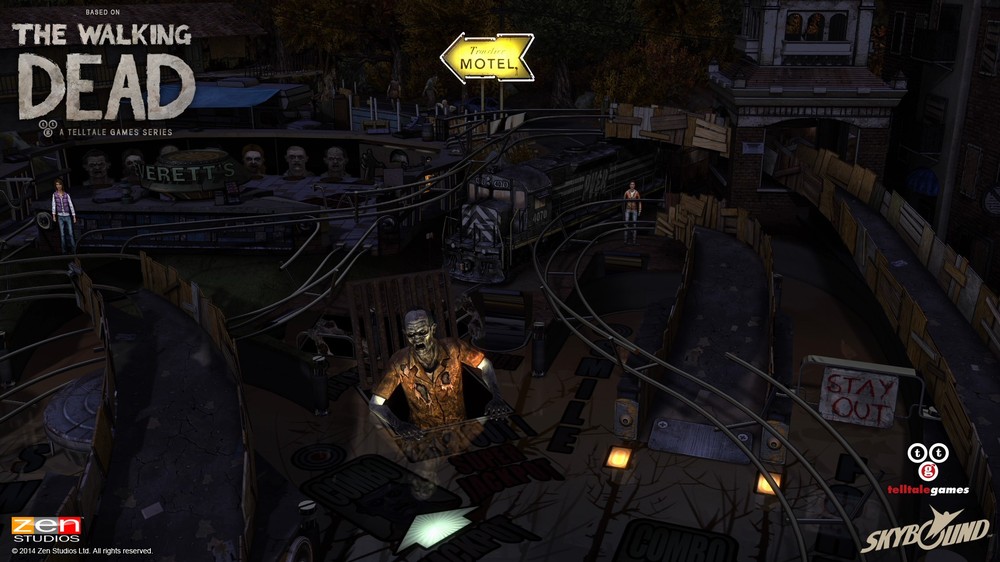 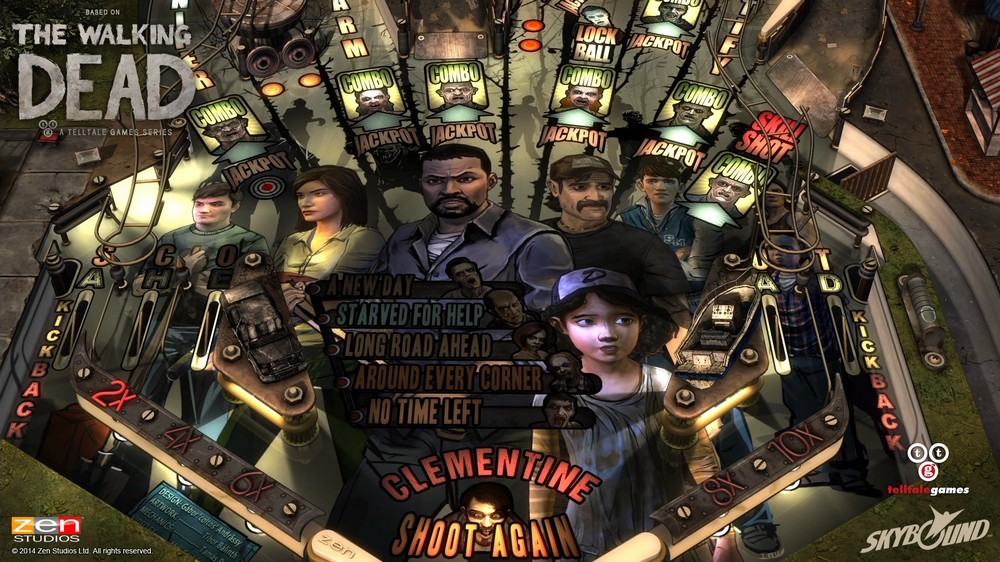 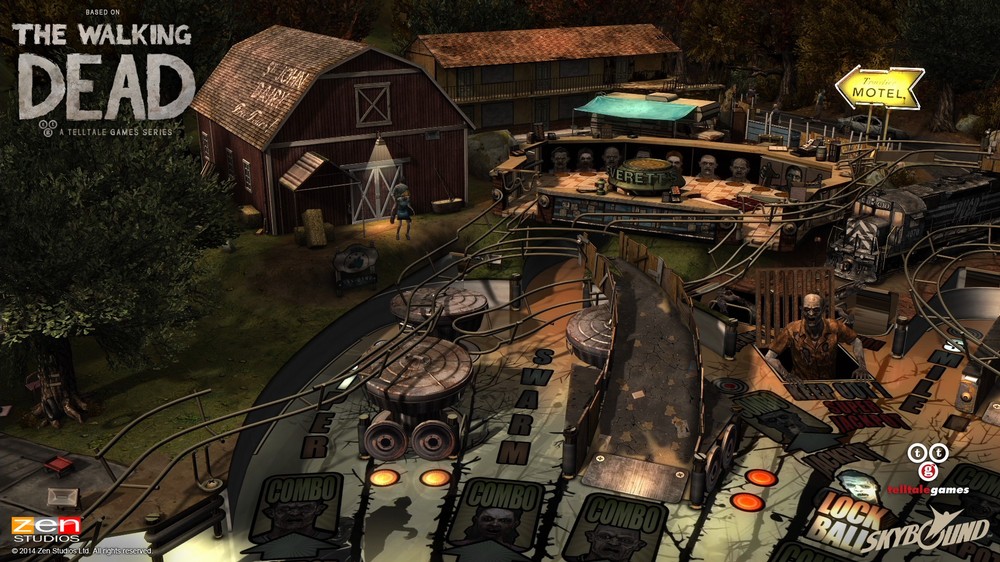 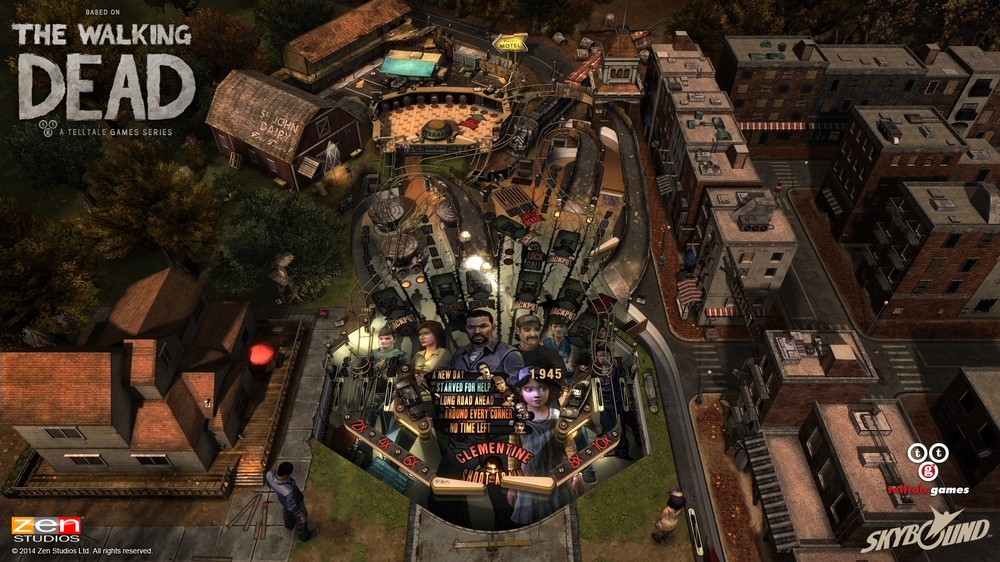 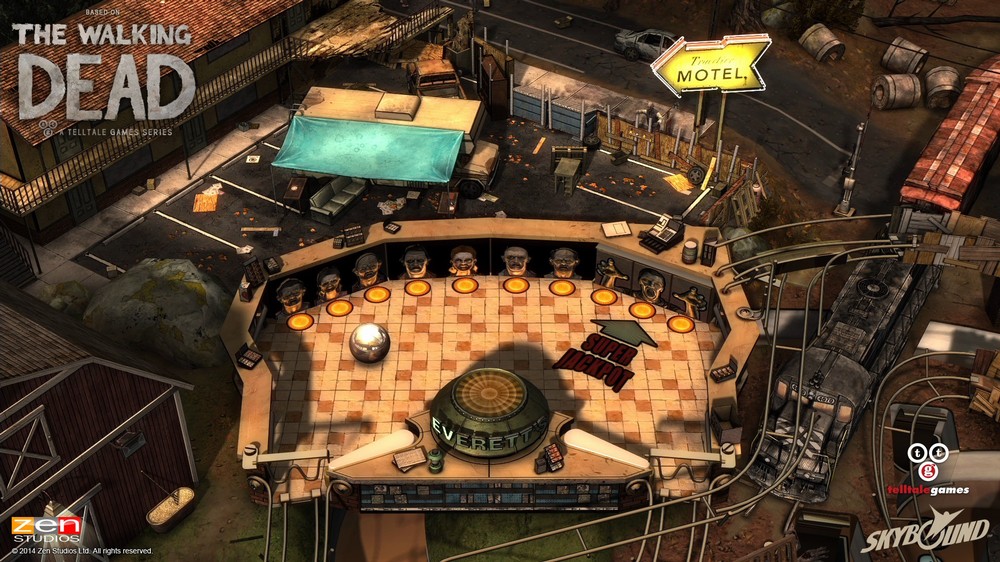