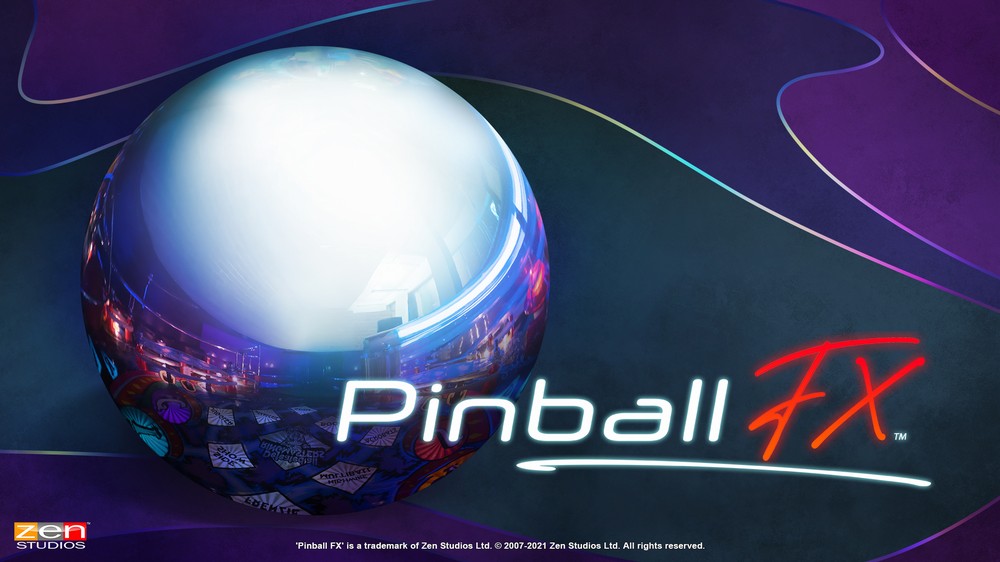 I’ve been a big fan of pinball since the early 80’s and my days spent donating quarters to the various arcades around town.  When I got my first Atari 800 I spent countless days and nights creating my own pinball tables in EA’s Pinball Construction Set.  Jump ahead two decades and I was falling in love with pinball all over again with the original Pinball FX on Xbox Live Arcade – anyone remember that service?  Since then I have reviewed every pinball game Zen Studios has released including: 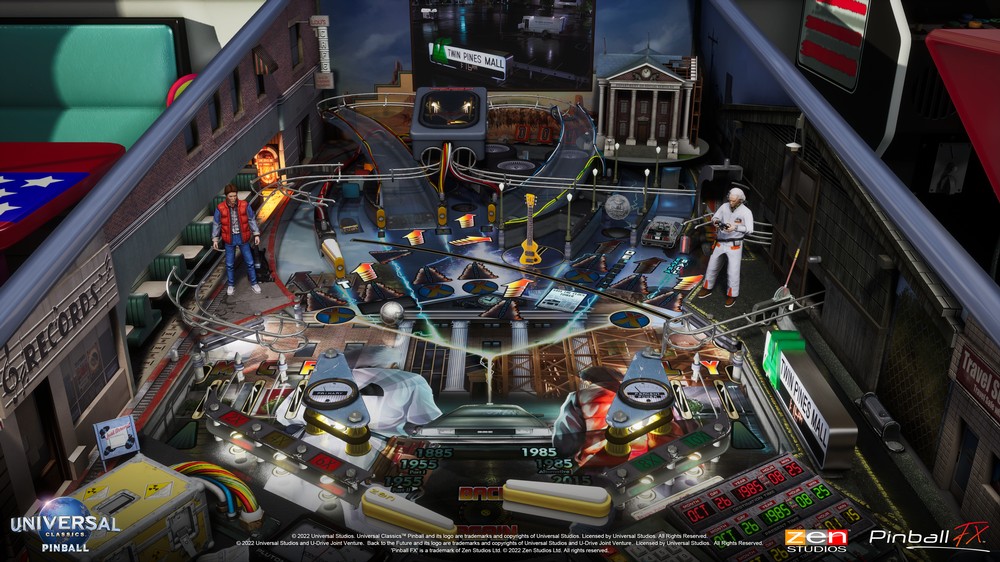 Since January, 2016 I have posted over 100 reviews and news articles for the various games and table releases from Zen Studios and posted over a dozen gameplay videos.  So why am I telling you all this?  So you know how much I love these games.  I have all 100 tables for the PS4 including the recently released Indiana Jones.  I have 30 DLC tables on Steam for the PC version of FX3 along with all the tables for the Oculus VR version.  Thankfully, Zen Studios provided me with codes for most of these, and I’ve only had to pay for nine tables out of pocket back during the migration from FX2 to FX3 on the PlayStation.  So when I start talking about financial stuff in a minute I might not seem as financially invested as some other gamers out there, but I am very much emotionally invested in this franchise.

When the new Pinball FX was announced back in January of 2021 I was beyond excited, then after more than a year of waiting I honestly forgot all about it.  I was content, playing my VR versions of the game, but was happy to check out the new Indiana Jones table that released a few weeks ago on PS4/PS5.  Then, out of the blue here comes the announcement that an all new next-gen Pinball FX was up on the Epic Game Store and ready to go with 38 tables updated for 4K, raytracing, and updated physics.  Sign me up. 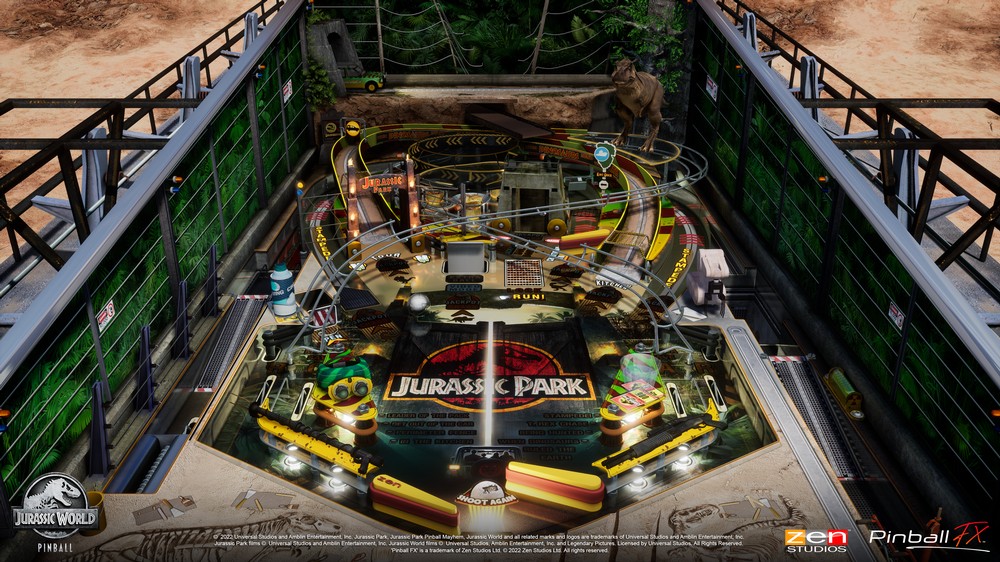 The core Pinball FX game is free, so anyone can check it out to some degree, but the entire pinball landscape has been drastically altered.  The game is now a “service”; a shell basically, designed to drain your wallet as fast as you can click on those in-app purchases.  You have a few options on how to approach this new economy.  Unlike the previous game where you simply paid cash for tables, you must now buy Tickets in one of four bundles: 100, 220, 575, and 1200 starting at $10 and going up to $100.  The obvious incentive is that the more you spend the more you save with the small bundle equating to $.10 a ticket and the largest bundle coming in at $.08 a ticket.  This whole system is a big gimmick to lock you into an in-game currency that takes away your purchasing power to buy specific items for specific prices.  The bundles and the prices of the items are designed so you either never have enough tickets or you have tickets left over that you either need to add to or waste.  Anyone remember the dark ages of gaming on the Xbox 360 where you had to buy Microsoft Points?  Same deal here. 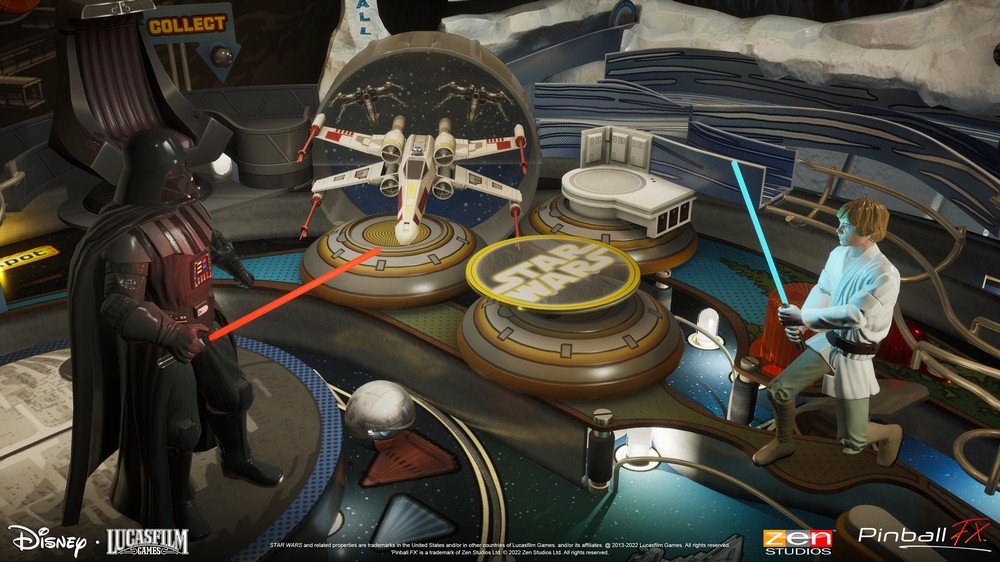 So what about all those tables you’ve been acquiring for the past decade or more?  Prepare to buy them all over again; at least the ones that are available.  A few fan favorites like The Walking Dead and Portal aren’t even coming.  There are currently 38 tables available at Early Access launch and there is currently a 33% OFF sale going on, which lets you snatch up 37 of those tables for $120 (220+1200 ticket packs).  Indiana Jones Pinball Adventure cannot be bought with tickets; only real money…$15 of real money.  So if they can do it for Indy why can’t they do it for the rest?

If you want to pick and choose when assembling your new library of old tables you can expect to spend anywhere from 40 to 60 tickets on average for a single table.  There are no more bundles, so every table needs to be bought separately.  I suppose this is good for those who disliked a particular table in a bundle, but perhaps they could offer a discount for those who do want all tables within a certain genre pack.

Of course what Zen Studios really wants you to do is pay for their new Subscription service; $15 a month or $99 a year for their Pinball Pass.  Imagine paying as much as GamePass or more than any of your video streaming services to access a few dozen pinball tables each month.  As mentioned above, you can buy all the tables (currently available) for $120 and be done with it.  Sure, this value proposition will change as more tables are added to the store, but for now paying any subscription fee is ludicrous.  Of course the safest way to play; especially during Early Access, and while Zen Studios is still figuring out some sort of “upgrade plan” for existing table owners is to NOT PAY A DIME!

The free core shell of the game allows you to play a rotating selection of two tables per day, so you still get a good sampling of the library; however, there are limitations when playing for free.  You don’t get the new game modes or custom unlocks or access to online leaderboards.  You’ll need to buy the table or pay the subscription fee if that matters to you. 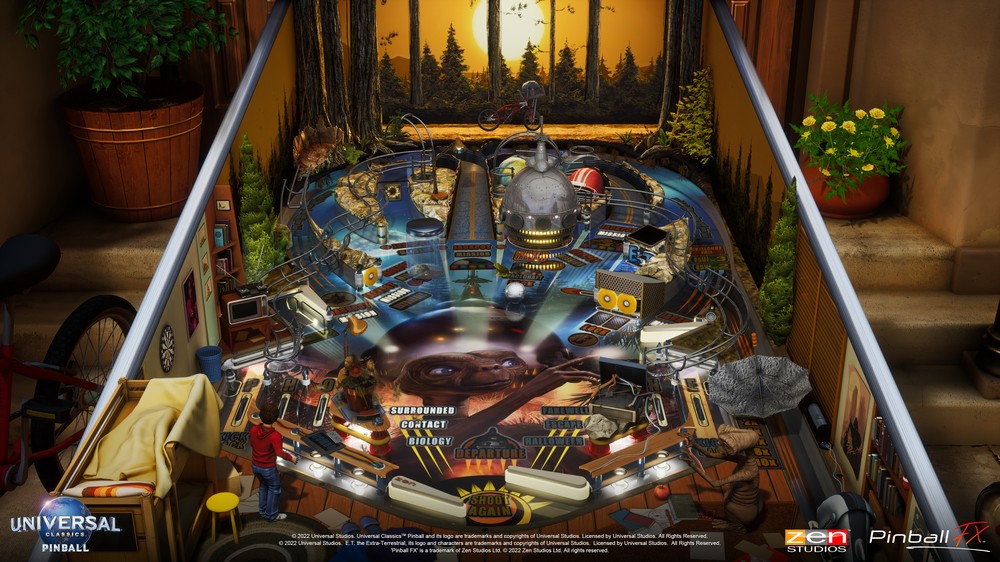 So enough complaining about the gross monetization of a once beloved franchise; how is the actual update?  Sadly, not that impressive or even good really.  HDR is currently broken.  You have to enable HDR in Windows before you can toggle it on in the game, which unlocks two sliders for the game and the UI brightness.  Both default to 500, which I assume are nits, and both max out at 2000.  The initial setting of 500 casts the entire game into unplayable darkness and moving the slider to 1000 or even 2000 blows out the contrast terribly.  I immediately turned HDR back off.  Toggling on the RTX support did not show any noticeable improvements in visual fidelity, even when zooming down to the closer camera views.  No ray-traced reflections, no shadows, no nothing.  Again, this is all Early Access so things could improve with future updates.  Performance was disappointing, and my RTX3080 was unable to run the game at 4K in any camera view that had any table movement.  Fixed camera views were fine, but I had to drop resolution to 1440p to use moving cameras, and even then there were hitches in the video during the pre-game intro sequences.  At the end of the day I would prefer to just play on my hassle-free version of FX3 on my PS5 with all 100 tables and great controls. 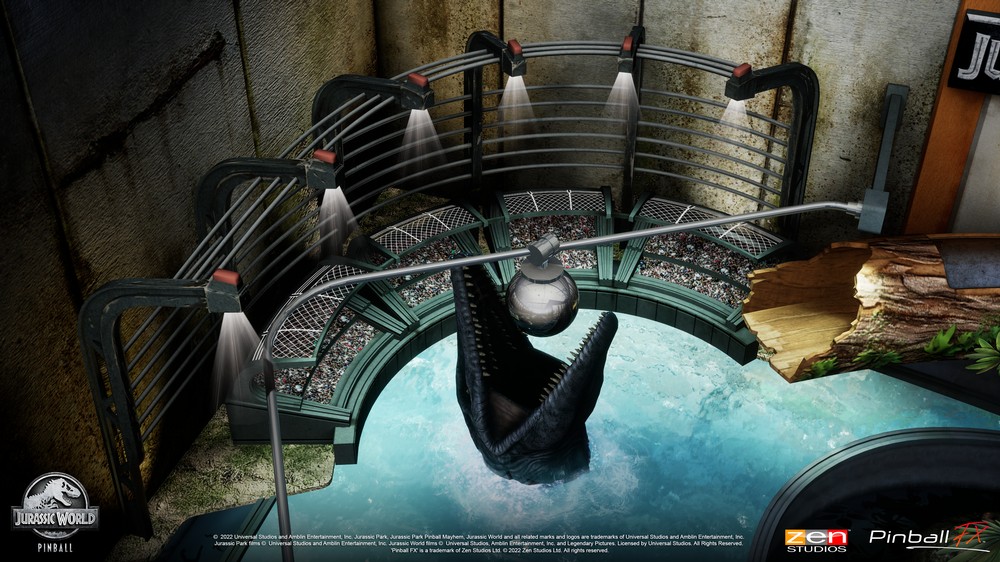 Speaking of controls, I was playing Pinball FX using a wireless Xbox Elite II controller and also a standard Xbox controller that came with my Xbox Series X.  Both have severe lag issues when using the default trigger assignments for flippers.  If you slowly squeeze the trigger you’ll find there is several millimeters of travel before the flipper in the game activates.  This delay was causing me to lose balls right and left, but after tinkering with the control options I was able to get LB/RB for the triggers, and the lifespan of my balls went from 30-45 seconds to 2-3 minutes.

The only other thing worth mentioning is the trophy room where you can display various trinkets, posters, statues, and custom carpets you’ll unlock during gameplay.  They already did this in Star Wars Pinball VR on the Quest 2, and it was cool because it was Star Wars paraphernalia, but the stuff you are getting here is kind of lame.   I’m betting all sorts of junk will get added to the store to help you spend those spare tickets…just wait for it. 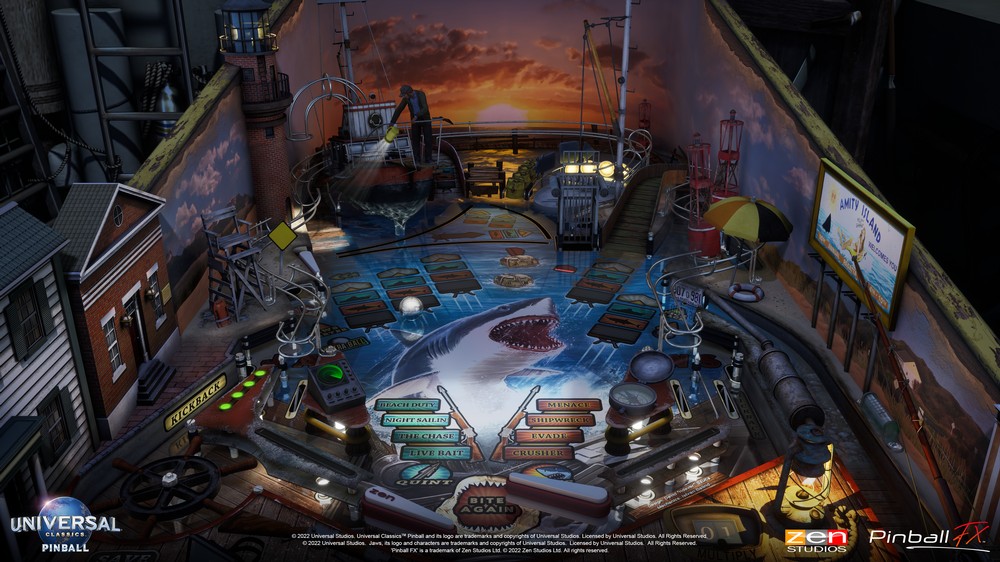 I’m sorry if I sound cynical, but it seems that corporate greed is taking over every facet of video gaming.  Everything has to be a live service or have excessive in-app purchases or some crazy monetization scheme.  If Zen Studios had just released the game even without the whole ticket scheme most people would pay the $3-4 per table and move on.  Sure, we’d love to have a free upgrade like FX2 to FX3 offered, but I’m not sure how that’s even possible since all my previous tables are on Steam and this is currently an Epic Game Store exclusive.  That alone is pissing off an entire and significantly large group of players who refuse to have anything to do with Epic.  Hopefully Zen Studios plans to bring this to Steam, as I suspect this is why we aren’t getting the Portal pinball table.

So, for now, it’s easy enough to download the free core game and dabble with the daily free offerings.  Just stay strong and avoid spending any money until a few more updates that hopefully include some performance patches and a valid upgrade path for owners of existing tables.  And when are those Marvel tables arriving?

For a quick overview of the new game design, menus, and store, and even a bit of pinball action on a few random tables, check out our first look video. 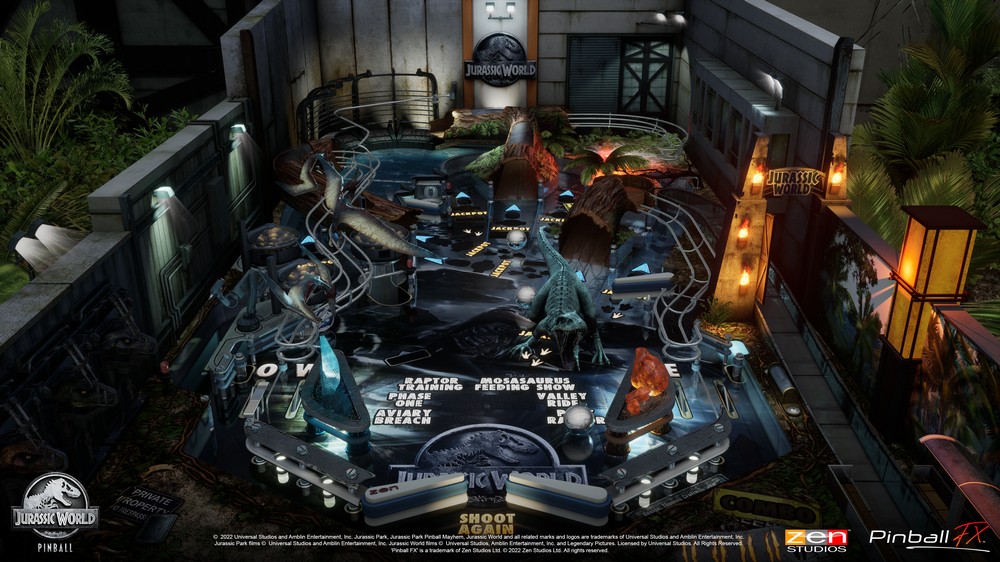 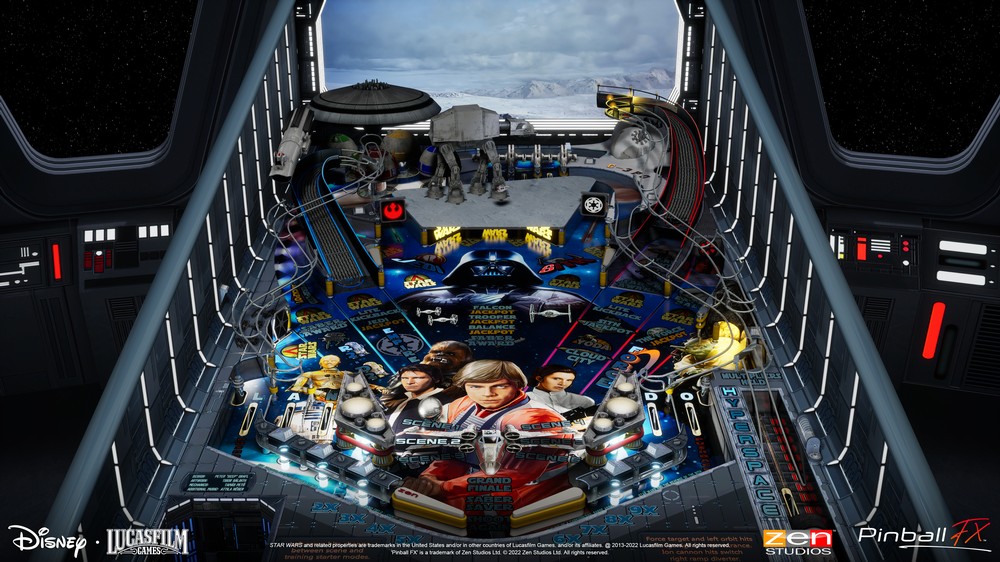 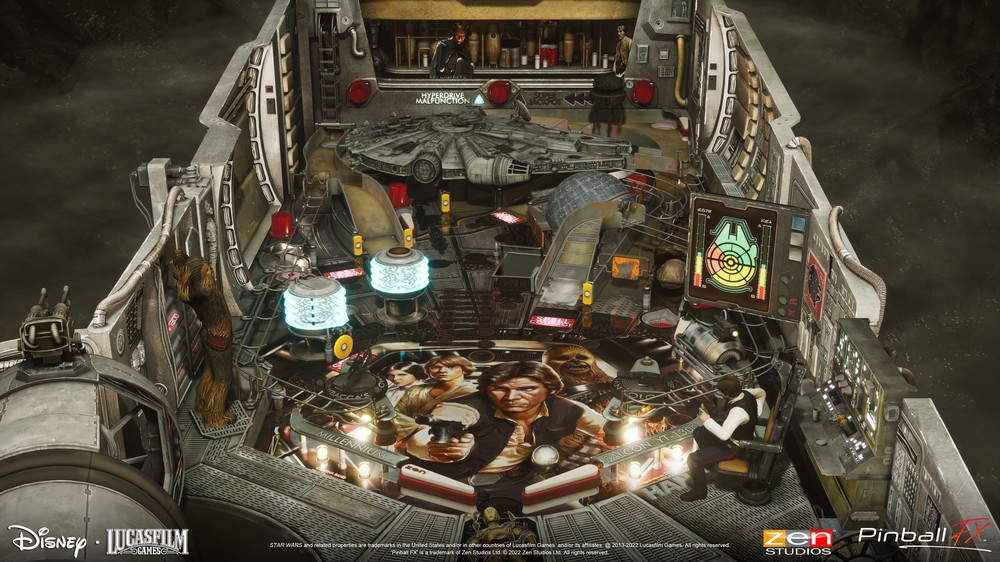