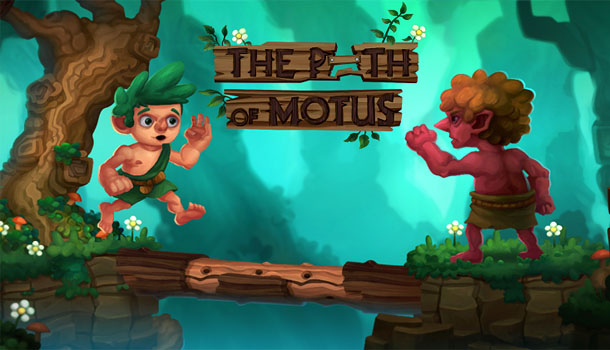 The Path of Motus is a difficult game to review, not because of its subject matter, but because discussing the gameplay experience by necessity reveals some of its most impactful moments—which, in the case of these types of games, is the main draw. I’ll try my best not to ruin it, but if you’re a purist, you may find the best way to experience this game fully is to go into it blind.

Three years in the making, this indie title is, impressively enough, developed by a team of only two: Michael Hicks (design, music, programming, and writing) and Goncalo Antunes (art and animation). Especially for such a small production, the game looks and plays great. The hand-drawn art style is bright and attractive, somewhat reminiscent of 16- and 32-bit-era JRPGs, and the animations look smooth (when you select the right graphics quality—more on that in a moment). I also enjoyed the soundtrack, which is mostly ambient and fades unobtrusively into the background, but as the titular protagonist Motus traverses the landscape, additional tracks (whether it’s drums, whispered words, or a rockin’ guitar solo) layer onto and cleverly build upon the base sound when appropriate, memorably framing some of the game’s key moments. 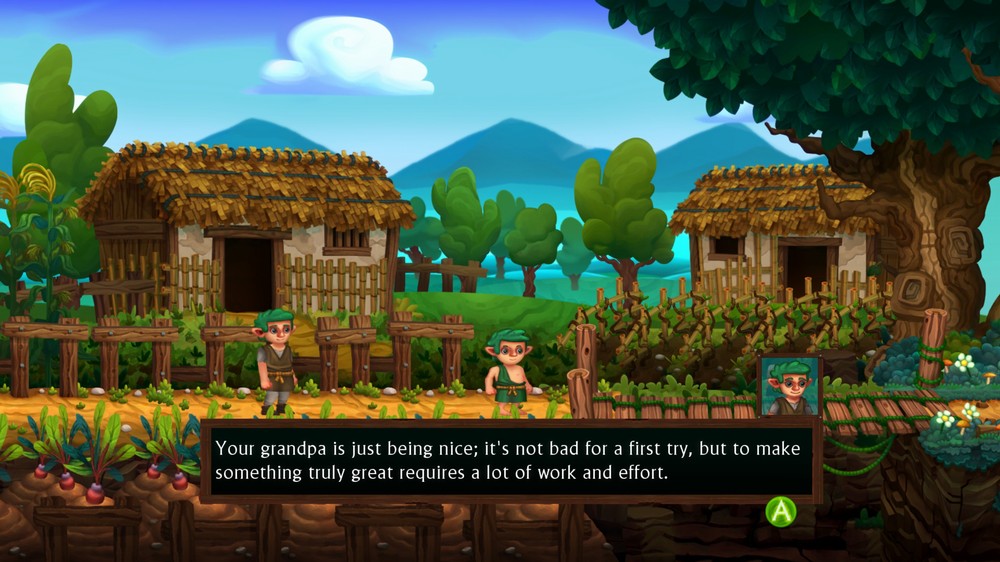 At first blush, Path of Motus appears to be a fairly standard 2D puzzle platformer, but with some patience and open-mindedness, it blossoms into something far more interesting. Motus starts as a 6-year-old goblin with big dreams of leaving his small village, but he’s told early on that no one’s managed to make it through the surrounding forest successfully. Even when he builds a bridge to the forest, thanks to some encouragement from his grandfather and a magical paintbrush passed down from his father, he’s told it’s “not bad for a first try, but to make something truly great requires a lot of work and effort.” This initial scene, from its introduction of Motus’s ambitions to his father’s backhanded (if well intentioned) comments, really sets the tone for the entire game.

The game eases players into the simple mechanics organically, usually allowing you to try something out for yourself before it provides a gentle hint, often embedded in a nearby character’s dialogue. The controls keep it simple and mostly involve walking in one of two directions and jumping; you won’t even need to worry about running or crouching. Then there’s “verbal combat.” This is essentially a color matching game. Depending on the button pressed, Motus can shoot out words of three different colors. These word missiles neutralize each other if they hit words of the same color, and words of unmatched color can pass through to destroy you or an opponent. 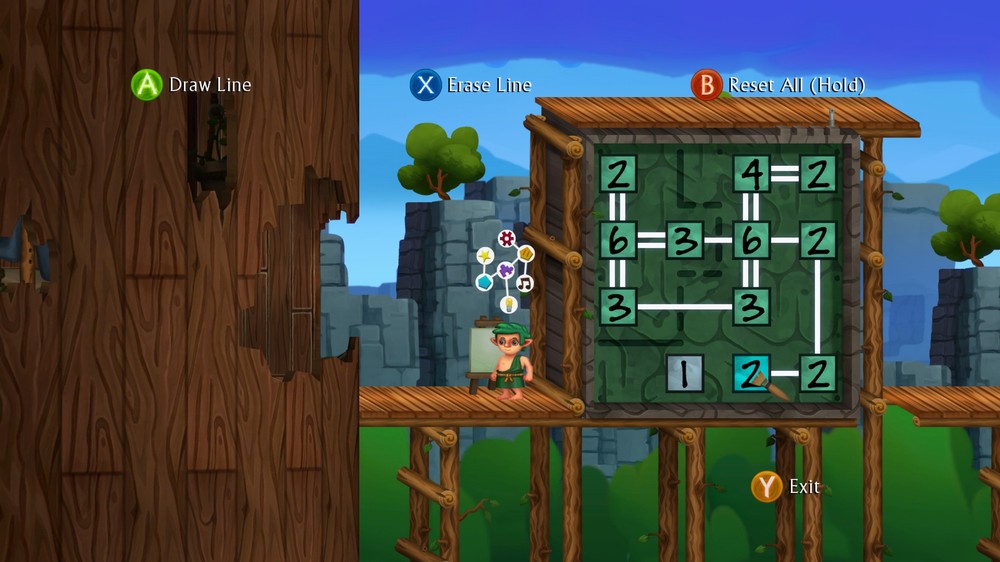 Another major component of gameplay is building bridges through Hashi puzzles. (Appropriately enough, Hashi is short for Hashi wo Kakero, literally Japanese for “Build Bridges!”) The game presents you with a configuration of nodes, generally marked with numbers indicating how many connections should touch that node, and your job is to figure out how to connect these nodes together. In Path of Motus, these puzzles either create bridges to the next area or unlock “Thought Doors” that reveal more of Motus’s story. While the puzzle difficulty level is on the relaxed side, this aspect of Path of Motus was one of my favorites. Fascinatingly, many of the Thought-Door puzzles somehow manage to reflect Motus’s situation such that they effectively convey the intended emotion, purely through the placement of lines between nodes. Beautiful.

Another eye-opening moment for me came about two thirds or three quarters of the way through my first playthrough, when I realized I’d been going about everything all wrong, and I started over. To better explain, I have to admit that in my first half an hour of Path of Motus, I wasn’t initially especially impressed. The graphics were laggy on the non-gaming laptop I was testing it on, and the keyboard controls felt awkward and unresponsive. On top of that, playing through the first stage or so with a typical platforming mindset, I found the experience somewhat dull. The next night, though, I switched to a wired Xbox controller (which I highly recommend; it makes all the difference) and dropped my graphics quality from Normal to Low at a lower resolution. That was much better. I also changed the way I approached the game. I don’t want to spoil this experience for any of you intending to play it, so I’ll try to keep it vague. Suffice it to say, though, that there are multiple ways of playing most of the game, and even the platforming areas are more rewarding when approached as puzzles. 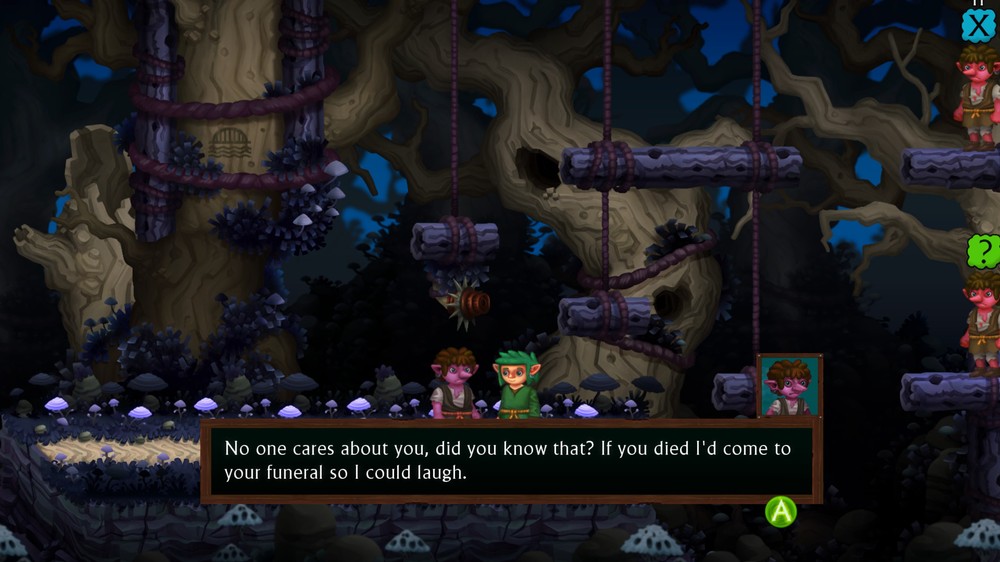 Played this way, some of the platforming puzzles legitimately stumped me for a little while, despite their outward simplicity. Luckily, it’s easy to reset puzzles or start them over if you’re not satisfied with the outcome, and you’re able to travel back to redo previously visited points at will. Also, interestingly, I didn’t find the puzzles annoying to retry over and over, even when I was stuck, despite the game literally whispering at me, “Give up. Turn off the game.” I wondered for some time why I wasn’t getting as frustrated as I usually do with retrying platforming segments, but I eventually realized it was because of Path of Motus’ forgiving design choice to reset you right at the beginning of the platforming challenge you just failed. I realize this may dial down the difficulty level that appeals to some gamers, but as a busy adult and parent who still wants to enjoy platforming games, I really appreciate that Path of Motus didn’t waste my time.

By the way, at least as of the time of this writing, Path of Motus seems to be unexpectedly taxing on the graphics front. Besides playing through the game on my laptop for review purposes, I also tried it on my gaming machine, and on Normal graphics, it crashed the game at the final stage. Michael, the game’s designer, had noted on the Steam forums that the game may crash at the second and third stages with “lower end graphics cards,” but my graphics card isn’t too shabby (higher end a few years ago) and shouldn’t be choking on a 2D game like this, as far as I know. Whatever the reason, though, I had to set graphics to Low for the last stage, even with a decent graphics card. Fortunately, in any case, if I can make it through the game on an older non-gaming laptop, I suspect most machines can handle this game at the Low graphics setting. It doesn’t even affect the appearance of the game too noticeably. 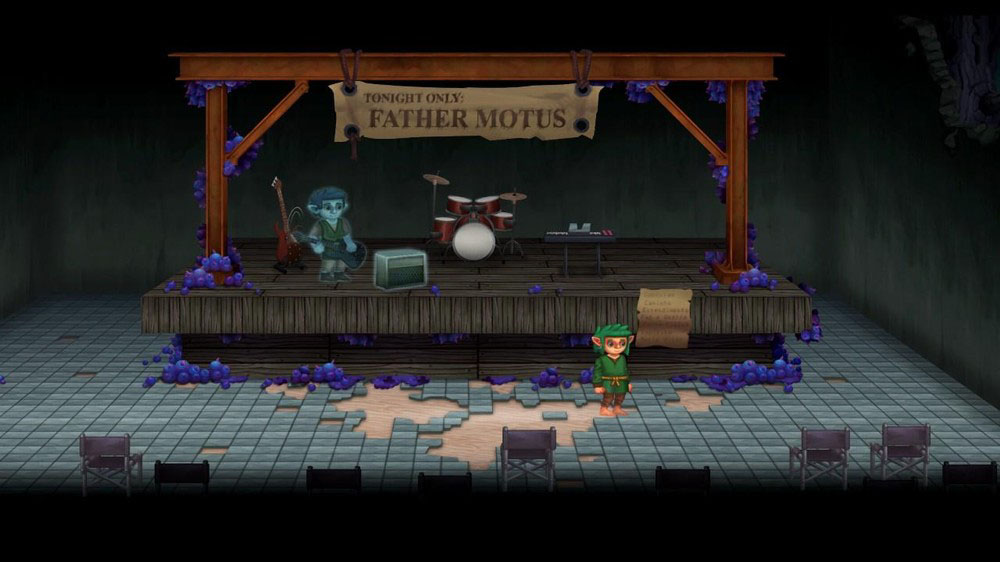 Anyway, even taking my time, starting over close to the end, finishing all the bonus puzzles, collecting all the notes, and going through the game the hard way, I was able to finish the majority of Path of Motus within about four hours. True, it seems I haven’t quite reached the 100% completion achievement, so there may still be some motivation for me to play it again, but many gamers will probably move on at this point. Overall, it’s a short game and not especially difficult, but as with other games like this, as cliché as it sounds, it’s the journey and not the destination that makes the experience worthwhile.

Path of Motus costs $14.99 on Steam, and 10% of the proceeds go to The Cybersmile Foundation, an award-winning non-profit that supports thousands of bullying victims each year. For about the cost of a movie ticket and the cherry on top of supporting a good cause, I recommend giving this thought-provoking puzzle platformer a try. 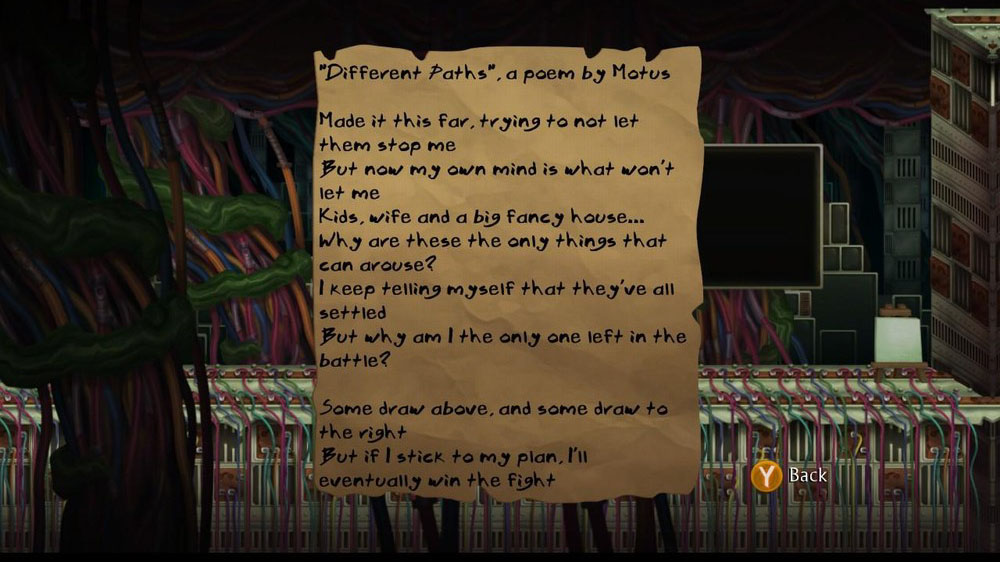