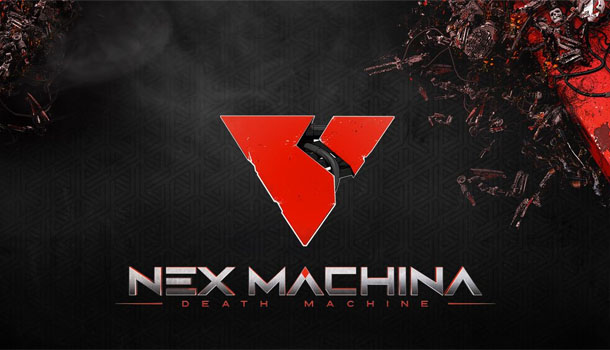 PlayStation gamers have a love/hate relationship with Housemarque. Their epic twin-stick shooters, Super Stardust and Resogun have been testing our reflexes and melting our brains for years now, and finally, PC gamers get their taste of insanity with Nex Machina. Breaking away from their traditional style, Nex Machina is certainly one of Housemarque’s most original designs to expand upon the twin-stick bullet-hell chaos, borrowing heavily from previous designs right down to the Defender-like human rescues we saw in Resogun. Eugene Jarvis (Robotron, Smash TV) collaborated with the Resogun design team to create Nex Machina if that tells you anything about what you can expect.

As with their past games there are numerous ways to play including a campaign, arcade model, single level mode, and even a split-screen co-op. You can revisit previous levels in the game in the super-challenging Arena mode where everything is faster and different enough to throw you off your game. And of course there are loads of unlockable skins, weapons colors and leaderboard challenges to keep you playing after you bandage your blisters. 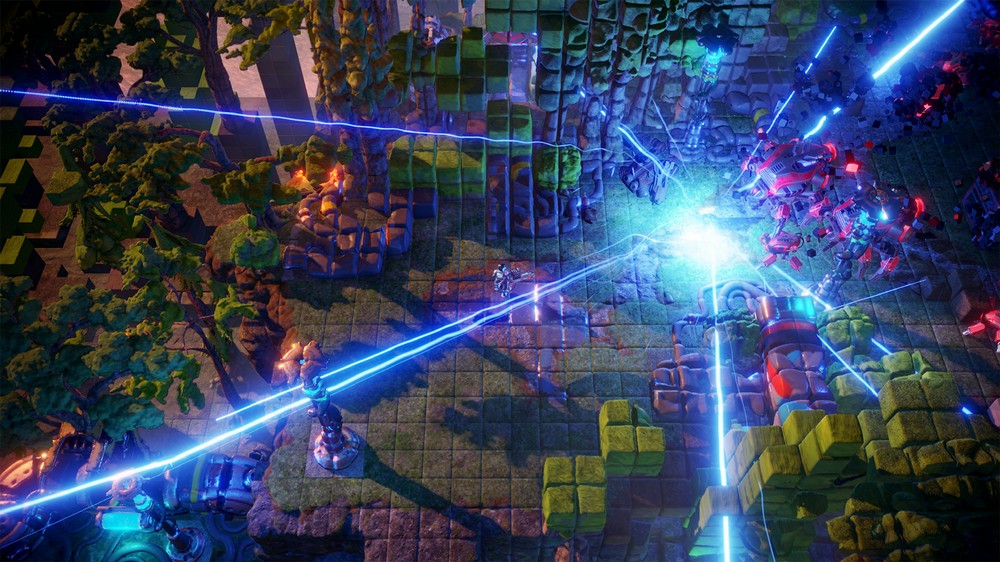 You know you are in for something totally different when the game begins and your character races into the first battlefield on a motorcycle and begins to unload streams of colorful death in a 360-degree spread. At first you are assaulted by small and medium size robots that simply move toward you with suicidal simplicity, as you dodge and weave and cut them down with strafing fire, all the while inching toward the green glow of the humans in distress. But things will get crazy soon enough when the bigger robots come out to play and environmental traps unleash laser grids and giant robot centipedes.

Nex Machina is loaded with secrets including all sorts of weapons, power-ups, and even bonus humans that will be lurking in or behind destructible boxes. You want to destroy as much of the environment as possible to uncover it all, which plays into one of the more clever bits of strategy. When you have destroyed all but the last enemy – you can tell because it starts to glow – you’ll want to delay killing it while you scour the battlefield for items. Once the last enemy is killed in a stage you are quickly warped away to the next in a very cool twisting 3D rotational transition that will leave you a bit unsettled as the next stage mercilessly begins. 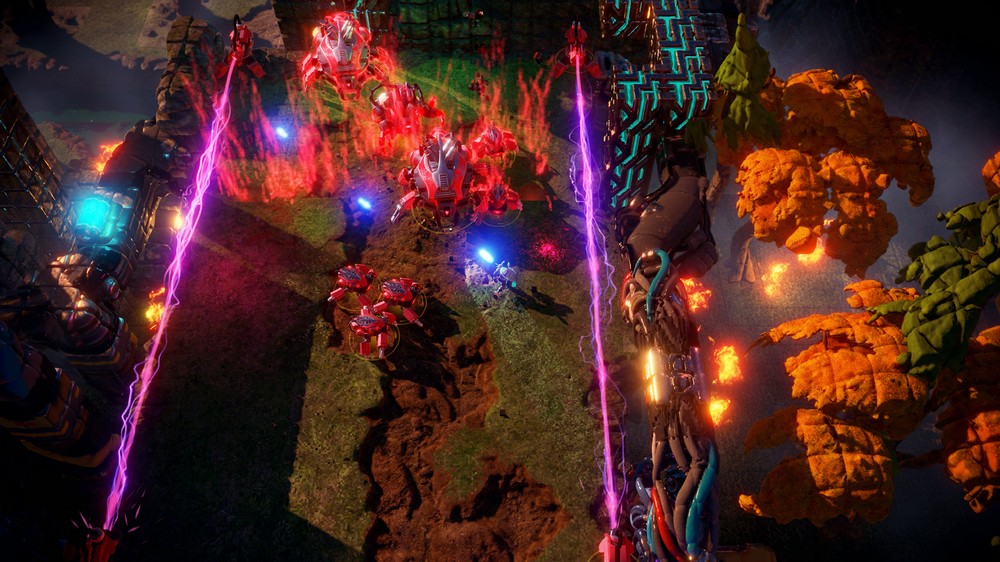 Nex Machina is brutally difficult, even on its easiest setting, which is where I recommend you start just to preserve some bit of your gamer ego. There is a bit of level memorization, not only in where the secrets are hidden, but also in the enemy patterns and their ultimately predictable spawn locations. Learning and nailing these patterns is paramount to survival, and survival is very important because your weapons grow more powerful the longer you stay alive but reset to standard issue when you die. Even the big level-ending bosses go down much easier once you learn their patterns.

The game is gorgeous for the most part but often this weaponized lightshow can become too confusing. The slight angle to the top-down camera makes it all too easy to get your character lost in the landscape, especially when it’s being overrun with dozens of robots and ablaze with lasers and explosions. The animation is smooth and the textures are remarkable for a twin-stick shooter, and it runs super-smooth even at 4K/60fps. The sound effects are as awesome and equally as overwhelming as the visuals, plus the energetic soundtrack fits the pulse of the game perfectly. 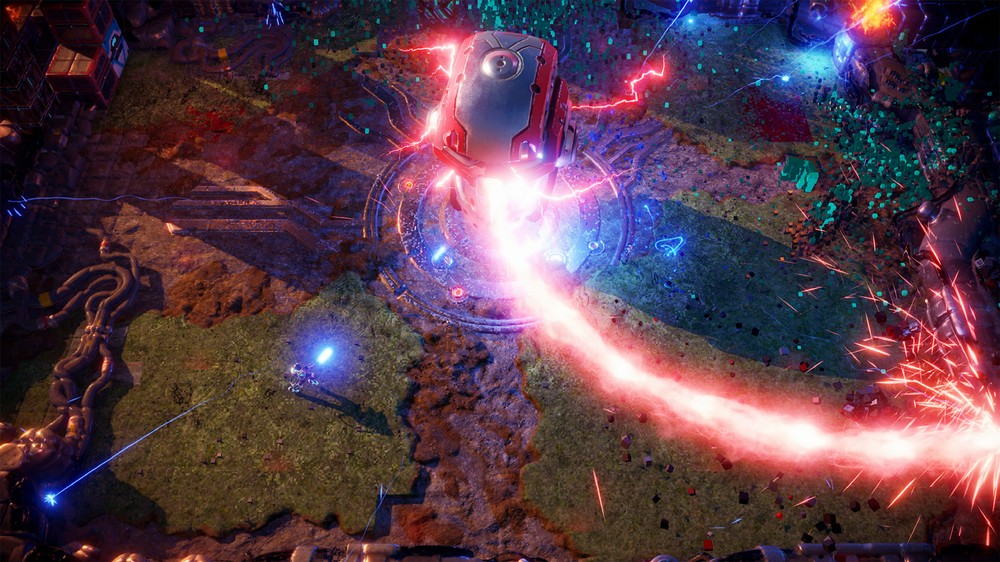 Controls are tight and responsive and there are only a few functions outside the twin-stick carnage making it easy to perform quick warps through lasers or clusters of enemies or unleash the power of your secondary weapons that can range from a sword to a rocket launcher with everything in-between. Finding your perfect weapon ensemble (and keeping it) is a skill and a strategy unto itself.

Nex Machina is a feast for the eyes and a glorious exhibition of devastation that will delight you for endless hours, which is a good because it might take you that long to actually finish the game; at least on some of the harder difficulty levels. But the more you play and the more familiar you become with each stage and level the more your muscle memory kicks in and you will start cleansing the robot scourge with the effortless precision of a Jedi. Some of my best moments in Nex Machina were when I finally conquered that chokepoint I had been stuck at for hours and got to advance to something new and usually more difficult, but thanks to the ever-changing gameplay and the pure spectacle of insanity taking place around me it was never frustrating.

Housemarque has definitely delivered one of their best and most challenging shooters to date, and Nex Machina will test all levels of experienced gamers with its primal twin-stick shooting action, its underlying strategies of exploration and rescue, and its endless gameplay potential. On sale or even at full price, I can’t recommend this highly enough. 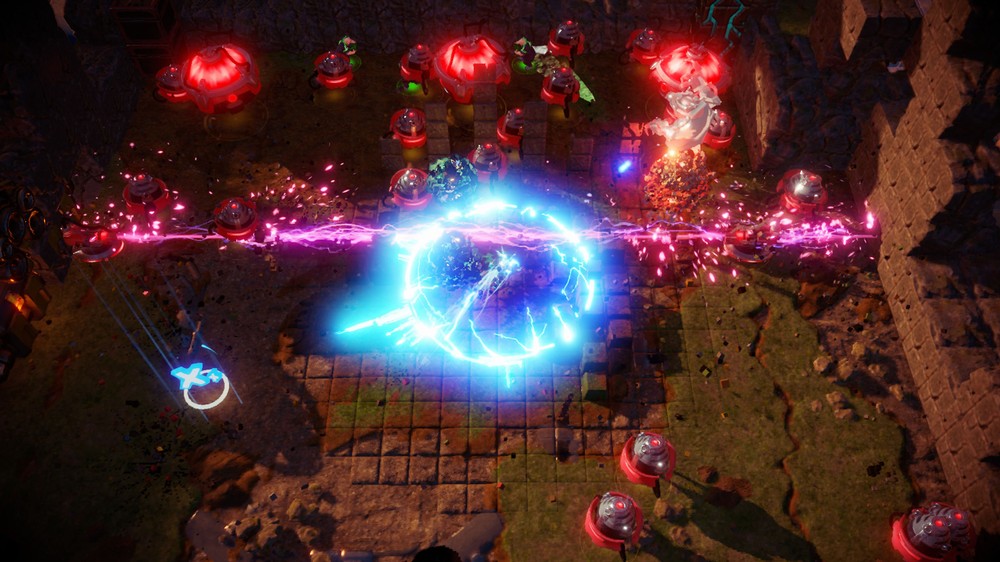 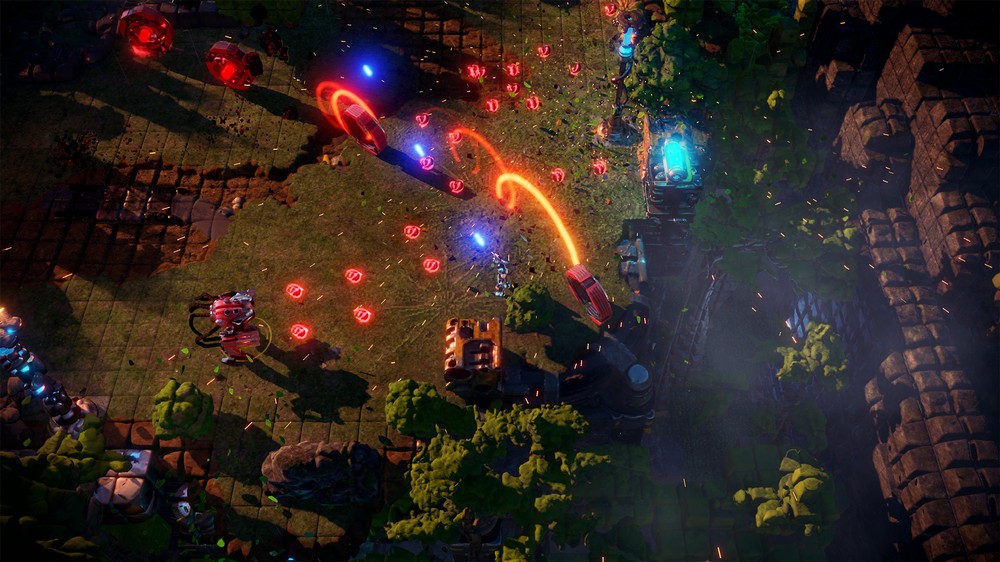