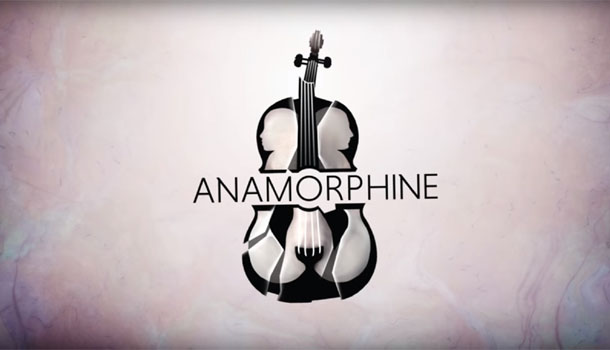 Anamorphine is the latest in what most would call a “walking simulator”, although I prefer to slip it into the “interactive art” category. Most of the game felt like I was walking through a museum viewing paintings or studying sculptures crafted from mannequins while be accompanied by a small orchestra that was doing its best to match my emotions with music for each exhibit. While the game does offer up a content warning for what you are about to experience I found Anamorphine’s symbolic storytelling to be generic and even a bit predictable.

With no dialogue or narration of any type, Anamorphine is the epitome of a silent movie which can be challenging to pull off in a game of this type, especially when there are no other controls or actions to perform. The entirety of the game has you walking about looking for glowing items with which you can interact by just moving close – find enough and you can advance the scene – find them all and you get an achievement. Unless you read the Steam description you will know nothing about what is going on; not even the main characters’ names, which you learn by reading them on various moving boxes. 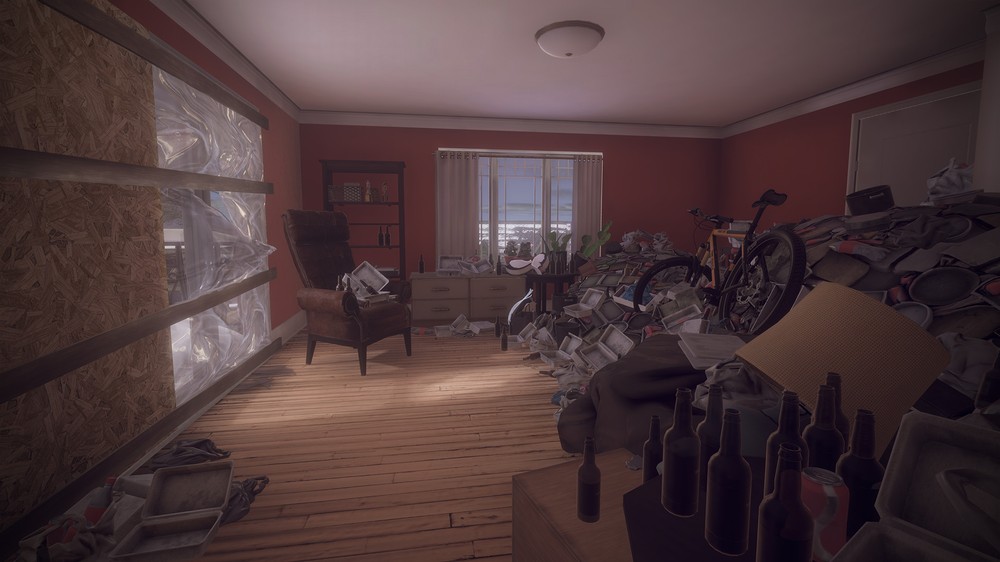 Anamorphine starts at the end, as we take control of Tyler who we find in a very messy bedroom obviously suffering from some sort of depression. While there are brief moments of joy during the story, much of the narrative is looming with anger, guilt, sorrow, and just an overall sense of uneasiness. From that dark opening we travel back in time to when Tyler and his wife Elena are first moving into their new apartment. We see them unpack and throw a dinner party; we learn that Tyler is a photographer and Elena is a promising musician who not only plays on stage but also teaches music to kids in a bedroom converted to a small studio.

Most of the game is spent in a continuous loop through the apartment finding glowing items and turning them solid so you can exit through a door only to mysteriously reenter the apartment from another. It’s really weird walking into a bathroom then turning around and exiting through the same door to find yourself in a bedroom closet. There are brief excursions when you explore a dreamlike world while listening to Elena play her cello, or perhaps more important and life-changing, the day you and Elena go for a bicycle ride. That Christmas was so perfect; Elena got you a new camera and to her delight, you got her a new bike, but after a fateful accident that put her in the hospital with a broken arm/wrist it looked like her music career might be over. 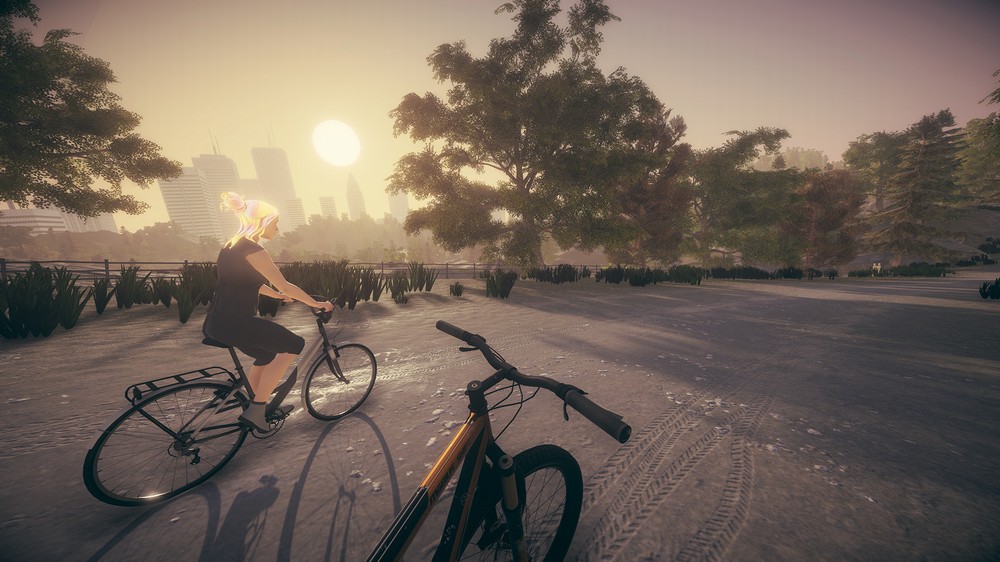 The game dives into all sorts of emotional areas, as we see Elena get addicted to pills and Tyler starts drinking. In one of the more effective symbolic sequences we see Elena slam a door between her and Tyler every time you move close. She clearly blames him for her lost career. And while it’s quite clear that Elena was already dead when this game started, seeing the actual events unfold are heartbreaking for both Tyler and the player.

Anamorphine can be played on a standard screen and supports 4K resolutions and smooth framerates thanks to its simplistic art style and modest textures. The game also supports VR, which I was eager to experience. I played the first third of the game on Vive, then switched to Rift, and finished on a standard screen.  While you do step down in resolution quality and add that VR-grain to the visuals there is something especially immersive when playing in VR. Just having the ability to look around without having to turn your entire body is great for exploration games like this and the 3D really pops. There is support for motion controls but they are limited to directional movement only, so you may as well use a standard gamepad. 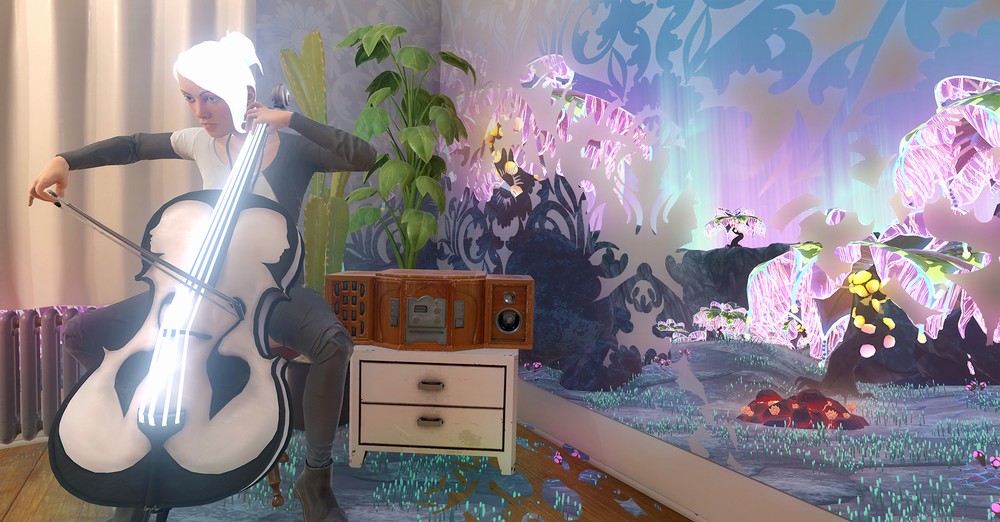 There were a few issues with Anamorphine that had me reloading to the last checkpoint several times. One time a hospital door slammed shut before I could walk through trapping me, and another time I was riding my bike up a stone ramp and I floated into the air and started spinning until I had to reset. Another time I got mysteriously sucked up to a wall and couldn’t get unstuck. These oddities happened in both VR and normal play and after the most recent patch, but the developers seem eager to listen to feedback and fix such issues.

While I enjoyed the simplistic storytelling and overt use of symbolism it was the music that really resonated with me on this two-hour journey. It did an incredible job of supporting my emotions rather than trying to manipulate them and was much more effective than any scripted dialogue. The OST is available as a standalone or bundled purchase for anyone wanting to experience a wide array of emotions outside the game.

Anamorphine is a tough recommendation, especially at the full $20 price. The game is short and currently riddled with annoying glitches, but if you have been craving a strong emotional experience then this might be your ticket. And if you have a Rift or Vive you will definitely want to further immerse yourself in the tragic tale of Tyler and Elena – just don’t mist up your headset. 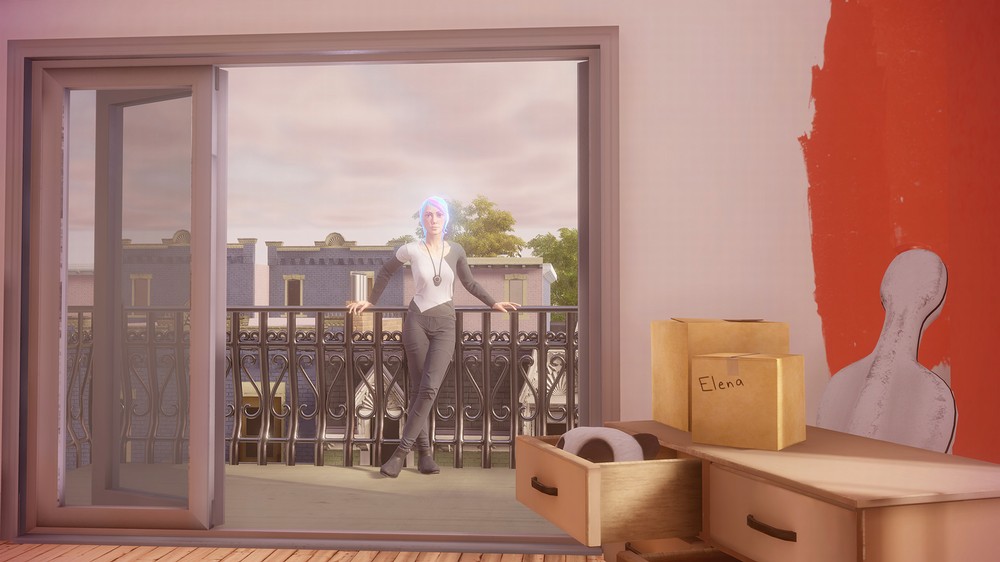