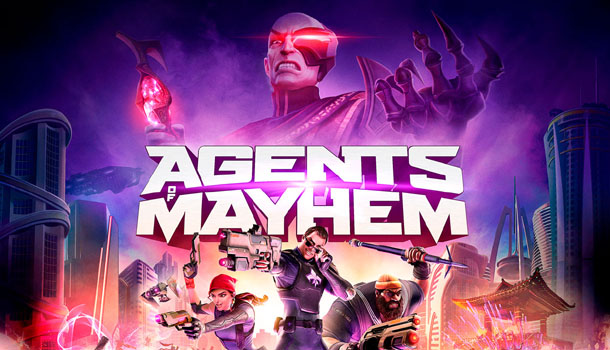 Those ingredients are either a recipe for greatness or disaster. Sadly, Agents of Mayhem comes somewhere in the middle; a tasty appetizer posing as a meal, ultimately leaving both you and your wallet empty and hungry for more. What would have made a fantastic Saints Row DLC in the vein of Gat Out of Hell or even a budget spinoff title, Agents of Mayhem has the audacity to ask $60 for a game with half the content and visionary scope of its competition. It’s a shame really, because Volition had some great ideas and many parts of this game work and are insanely fun, but when the game is over (or more like 4-5 hours in) you’ll wonder why you played as long as you did.

You’ll be playing as various members of Mayhem; an agency sworn to protect the world from the evil super-villains of Legion, sworn to take over the world…or at least Seoul in what can best be described as your favorite Saturday morning cartoon that has been commandeered by Adult Swim, and peppered with naughty words to insure that M rating. Arguably, given the amount of top-quality rendered animation for the cutscenes, Agents of Mayhem could easily be an actual TV show, and it might work out better that way because often, it was more fun to watch than play. 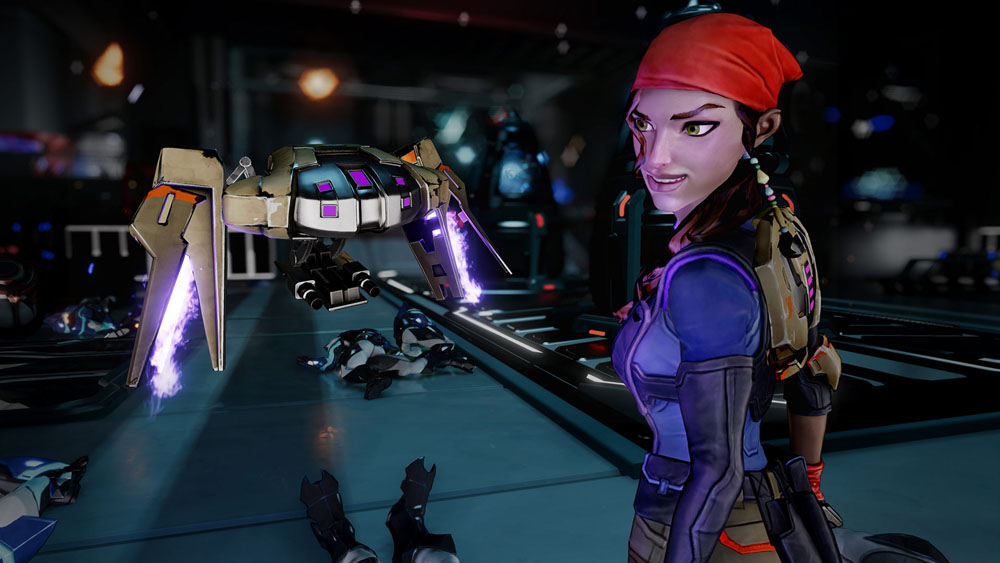 You start the game playing as three heavily stylized and stereotypical agents that offer a mix of both humorous dialogue and various fighting styles. Later, you will have the opportunity to unlock a dozen or so other characters and create your own team prior to each mission. The obvious caveat is that newly added members are often much lower in level and effectiveness; at least until you can get them caught up.

Rather than have all three agents active and on-screen you get to cycle through the trio using the D-pad, trying to choose the proper agent with the desired weapons for each situation, while the other two remain on standby, slowly regenerating any lost hit points while they wait. If you fail to swap out an agent before they lose all their health they become inactive until you return to the Ark, your super-cool invisible base hovering over the city.  Agents have their weapon and a secondary attack with a short cool down timer as well as a powerful Mayhem attack that builds slowly over time through combat and destruction.

Despite the obvious missed opportunity of online co-op I really did enjoy this character-swap style of gameplay. If I needed close-quarters combat I would summon Hardtack and his powerful shotgun, or if I needed to lay waste to lots of smaller enemies, Daisy and her chain gun proved most effective. Additional agents are unlocked by completing special missions on the densely populated map that will have OCD gamers frantically trying to cleanse the map of icons. While it is fairly easy to level-up characters and upgrade them as you go, there are certain core crystals that are in limited supply, so you’ll need to decide who gets these. Each character has three crystal slots and crystals are obtained by completing certain missions or running around the city collecting crystal shards – 10 shards equals a crystal. 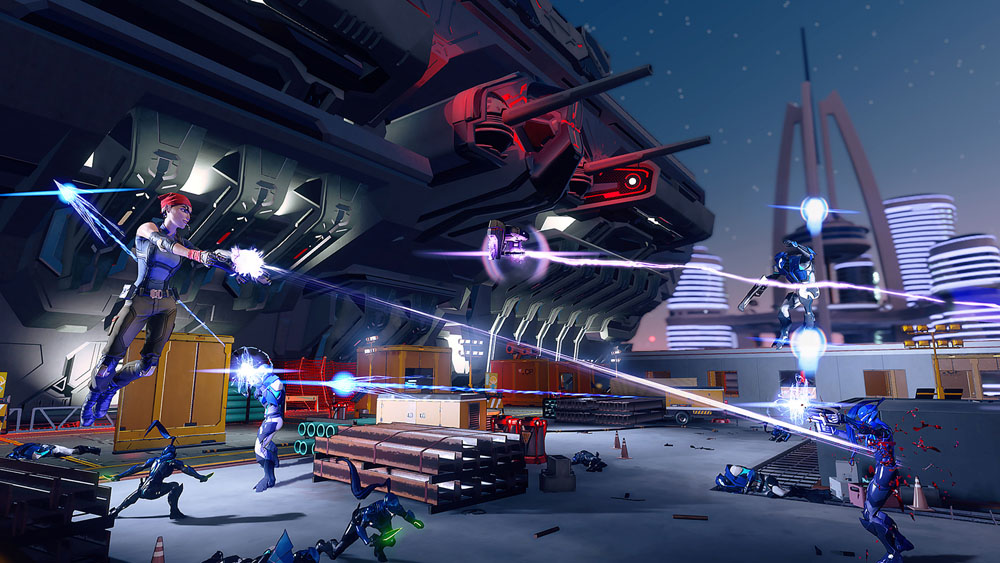 The underlying RPG mechanics in Agents of Mayhem are overwhelming vast to the point where I just started to not even care. During the game you will either collect perks and power-ups or you can craft them at your base by spending collectible loot and cash resources. Some perks affect your standard weapons combat while others enhance or even change your special ability. There are also passive perks that can help out an agent or even buff the entire team. It’s pretty easy at first but a few hours into the game each of the three upgrade slots gets multiple options with just subtle variances in the pros and cons and percentage stats. You can spend a lot of time building the perfect agent just before unlocking a new one, which makes it that much harder to ever want to stray from a few core characters.

And despite the perceived variety of characters, almost all of them fall into one of three categories of ranged, heavy, and something in the middle. The biggest difference between the characters are their attitudes and a surprisingly deep library of conversational dialogue, but often this is delivered with the uncomfortable timing of a comedian who is floundering on open-mic night. Sometimes you might laugh or smile at a witty comment, but often it’s just crickets.

Seoul is relatively small when compared to other open-world games, but there seems to be just as much content which means that a lot of icons overlay until you zoom in and start doing some clean-up. When one activity ends there is usually something less than a hundred clicks away to distract you from your primary mission, and as always, these side missions, while seemingly fluff and filler, do actually supply you with valuable XP and resources to make you more effective in the later story chapters. It’s also a good way to level-up newer agents so everyone is equally ranked before advancing the narrative. 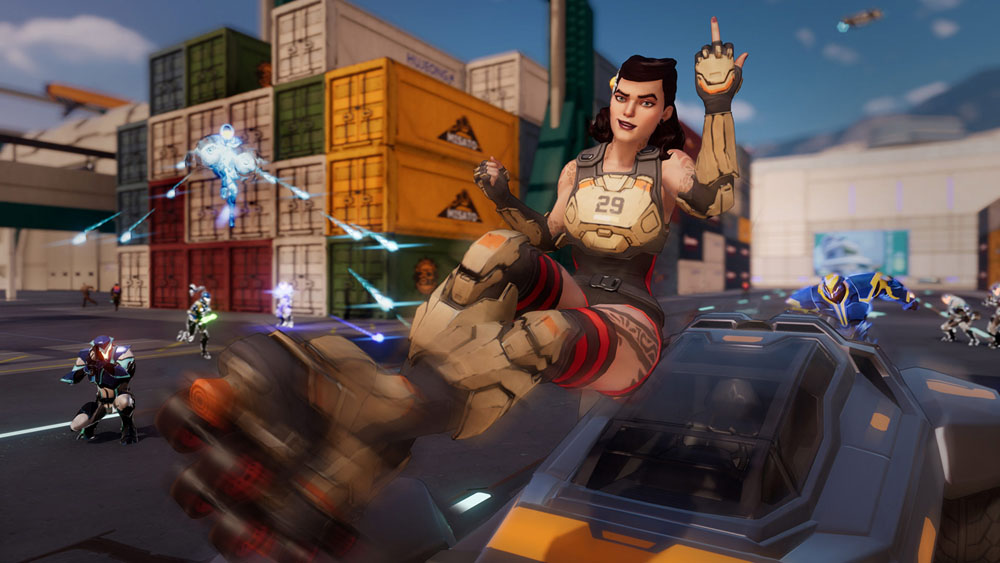 Despite the abundance of content it all comes in only a few varied flavors that will have you assaulting a Legion base, or fighting of waves of Legion henchmen, or partaking in some driving-related challenges. It’s all fairly standard stuff but sadly, it lacks the charm and appeal that these same missions had in an actual Saints Row game. The city is rife with vehicles, but none of them are enjoyable to drive; perhaps that’s why you are encouraged to summon one of several unlockable cars, perfect for any situation. Driving is actually pretty fun once you nail the drifting mechanic.

Framerate also plays into driving, and my GTX 1080ti had no trouble running this game at a locked 60fps in 4K, but you might have to tweak a few settings to get there – mostly in the advanced NVidia section.  The game looks great with stylish characters and flashy environments that obviously look better at night with all the lights and reflections.  The whole presentation exudes Tales from the Borderlands with a heavily polished cel-shaded style that blurs the line of graphic novel and video game.  What really blew me away was the sheer level of blinding insanity when it came to special effects.  Explosions, lightning, smoke, lasers from space tearing holes in the road, glowing shield orbs, and lock-on death rays are only a hint of what to expect in this visual tour de force. 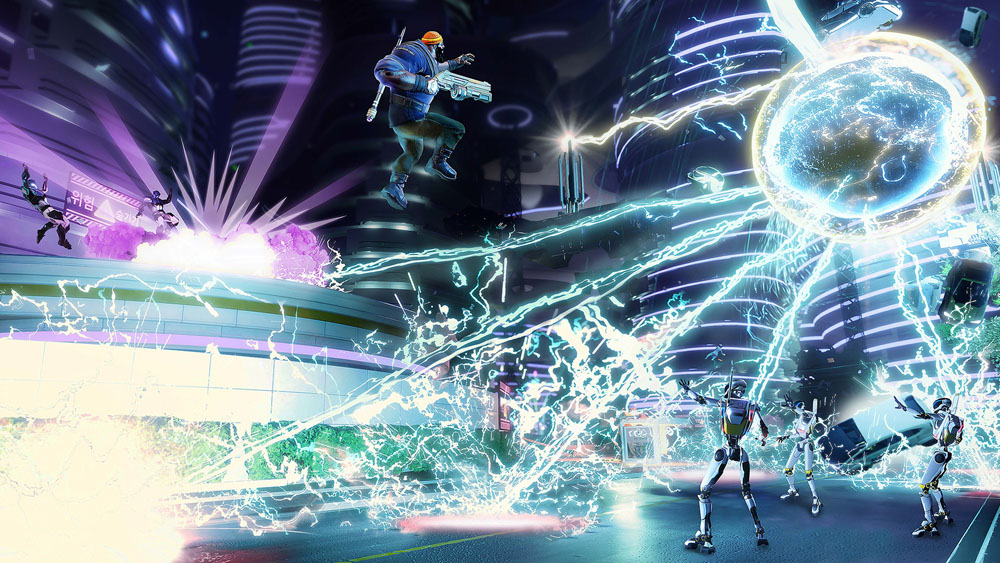 The audio is just as good with talented voice actors doing the best to delivery some truly painful lines of forced comedy.  I did enjoy the random bits of com chatter with Friday and the banter among the squad.  The music was pure score and fit the theme of the action-cartoon genre.  I can’t say I missed the radio stations because I didn’t drive that much outside of the car-based missions.

While playable with mouse and keyboard this is clearly a console port and played flawlessly with a controller thanks to some crazy aim-assist that makes hitting enemies super-easy.  Clearly this game was designed to make you feel like a badass rather than test your precision aiming skills and I have no problem with that.

The entire time I was playing Agents of Mayhem I couldn’t help but feel the developers lost track of what they wanted their game to be. It was this odd jumble of ideas and genres that ultimately culminated in this sometimes beautiful, sometimes fun, activity playset that had me wanting to shout, “GO JOE!” They even have GI Joe-style PSA’s in the load screens, which were also hit and miss in their humor.  I don’t mind having massive amounts of content, but it needs to have at least a hint of focus and direction. 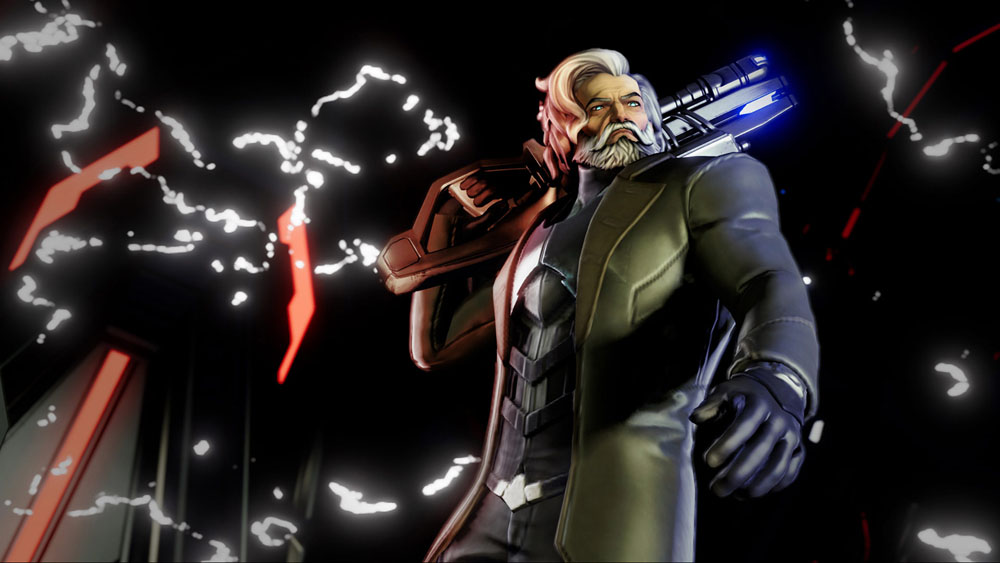 I can’t help but wonder why this game exists. A lot of effort seems to have gone into Agents of Mayhem; effort that could have been better spent on a new Saints Row game rather than this impulsive spinoff. Sure, there is a vast cast of characters with more perks and power-ups than my mind can handle along with so many missions and activities, collectibles, cash, blueprints, and a massive base full of crafting and diversions when you aren’t wreaking havoc on the streets of Seoul.

I had a lot of fun playing Agents of Mayhem, but given the repetition of the content combined with the relatively small map that will have you playing across the same environments time and time again, or even the cookie-cutter assembly of interior locations that simply randomizes room configurations, your overall enjoyment with the game will be over long before that map is cleared of icons. Unless you are looking for your next OCD action romp I‘d have to recommend waiting for Agents of Mayhem to go on sale. Right now it’s about $30 worth of fun in a $60 package. 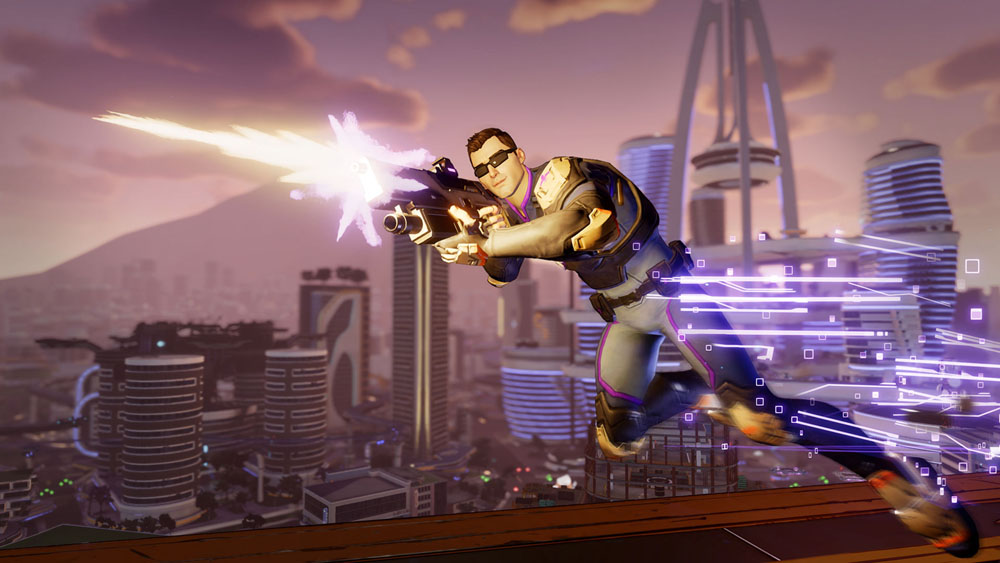 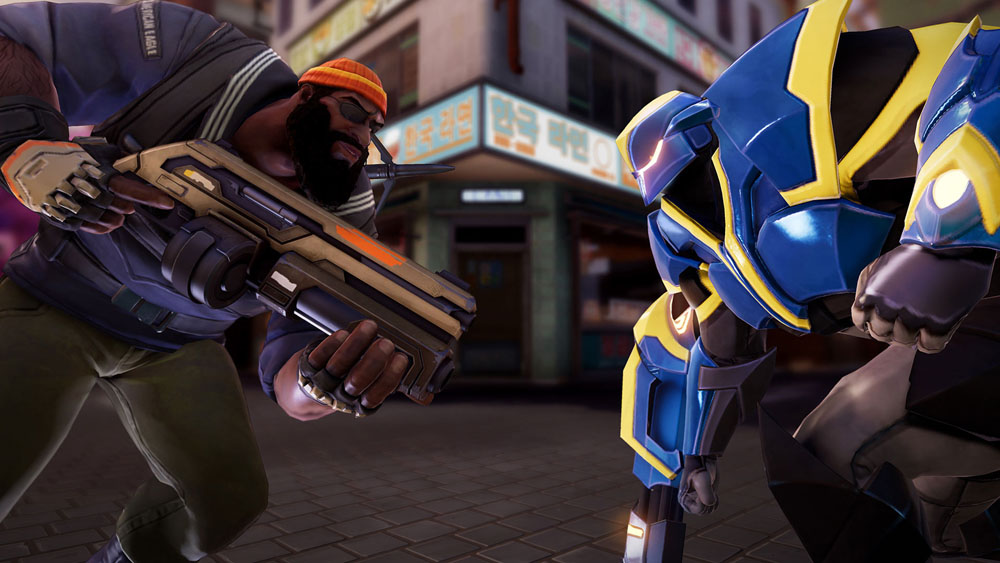 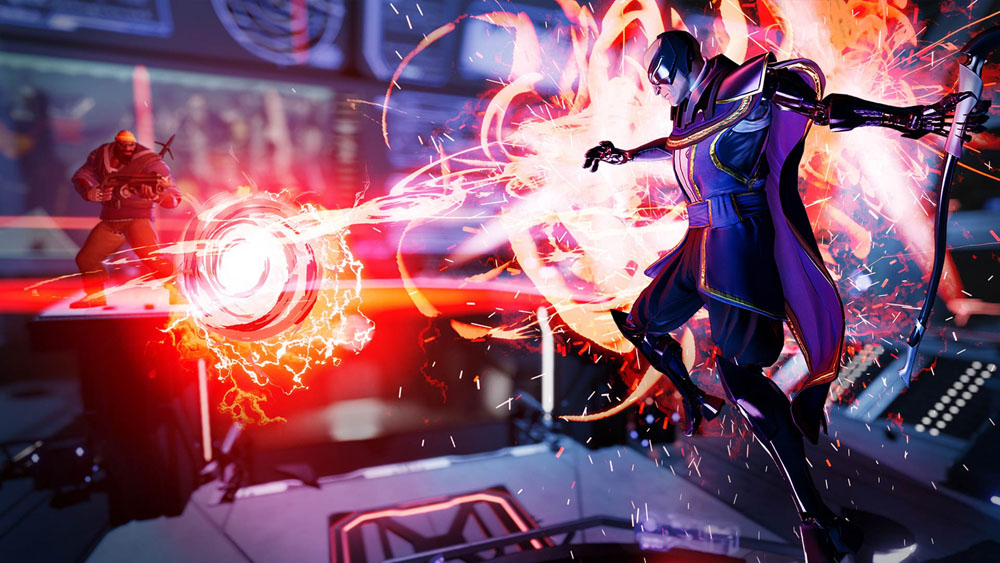 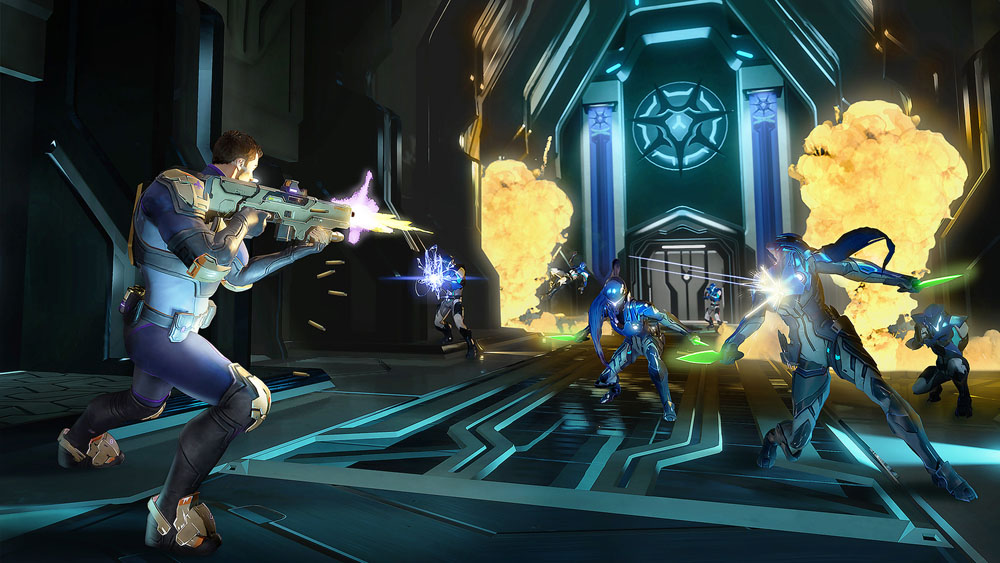 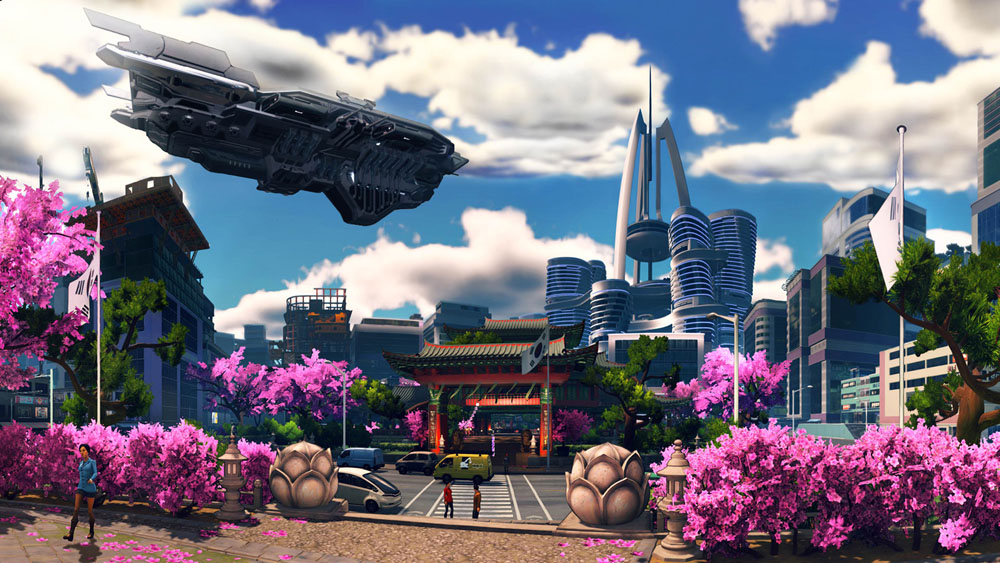 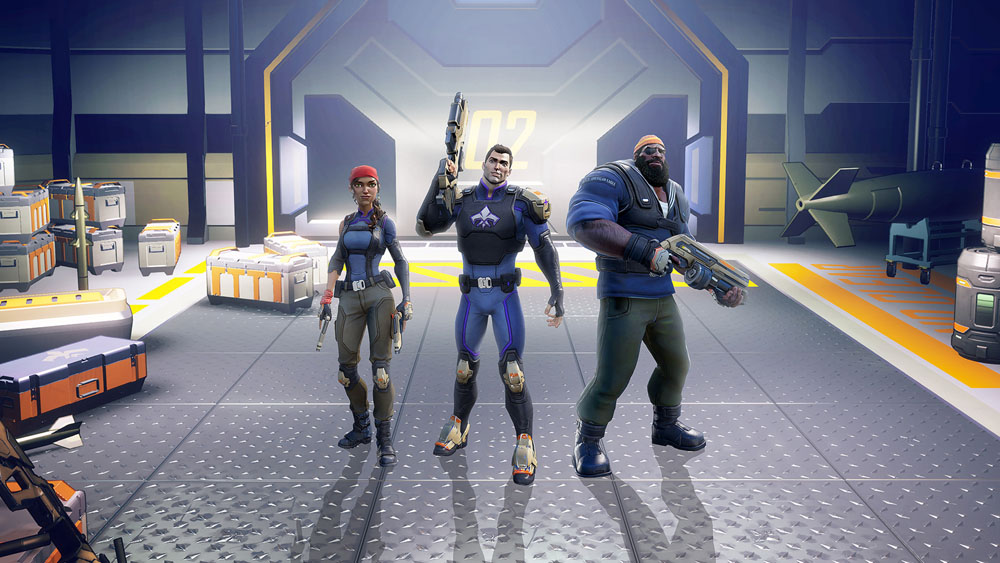