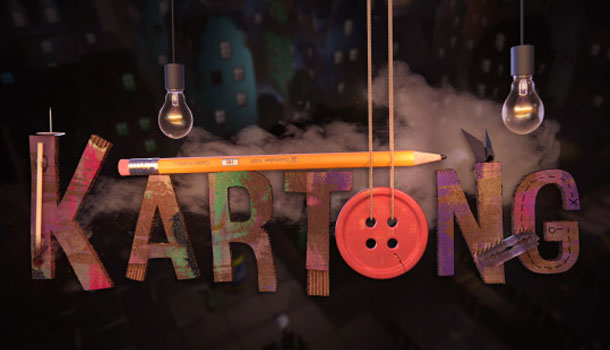 When SVRVIVE Studios announced their upcoming title on April 1st, many thought it was an April Fools’ prank. Who would seriously follow up the recent global success of VR adventure SVRVIVE: The Deus Helix with a game about cardboard? Well, they were not kidding as Kartong – Death by Cardboard! is now being announced as a challenging miniature/stealth/FPS game to be released later this year for multiple VR headsets. 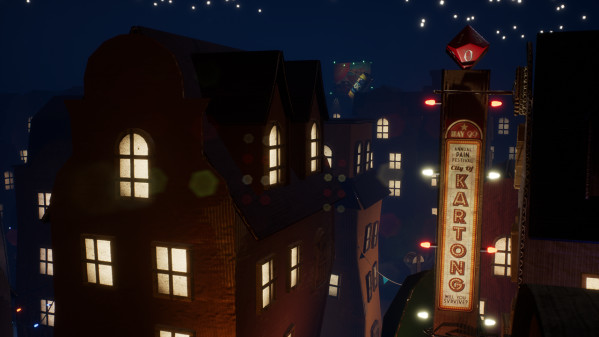 Kartong – Death by Cardboard! puts you up against evil experiments inside the miniature city of Kartong. You find yourself shrunk to the size of a toilet paper roll and trapped in a maze of evil toys, with your life depending on a mediocre weapon made from office supplies. Your situation can be summed up in one word: shitty. Kartong – Death by Cardboard! combines the cuteness of scary toys with the charm of paper cuts – all wrapped up in challenging miniature/stealth/FPS gameplay.

“Kartong – Death by Cardboard! is actually the result of a game jam gone wrong, but the gameplay quickly caught on with the team and we decided to keep working on it. The game puts you inside a miniature city with procedurally generated levels, which means the city’s map will change every time you play. We’ve also added a seed system, allowing you to share your discovered city maps with friends and challenge each other”, says Daniel Kihlgren Kallander, Lead Game Designer and Programmer at SVRVIVE Studios. 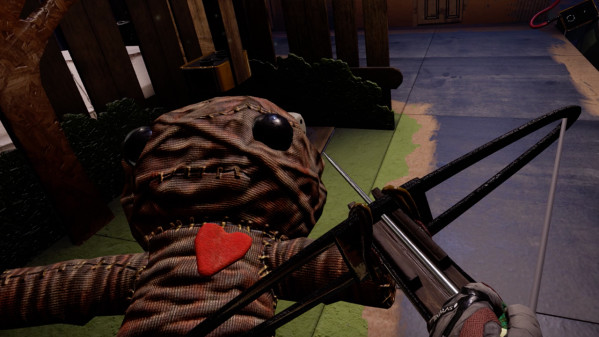 “It’s actually so hard to stay alive and reach the finish line, that even our own devs can’t complete all levels yet – but hopefully there are some talented gamers out there! We will invite the gamer community to co-create additional weapons, collectibles and enemies together with us before the full release. We’re super excited to see what amazing craziness they come up with!”, says Faviana Vangelius, CEO and Co-founder of SVRVIVE Studios.

Kartong – Death by Cardboard! will be released for multiple VR platforms throughout 2017, with the full release including HTC Vive, Oculus Rift and PlayStation VR. The game is the second title coming out of the Swedish VR studio SVRVIVE Studios, following the success and global acclaim for the mystery adventure game SVRVIVE: The Deus Helix, which was released in November 2016 (HTC Vive and Oculus Touch), SVRVIVE: The Deus Helix has been on Steam’s global VR bestsellers list more than 30 times since release and named one of the best HTC Vive games of 2016/2017 by PC Advisor.