To put it quite simply, Outpost L5 is an FPS version of Space Invaders wrapped up in a VR package that is surprisingly immersive if not entirely unnecessary.   When the game starts you find yourself inside the confines of an orbiting space station overlooking Earth. Your surroundings already invoke the 8-bit style of arcade games from the Atari 2600, or for younger players, they look like Minecraft. In one corner sits an arcade machine with what is clearly a knockoff of Space Invaders.   Using your Vive or Touch controllers you can fire up this classic coin-op and play this legacy classic from an exciting new perspective.

Controls are as simple as the rules of the game. Waves of boxy aliens are slowly descended toward Earth and you must destroy them before they penetrate your shields and destroy you and the planet. Twisting your left hand moves your ship/laser side to side while the trigger on your right controller fires your weapon. That’s it. Simply blast away at the enemies while avoiding incoming fire and don’t forget to shoot the UFO’s that periodically move across the screen and don’t miss those valuable power-ups. 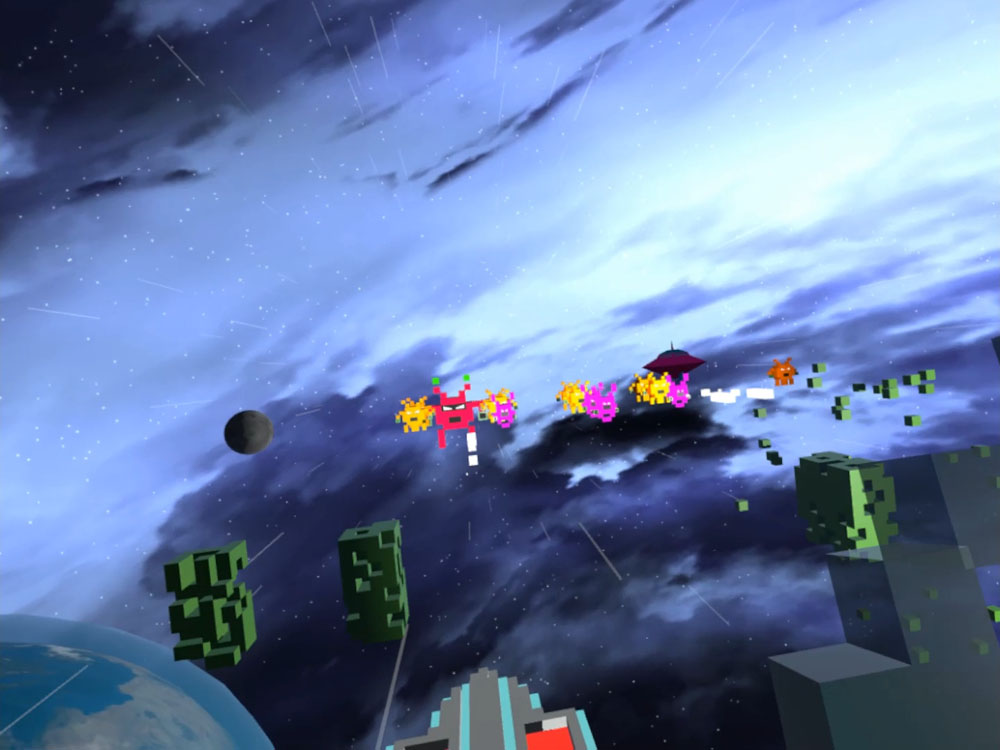 I’m pretty sure this game could be played on a regular monitor, since there is no need for immersive 360-degree visuals. You are always looking dead ahead at the advancing grid of aliens, and given the limited side-to-side movement and singular fire button, this game could just as easily be played with a standard gamepad or even a keyboard. That’s not to say that the VR effort isn’t appreciated…just unnecessary.

As far as overall presentation, the graphics are intentionally simple in their 8-bit design and the sound and music are serviceable but don’t stand out. As was the case with these arcade games from the past, there is no win state, so you play until dead and your high score is logged on the leaderboards. Outpost L5 definitely offers up some classic arcade gameplay, but $10 seems a bit steep for what is basically a minimalist game. Then again, when you put this into the perspective of quarters, once you’ve played 40 games you just paid for the game, and there is something unexpectedly cool about playing Space Invaders from this new perspective. 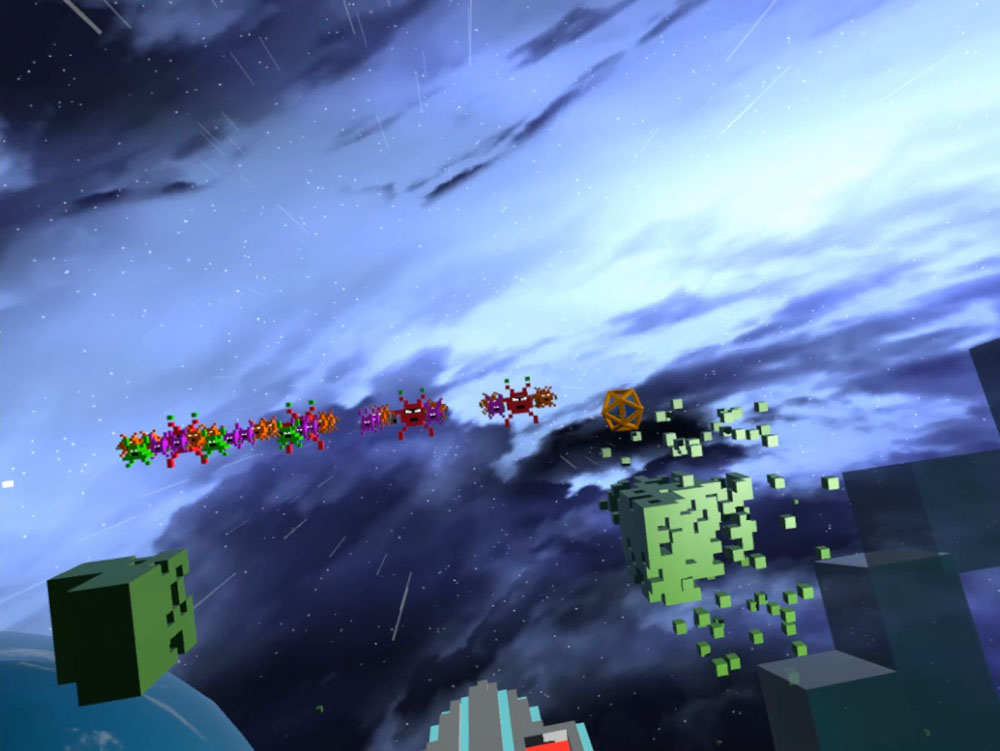 The Steam version is playable on the Vive and the Rift and I tried both with no discernable differences aside from the Touch offering a more comfortable experience over extended play times due to the weight and comfort of the controller.

Outpost L5 is a weird and seemingly random name for this game, but I guess the corporate lawyers would frown on Space Invaders VR, so insert your virtual quarters and start unleashing your planetary might on hordes of 8-bit aliens in this fun VR arcade shooter. There is definitely a nice mix of retro charm and next-gen VR fun to be had while you climb those leaderboards and save the planet! 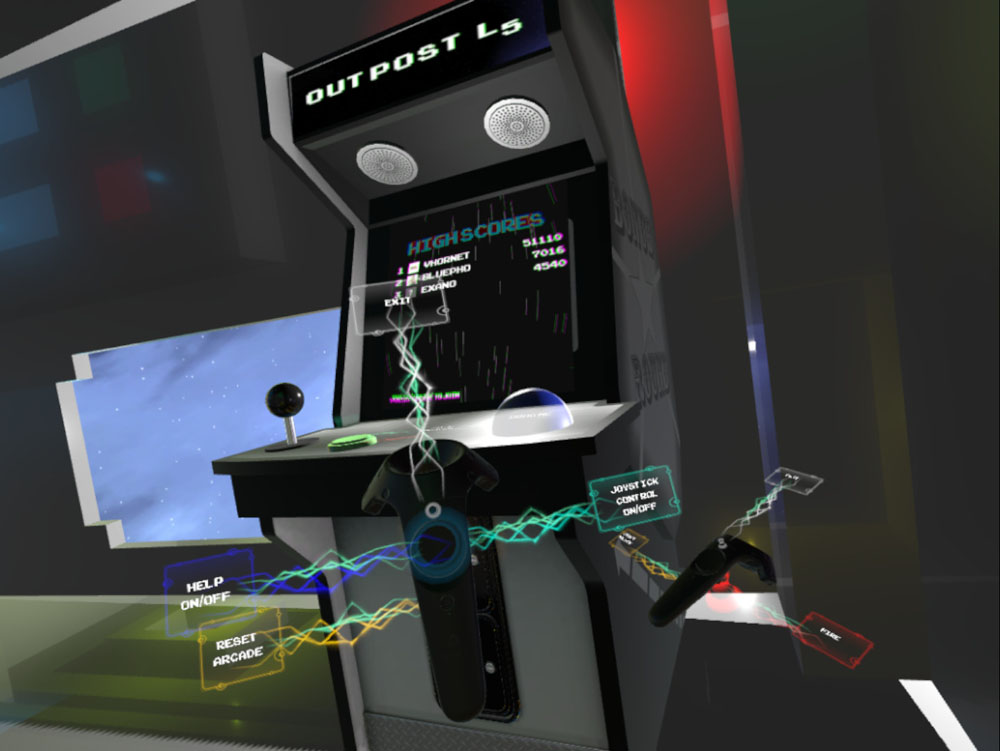