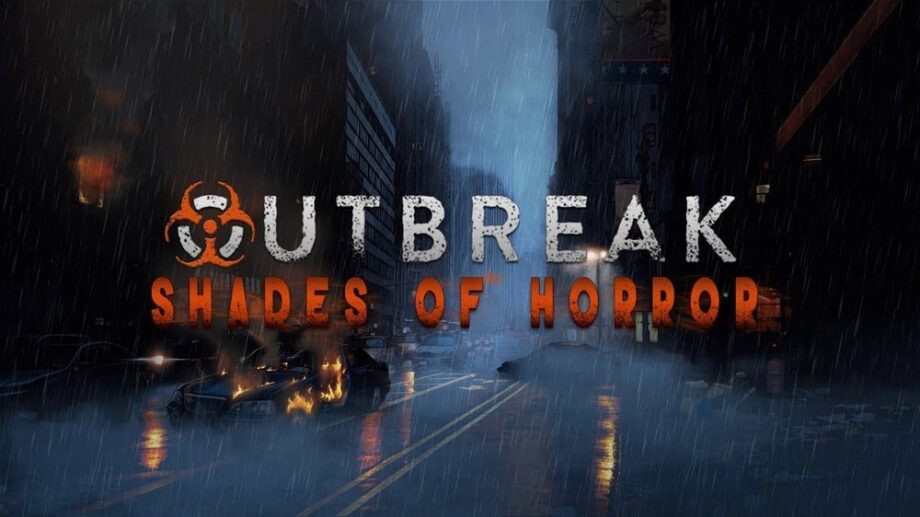 Today, Dead Drop Studios are proud to officially launch their Kickstarter for the next entry in their long-running Outbreak series. The new title, Shades of Horror, will be a major step forward for the franchise as the Kickstarter campaign will provide the team with the means to work with talented artists, animators, designers and more who share their passion for classic survival horror. Dead Drop discuss their vision for the project in detail in this trailer available on their Kickstarter page.

Dead Drop Studios has released seven Outbreak games since 2017 as a two-person team, working on shoestring budgets but always delivering highly ambitious games to the series’ passionate fanbase. The duo has come to Kickstarter to create the next game in their series that celebrates what fans love about the franchise while investing in providing huge upgrades and quality of life improvements to the series. The game’s initial funding goal is USD$62,500 (approx. £52,000/€60,500), with stretch goals that the developers aim to reveal with each new milestone that is reached, teasing expansion packs, Board Games, CGI Movies, and even dinosaurs.

Outbreak: Shades of Horror will focus on online co-op as multiple players are brought into a series of fresh new stories that step away from the typical horror trope of highly trained operatives that can single handedly tear through hordes of the undead. Instead, the game focuses on regular civilians working together to escape. Players must cooperate using the unique abilities of each character in order to maximize their chances of survival and escape. If a player succumbs to the infection, they’ll return as another member of the undead. With their former friend now working against them, the remaining human players will have to decide whether to do the humane thing and put them down or abandon them to join the throngs of undead flooding the city.

Potential players can get a taste of what’s to come in the tense playable teaser, recently released by Dead Drop Studios. The demo is currently available across Steam, PlayStation 5, Xbox Series S|X, and Google Stadia. For the first time, anyone with the link to the demo can play for 60 minutes on Stadia, even if they don’t have an account. Players with a Stadia account will have unlimited access.

Evan Wolbach, co-founder of Dead Drop Studios, said: “Outbreak: Shades of Horror being live on Kickstarter is the realization of nearly a 10-year dream and mission. Alongside our amazing community, we’re going to fully fund a next-generation spiritual successor to great survival horror experiences like Resident Evil: Outbreak! Thank you to our fans, and our amazing partners like Limited Run Games for supporting our project and offering such amazing rewards for our backers!”

Julia Wolbach, co-founder of Dead Drop Studios, added: “Fan involvement has always been a huge part of the Outbreak experience, and we are excited to work through Kickstarter to give them the next Gen Outbreak game they deserve.”

Outbreak: Shades of Horror is a love letter to the thought-provoking, nerve-shattering titles of the golden age of survival horror in the late 1990s and early 2000s. Games would often offer players individualized runs based on the selected character like in the Resident Evil franchise — and it’s this spirit that Dead Drop Studios aim to capture in their new title, and they’ve come to Kickstarter to ensure that it is the massive next-gen production that it deserves to be.