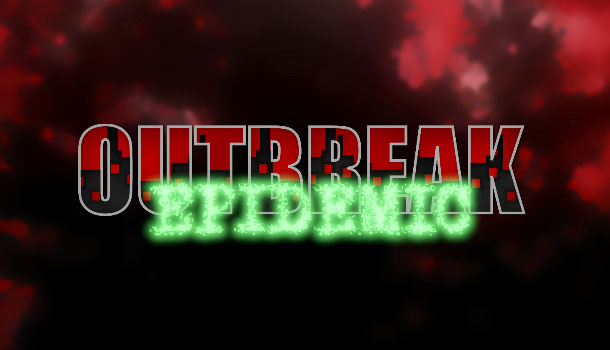 It’s always exciting to start up a new horror game, as you’re never quite sure what you’re going to get. Established franchises have typically developed a pattern of scares and frights that the audience has grown familiar with, while going into a new title blind is often an opportunity to truly not know what to expect. Outbreak: Epidemic, which comes from Dead Drop Studios, is such a game: aside from the promise of horrifying scares and unlimited replayability, I had no idea what I was in for.

There are a number of gameplay options within Outbreak: Epidemic, with a selection of characters to choose from, each of which has a couple of classes available to them. Each class grants a character particular strengths and weaknesses, such as being particularly adept with a certain weapon, and based on their builds, characters are able to equip some weapons that other characters are unable to. Experience is also earned through killing enemies and progressing through levels, and this leads to your characters levelling up and improving their skills, both in terms of stats and their proficiencies. Character progress is carried throughout each mode, meaning that you are free to focus on playing the game how you would like and still being rewarded for it. 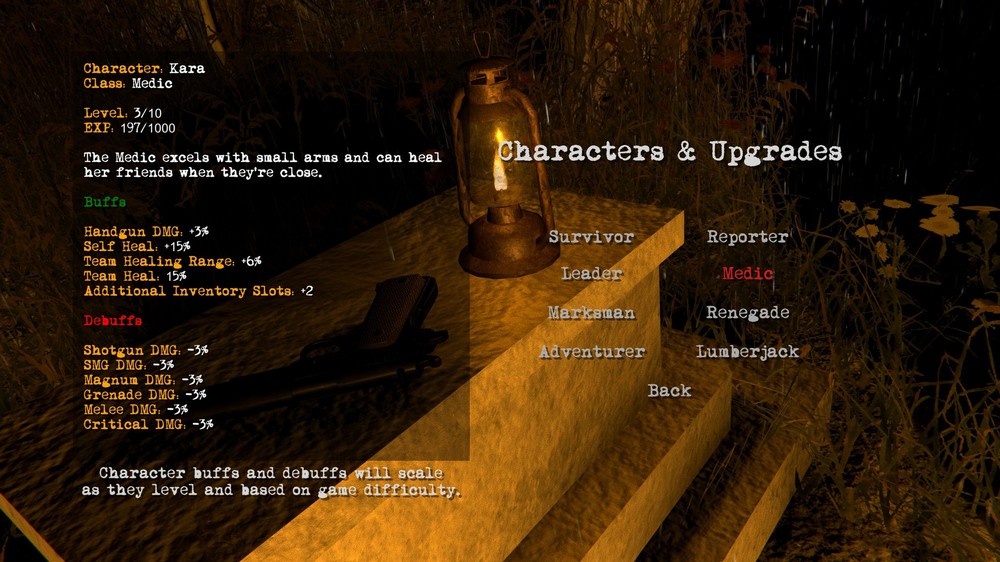 It feels like Outbreak: Epidemic has been designed with the intention of letting the player control the majority of their experience, and this is clear from the number of options open to you when starting up a session. You are able to choose the game mode, the particular level you wish to play and either whether enemies are able to only be killed from headshots or not. While there is an attempt at delivering a narrative through line in terms of the characters’ journeys, this is broken up both by allowing the player the choice of playing story levels in any order, and also by the strange decision of outlining the story of each level and each character’s development in a screen that is easily accessed from the main menu. Admittedly, the levels themselves don’t do a great job of delivering story beats by themselves, but I was a little surprised to find myself reading up on the events of the game before I had even started playing.

In terms of gameplay, Outbreak: Epidemic has a strong focus on bringing back aspects of mid- to late-1990s horror games, including fixed camera angles, tank controls, and an inventory system that is based more around fitting items into slots than weights and carrying capacities. While these mechanics worked well in their own time, creating tension and a sense of dread, they were techniques used to compensate for a lack of system power. When used in the modern day they tend to feel inconvenient and frustrating and get in the way of the experience rather than enhancing it, and I can’t help but feel like Outbreak: Epidemic suffers because of these design choices. 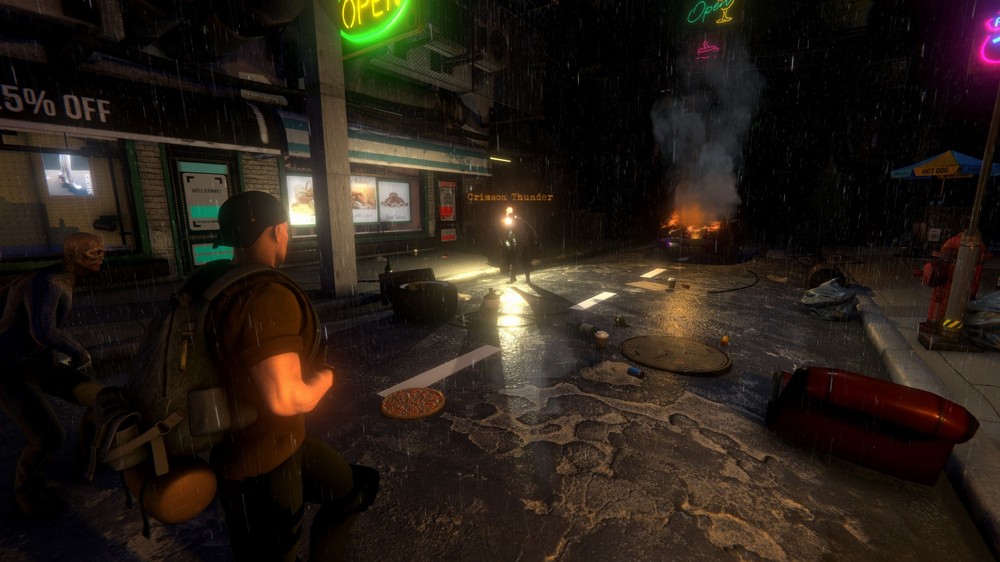 Ironically, though, Outbreak: Epidemic still seems to suffer due to system limitations, especially on the Nintendo Switch, which is the platform I played the game on. Most noticeable is the framerate, which starts off at a level around poor and only gets worse from there. At points, the game was close to unplayable, and my character died a number of times due to the game not letting me register actions quickly enough in response to what was happening on screen. This could occur when there were only two or three enemy characters on screen at a time, but even environmental details such as fire were enough to make the game struggle to keep up.

It’s not like the experience is particularly visually demanding, either. Outbreak: Epidemic feels on par with a PlayStation 2-era game with its visuals, and this is added to by the fact that your character is surrounded by darkness from a diameter of about three or four feet. I’m not sure if this darkness is entirely a design choice or is partly an attempt to hide late pop-in, but it definitely feels as if enemies and objects in the environment are populated mere seconds before you stumble upon them. While this is likely an attempt to create a sense of unease due to the inability to see what’s in front of you, it instead leads to a series of levels that all feel identical to each other and make it all too easy to get lost. 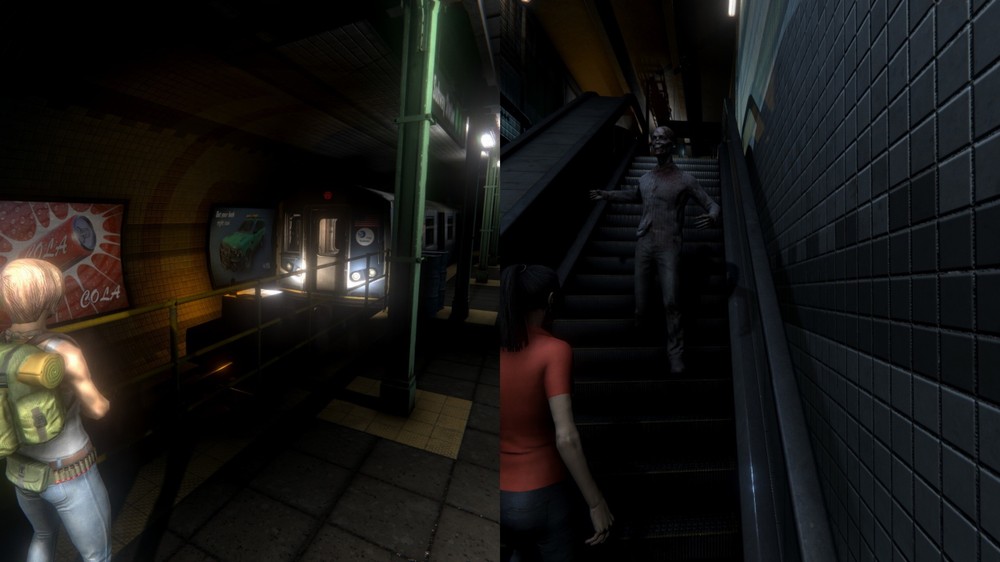 There are a number of aspects to Outbreak: Epidemic that can cause the player to feel lost, and it doesn’t seem as if all of these are intentional design decisions. The lack of a HUD is an interesting choice, requiring the player to visit the menu to view both health and weapon statuses, but it can be frustrating having to constantly check how much ammunition you have left in your weapon, especially when each weapon carries so few bullets and possesses so little stopping power. What’s more confusing though, is the inclusion of a character levelling system with no sense of celebration when a new level is reached and no indication of what levelling up actually does. Characters aren’t awarded extra abilities for leveling up, and so each increase instead awards increased statistics, but it would be nice to see what impact your actions are having, or even what you have to work towards.

Outbreak: Epidemic is a game that I was eager to enjoy, as I’m always excited to dive into a new horror experience. However, thanks to a number of issues, some design-based and some technical, it feels as though Outbreak: Epidemic is trying to stymie the sense of enjoyment whenever possible. This is a game that is close to non-functional at points on the Nintendo Switch, either due to poor optimization or lack of system power, but considering the level of visual fidelity, I’m leaning more towards the former. Under different circumstances, Outbreak: Epidemic could have been an interesting twist on the horror genre, particularly as an homage to great games of the past, but as it is I find it difficult to recommend this title to anyone. 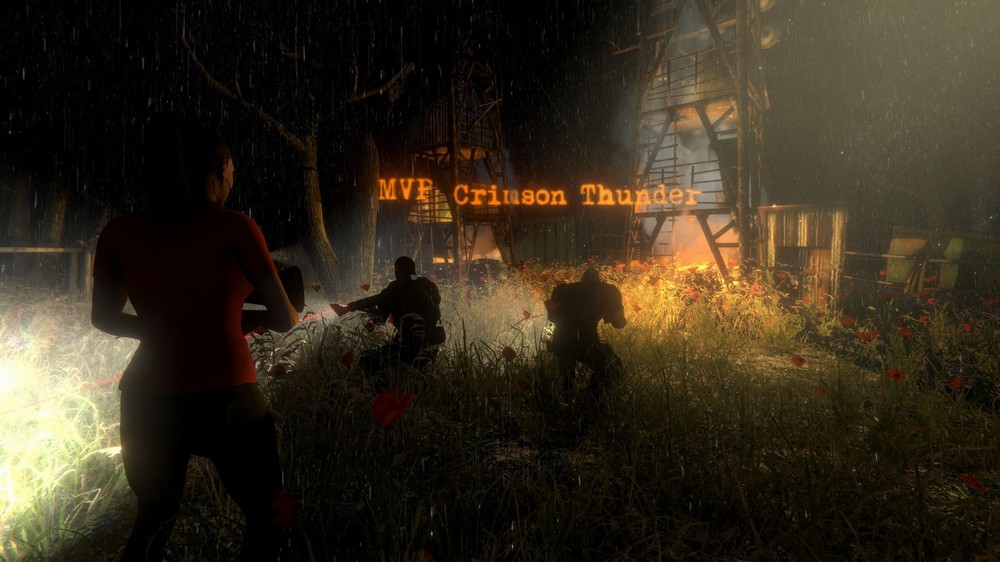 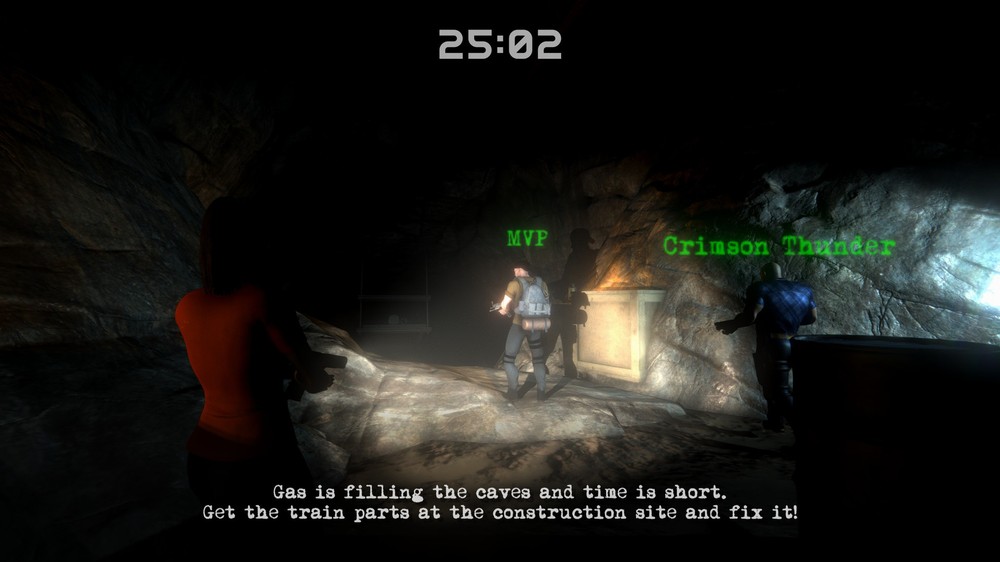