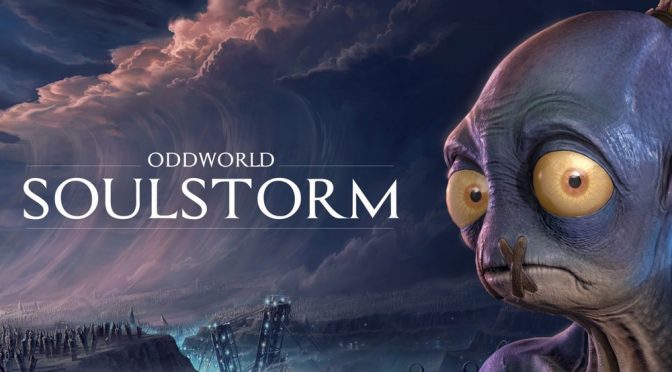 Today, Microids and Oddworld Inhabitants are pleased to confirm that the explosive action-adventure platformer Oddworld: Soulstorm is coming to Xbox One consoles and Xbox Series X|S. Retail editions will also be available for Xbox versions.

Since Soulstorm first launched on April 6, Oddworld Inhabitants have been listening to players’ feedback and suggestions and released seven updates to enhance the game’s experience. They are thrilled to say Oddworld: Soulstorm’s gameplay has been refined on all platforms through fixes, removal of bugs, level design and balance adjustments, as well as quality of life improvements. No game is bug free, but the version that players can download right now for PS5, PS4, and Epic Games Store is one the studio is proud of and believes they will enjoy. Same goes for the PS5 and PS4 physical versions that can be found at retailers. The Xbox Series X|S and Xbox One versions will have the same fixes already implemented.

Oddworld: Soulstorm is the bigger, badder, bolder action-adventure platforming sequel to the renowned video game series, and the explosive second installment in the quintology. You play as Abe, the reluctant Mudokon hero whose actions sparked an uprising and now must lead his fellow Mudokons in their fight for freedom against the Magog Cartel and the planet’s ruling power.

Abe will struggle for survival against the planet’s ruling and well-funded power. They are armed with all means of oppression, from propaganda to biological to ruthless deadly force.

Oddworld: Soulstorm is currently available on the Epic Games Store for PC. The physical and digital PS5 and PS4 versions are available right now.  It is in development for Xbox Series X|S and Xbox One consoles.