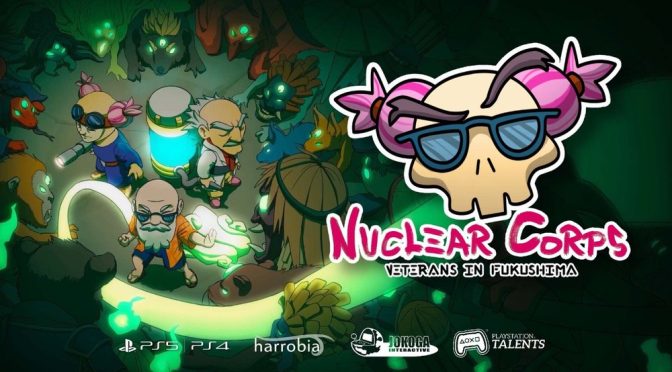 Nuclear Corps: Veterans in Fukushima places us in a world that has suffered an environmental disaster. The premise of the game is based on a real event: on March 11, 2011, a major earthquake hit the city of Fukushima, followed by a tsunami that flooded the nuclear power plant. This event has been taken by Jokuga Interactive to develop its game, setting its title in that scenario full of dangers resulting from this catastrophe. In this scenario we meet Lola, Dordok and Smartie, the protagonists of this game. Nuclear Corps: Veterans in Fukushima tries to transport us with its gameplay to the nineties, where the arcade genre was one of the most prolific. It achieves this with a series of key ingredients that, for years, have been the hallmarks of this genre. The first of these are their own characters. 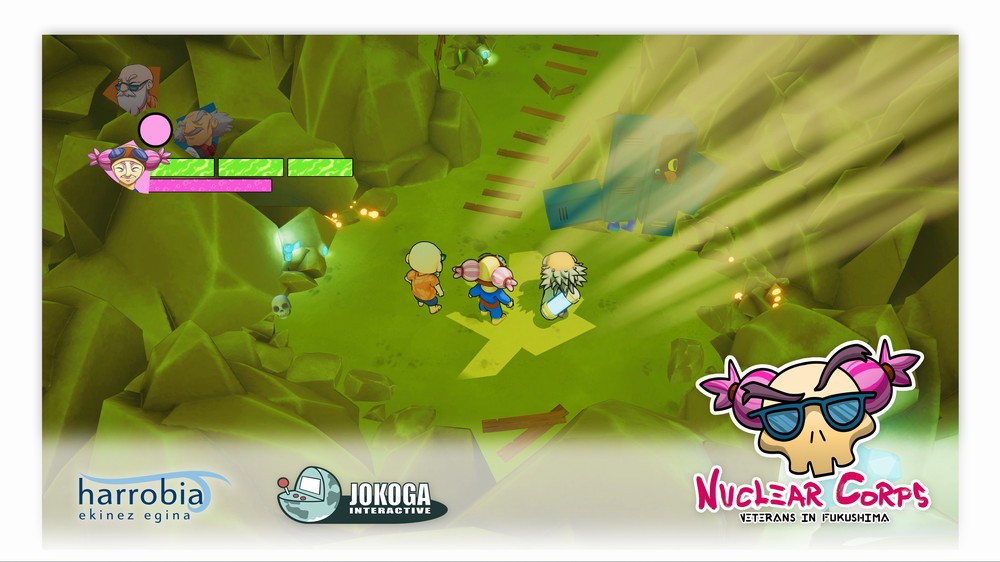 Lola, Dordok and Smartie will have a series of their own abilities with which they will have to face the different enemies that they find in their path. Each of these characters has a unique set of movements and abilities, and this is very interesting in this game since, depending on which one we are controlling. For example, Lola has a hook with which she can overcome some obstacles; Dordok can generate a defensive shield and knock out the monsters that inhabit this world; for his part, Smartie will be an important asset in the combat that will be able to shoot and eliminate those beings that are the result of the catastrophe.

Nuclear Corps: Veterans in Fukushima is made up of a total of 13 phases, divided into several worlds that are presented through a board. Completing these will depend on the skills of each player in this type of game, but its duration will range between 3-5 hours. It is a more than acceptable duration for a title of these characteristics, but it can also be extended if you want to obtain some extras and secrets, such as a series of cucumbers that are distributed throughout each of the scenarios. 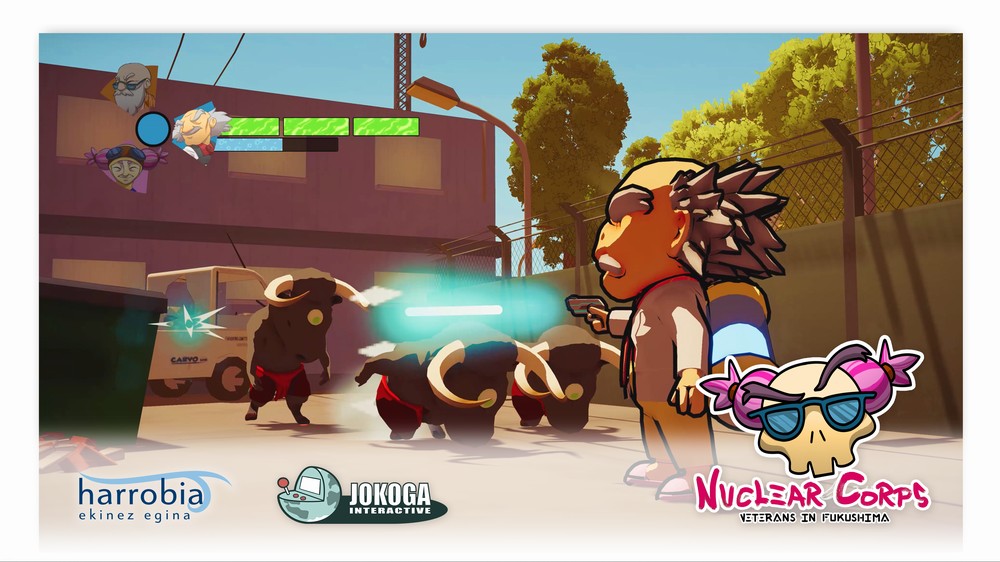 Learning the powers of each of these three protagonists, as well as checking what combinations there may be between them since, on some occasions, the sum of them will be needed to complete a phase. This leads us to talk about the design of the levels, and it is that these have some mechanics that will force us to practically use the three protagonists. The development of these levels is simple; you will have to go through each of the screens or phases while you knock down everything that is within our reach and solve some of the puzzles that you find. For this you see how each of the characters will have to use the skills, the ultimate goal being to place them in a final circle that symbolizes the outcome of the level.

Everything sounds simple and well thought out so far, but this is where I ran into some issues with the title. Nuclear Corps: Veterans in Fukushima is a game with playable deficiencies: we have to remember that we are dealing with a project developed by a young studio, so there are certain bugs that will be revealed in the game as you progress. Some of these can be from certain collisions of objects and boxes that we have to move, which can even leave you locked; forcing you to retry the level you are in. I also found some other glitches of erratic movement in the characters, which can get embedded in the wall, as well as the AI, which is really erratic. Another issue I discovered while playing was the unbalanced difficulty curve that increases sharply. I must also point out one good feature. The most notable is the confrontation against the final bosses, which are really fun, but not too challenging. 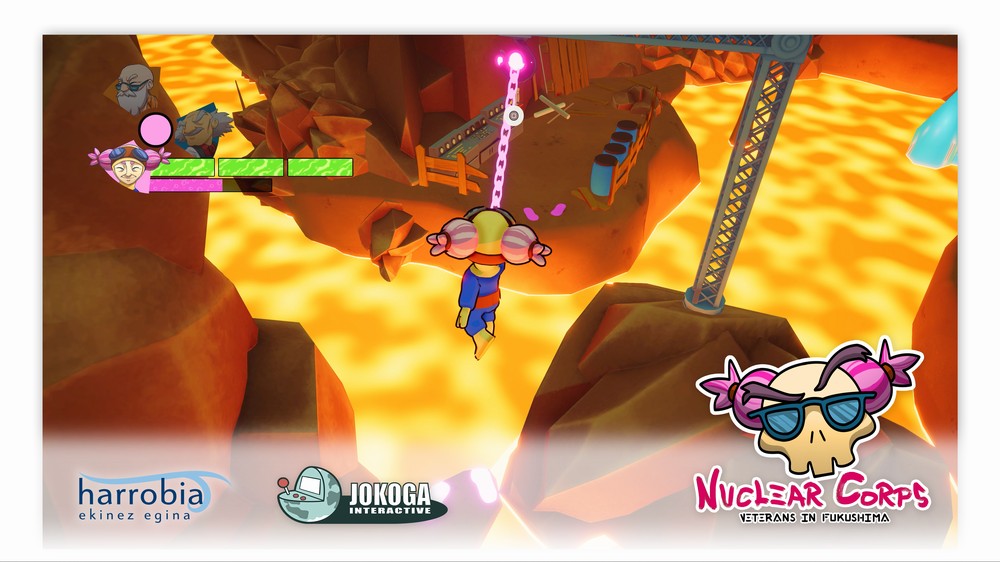 Nuclear Corps: Veterans in Fukushima presents us with a good premise that is potentially very fun, but its design decisions, as well as the numerous bugs found, weigh down the playable experience. The general lines of the Jokoga Interactive title are correct, with some interesting mechanics and a classic and nostalgic development that has caught our attention, but that has many things to debug and correct for the future. However, we must remember that it is a video game that has been developed by a young studio and we must applaud how they have carried out their project. 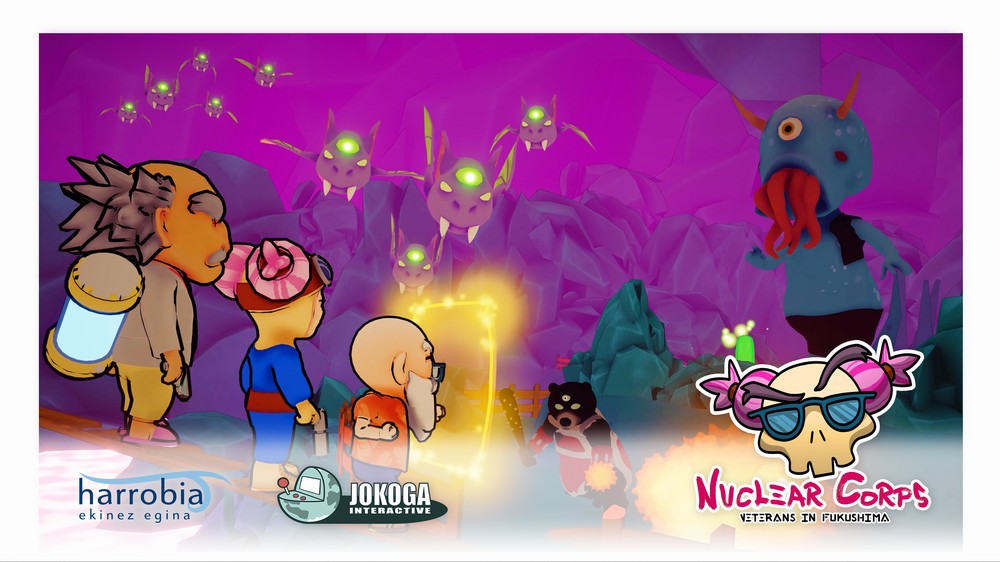 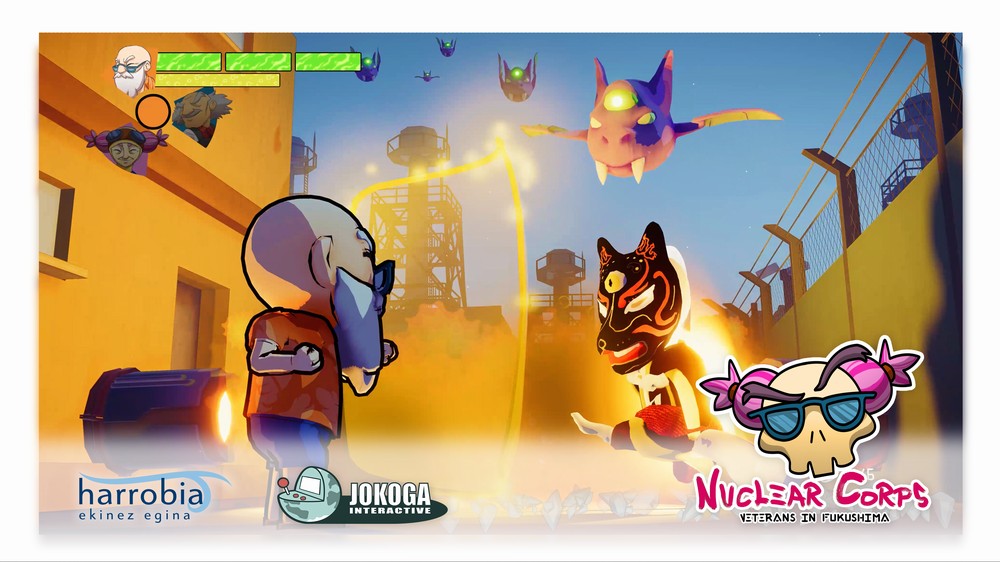