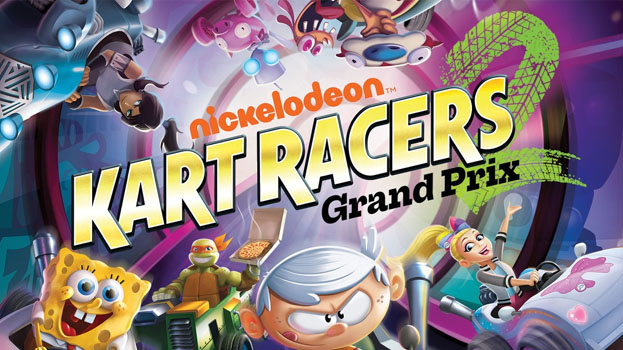 Nickelodeon Kart Racers 2: Grand Prix features 28 new and reimagined tracks — plus two brand-new battle arenas! Create the ultimate pit crew from over 70 bonus Nickelodeon characters and customize your kart with parts inspired by their many series. Fill your slime bar to pull off ridiculous jumps, use special power-ups and attacks, and compete with friends across a variety of game modes, including local split-screen multiplayer for up to four players and online multiplayer for up to eight players.

Nickelodeon Kart Racers 2: Grand Prix is published by GameMill Entertainment and rated E (Everyone) by the ESRB. For more information, visit www.NickKartRacers.com.