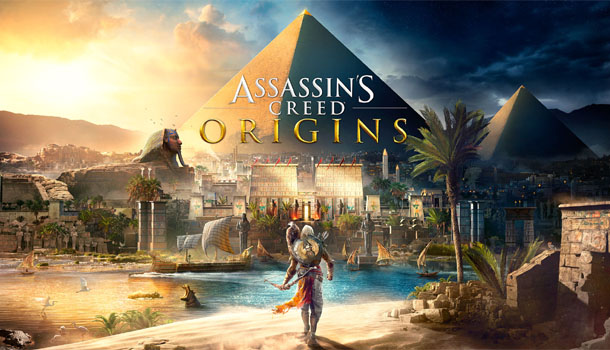 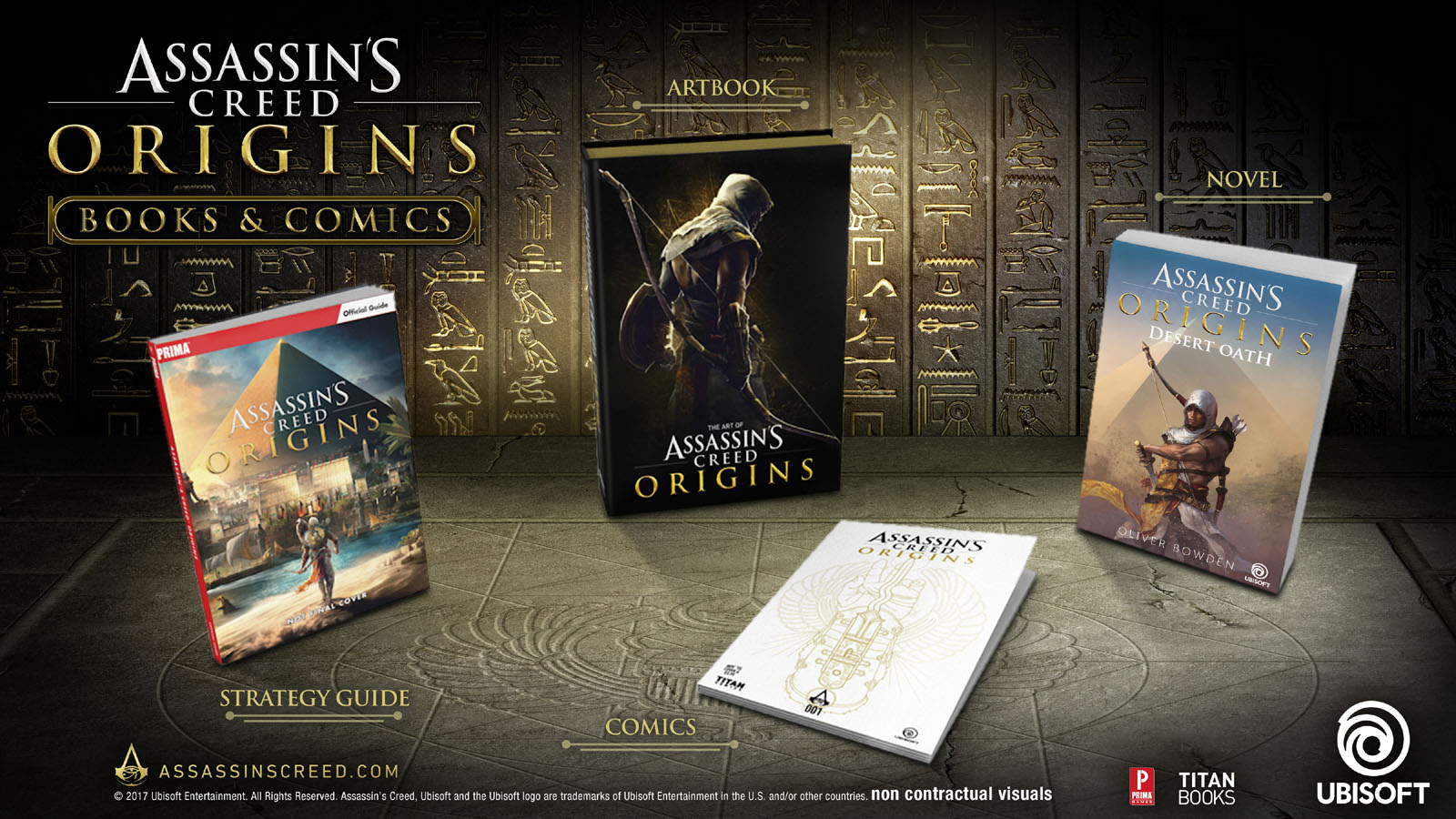 Today, Ubisoft® announced the publishing lineup for Assassin’s Creed® Origins, including a novel, a comic miniseries, an art book and an official guide, all of which will be published worldwide starting this fall. These pieces will allow fans to step further into the world of Assassin’s Creed® Origins and deepen their knowledge of the game and lore.

Ubisoft’s broad publishing collection aspires to provide fans with a wide variety of exclusive insights into our many worlds. The vast universe of Assassin’s Creed® Origins will be expanded beyond the game to explore: Bayek’s youth, the first years of the Assassins Order, the artwork behind the beautiful and mysterious landscapes of Ancient Egypt, and an official guide for hardcore players.

Assassin’s Creed® Origins Desert Oath, a novel published by Ubisoft and written by Oliver Bowden in collaboration with the development team, will take place before the game. It portrays a young Bayek following his father’s footsteps, leaving the peace of his hometown, Siwa, in search of answers. Follow Bayek through a journey that will take him along the Nile and across a country in turmoil as he faces the dangers and mysteries of the Medjay’s path.

A miniseries of four official Assassin’s Creed® Origins Comics written by Anne Toole and published by Titan Comics will explore the first years of the Assassins’ Order, crossing over to new territories and introducing new characters as well as notable historical figures.

The Art of Assassin’s Creed® Origins, an art book published by Titan Books, will transport readers back into Ancient Egypt, one of the most mysterious places in history. Readers will explore the world of Assassin’s Creed® Origins as they discover its secrets and forgotten myths and learn more about the characters, enemies, weapons and majestic landscapes of the game through a vast collection of art, including: concept sketches, city plans, character studies, and fully rendered paintings along with comments and notes from the artists and developers.

The Complete Official Guide, a guidebook published by PRIMA Games, is an indispensable tool for dedicated players. The guide contains a general weapons and equipment guide and a 100% completion walkthrough along with detailed maps flagged with all locations, collectibles and targets. Owners of the Complete Official Guide will also have exclusive access to a mobile-friendly e-guide version optimized for a second-screen experience.