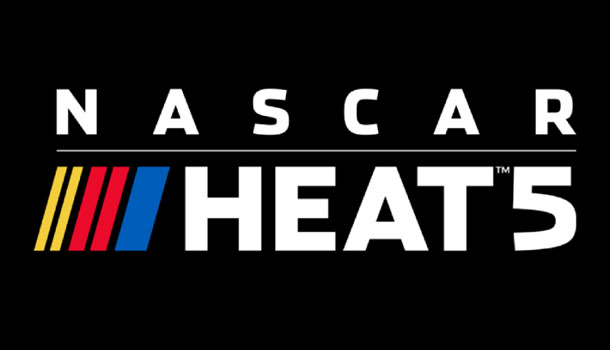 Growing up in the UK, NASCAR was always some mysterious entity from the USA, where drivers would race around a circular track for hours on end until somebody won and everyone went home. It wouldn’t be incorrect to say that the sport was viewed with some derision, as most thoughts regarding NASCAR strayed towards asking just how difficult only turning left could be. So, when given the chance to play NASCAR Heat 5, I thought that it would be the perfect opportunity to educate myself on a sport that I didn’t know much about, and maybe gain a new appreciation in the process.

The NASCAR Heat series has a fairly lengthy history, having been rebooted back in 2016, but NASCAR Heat 5 marks the first time that 704Games have been responsible for development of a title in the franchise. Having not played any of the previous entries, I’m unable to comment on how this game compares to the previous titles developed by Monster Games, but on a surface level, I’m largely happy with the work that 704Games have done with NASCAR Heat 5. It’s a solid racing game, and though the surrounding packaging might be a little bland, there’s enough here for a NASCAR fan to enjoy. 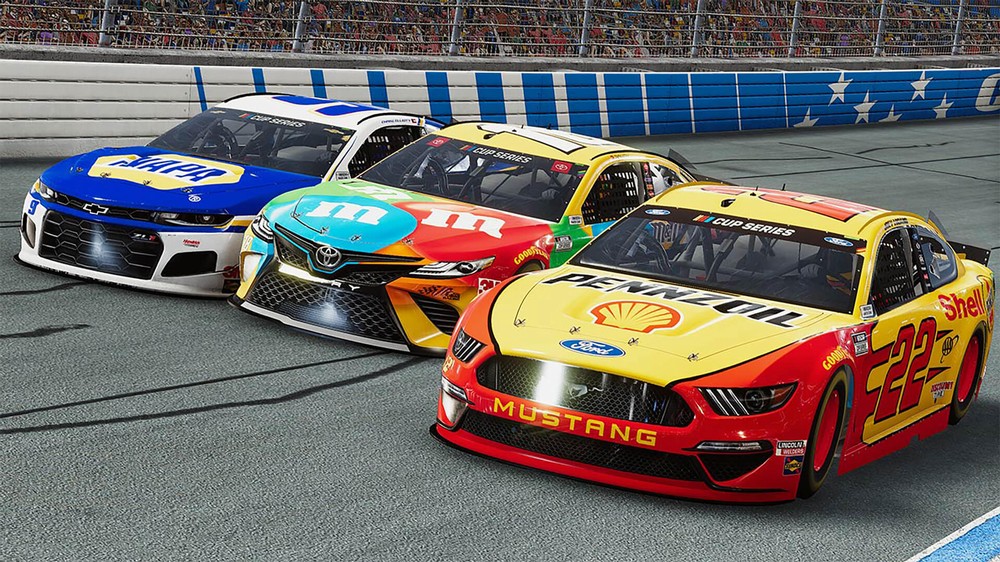 Booting up NASCAR Heat 5, it’s evident fairly early on that the main focus of the package is the offline career mode. You’re given the choice to set up and develop your own team, for race for an already established outfit, which allows you to focus purely on racing. I chose the latter option for my first season, and this gave me the chance to become familiar with the racing setup, before branching out into team ownership going forward. You start off racing on dirt tracks, and finishing seasons in a particular championship allows you to progress through the various different incarnations in the game, until you make it to NASCAR proper. Races come thick and fast, and depending on your setup you can get through a season fairly swiftly, especially in the early days.

One of the areas that I was impressed with in NASCAR Heat 5 was the level of customization available to the player, as you can make choices that not only dictate how skilled your opponents are, but also how the rules work for the races that you take part in. Being unfamiliar with the sport, I veered towards the easier end of the difficulty spectrum, and soon realized that NASCAR Heat 5 tailors the race lengths to your choices in a smart way. Rather than dictating the number of laps in a particular race, each difficulty setting assigns a length percentage, so on the easiest difficulty, you’re only racing four percent of what the usual total would be. This means that as you progress up the career ladder, races still get longer and more involved, but you’re not often spending more than fifteen to twenty minutes on a single event, practice and qualifying included. 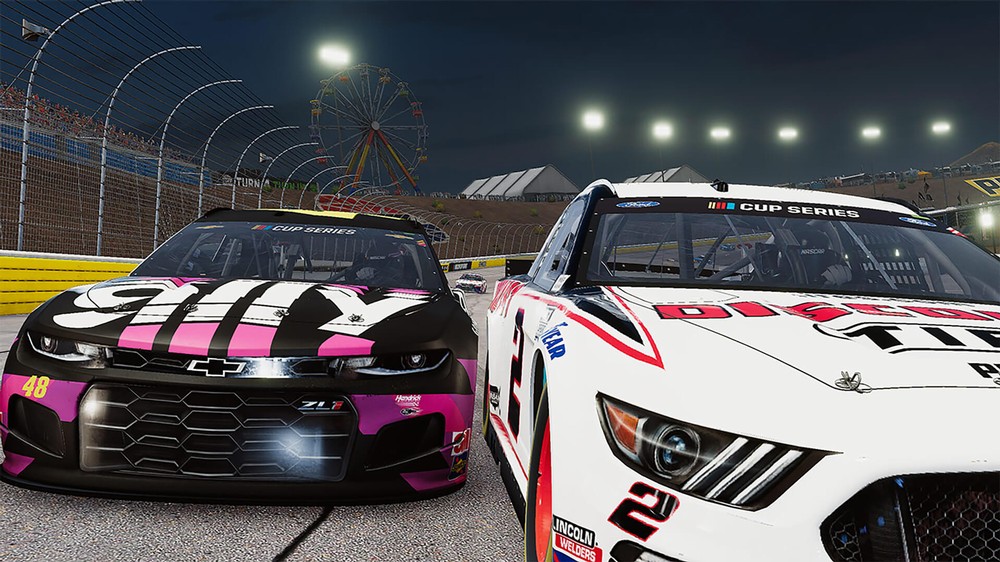 Visually, NASCAR Heat 5 is a little underwhelming, though I did appreciate that as the season takes you across various different areas of the United States, the tracks do look distinct from one another. I imagine it can be difficult to make a series of oval-shaped tracks feel unique, but it’s the surroundings that give hints to where you’re racing. Strangely, you can compare this aspect of the game to something like Rock Band or Guitar Hero, where while your main focus is on the direct middle of the screen, the colors and shapes flying by on the peripheries add a lot to the experience. There’s often a fair deal of activity happening just off of the track, and while looking at it directly might cause it to look a little bland, as window dressing it serves its purpose and adds a little bit of variety.

Once you get to the point where you can afford to establish your own team, you’ll be seeing a lot of these tracks, meaning that this variety in appearance is important. As you progress through the different championships, you gain the ability to participate in multiple race types in a single season, which can cause you to have multiple races in a single week. You’re able to hire and train staff to look after your vehicles, and the more cars you own, the more staff you can employ. Management in NASCAR Heat 5 is nowhere near as in-depth as other sports management simulations, but you still find that you’ll need to balance your resources carefully, and it’s beneficial to have some form of plan for progression. 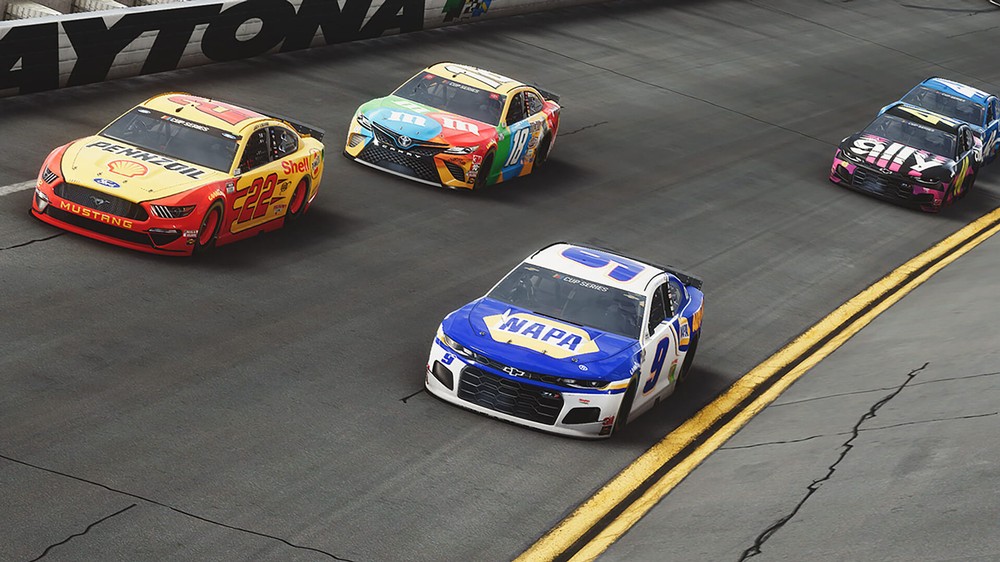 Outside of Career Mode, NASCAR Heat 5 offers a couple of other modes, including single races, historical challenges and online multiplayer. In all, while NASCAR Heat 5 contains a fair deal of content, especially when you consider the potential length of the career mode, the overall package feels a little lacking and somewhat barebones. The overall presentation is fairly simplistic, particularly when it comes to menus, and the musical soundtrack is limited and grows old quickly, as the small number of tracks doesn’t take long to cycle through. If you’re focused on the racing then you can likely overlook these issues, but the seeming lack of effort that has gone into the visual design of the game is disappointing.

Having come into NASCAR Heat 5 with little to no knowledge of the sport, I have come out the other side with a form of appreciation for it, though perhaps not quite enough for me to sit down and watch a real-world race. The driving, which is always the main part of a game such as this, is enjoyable and rewarding, though it leans more towards being functional then remarkable. The surrounding package is where NASCAR Heat 5 drops the ball a little, as I found that I didn’t have much interest in the modes outside of Career and even once tried, the game doesn’t offer up much incentive for persevering further. If you’re already a NASCAR fan, then NASCAR Heat 5 is a perfectly fine way to virtually take part in the sport, but I can’t see this game doing enough to bring in any new converts.