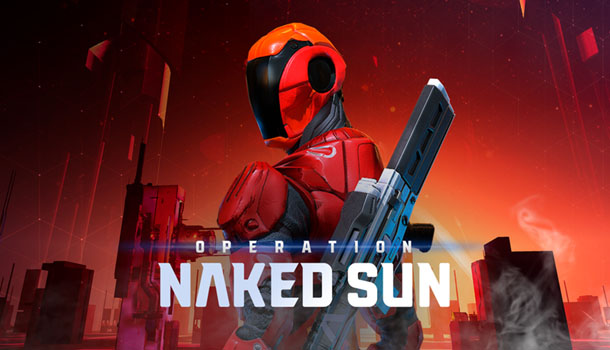 In the mood to stop a machine uprising dead in its tracks?

The action-packed VR first-person shooter Naked Sun is on a collision course with HTC Vive/SteamVR and Oculus – releasing into the wild on July 17. According to UK-based developer Door Z, the PSVR version will be released in late August.

If you’ve found previous VR shooters to be tiresome or nausea-inducing, check out Naked Sun. The game’s stunning visuals – rendered over a 180-degree field of action – are perfect for devices without room scale. You’ll also avoid motion sickness altogether.

Naked Sun places you on a futuristic cargo train bound for the Mexico City arcology (once the global capital) on a mission to bring the city’s automated defense systems down. Retaking Mexico City is the first step – and the only way – to bring humanity back from the brink.