Borderlands: The Pre-Sequel! – The Soundtrack Review 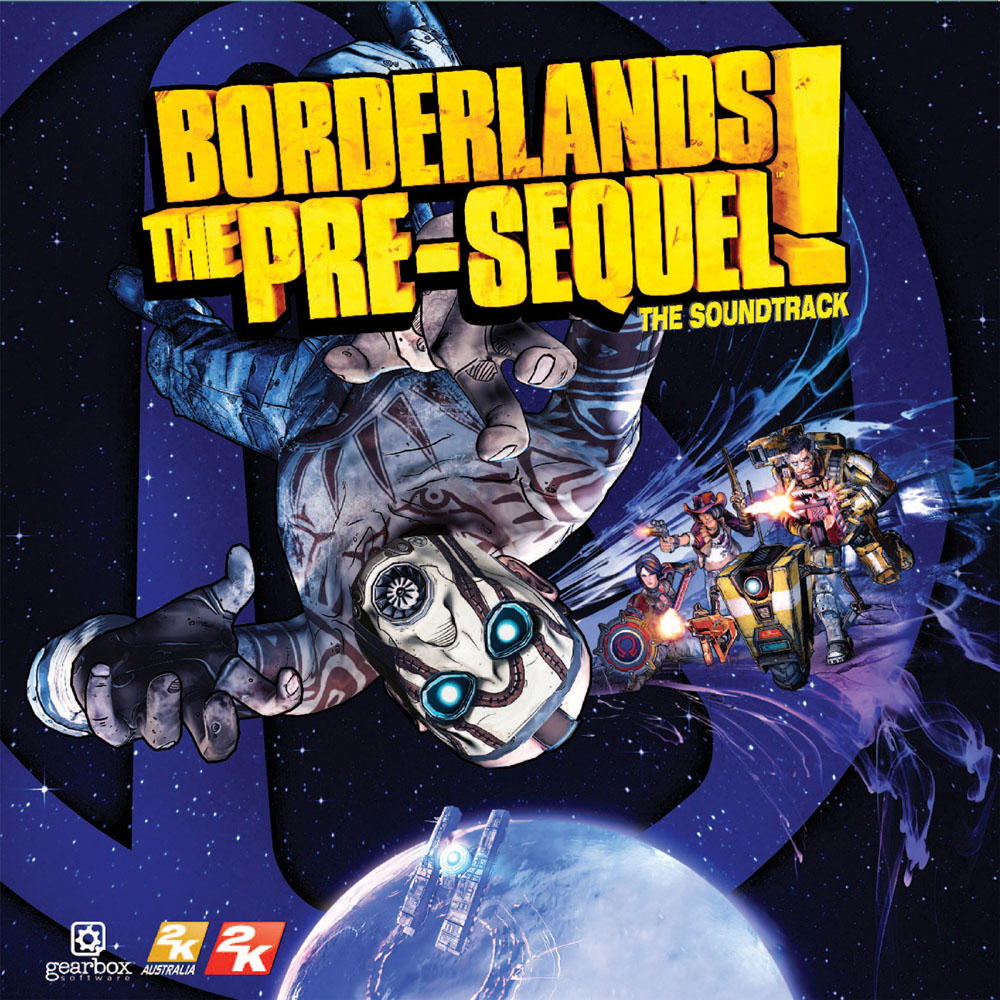 When I review a video game soundtrack I always enjoy seeing (or rather hearing) how much just listening to the music can spark my memories of playing the game.   In the case of the Borderlands: The Pre-Sequel Soundtrack the 2-disc CD album arrived ahead of the game – in fact I have yet to receive my review copy of the game – but the music for this particular soundtrack is so good I just couldn’t wait any longer to write my review, because whether you plan on playing the game or not you DEFINITELY want to own its soundtrack.

If you’ve read any of my other OST reviews you’ll know I am a super-fan of Jesper Kyd.   The man is a musical genius whose video catalog I celebrate with the same passion and reverence as I have for John Williams and my movie soundtracks.  He is responsible for a majority of the music on this 2-disc soundtrack, most of which is found on the first disc, which might explain why it was so hard to swap out to the second.   That’s not to say the work of Des Shore and Justin Mullins is anything short of awesome as well, but Jesper’s tracks on that first disc are so hypnotically entrancing that the CD would often loop back on itself before I realized it was over and it was time to swap.

Having not played the game the music was built for I have no point of reference for how well it complements the narrative or gameplay, but as a standalone musical experience, this is some of the best music I have listened to in 2014. With no ties to the game I would compare the style to something from the TRON soundtrack – in fact two people who were listening to the soundtrack asked if this was from TRON.   Jesper Kyd has gone on record to say that, “There are no traces of real instruments; everything is made with analog synths, drum machines and old gaming consoles. The music is my take on 1980s sci-fi music and electronic music and there’s everything from Commodore 64 and Sega Megadrive instruments to massive analog synths and vintage drum machines. It’s basically a headtrip through 1980s film-inspired electronic synth scores with my own twist on that genre.”

I couldn’t agree more.  I was definitely having musical flashbacks to Tangerine Dream movie scores like Risky Business and my all-time favorite movie soundtrack, Run Lola Run primarily composed by Tykwer/Klimek/Heil.  Admittedly, you probably should be a techno fan going into this soundtrack, as it does rely heavily on the repetitive synth style of the genre.  The Shore and Mullins tracks do mix things up a bit, while preserving the overall continuity and flavor of the soundtrack.  Their tracks sound more like actual score that might reside underneath a narrative moment, or in the case of some of the more exciting tracks, maybe combat.  Track names that make use of key words like Ambient and Combat help to support my hypothesis.

If we ever do get to review Borderlands: The Pre-Sequel game at a later date I will be sure to update this review with any pertinent information regarding how well the music fits or complements the actual gameplay, but for now, rest assured that if you love techno and music heavily entrenched in video game culture, or are just a fan of Jesper Kyd, this is a MUST OWN album.

Music samples from Borderlands: The Pre-Sequel Soundtrack are streaming on SoundCloud and the album is available at Sumthing.com and Amazon.com.