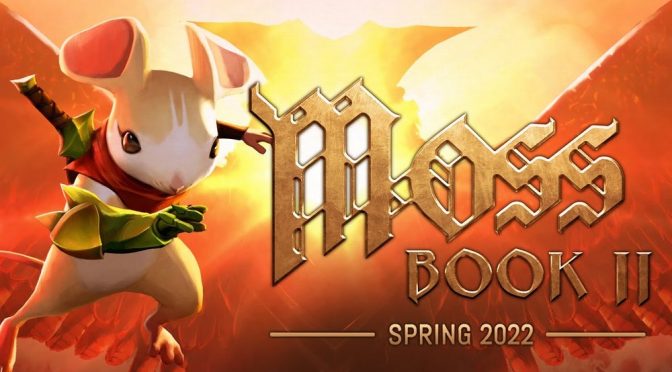 After kicking off PlayStation’s July State of Play with the reveal of Moss: Book II—the highly-anticipated sequel to one of the most critically acclaimed VR games ever made—Polyarc is sharing with the world that players’ adventures with Quill will continue this spring 2022.

Moss: Book II builds upon the story set forth in the platinum-selling Moss video game that still ranks as one of the best rates VR games to date. Having rescued her uncle Argus, Quill’s adventure continues with the revelation that a winged tyrant is hunting her within the hexed castle where her uncle was held captive. But Quill has a plan of her own, one that could finally end the merciless rule of the Arcane and save the world from a great unmaking. Lined with dangerous terrain, challenging puzzles, and enemies twisted in fire and steel, the journey will be trying—filled with triumph and heartbreak alike—but new allies, old friends, and the very nature of the castle itself can offer help along the way.

Fans can also get a behind-the-scenes look at Moss: Book II in Polyarc’s recent videos showcasing the game’s development: