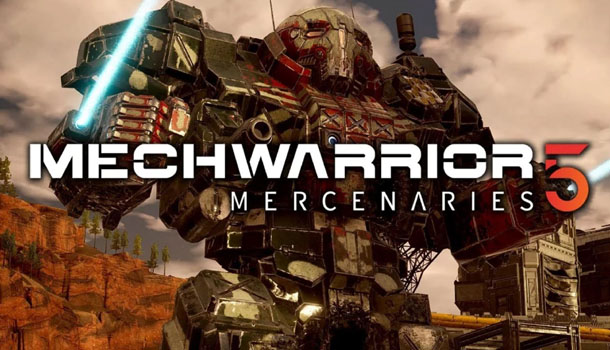 MechWarrior 5: Mercenaries developed, and also self-published by Piranha Games is a welcome change from the online experience we’ve had to make due with for the last few years. Don’t misunderstand; I love fighting my fellow mech lovers as much as the rest of us, but its different to experience a story that you build yourself, especially when it comes alongside towering mechs that you get to pilot. The first single player MechWarrior game since 2002 to be precise.

MechWarrior 5 begins in the year 3015 in-universe and you are the son of Nikolai Mason, the commander of “Nik’s Cavaliers”, a small mercenary unit. Soon after completing the training mission your home base is attacked and you escape while your father stays behind and sacrifices himself to give you enough time to evacuate in their drop ship. As usual in games with stories such as this, it’s up to you as the now highest-ranking officer to rebuild your small mercenary group under a new name created by you, find the bastards that killed your dad and find out why they attacked your home. 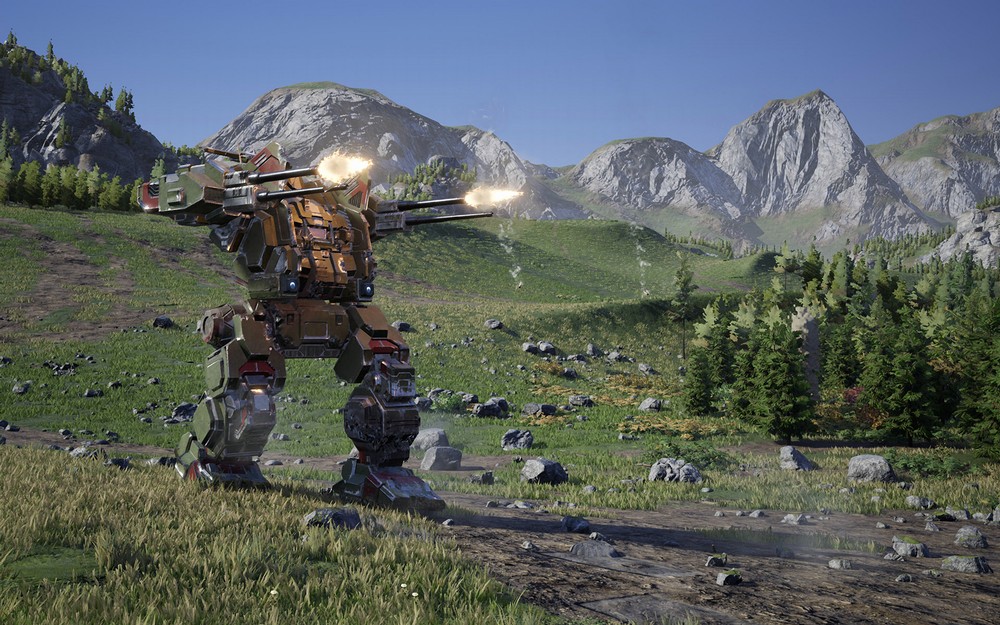 You start out your campaign with two mechs, a severely damaged medium mech called “Centurion” and a very small light mech called “Javelin”. As you can guess, you’ll have to progress with the smaller Javelin until enough time has passed to finish repairs. I’ll explain what I mean. Mechs that are damaged in battle have to be repaired, its going to happen, its almost impossible to not take SOME damage in a fight. The severity of the damage determines the amount of time it will take to fully repair it, this is in addition to the money you have to throw at it to do so. Later on, when squad members start getting recruited, if they are hurt they will also require you to take them out of combat for some amount of time to heal. Technically you could send out a damaged mech with an injured pilot and watch it get completely destroyed and the pilot killed, and it might be worth it sometimes if you want to get rid of their salary expenses.

You progress the story by taking on missions for companies and you’ll gain reputation with them as you complete them. Completing a mission for one company might give you an increase with them but lower your reputation with the faction you just destroyed, so you can either try to keep them all balanced or commit to screwing someone over and gaining bouses such as extra payout or extra salvage items rewarded. The best option I found is to find a faction you like for whatever arbitrary reason you choose and then maximize your reputation and keep gaining rewards with them, and your money woes will cease to exist…eventually. 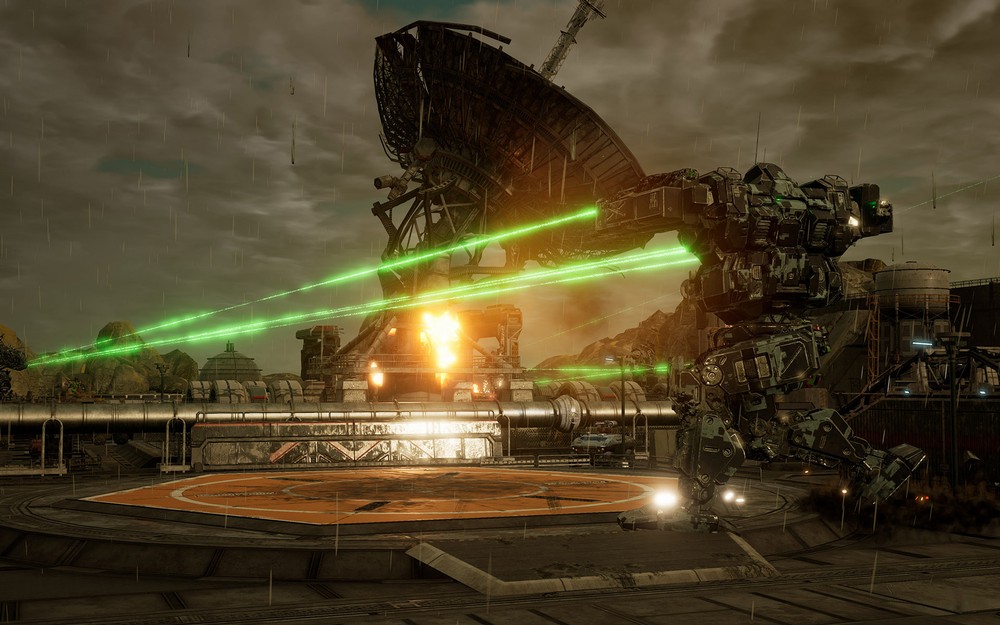 Travelling between star systems will require you to spend some in-game time traversing, which is just a small cutscene of you attaching to a jump ship and arriving, nothing fancy there. The reason you want to travel around is it will be the primary way for you to find new missions as well as recruit new pilots to join your squad and buy new mechs to arm them with. You’ll buy ammo, weapons and support items to help with overheating in these shops, and I discovered a few “black market” locations but found that they didn’t have a huge difference in wares, although prices were cheaper in most occasions. The other reason you want to travel is you can find specially named “hero mechs” scattered about that are higher quality than those of the same build with a potentially different weapon than normal, more armor; basically just better than most mechs of the same class.

I mentioned the squad mates that you can hire after you progress a certain amount in the game. For the most part they are pretty dense, they have poor A.I. and begin with low stats and bonuses, but the more you use them and they skill up the better they get, A.I. included, which allows them to actually get useful later after enough use and experience. Expect to be swapping out your mission members as they get injured or be prepared to lose them if they aren’t given enough time to recover. 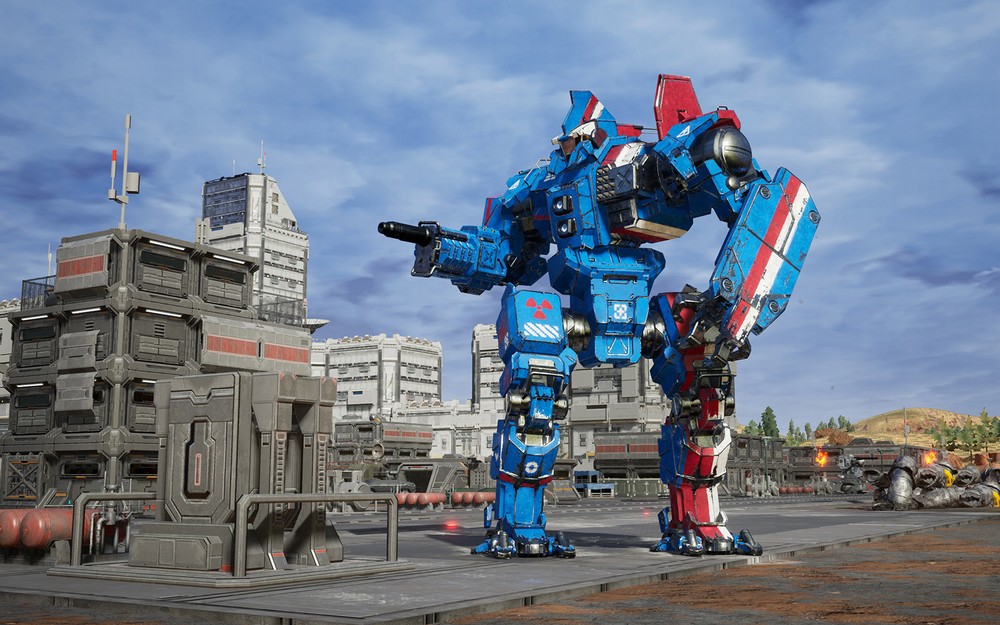 I’ve mentioned the concept of time a few times as well as stated that the game begins in the year 3015. Well as you have to “pay” for repairs and pilot recovery in time, the game around you will still progress in a sense.  In-game events will occur at specific intervals to give you that sense that time is still flowing and events are still occurring. Missions might pop up after ten months have passed, corporations might announce mergers after five years, and so on. This real-time flow is interesting but nothing that, from what I experienced, changed the game in any drastic manner.

MechWarrior 5: Mercenaries has taken a lot from MechWarrior online, primarily in the form of the mechs they decided to bring over to the main series, albeit with slightly upgraded models, but there are some questionable decisions made as well. While missions are pretty straightforward and varied with them consisting of something as basic as an assassination to a building defense, building demolition, and just plain wipe out a squad of enemies, it all breaks down to getting thrown a bunch of tank and helicopters for one or two waves followed by the enemy Mechs arriving, but the problem is there are way too many of those cannon fodder enemies thrown at you, and with most being able to be destroyed in a single laser shot or ballistic round, they don’t feel like they matter and were added just to extend the gameplay or make the battles seems larger than they are. It can get quite tedious fighting so many of the same enemies, regardless of faction, over and over again. 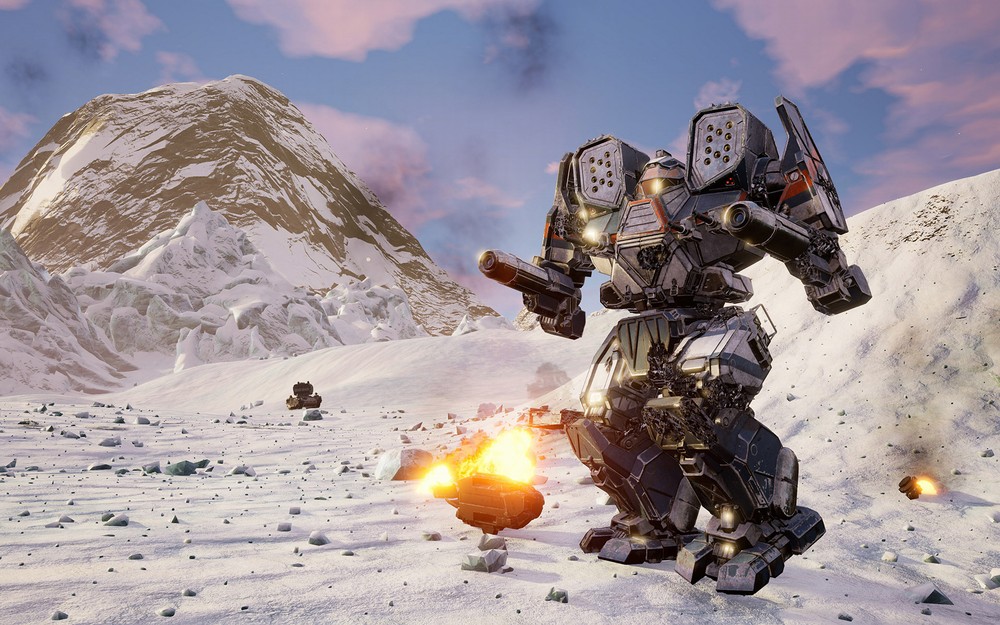 MechWarrior 5: Mercenaries, as of my final playthrough, has been patched a few times to fix some multiplayer annoyances and give some quality of life to the options that squad mates can do while waiting to be told to load in, such as reviewing mechs, repairing and changing load outs as needed, but as a squad mate you have no idea where you are or what mission you are loading into until you start it. It kind of detracts from the whole “squad” dynamic and treats your friends as just grunts. While it isn’t the prettiest mech game out there, MechWarrior 5: Mercenaries does allow us to have some fun shooting stuff while stomping around in towering behemoths, and that might just be enough.