I’ve been a fan of maze games going back to 1978 and the Atari 2600 version of Maze Craze. It’s nice to know that some genres can stick around for four decades, and Maze Roller takes the concept in a whole new direction by adding support for virtual reality. Compatible with both Oculus Rift and Vive, Maze Roller put you in the fur coat of Bernard, a surprisingly adorable rat, and then puts that rat in a ball and then puts that ball in 20+ mazes to test your dedication in obtaining your favorite treat.

Levels are spread across both classic and fantasy theme environments and get progressively more difficult the further you get into the game. There are three ways to play Maze Roller. You can control Bernard and roll him around the maze to reach the cheese avoiding any traps along the way, or you can take control of the maze itself and tilt the board, thus rolling Bernard around the maze using some pretty spot-on physics. The Pinwheel mode is a cool vertical maze concept where you get to rotate the board around and let gravity do all the work. 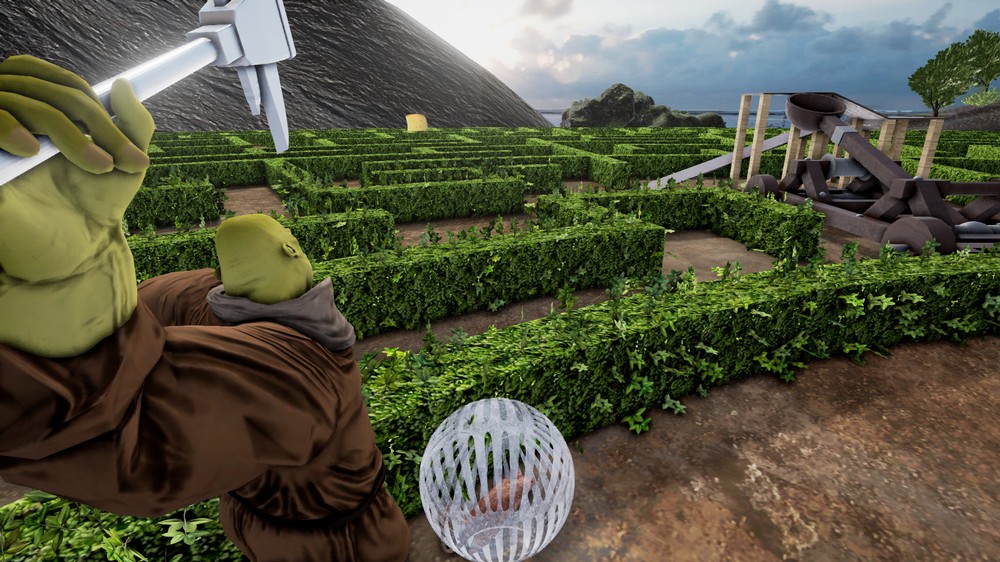 The overall presentation is surprisingly good for the limited concept of escaping a maze.   Graphics are impressive and there is a nice audio package to complement the gameplay.   Since there is no fast movement motion sickness isn’t an issue, but while the game was made for VR you can play it on a standard monitor with a gamepad.

There are lots of collectibles in the game like trophies and artwork that you unlock and add to your private gallery. There is also support for all the Steam goodies like Achievements and Trading Cards and leaderboards track your stats and standings within the community. I won’t even try to estimate a completion time since some levels are crazy-hard. Also, playing from inside the ball is a totally trip, reminding me of a 3D Pac-Man game from the 80’s where you played from inside the maze; very claustrophobic at times. Thankfully, there are several camera views from which to choose. 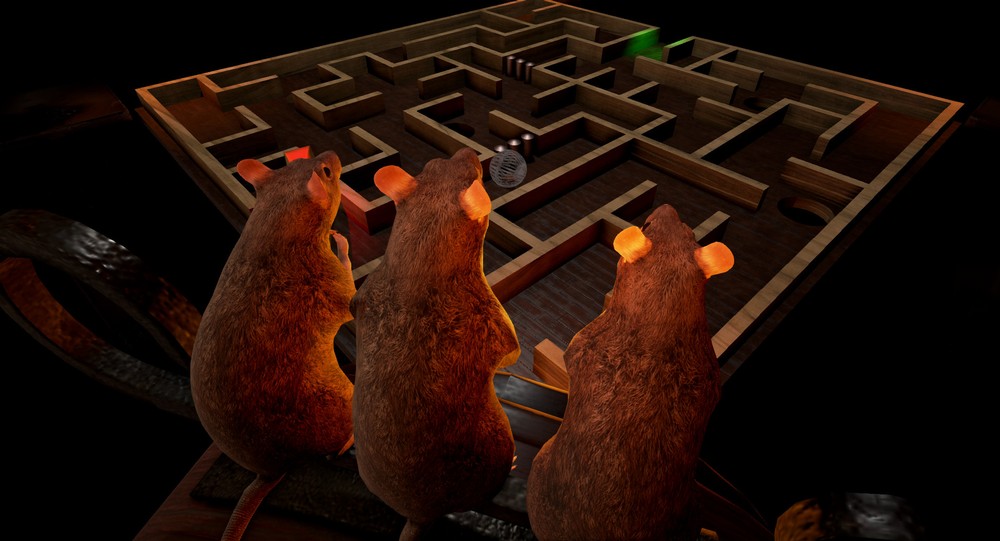 Controls work nicely using the Vive and the motion controllers, but the Oculus Rift has serious issues to the point where it is unplayable.   I put in a support request in August and haven’t heard back yet. In fact, their entire discussion forum has been dead since October, so I fear this game may have been abandoned. The promise of “new levels coming soon” seems to be an empty one, so your $10 is likely only to get you the original 20+ levels. If that’s enough content for your money then check it out, but you might want to wait for a sale or some other sign of life from the developers. 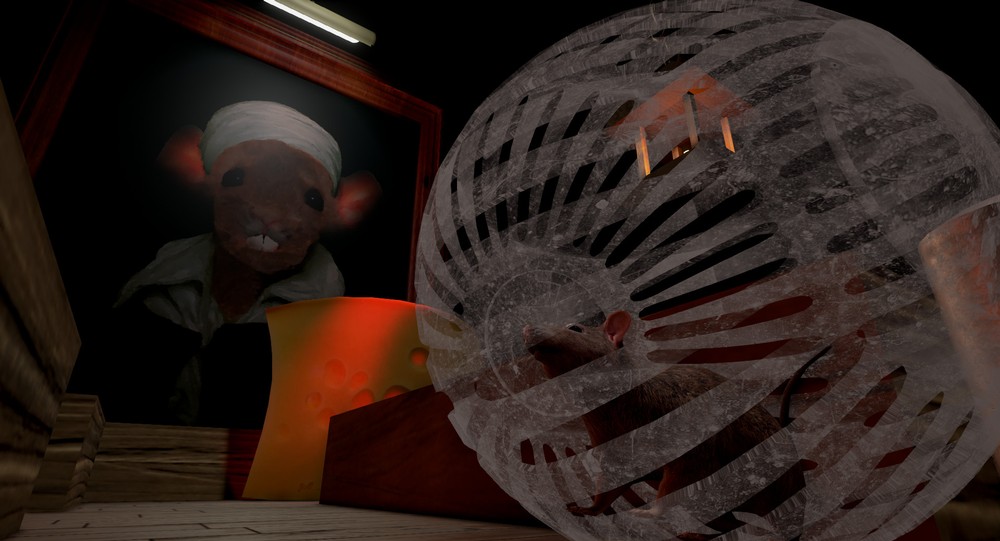 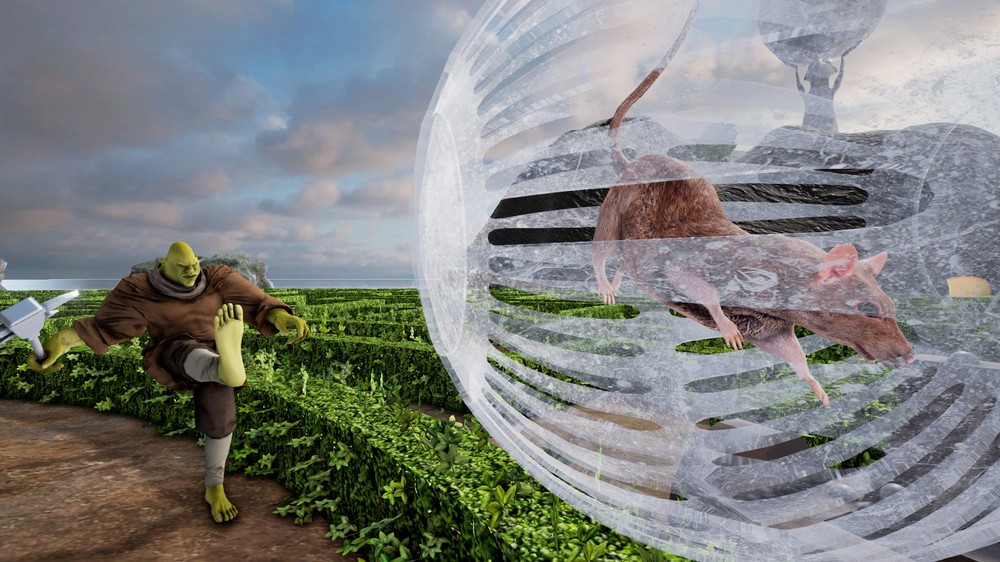 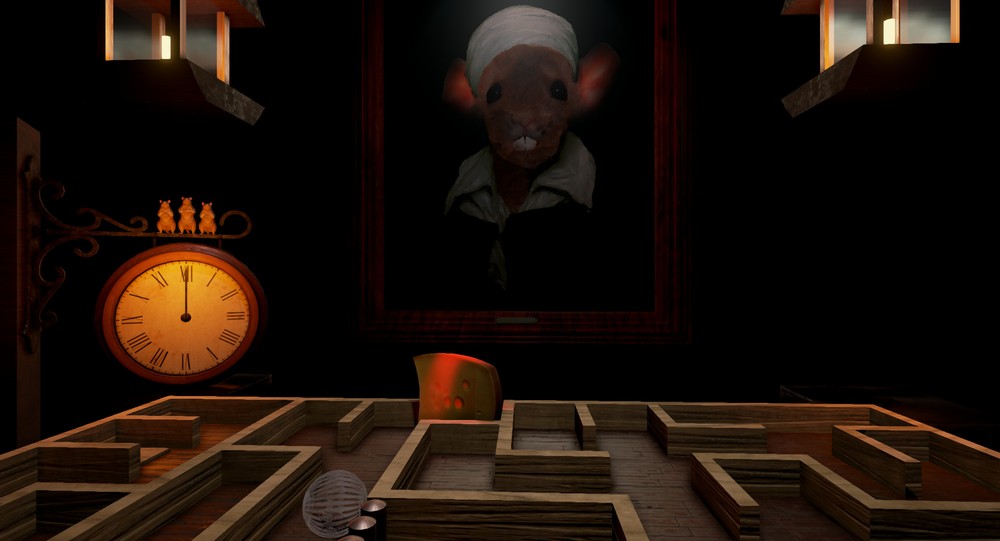