85 years ago an author wrote a short yet terrifying story published in a pulp magazine. That man was H.P. Lovecraft and the story was The Call of Cthulu featuring a cosmic horror locked away under the sea. Just six years ago we were given one of the greatest action puzzlers of this decade and Frogwares (developers of the Sherlock Holmes franchise) took some major inspiration from both Lovecraft and the famous game when they developed and ported Magrunner: Dark Pulse for the PlayStation 3.

Magrunner’s story is follows the trials of an extremely talented Magrunner and tech-hacker called Dax Ward. Dax at a young age created Newton, a robotic dog, with the help of his mentor and tech genius, Gamaji. Gamaji raises Dax after a terrible event claims the lives of the boy’s parents. The two create a custom MagGlove, the main tool of a Magrunner, and Dax trains to be selected for a program that will take them into deep space. As the program kicks off in a training facility built by the Gruckezber Corporation something goes wrong as the Magrunners are trapped as the facility goes into lockdown. Things go horribly wrong as Dax witnesses another Magrunner being mauled to death and it only goes into the surreal from there.

Originally released on PC, Magrunner: Dark Pulse is comprised of completing series of puzzle filled rooms in an attempt to eventually get Dax (you) to safety as well as possibly being the hero that keeps the futuristic world from coming to a nasty end. Unlike the game that more than likely inspired this one, Magrunner’s core mechanic revolves around magnetism and magnetic fields. Your MagGlove allows you to change the polarity of objects such as lifts, platforms, portable and not so portable boxes, launch pads and rail systems to complete your objectives. Each of these items can be set to their default neutral state or be charged with a positive or negative effect. Like in real life items of the same polarity attract while opposites repel from one another. It’s also important to note that multiple items of the same polarity in the same area increase the repelling force of say a box used to break glass or lift you up to a previously unreachable ledge. 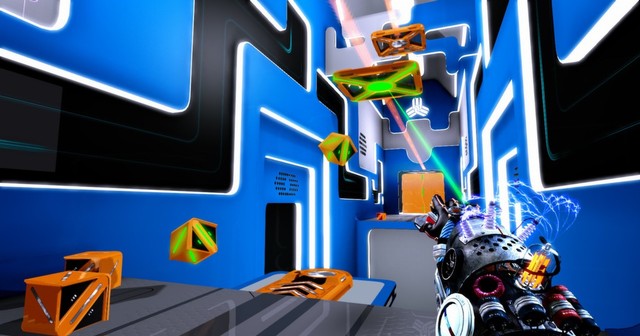 The difficulty of the puzzles starting off are fairly easy at first but as you progress further into the first act and especially in the second things get a lot trickier and the threat of death ramps up. One of my most memorable and equally frustrating moments in the second act involves getting through a room in almost a circular fashion that requires you to use momentum and magnetism at the right moments to get platforms to swing up various heights so that you can jump on them without falling into the watery floor that spells instant death. Throughout the game they introduce new elements to the core mechanics that make the game interesting and challenging at the same time. One of my favorite features the ability to place magnetic field points (in the form of Dax’s robotic dog Newton) almost anywhere allowing you to move platforms or create fields in place that you normally can’t.

Magrunner: Dark Pulse is insanely fun though one of the few complaints I do have is that it doesn’t really do a good job of explaining what to expect from room to room. Even in the very first couple of rooms you don’t have any idea exactly what to do and I can only imagine that people will learn by trial and error. Though as a bit of a tip for people curious about this title, everything of importance or points of interaction are colored in orange so once you start to see the patterns it starts to make a lot more sense…sort of. One thing that I failed to take into consideration at a few points in the game is that you have to account for the very real physics properties of magnetism when playing as it on takes one misplaced or wrong polarity to screw up your entire progress of a room as blocks move with the same repelling force as would holding two opposite magnets in your hand and forcing them to snap together thanks to the fine use of PhysX in the game’s creation. 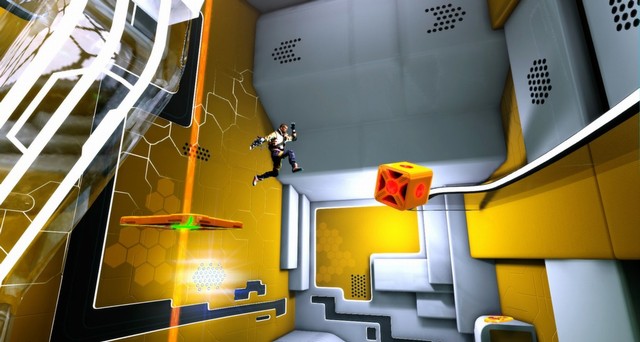 One of the other things that I couldn’t help but notice is that there isn’t a lot of storytelling chatter while your in the puzzle rooms. Most story-relevant moments usually happen in either the first few moments of entering the room or while on the multi-directional lifts that remind me of something from the film Cube. For the rest of the time its radio/video silence from the supporting cast. Magrunner does to a good job on the score and atmospheric effects as well as the sound of everything that you interact with. The voice cast is good at times though Gamaji is probably my favorite of the bunch and its actually nice to hear the main character of the game actually speak.

Easily one of the best parts of Magrunner for me is the graphics and the environment that transforms as you traverse the rooms. At first you’re in very futuristic clean test rooms with colors ranging from orange and red to blue and green on white walls with see-though ramps or walkways. But as things start to go south those rooms that would make the architect proud become ruined as horrific Cthulhu artwork can be seen covering entire walls or rooms are completely torn asunder with wreckage and debris. Its not until you’re a decent ways into the second act that dread really sets in as fish monsters can be seen rising out of the deadly water or giant creatures are frozen coming out of walls as if they tried to come into the world and got stuck along the way. There was even on puzzle room where you had to navigate a near pitch dark room full of pitfalls with nothing but the light of well placed Newtons to keep you form falling to your death. Act Three is by far the most nightmarish of all as you find yourself in space heading towards what could very well spell the end for our main character. 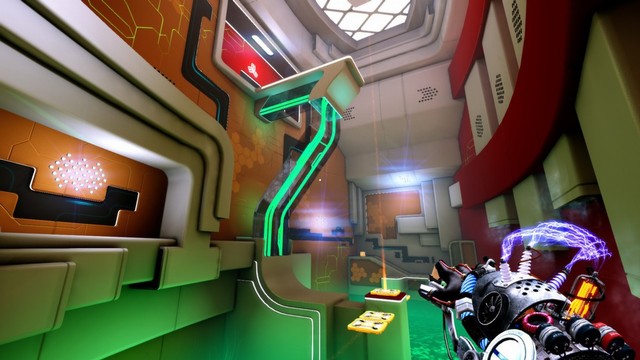 Magrunner: Dark Pulse will take you through 39 of the strangest and trickiest puzzle rooms that the developers could come up with, and for me, I thoroughly enjoyed it through both the good and the bad. For players that want an extra challenge, there are several PSN Trophies for beating certain rooms in under a specific time frame (usually 5 minutes), going through a set number of rooms within Act II without dying or being daring and doing things a little out of the norm. You can replay levels to earn these Trophies, so there is plenty of room for replay value. Magrunner: Dark Pulse also features leaderboards to show you how you stack up against your friends and the rest of the world.

Magrunner: Dark Pulse was an extremely enjoyable experience that took the extraordinary literary works of an author I love and my fondness for insane puzzles and joined the two together to create something that is as addictive as it is sinister. I’m a big fan of games that attempt to infuse literature into their worlds beyond a famous quote. The Cthulhu Mythos is easily one of the most recognizable pieces of writing in gaming and Magrunner: Dark Pulse is a fresh new take on an iconic story. If you love puzzles and a taste of the terrifying check out Magrunner: Dark Pulse available now for PlayStation 3. 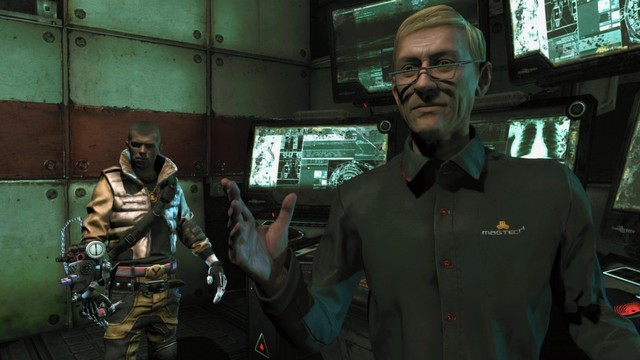 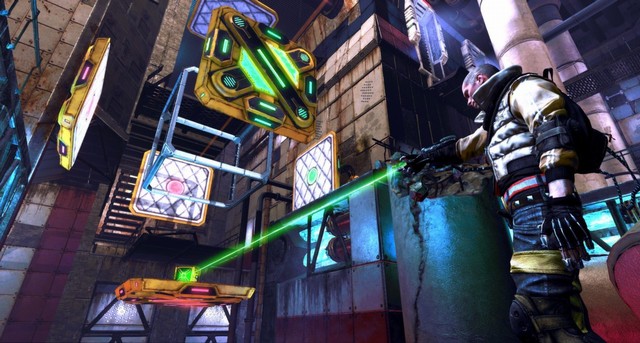 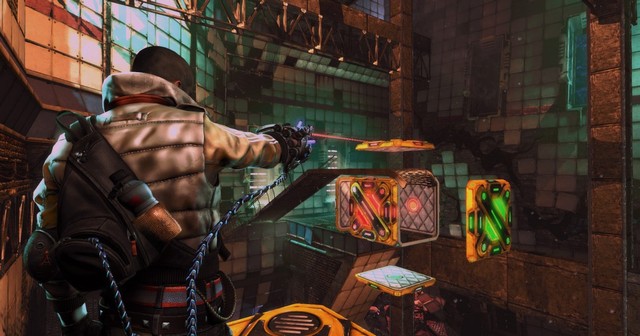 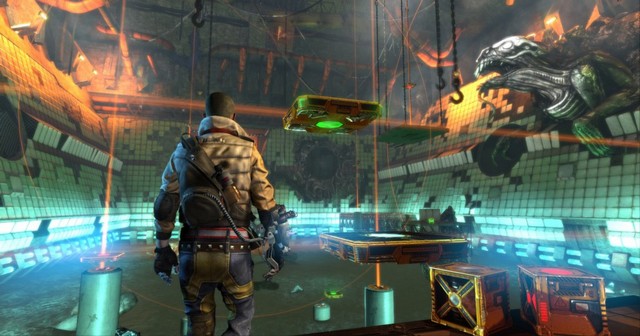 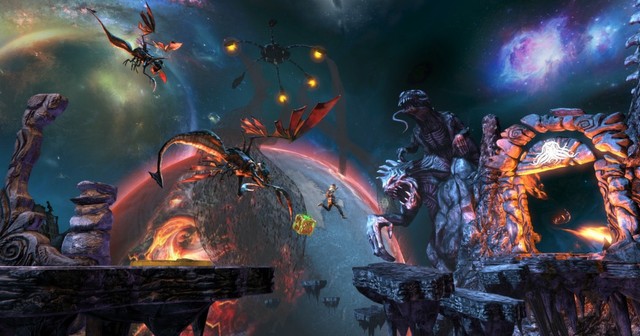 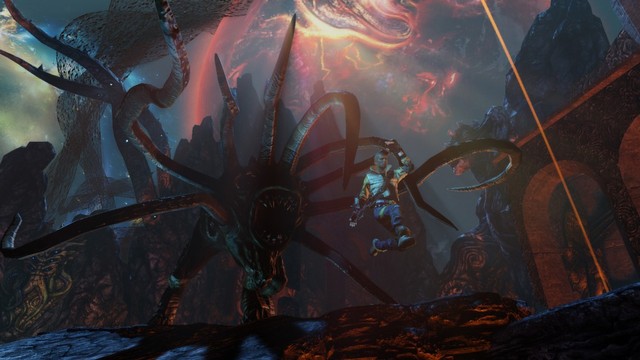