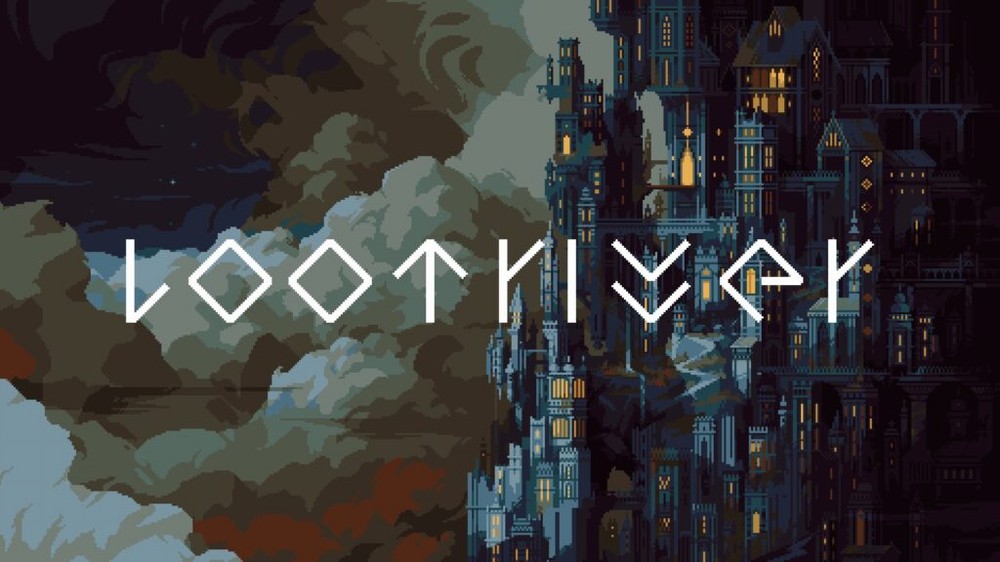 Soulslike and roguelike have become a common household genre over the last decade. Loot River brings both to the table in a very compelling argument of why not both. From the dark atmosphere filled with procedurally generated paths and enemies, to the relentless encounters with the death screen. With a dash of puzzle included, the perfect recipe for a modern indie is born; truly a masterpiece of the “one more time” and “work smarter not harder” mindsets. 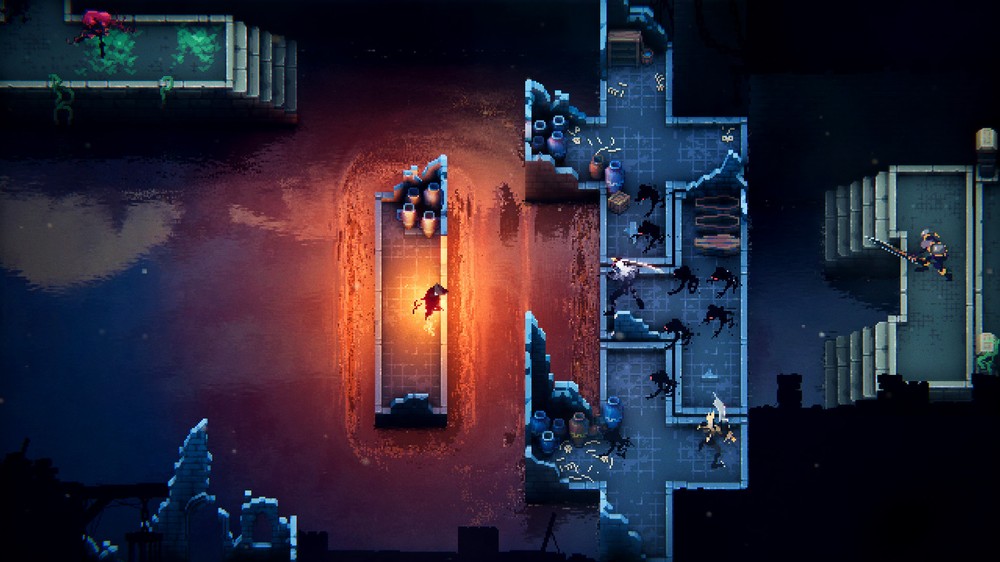 The tale begins with the player awaking on a small raft covered in a small bed and a fire pit in the Sunken Village. The player is trying to explore the crypts of the underground for treasure and lost knowledge. After some basic tutorials, through no fault of the player, you are killed. The player awakens half dead with the promise of eternal life in another world. The player awakens in Sanctuary and begins to interact with the various NPCs who each have their own unique tasks and backstories. The player is then tasked to explore the various alternate worlds looking to free the inhabitants of Sanctuary from their eternal imprisonment.

To navigate these labyrinths, the player must use floating blocks and a little brain power, so sections can become narrow and require you to move the floating blocks like a game of Tetris to find the correct way to navigate. It can seem daunting at times but is an easily mastered task once you have a better handle of the blocks. Once the player has gotten the hang of the puzzle aspect, you can manipulate blocks to work to your advantage against the monsters in the labyrinth. Charging your attack and sliding your block to the enemy block before releasing it is a great example of using your environment for your advantage. 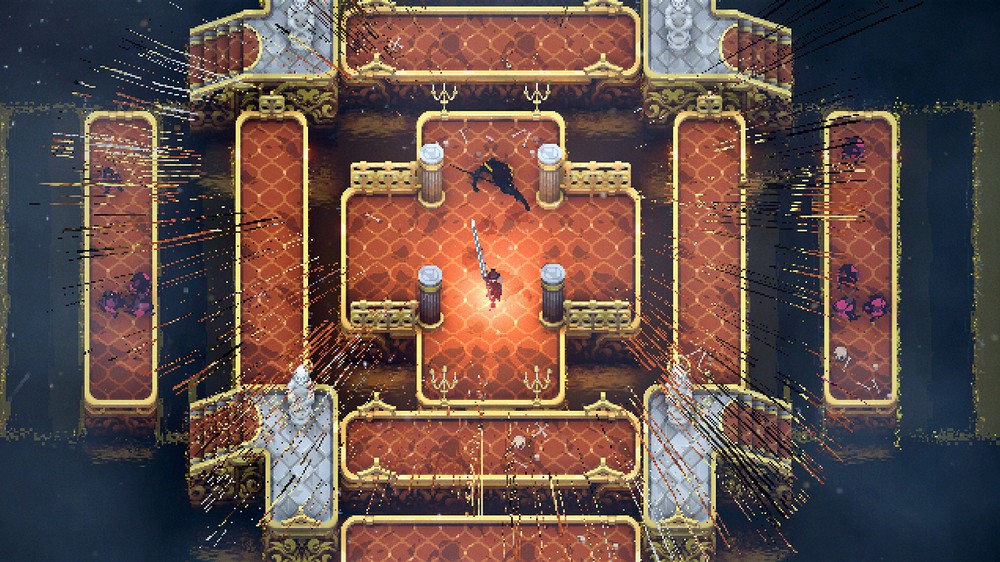 The procedurally generated, block-sliding labyrinths are never the same. One mechanic used to ensure that no two are the same are the artifacts found from defeating bosses. You can use a combination of artifacts that not only switch up how each dungeon is configured, but as well as what monsters are lurking and the equipment they will drop. Each combination is deadly in their own way and should be thought of with caution before going headfirst into battle. It depends on whether players can master the combat of Loot River.

Combat is your basic hack and slash with dodge and parry mechanic. The player will need to learn to parry and dodge to be able to survive some of the more brutal encounters. The dodging mechanic is not the best and takes some getting used to, but is useful, nonetheless. With the previous strategy with the moving blocks, most of the basic enemies become child’s play. Boss fights are a whole other topic. Players will need to learn their attack patterns, utilize blocks, and become masters at parries before they can move on to the next area. With that in mind, be ready to die your first few attempts. 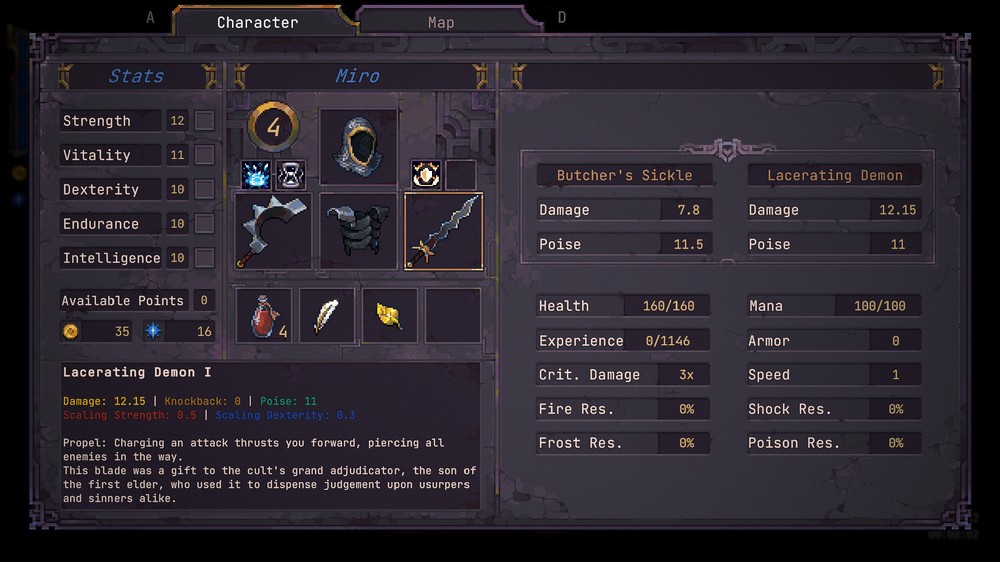 To combat the oncoming waves of death, the player will have to gain knowledge. Knowledge, an in-game currency dropped by dead enemies, are what allow players to unlock better equipment throughout their playthrough. This helps players permanently unlock better equipment through vendors, which helps greatly compared to the player’s stats. Unlocking the equipment does not mean you have immediate access to them at all times. You can do some manipulation to try to get some equipment, but the better stat-based equipment being dropped truly depends on the luck of the drop and what the monsters were willing to give.

The other method to staving off death is leveling up. Leveling depends entirely on the number of enemies players defeat throughout the run. There is one catch. If you die during a run, the player goes back to be a level one with the same basic equipment. This twist is what gives Loot River the Soulslike aspect fans of the genre truly enjoy. Dying in the heat of battle or overcoming every obstacle in each labyrinth leads the player back to the Sanctuary. Which is not all bad for players if they die since it allows them to collect their thoughts, strategize, and go for another attempt. 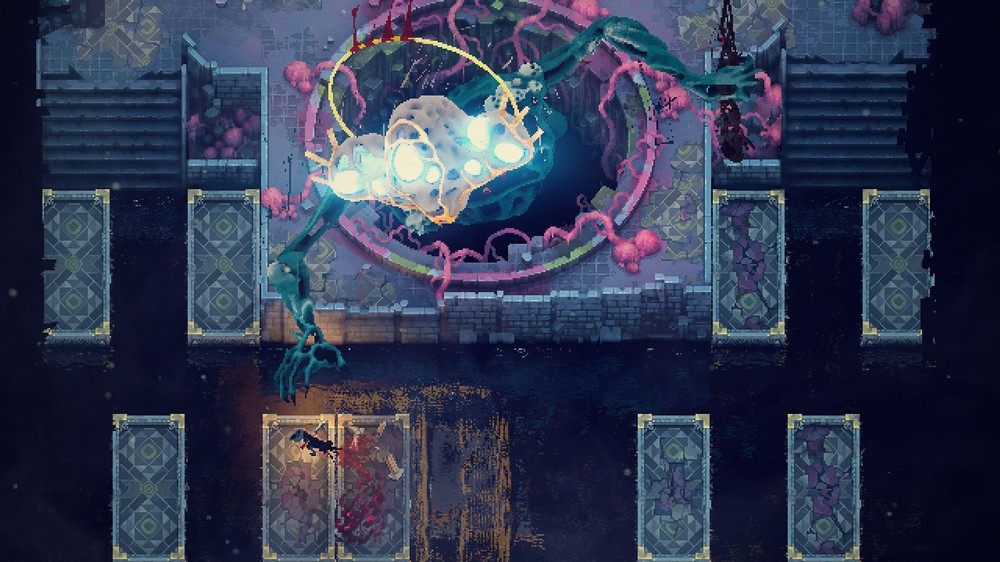 Loot river is a fantastically dark Souls/Roguelike game that uses every ounce of each genre to make an enticing game. From the puzzle mechanic that can be utilized for combat, to the endless replayability with the procedurally generated dungeons. No two playthroughs will ever be the same and the number of secrets to uncover are plentiful. Whether it be in the basking light of success or the overwhelming darkness of death. Loot River is a recommended title for everyone to give a try this spring.