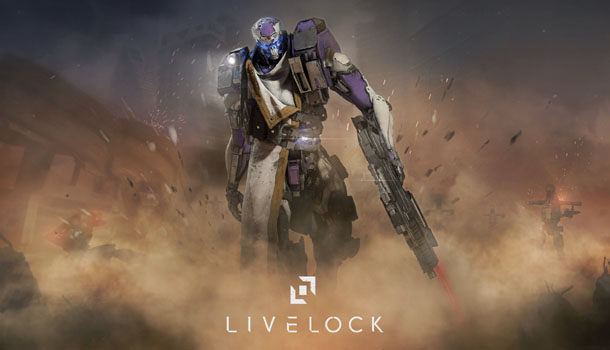 Today, Perfect World Entertainment Inc., a leading publisher of free-to-play MMORPGs, and Tuque Games announced Livelock – a fast-paced cooperative top-down shooter combining intelligent action and unique characters is now available on PlayStation®4, Xbox One and PC for $19.99. A three-pack of Livelock will be available on Arc and the Humble Store at a discounted $44.99 for groups of players that want to play through the top-down shooter together.

Earth has entered the age of the machine. Following a devastating cataclysm that wiped out all organic life, Clusters of corrupted machines now wage an infinite war against each other for what’s left of the ravaged planet. Players will control one of three Capital Intellects – Hex, Vanguard and Catalyst – large and powerful mechanical chassis, each loaded with their unique consciousness. Livelock arms players with a diverse arsenal of weapons and special functions that the awakened intellects will use to fight the Clusters of corrupted machines. Break the cycle of infinite war and forge the fate of humanity.

Livelock’s features are listed below:

HUMAN INTELLECT vs ARTIFICIAL INTELLIGENCE: Turn the difficulty up to Singular and battle against an A.I. that has evolved over centuries with the sole purpose dismantling you as efficiently as possible.