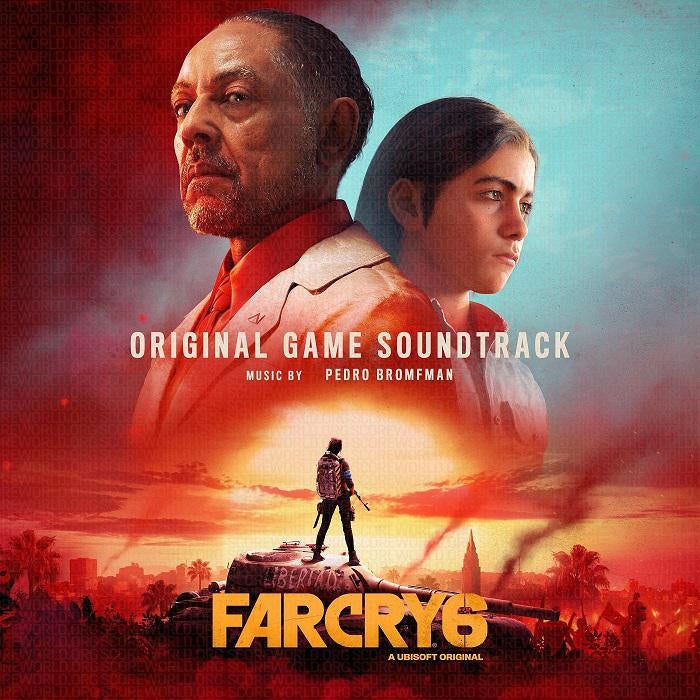 Today, Ubisoft announced that the Far Cry®6 Original Game Soundtrack is now available worldwide on all major music streaming and download platforms. Composed by the award-winning Pedro Bromfman (Narcos, Robocop), the soundtrack breathes life into the tropical paradise of Far Cry® 6 with each of its 21 tracks.

Inspired by multiple music styles and Latin cultures, Yara is an island frozen in time in the heart of the Caribbean, where listeners will experience dynamic melodies that set the tone of the game and its distinct regions. The Western region is filled with acoustic melodies, while the Central region has a unique blend of urban music and hip-hop elements, and the Eastern region features heavy industrial sounds.

“The album is based on a very modern score, drenched in lush soundscapes, driving percussion, processed organic instruments and a ton of synthesizers. We tried to capture the soul of Yara, and its characters, by rooting the score on traditional Latin American and Caribbean music, while being completely free to experiment with contemporary sounds, elements and techniques, in hopes of creating something very fresh and unique,” says Pedro Bromfman.

Featuring Libertad, the theme for Yara’s revolution, players will feel the pulse of Yara’s revolution building throughout the entire soundtrack starting from El Presidente to the final track, Antón.

Led by Ubisoft Toronto*, Far Cry® 6 will release worldwide on October 7, 2021 on Xbox Series X | S, Xbox One, PlayStation®5, PlayStation®4, Stadia, Amazon Luna and for Windows PC exclusively on both the Epic Games Store and the Ubisoft Store as well as on Ubisoft’s subscription service, Ubisoft+.