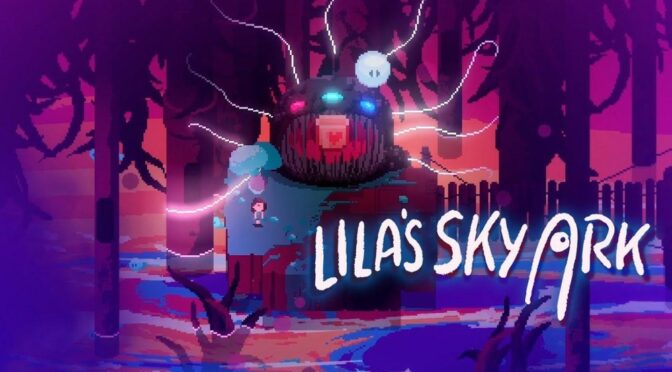 A developer’s second game can land somewhere between sophomore slump and finding a rhythm. In the case of Lila’s Sky Ark, a pixelated action-adventure Metroidvania from Monolith of Minds, the developer has found the perfect blend of combat and puzzles and mixes them with an interesting world and an original game soundtrack that rivals some of the best music in the indie game scene.

Lila’s Sky Ark is a prequel to Monolith of Mind’s first game, Resolution, but fret not, the world and story stand on their own if you have no knowledge of the previous game. The titular Lila is tasked with saving her psychedelic world from a music-obsessed army. In the background, players collect letters written by Lila, to someone from her past. I won’t give anything away, but these letters offer a bridge to Lila’s life. They explore themes of depression and loss and actually feel like a letter someone would write and not just a random game pickup you find in the world. 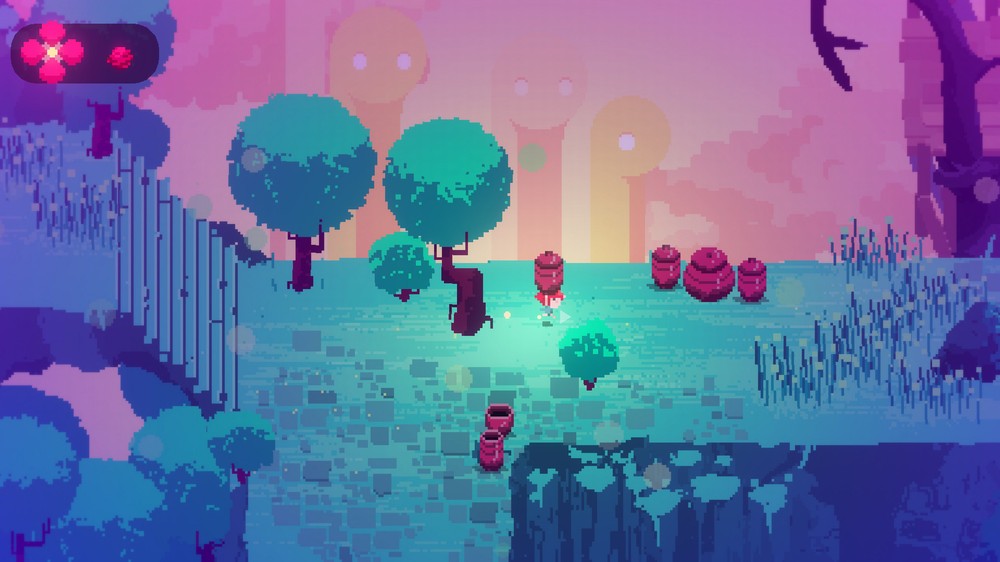 Exploring four different biomes, players face off with enemies throwing different items and creatures they pick up throughout the environment. This “living ammo” is stored in your backpack and can be pulled out and used at any time. It’s a spin on combat that calls back to the live ammo of Oddworld: Stranger’s Wrath. Each pickup is documented in your compendium, but each type of ammo’s usefulness becomes more apparent with a toss. I have a small gripe about inventory management. You can only carry so many things in your bag, which is fine, since the game has upgrades that up your inventory capacity. My gripe comes from story-based items being a part of your ammo inventory. Cycling through, looking for the right ammo, just to land on a Sad Peanut you can’t use, slows things down. You can open an inventory wheel and pause the gameplay to find the ammo you need, but it feels like there could have been a second menu for your story-based items. 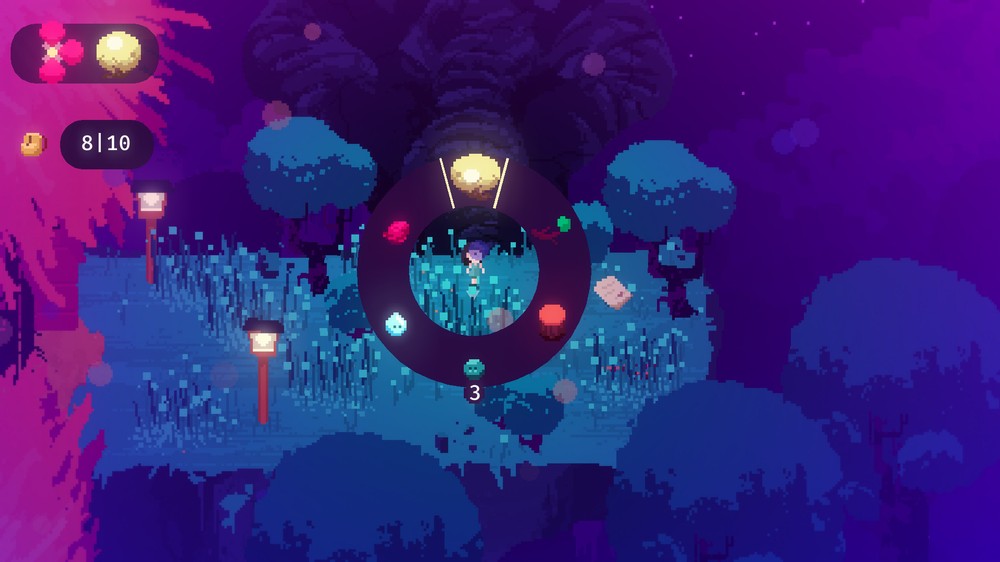 Ammo types vary across the board, with your single use pots and crates that do low damage, to smiley faces that spread out and deal small amounts of damage across a bigger area, like a shotgun. Also available are recipes that can be used to purchase non-perishables. My personal favorite being Hatted Boot (yes, it is exactly that) which gives you a fast speed boost when equipped. These additional items aren’t necessary to complete the story, but they do add some variety in getting around and how you approach combat.

On the length side, you can run through Lila’s Sky Ark in about an afternoon. My playthrough in which I got stuck a few times and also did some side exploring, took me around seven hours to complete. It’s not bad for the asking price of $14.99. There is a moment in the game where you think it’s about to end but there’s actually another hour to go. It’s in this section where it is easy to get lost. The game has some small hints to try and help guide you, but if you’re not on the same page with the game in those moments, it can leave you banging your head. It’s nothing too drastic though, a few of those moments left me slapping my head when I realized what I was doing wrong. 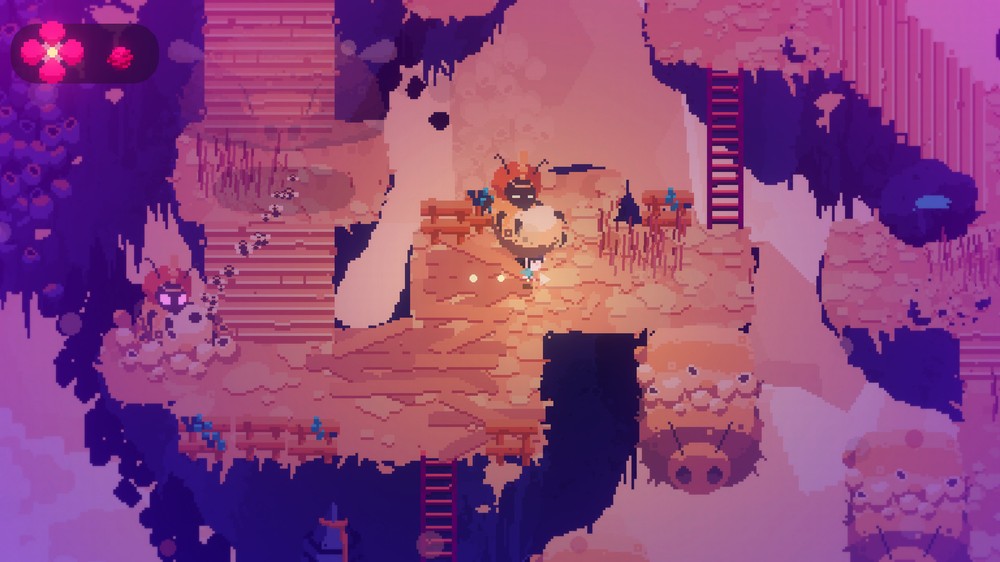 The Metroidvania aspect of Lila is on the lighter side. There are only three items you gain throughout the story that push your progress forward. The Boneroot gives you the ability to pick up heavier objects blocking your path. The highlight of these items is the Banshee Streak, which not only grants progress but changes a core aspect of the gameplay. It’s a welcome change as you head into the last stretch of the game. On the other end, the Copper Feather, an item which lets you jump gaps, can be a bit touchy. In one area, I tried to mind a gap that required me to jump into a waterfall. It took me numerous attempts to get the jump to work properly. The annoyance is heightened when moving platforms are added to the equation. Thankfully the segments where the Copper Feather is a necessity are sparse. 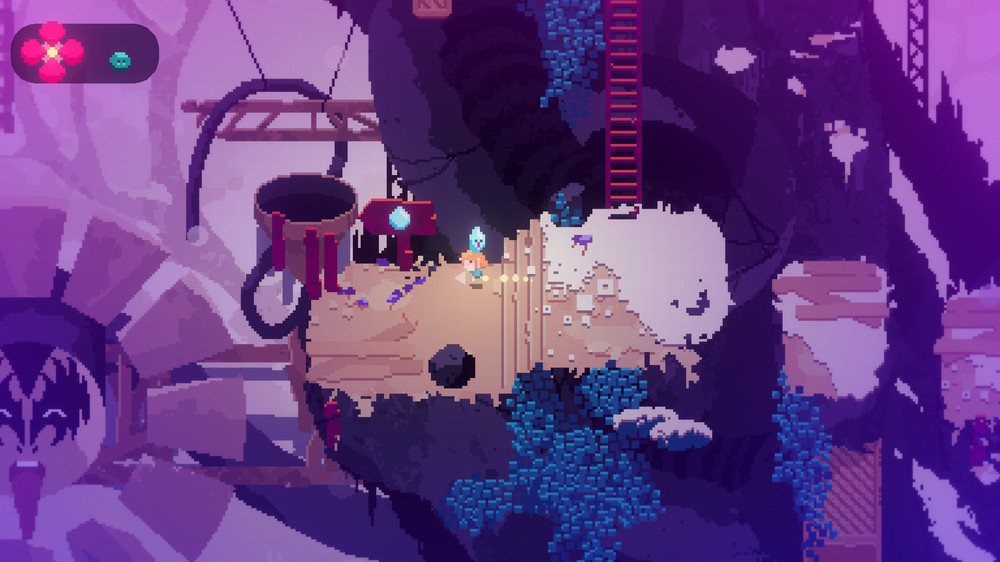 Enemy variety in the game is a mix of wildlife and music-based enemies. The wildlife has taken a cue from Avatar: The Last Airbender and combined critters into even cuter versions, the best being the Slug Cats (Slats?) in the mountain region. Musical enemies bring an ensemble of instruments to the fight, my favorite being the brass goon that attacks you with notes from his trombone. But what really takes center stage are the boss fights, literally. They are all music based and all rock in their own way. One breaks out into bullet hell while your ammo is limited to whatever falls from the ceiling. Each brings a unique challenge but won’t wipe the floor with you. This is where learning the ins and outs of your ammo will come into play, with you cycling through to find the best ammo for each situation. My only complaint about the bosses is that there is no boss rush mode at the moment. These boss fights are built for replayability and I’d love to see this mode introduced down the line.

While exploring the world, you’ll be treated to what I believe is the best original game soundtrack of 2022, and one that will be held up years from now along with greats like Fez and Inscryption. Tracks like Spirit of the Mountain and Spirit of the Sky invoke a sense of adventure and wonder with their long, synth-heavy notes. While The Real Catslug God and The Drummer capture the feel of the boss fights with their hectic guitar riffs. There is not a wasted note in the whole album. When the inevitable Game of the Year discussions start up at the end of the year, Lila’s Sky Ark will be turning some heads in the music categories. 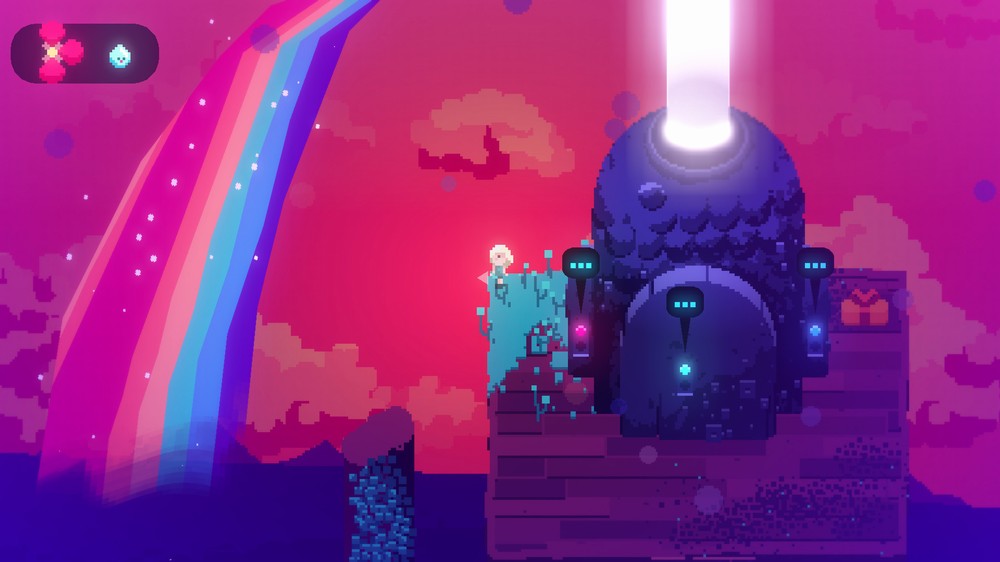 Lila’s Sky Ark was not on my radar heading into the year. I don’t think it’s on many radars. To think of all those people missing out on the colorful world and creatures, the challenging and rewarding boss fights, and the ear-catching original soundtrack, that’s a damn shame. To say the least, those lucky enough to find this gem are getting a game from a developer that has found its voice.