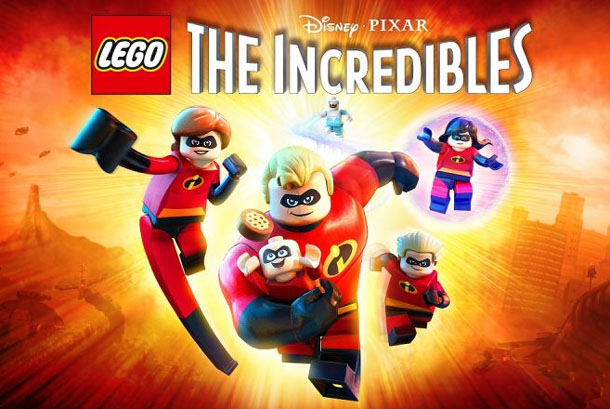 Oh no. Disney Pixar? You married Disney Pixar? And got biz-zay! It’s an entire game of LEGO Disney! Looks like I hit the jackpot!

LEGO The Incredibles picks up exactly where the first movie left off (and the second movie begins), taking on the Underminer! This is a fantastic way to open the game by saving Municiberg. It is a smooth action-packed beginning to a game that we have waited 14 years for. From there you get to experience aspects from both movies. I strongly suggest that if you haven’t seen Incredibles 2 you will want to wait on playing this game (major spoilers) until you have seen the movie.

After playing so many LEGO games I am always looking to see how the next one will separate itself from previous games. LEGO Incredibles definitely has moments where it stumbles, but it does have some areas that shine. The biggest areas I had issues with this game are the level order, length of the game, media cut scenes, boss battles, and voice acting.

While I stated that the opening level of the game is fantastic and it was a truly awesome way to open the game, you continue to play the next five levels all based from the sequel movie. Once you defeat the Super Villain you travel back and play the next six levels from the first movie. Tt and WB do tie it together the best they can with it being a flashback, but it just doesn’t feel right. The levels don’t feel even either. Some levels are very long with multiple puzzles while others seem to be shorter and more straightforward. Overall, this game seems to be on the shorter side when compared to other LEGO games. Most LEGO games have 15 levels while Incredibles has 12. I consider myself to be an above average gamer and I was able to platinum the game in 24 hours of gameplay. 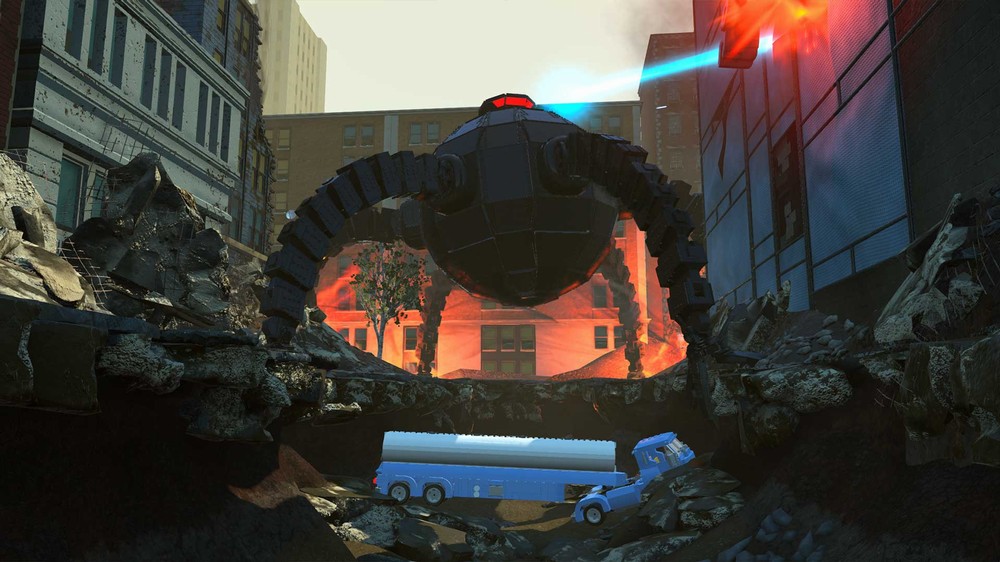 Once you reach the open world a district will show up with crime waves, and if you happen to walk into that district limits it doesn’t matter what you might be doing you go into a cutscene that you can’t fast forward through. You also can’t fast forward through the cutscene after you complete all aspects in the district (crime waves and boss battles). There were plenty of times I was doing races in the street, air, or water that took me into the district with crime waves and the cutscene came up and took me out of the race forcing me to start the race over again.

The boss battles in both the story mode and open world mode seem very similar and repetitive. Run around while you dodge objects that drop, fight off evil henchman, and do that until the boss gets tired and dizzy then attack them. Complete these actions three times and you defeat the villain. After doing this for all the districts in Municiberg you start to get bored of the same thing from your LEGO franchise. One cool feature in this game is after you defeat the bosses they are sent to prison and you can view them behind bars.

The voice acting is hit or miss depending on the character you are playing with or whoever is in the cutscenes. I am struggling with the stand-ins. I loved the first movie so much (didn’t see the second before playing and the movie was ruined) and hearing other voices in the iconic roles just didn’t stand up. The southern accent with Helen Parr (Elastigirl) really bothered me every time she spoke. Frozone and the rest of the Parrs were close to the original voices but you could still tell in moments that they were not. Most of the lines were exactly from the movie so I am wondering why they couldn’t just use those voices and then continue to use the same actors. It is a small detail, but to a lot of the diehard fans it would have enjoyed this aspect a lot more. 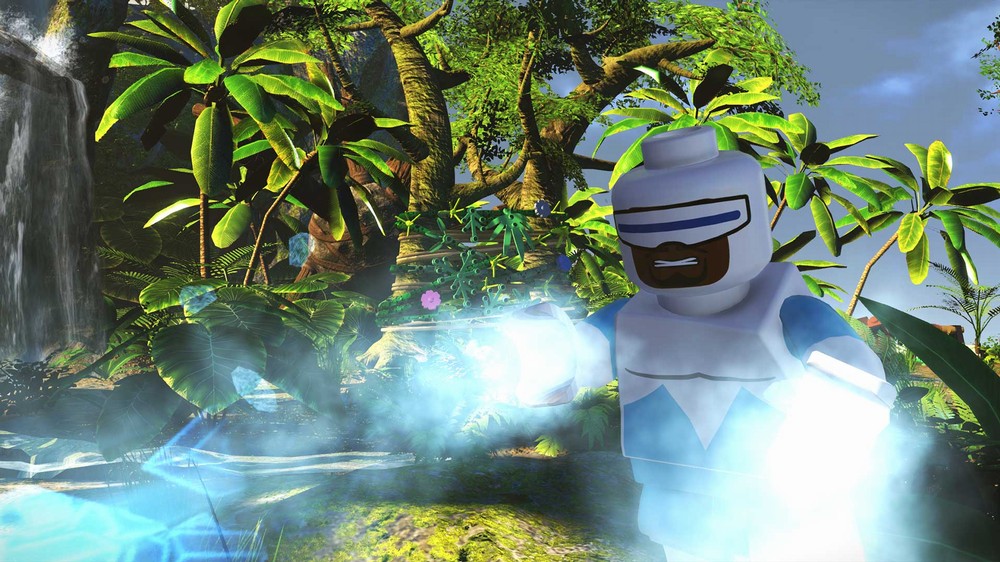 Despite all those issues LEGO The Incredibles does shine in many areas. One is by adding districts to the city of Municiberg that you go through and clean up the crime waves. You get to team up with the police and do crime fighting like you’ve always pictured you would if you had super powers. This game does an amazing job of transitioning from story mode to open world. The added features in the districts are amazing. I love that you can go through the new Parr home and explore Edna’s home and lab where she creates all her “Super” things.

Family builds are another addition that bring more of a team feel to this game over previous games. Family builds involve two or more team members to put together something that will help you out in an environment or build something that unlocks other Pixar Characters for access to red bricks. A nice twist to the family builds is that depending on what character you involve in the build it effects how fast they build or lose the buildup. For instance, Dash is super-fast at building but his build deletes faster. Jack Jack takes longer to build up but holds his build longer. There are times you have up to four people in a build at one time, so you must figure out how to get all four characters to hold their builds at the same time. 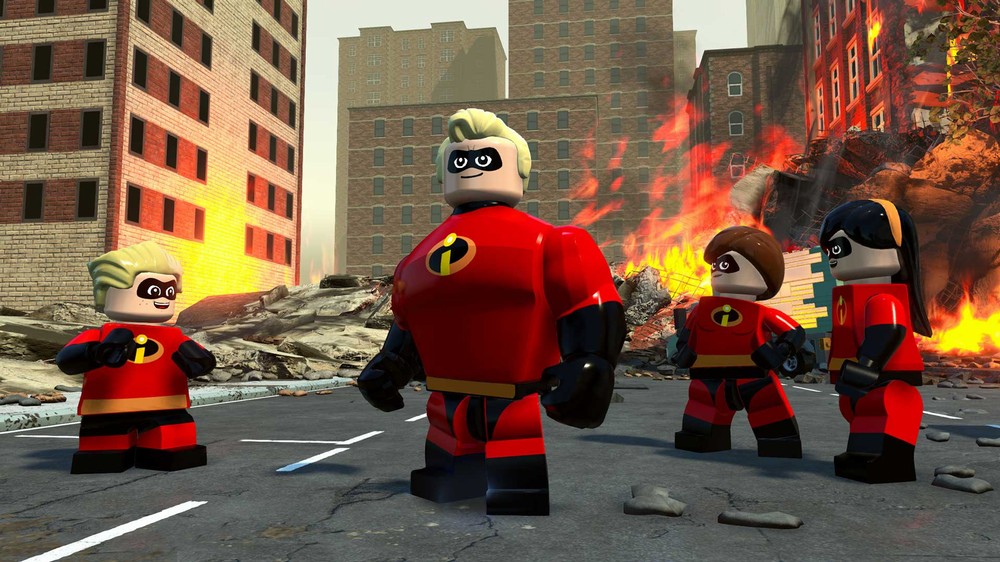 The levels are amazing from start to finish. I know I stated that some feel longer than others but they all look amazing and are just fun to play and replay. This game uses the three tiered levels very well (bottom of the screen, middle of the screen, and above what you see on the screen) and finds ways in every level to have you interact with each section. The way the levels are designed to work with the characters is beautiful. One awesome example is that you use Elastigirl to turn into a piece of a track to allow Dash to run along the building to collect building blocks to move through that part of the level. The colors stand out (so much red) and really show a lot of detail you don’t always see in LEGO games.

From start to finish LEGO The Incredibles does deliver more on its pros than it detracts on cons. Fans of The Incredibles or LEGO games in general will enjoy the gameplay throughout your experience. The characters are enjoyable to play and you will want to try and play with as many as you can instead of just using a handful to complete all tasks. The $60 price tag is very high for this game, especially when the PC version is $20 less. Due to the short length of the game, and if you haven’t seen Incredibles 2 yet, I would recommend waiting for a sale or price drop to $30. That time will allow you to see the movie and really feel you get the biggest bang for your buck.