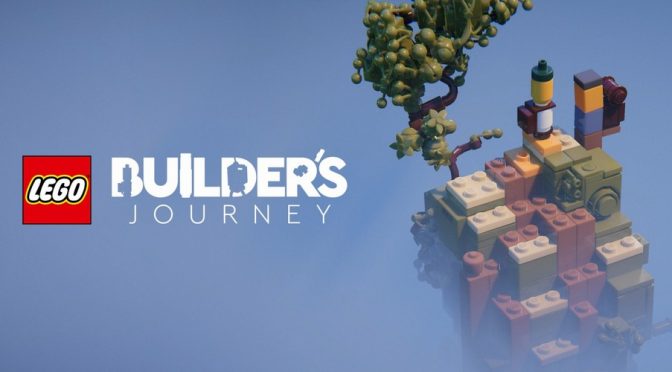 I love LEGO.  I grew up with the plastic bricks, I own every single LEGO game, and I’ve seen every episode of LEGO Masters, so I was pretty excited when I heard about LEGO Builder’s Journey.  Created by Light Brick Studio, this new puzzle game sounded like a great idea; solving puzzles using LEGO pieces.  After all, every other LEGO game I had played up to this point was asking me to smash and destroy environments to collect bricks.

One of the big draws for me was the support for ray-tracing that brings these bricks to life unlike any other game before it.  You feel like you could literally touch and manipulate these elements with your fingers.  Shiny water pieces reflect other parts of the level, and real-time light comes into play for light and dark scenes and even one LEGO that acts as a moveable spotlight.  The game still looks fantastic if you don’t own one of the new ray-tracing video cards but activating RTX features in the graphic options adds a noticeable level of improvement turning a game into reality. 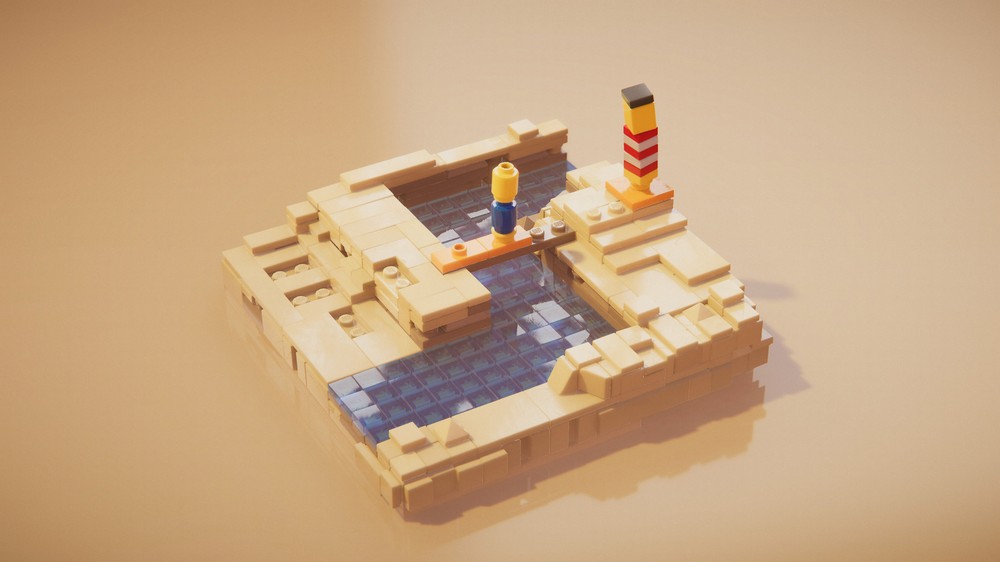 Unfortunately, while LEGO Builder’s Journey is a visual masterpiece there were several obstacles that detracted from my childlike wonder almost immediately; first being the controls and interface.  The entire game can be played with a mouse and the first few scenes teach you everything you need to know on how to play.  Click a piece to pick-up then future clicks rotate that pieces 90 degrees and clicking and holding will snap the piece in place or drop it if you aren’t positioned over a valid connection.   My big issue is being able to line-up the pieces properly.  The 3D perspective combined with any lack of visual cues had me frequently connecting to wrong studs or even worse, dropping the brick entirely forcing me to scramble to click on it again before it tumbled off the bottom of the screen and wait for it to reappear.  This could all be solved with something as simple as a ghost outline showing where the brick would be attached. 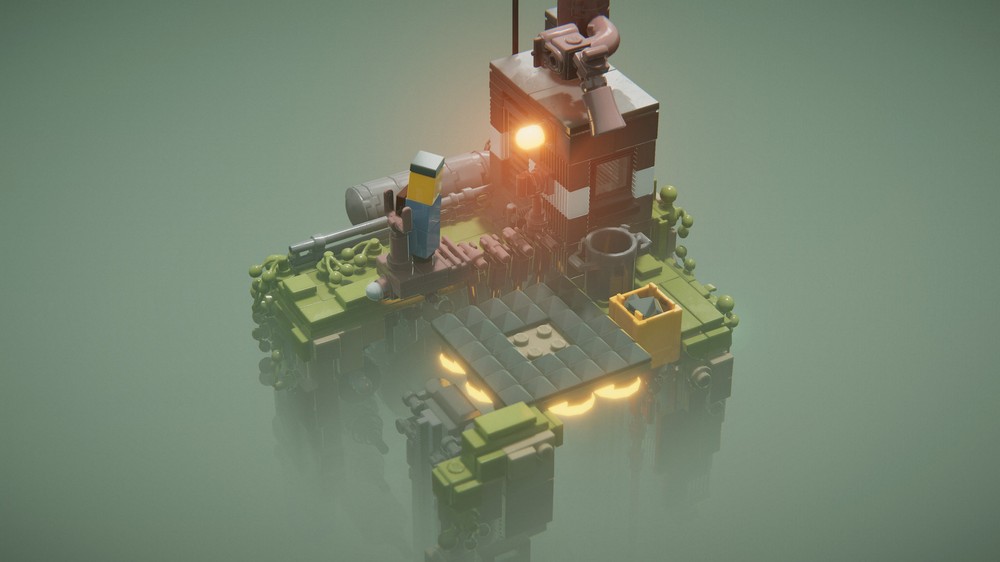 LEGO Builder’s Journey has very limited camera controls so even changing perspective couldn’t help me.  You can drag your mouse to pan around the screen but only about 120 degrees.  You can’t fully rotate the puzzle and there are no zoom controls to allow you a better view of the situation or just appreciate the graphics closer up.  To make matters even worse if you do adjust the viewing angle the game will automatically reset the view back to default after a few seconds.

If you are able to overcome these visual caveats then you might find some enjoyment with LEGO Builder’s Journey.  Personally, I found the entire game rather boring with puzzles that were overly simplistic or not even puzzles.  The game provides you with the pieces needed to build whatever object or bridge you need to get from A to B and advance to the next puzzle scene.  It was really weird to see these loving crafted scenes swept away after only one or two clicks on some of the easier puzzles; the time of creation versus their appearance onscreen vastly different. 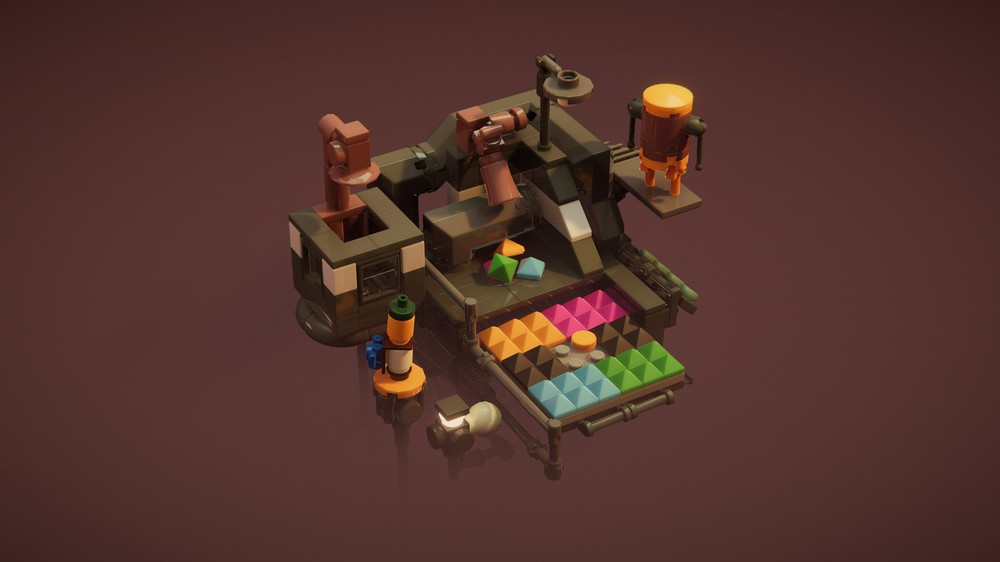 There appears to be a story being told in LEGO Builder’s Journey, but I’m still a bit unclear on what it is.  Presented as a silent movie of sorts we have what I assume to be a father and son on a camping trip, and once they return home dad keeps getting called into work at the nearby LEGO factory, meanwhile the son builds a LEGO robot in the basement then gets stuck in the factory so dad has to rescue him but then the son and his robot have to rescue dad…it’s all very confusing and quite unnecessary to the enjoyment of the game, which is all about solving a few dozen puzzles.

The basic premise of the game quickly became boring about ten levels in and only started to get interesting when the game introduced new concepts like playing in the dark having to position a LEGO spotlight in certain positions and angles to reveal the level.  Much later in the game there are some cool puzzles involving creating your own LEGO pieces using a machine to duplicate whatever piece you have on a scanner.  And my favorite puzzles were at the very end where your robot would only dispense single stud pieces and you had to place them on the level adjacently to create bigger and more useful pieces. 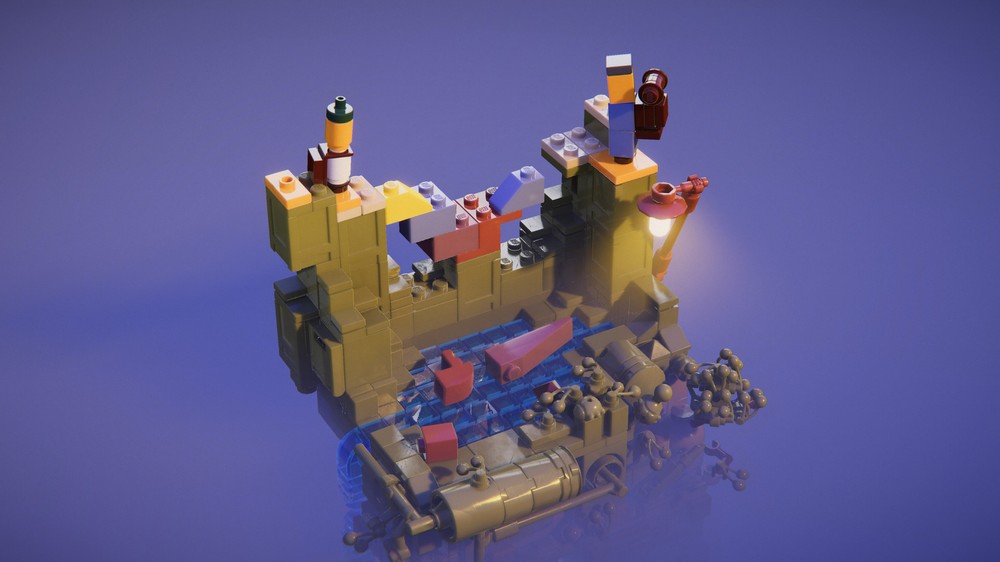 Despite the charming visuals, soothing music, and almost Zen-like approach to gameplay I was always taken out of any joyous moment with the controls and my inability to accurately place pieces.  There were a couple of puzzles that required very fast timing and precise LEGO placement to get your character across moving machine parts.  These would have been great if I hadn’t died so many times due to poor controls.  Even moving your character can become quite tedious since you have to move these orange stepping bricks one after the other to move him along.  On one level I manufactured a dozen of these bricks and had the entire path lain out but the character only moves after placing the piece, so I literally had to pick up and reattach each piece to move him forward.  There are a few levels where your character is wearing skates and you get to build a train track-like path from start to finish out of smooth tiles then watch him skate to the end. 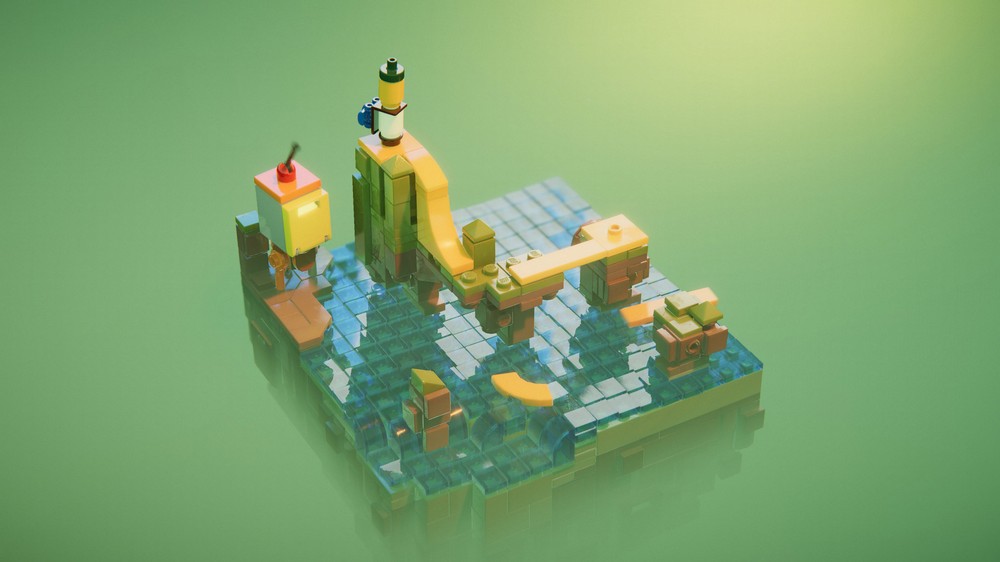 LEGO Builder’s Journey is equal parts pain and pleasure.  I love seeing how realistic LEGO can look in a game and I hope to see this level of quality in future LEGO action games, but for me this was more of a proof of concept tech demo.  You can finish the game in 3-5 hours but there is no reason to ever revisit.  A sandbox mode would have been awesome; something to just let you build your own creations from infinite LEGO pieces, but considering the abysmal controls this feature would also be cruel in the game’s current state.

Thankfully, there is nothing wrong with this game that can’t be fixed in a future patch or update, but until then, $20 for a few hours of awkwardly snapping LEGO pieces into environments somebody else had all the fun making seems like a bad idea.  Even LEGO enthusiasts such as myself might want to wait for a sale because LEGO Builder’s Journey is a better RTX demo than an actual game.

You can check out the first hour of the game in our RTX video to see the graphics, hear the music, and watch me struggle with snapping pieces together.