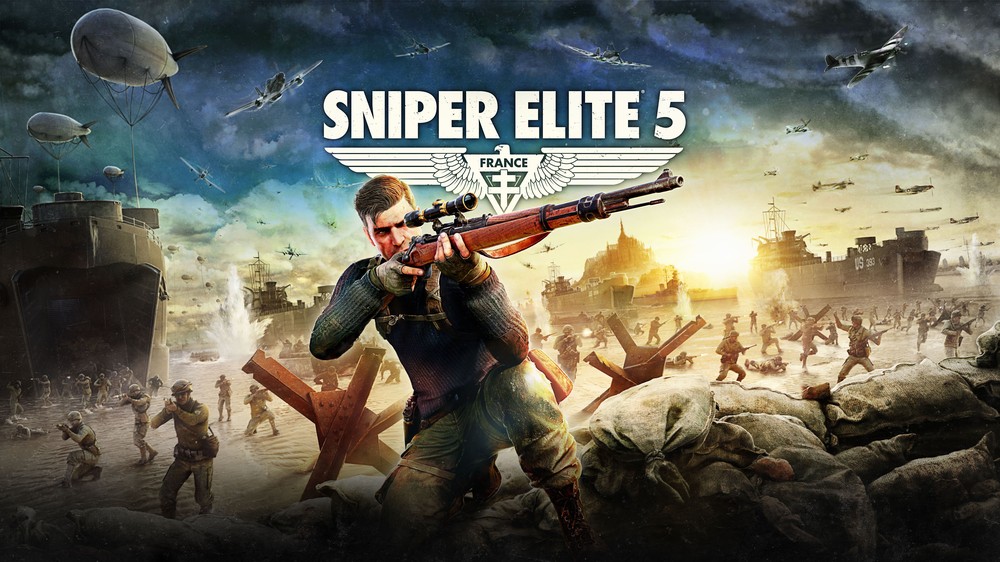 Rebellion, one of the world’s most successful independent video games developer and publisher, has today launched new content for Sniper Elite 5 including the new Landing Force mission, D.L. Carbine rifle and PPSH submachine gun weapons pack and a free adversarial multiplayer map entitled Flooded Village. Available now for Xbox One, Xbox Series X|S, PlayStation 4, PlayStation 5, Steam and the Windows Store, the new Landing Force Mission and Weapon Pack forms the first content drop for Season Pass One and is also available to purchase separately. Meanwhile, the Flooded Village multiplayer map is playable now on all multiplayer modes, including No Cross, free of charge.

Check out the new trailer showcasing the content in the Landing Force Mission and Weapon Pack, as well as Flooded Village:

Developed by Rebellion in partnership with Flix Interactive, the brand-new Landing Force mission is inspired by the movie “The Guns of Navarone.” Set on an island off the coast of Southern France, the Nazis have installed a huge gun battery into the mountainside which is preventing the Allies from invading the South of France. Karl Fairburne is tasked with destroying these huge weapons under the cover of darkness before signaling the Allies that they are safe to begin Operation Dragoon. The island encourages the players to explore with a variety of different buildings, scenery and landscapes as well as ancient ruins, forts, walls and abandoned structures.

Also included in the pack you will receive the D.L. Carbine rifle and PPSH submachine gun. The D.L. Carbine is one of the quietest weapons ever created – making it the perfect addition to your Sniper Elite 5 arsenal as it can eliminate enemies at long range with minimal noise. Meanwhile, the PPSH is a bombastic submachine gun that can fire off rounds at an incredible rate, making it an ideal get-out-of-jail card for when things go wrong.

The Landing Force Mission and Weapon Pack is available now as part of Season Pass One costing $34.99 or as a standalone purchase for $14.99. There will be three further content drops in Season Pass One.

Free to all players, Flooded Village is a new multiplayer map that draws inspiration from images of Normandy during the events of D-Day as the Nazis opened locks and breached flood defenses in an effort to keep the Allied Forces at bay. Featuring great vantage points ideal for sniping as well as lowlands, flooded houses, a railway bridge and a causeway, Flooded Village offers a unique challenge for team-based and solo multiplayer. It is available now in all multiplayer modes, including No Cross, via the latest title update.

The P.1938 Suppressed Pistol, previously only available as pre-order content, is also now available to purchase for $3.99.

The critically acclaimed Sniper Elite 5 is the latest game in the award-winning franchise and is available now on Xbox Game Pass, Xbox One, Xbox Series X|S, PlayStation 4, PlayStation 5, Steam and the Windows Store. Developed by Rebellionm Sniper Elite 5 offers an unparalleled tactical sniping experience as you fight your way across the most immersive maps ever featured in the series, with many real-world locations captured in stunning detail.