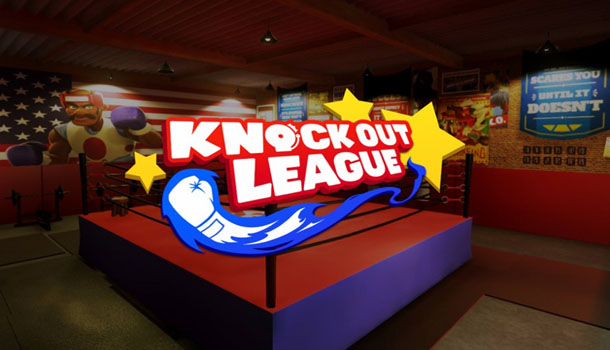 “Knockout League” gives players an arcade-style, full-body VR boxing experience. Players dodge, block, and attack their opponents with complete 1:1 tracking of their movements and punches. The goal is simple: knock out each opponent before time runs out.

“Knockout League” spent much of 2017 in Steam’s Early Access program where player feedback and aggressive product updates resulted in a final offering that features a crazy cast of 9 unique characters across 3 fighting circuits, each with their own fighting styles, moves, and behaviors. With each win, players unlock the ability to challenge themselves against stronger, faster, and tougher versions of each fighter, complete with additional moves and tougher mechanics.

“Knockout League is a fantastic game that truly brings the physicality and excitement of VR to life,” said Joel Breton, GM of Vive Studios. “At Vive Studios we are focused on building a strong ecosystem for developers and consumers alike. Knockout League is our first title to hit all major VR platforms and we are thrilled to bring this action-packed game to the greater VR community.”

In addition, the game features training modes that include hitting the speed bag and focus mitts, where players can work with an in-game coach to improve their skills and stamina. Going for all those trophies is a serious workout, so “Knockout League” is the first game to include a calorie tracker for every activity to show players how their sweat and hard work is paying off. Players in PC Early Access have already burned over 3.5 million calories! That amounts to about 1,000 lbs!

“Knockout League” is priced at $29.99 and available now for download on PSVR, Viveport, Oculus and Steam stores.