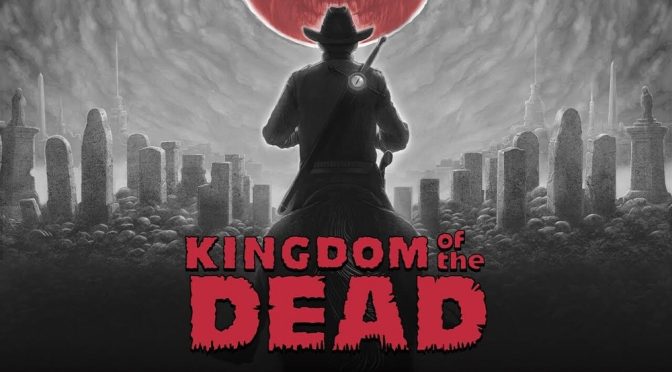 KINGDOM of the DEAD spits in the face of modern shooters, turning away from design norms like regenerating health and legendary weapon pickups. Developer, Dirigo Games instead, makes their full length debut a love letter to the DOOMs, Wolfensteins, and Quakes of the 90s, blending fast-paced carnage and increased difficulty with an art style that sucked me in. The result is a throwback shooter that despite its flaws, continuously surprised me the further I got into it. 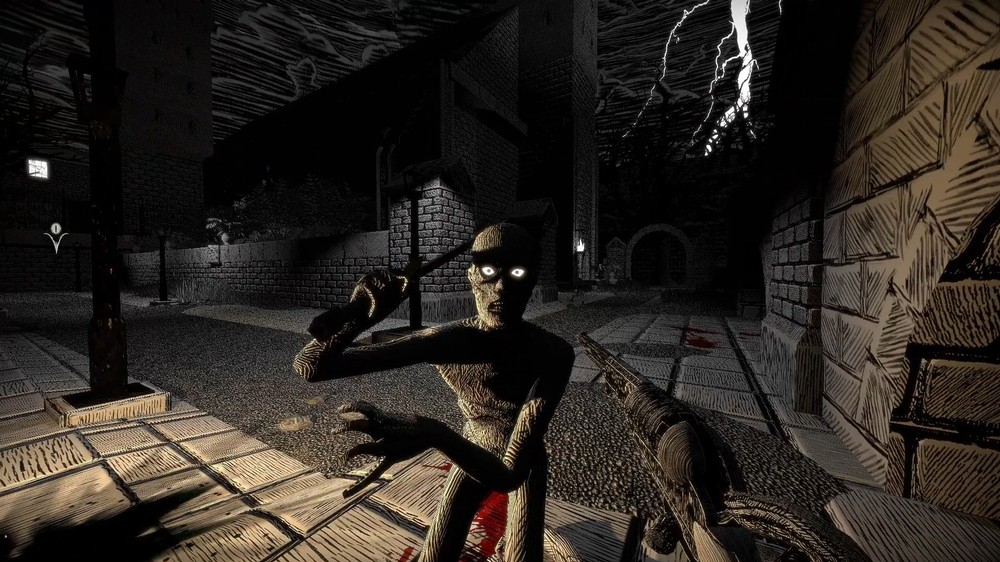 Unlike its 90s influencers, KINGDOM of the DEAD looks amazing, thanks to its hand drawn art style. The pen and ink drawn environments are the star of the show.  Pitched as “Hand Drawn Horror” by the developer, it’s a label the game comes by honestly. The ink black skies of outdoor areas create a Lovecraftian vibe, as you wonder what goes bump in the night around you. Interior area’s pitch-black corridors give a sense of claustrophobia and really sell the turn-of-the-century, 1900s vibe the game is going for. One standout level is the tanker ship where things go from a wide-open deck to the dark cramped crew quarters in a matter of minutes. The level is escalated into greatness the deeper into the ship you go (no spoilers here).

The black and white environments are occasionally broken up with some splashes of color. These come in the form of ammo boxes, the objective gates, and parts of the enemy (including their blood). These are all welcome additions and don’t detract from the art style. The eeriness of each level goes into overdrive when the blue and yellow eyes of enemies stare at you from across the map. There were moments where an enemy’s blood tracked along with me through some areas, but I was so busy with undead onslaughts, the issue didn’t stand out too much. 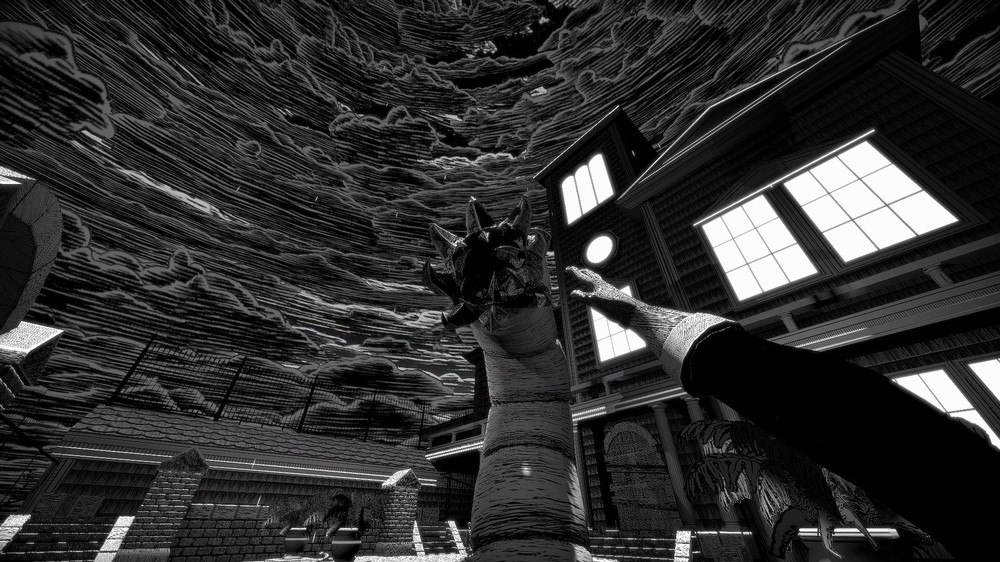 The dead have returned to roam the Earth and they need to be put back in their final ‘final’ resting place. Tasked with this is the player character, college professor turned GATEKEEPER sleeper agent, Agent Chamberlain. Just like DOOM Guy and BJ Blazkowicz before him, Chamberlain mows down endless hordes of enemies single handedly. Filled with 22 different types of enemies, the game keeps things fresh with a mix of enemy combos as you run through each level. The enemies really do complement each other as they try to take out your one-man army. In one fight, I found myself bouncing between church pews as dog-like enemies gave chase and blue-eyed warlocks shot projectiles from all around the room. In another fight, a giant eyeball shot projectiles from a nearby rooftop as multiple birds swooped at me from every direction. The game isn’t shy about throwing bigger hordes at you in its higher difficulties either.

The story here is basic. What you’re really here for is the run’n’gun gameplay that created a whole genre. All the arsenal mainstays from FPS’ past like the shotgun, rifle, and gatling gun are accounted for. There’s also a talking sword if you have an itch for a melee playthrough, but even with a special ability that sets enemy groups on fire, it pales in comparison to its bullet spitting brethren. The variety of weapons is fine, but I was left desiring an “it” weapon. The one that stands out above the others; the equivalent to DOOM’s BFG or Quake’s Rocket Launcher. Also, there were some instances where I felt my perfectly placed shots weren’t hitting. This stands out especially when fighting the aforementioned giant eyeball. It takes a few shots to bring it down, but there were plenty of times where I struggled to see if I was actually doing any damage in the gunfight. 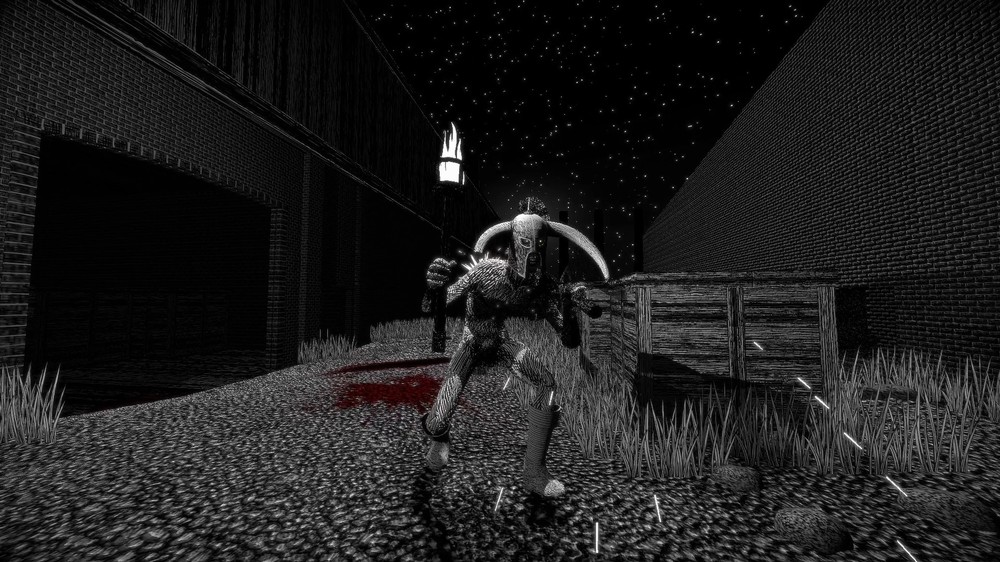 Chamberlain’s university office serves as a central hub in the game, where players can choose their next level and track completion stats across the game. All stats are tracked by the difficulty each level is completed on, adding replayability, as you try to complete levels faster and faster. Saves in the game are a touchy subject. If you start a level, you need to complete it prior to closing the game, or else you’ll lose all progress in that level. This isn’t a deal breaker since levels aren’t crazy long. It stings a little more when you realize all the extra health you gained has been lost upon booting the game back up again, an inconvenience when it comes to fighting the game’s bosses.

After fighting the same boss across the first two levels, I was certain the dev team phoned-in the remaining bosses to focus on the art style. I could not have been more wrong. The early gaffes were immediately rectified with some challenging fights and some pleasant surprises when it came to the structure of the boss and how they played into the level. They’re not all bangers, but when Dirigio gets it right, they hit the perfect blend of fun and challenge. 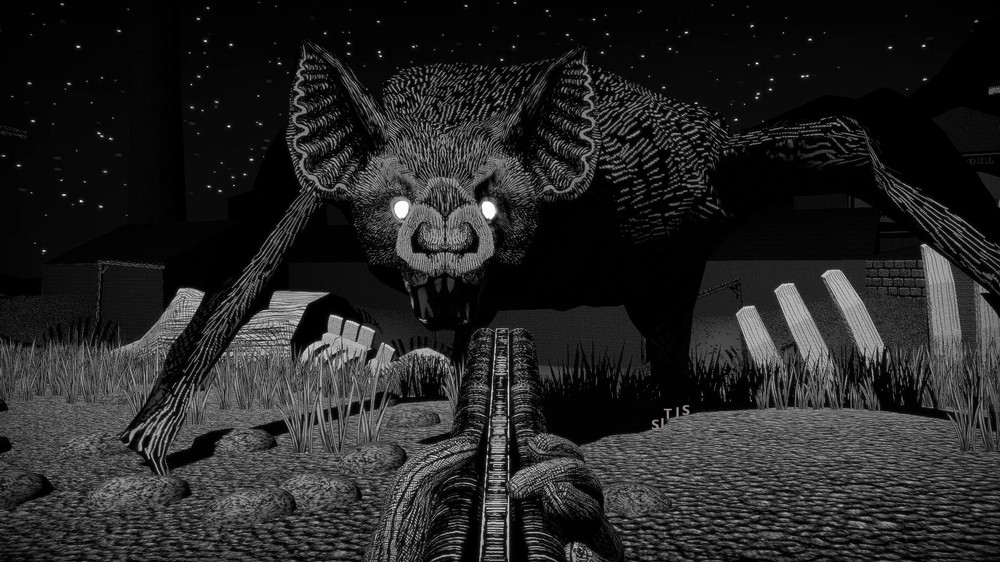 Hats off to Philip Willey for the amazing music. From the chaotic opening theme to the broody dungeon crawling tracks, there is not a wasted song on this soundtrack. I found myself digging through them in Chamberlain’s office struggling to find a favorite.

Is KINGDOM of the DEAD perfect? Not by a longshot, but it’s a welcome entry into a genre overpopulated by looter shooters and shooters-as-a-service, with its challenging gameplay and beautiful hand drawn levels. If you’ve been itching for a DOOM-like title to fill you run’n’gun needs, you’d be perplexed to miss this little gem.