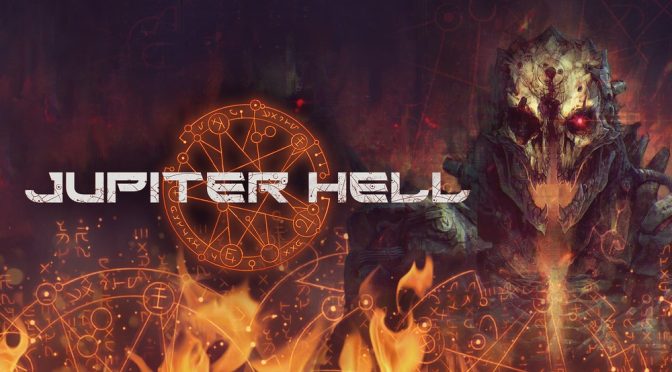 Jupiter Hell, developed by Chaosforge out of Poland, is the spiritual successor to a small game called Doom Rogue Like (otherwise known as DRL) and a self-proclaimed “de-make” of the iconic formula fit into a simple and addictive package. Appropriately described as “chess with shotguns,” Jupiter Hell is a true roguelike, meaning your objective is to complete the game in a single life causing you to die repeatedly and start from scratch. The repetitive nature of this gameplay loop is alleviated by randomly generated levels, enemies, and loot each time you play. The game’s lifecycle has a long and storied history. What started as a proof-of-concept later became a joke to incorporate Doom assets. After legal warnings were issued by Doom property owners, Zenimax Media Inc., the developer scrubbed the title clean of all proprietary assets. Needing a fresh influx of capital to finish the project, a crowdfunded Kickstarter campaign was formed that picked up traction with larger publications. The game was later put into early access sales on the Steam digital storefront. Initially coded in just 11 days, Jupiter Hell has been updated for nearly two decades and now launches its 1.0 update. None of these trials and tribulations will be apparent when you first crash-land on the moons of Jupiter and begin your first foray into this bloody demon-plagued world. 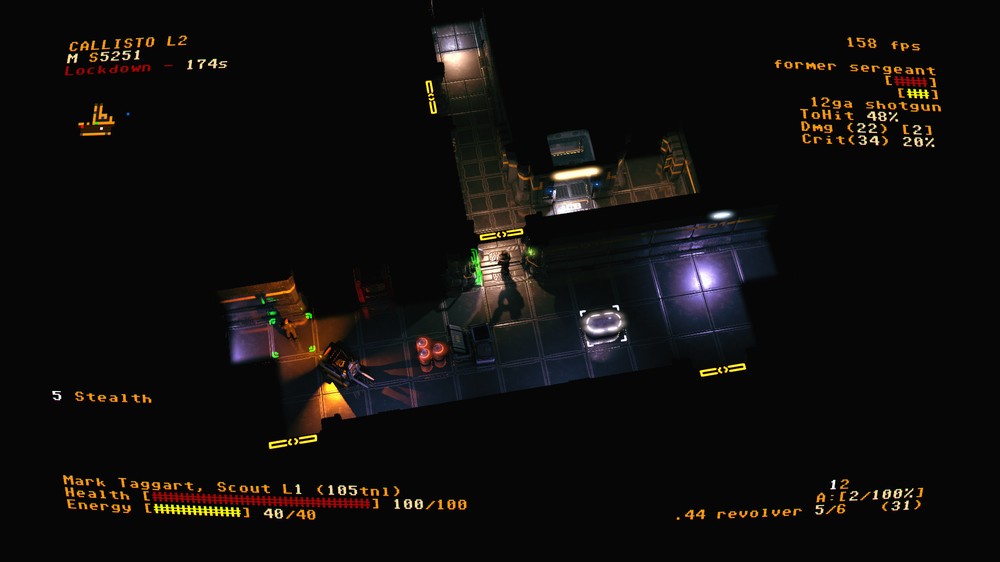 It’s important to set expectations for Jupiter Hell as it is the Doom formula that fits into the mechanics of this niche genre. For the uninitiated, a roguelike game is defined as having random environments, permanent death, and a turn-based grid environment. This definition is fluid and muddied as people and organizations have tried to put their finger on the genre. Most if not all definitions have fallen short including my previous description because in fact Tetris could then be considered a roguelike. But I digress. The point in defining this genre is to make sure you know what you’re in for. If you find this interesting and would then like to take it a step further and learn the nuances between a roguelike and a roguelite, I would direct you to the scores of passionate computer science majors who would like nothing better than to tell you the “right” answer. This pedantic black hole aside, I would define this game as a roguelike per its developers’ description and leave it at that. The systems governing these specificities are of note because they directly shape the way you interact with Jupiter Hell. 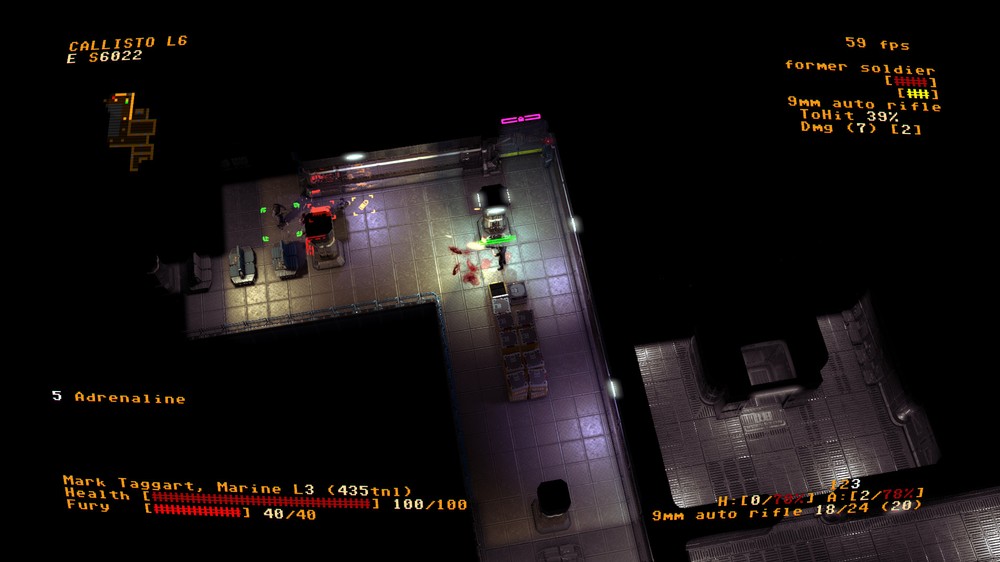 You’ll spend your time picking up increasingly better guns, grenades, artifacts, and armor. You have the classic medical packs and modification pickups, but once you gain enough experience points you’ll be prompted to choose an upgrade path that ultimately favors one style of play over another. Each movement, reload, and attack counts as a single move to which your enemy will be given a chance to respond. As you progress from elevator to elevator and moon to moon, enemies will become more varied and difficult. You will ultimately encounter a final boss, but the fun is found in how you get there then where you’re going. Will you choose to build your player as a hulking melee machine or perhaps a crack-shot pistol-wielding cowboy who favors distance and accuracy. Each time you die, all experience and loot is lost, setting you back to literal and figurative square one. The colorful descriptions of each decision leave you wanting to come back time and time again to forge a different path through this fluid and dynamic world. 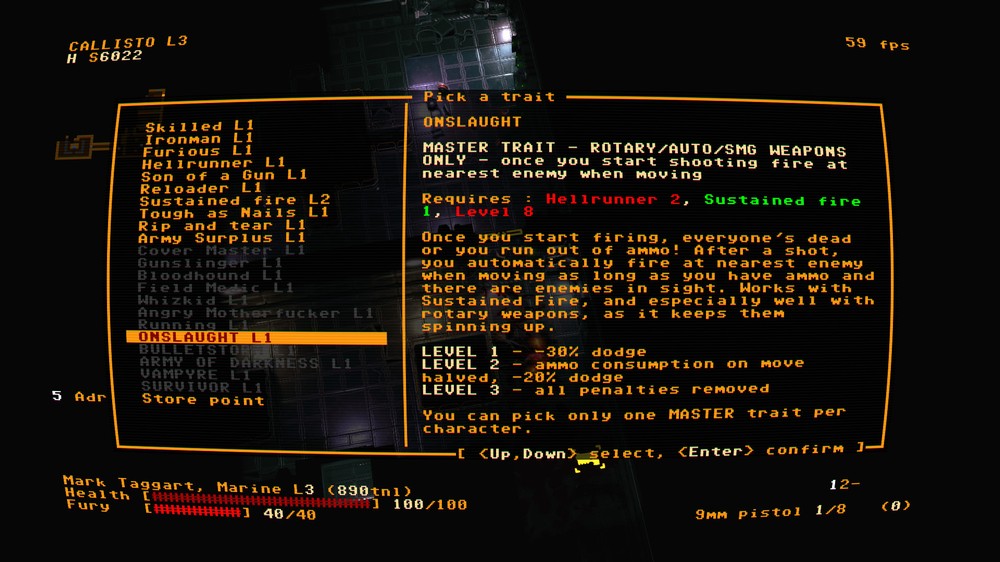 The art assets and sound design of the game harken back to 90s shooters on PC. The developers even made a CRT TV effect to interact with the menus and text. The other standout is the soundtrack. The heavy metal adrenaline-pumping rage coming from your speakers heightens the bevy of bodies that lay around your character as you hear him exclaim, “more blood for the blood god!” I love the way the game demands my full attention and even mocks me if I idle too long. My character once yelled at me to “Alt-Tab” back over. All in all the respect paid to the unholy legacy of demon-slaying in the 90s was top-notch and a hell of a lot of fun (pun intended).

This roguelike suffers from the Achilles heel of all games in its genre. Due to its randomly generated loot, levels, and enemies, the first 10 hours of most well-made roguelikes are thrilling and exciting as you knock against the program’s limitations and surprises. Likewise, veterans who have played scores of hours, choosing to beat the game dozens of times to see what new permutation will arise will feel the satisfaction of taking the code to its absolute limits. The problem lies in engaging the player between these two extremes. However, those who choose not to invest such extreme hours into the game will lose interest as soon as you get more than one or two bad random rolls of underpowered loot or overpowered enemies. Likewise, you’ll have some lives that make you feel powerful and skilled as you grab an overpowered gun to mow down underpowered enemies. Game balance and “fairness” with any roguelike is an unsolvable equation that asks the player to put up with a level of frustration in exchange for satisfying unpredictability. If you are a fan of other games like this, Jupiter Hell has a skill depth that you can happily sink hundreds of hours into.

I loved the pacing of this game. Moving as fast as I wanted and trying to react quickly to each new challenge in Jupiter Hell was absolutely enthralling. Likewise, being able to freeze time and think judiciously before my health reached zero felt heady and fun as the distorted guitar begged me to keep shooting. By offering a number of different challenges, play difficulties, and trials modes, Jupiter Hell aims to satisfy both players who only want to beat the game once and those who want to squeeze every drop out of the bloody clockwork innards that make up the game. I identify more with the former and at a $29.99 price point, you’re sure to get your money’s worth. Whether you’ve been playing early versions of Jupiter Hell for years or if you’re brand new to the genre, Jupiter Hell is well worth your time and money. 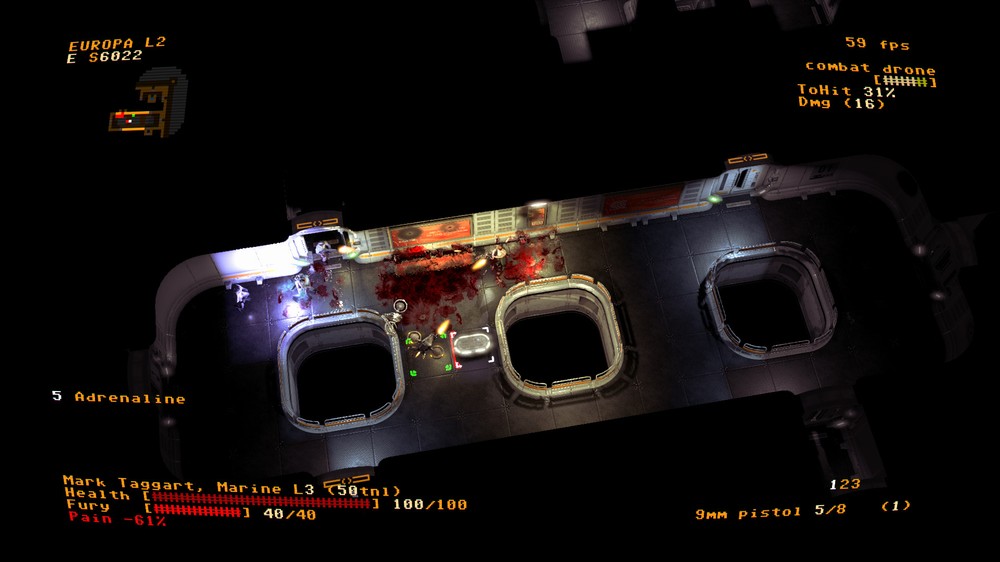 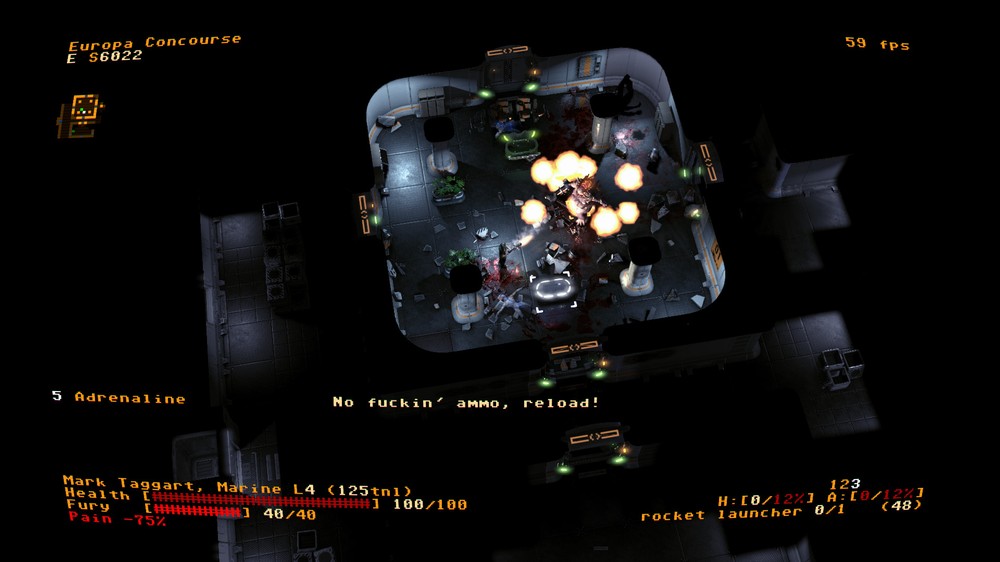 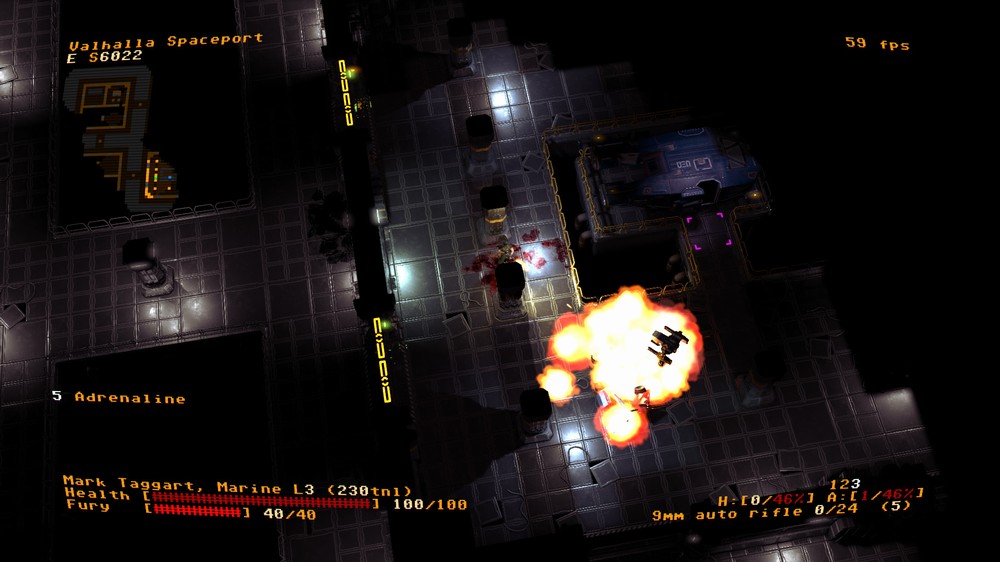 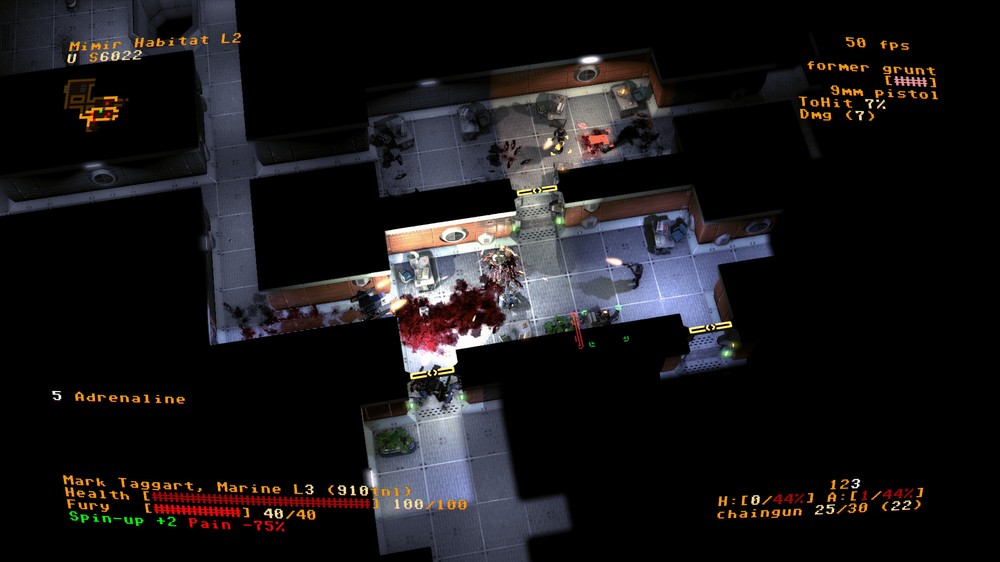