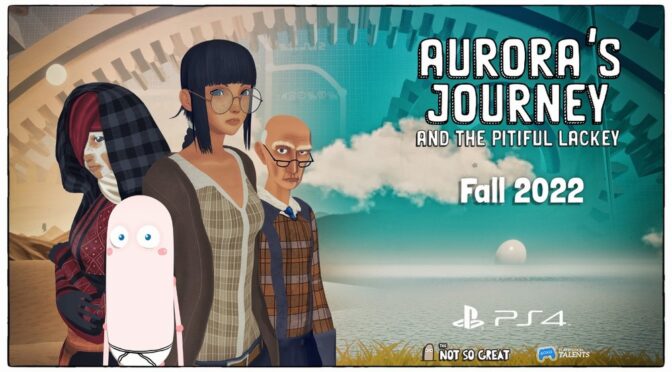 Sony Interactive Entertainment España (SIE España), Gammera Nest and The Not So Great Team announce that the side scroller Aurora’s Journey and the Pitiful Lackey has reached gold phase, and will be released later in 2022 on PlayStation 4 and Steam. Players can already wishlist the game on both platforms and will also have the chance to play the game’s demo on the Steam Next Fest, that will be held on June 13-20. You can watch the game’s first trailer below.

The year is 1927, Aurora Aylesworth is a young astronomer that lives with Lackey, a member of a robotic race of alien creatures known as the Robotos, who arrived on Earth 19 years ago. But everything changes when, one day, Aurora receives a mysterious note with information about her missing father, who disappeared four years ago while researching Eureka, the Roboto spaceship. Aurora will set on a journey following the clues her dad left in an old journey with the help of Lackey.